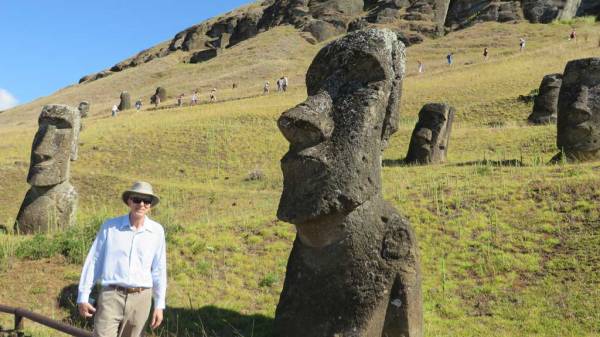 What a beautiful day for an Easter Island Shore Excursion in Rapa Nui, as it’s known to the native islanders.  It was a sunny warm summer day.  Swells on the South Pacific made the tender ride challenging.  The approach to the small harbor was particularly exciting as the tender boat bobbed among the rocks and crashing waves lining the entrance to the port.  We took the ship’s tour to visit the sites and enjoyed it immensely.  The tour involved subcontracts to a host of Easter Island travel companies and a wide variety of vehicles.  We were in a van with air conditioning while others on are tour were crammed into under sized buses with terrible ventilation. 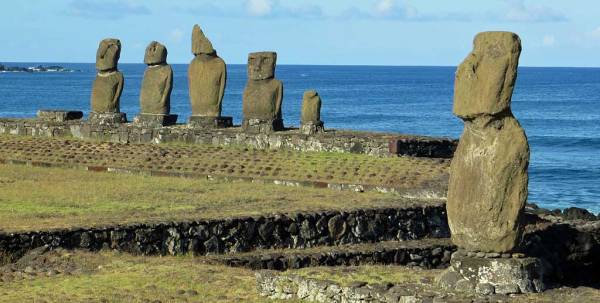 Our first stop was Tahai.  This site has 5 stone figures on an ahu (ceremonial platform) plus two others nearby.  One has the distinctive red top knot head dress and white eyes. The site also has a number of small ruins about it.  The morning sun lit everything magnificently and the cruise ship provided a backdrop for photos. An amazing start to the tour. 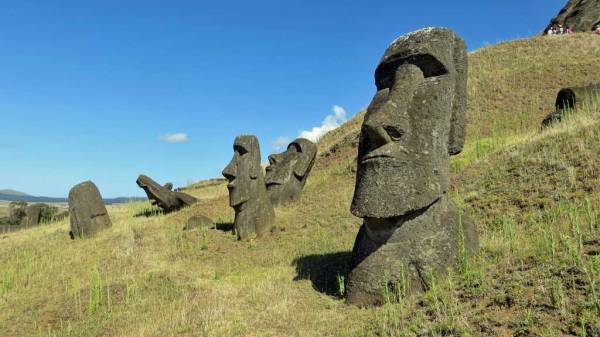 The next stop was the quarry at Rano Raraku, which was a surprising concentration of ruins.  Visitors walk on pathways up the side of the quarry among numerous carvings in every imaginable state of completion.  It seems like the stone heads are in the process of rising from the ground of their own volition.  There is also a view of Tongariki from the quarry. 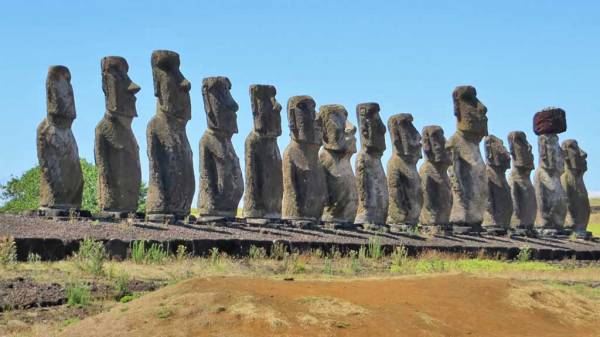 The third stop was Tongariki. There are 15 moai here.  They were toppled by a tsunami but were subsequently restored on top of the ahu.  These stone carvings are impressive for their great size.  Good pictures were difficult to obtain because they face inland with the lat morning sun behind them. 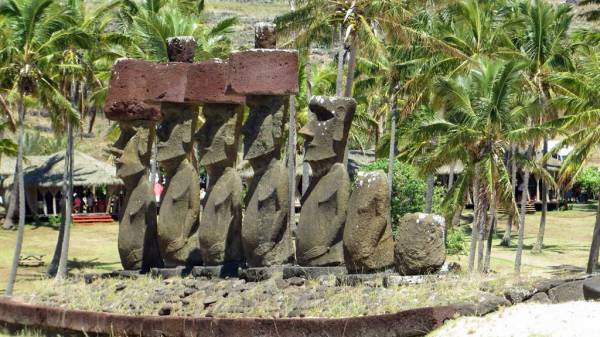 The last stop was Anakena Beach for the Ahu Nau Nau stone statues.  This site was enchanting as it differs markedly from the stark surroundings of the quarry and Tongariki.  There is large stand of palm trees beside the moai.  The statues are smaller and many have red top knots.  The ahu is set just back from a gorgeous sandy beach with beautiful blue waters.  This is the most picturesque location on the island.

We were too exhausted to continue any further sight seeing after our 4 hour adventure and returned to the ship.  The next morning we planned to visit Orongo and Ahu Akivi but the South Pacific had other ideas.  The swells that morning were too high to tender ashore.  We set sail on a circumnavigation of the island and the departed for French Polynesia.  We were so happy to have had perfect weather and to have seen all the major attractions the day before.

Next stop on the Oceania Marina itinerary, Pitcairn Island. 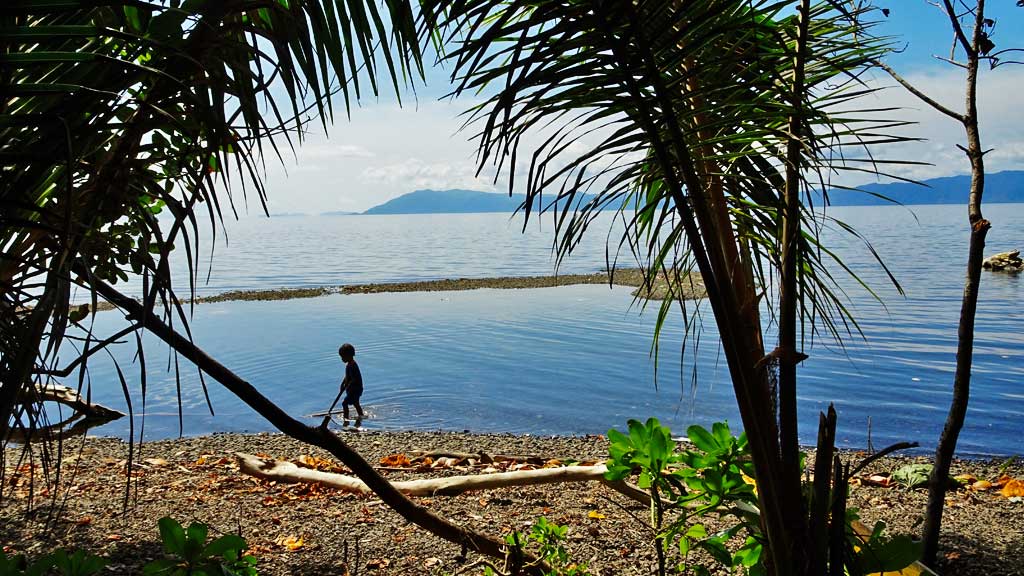 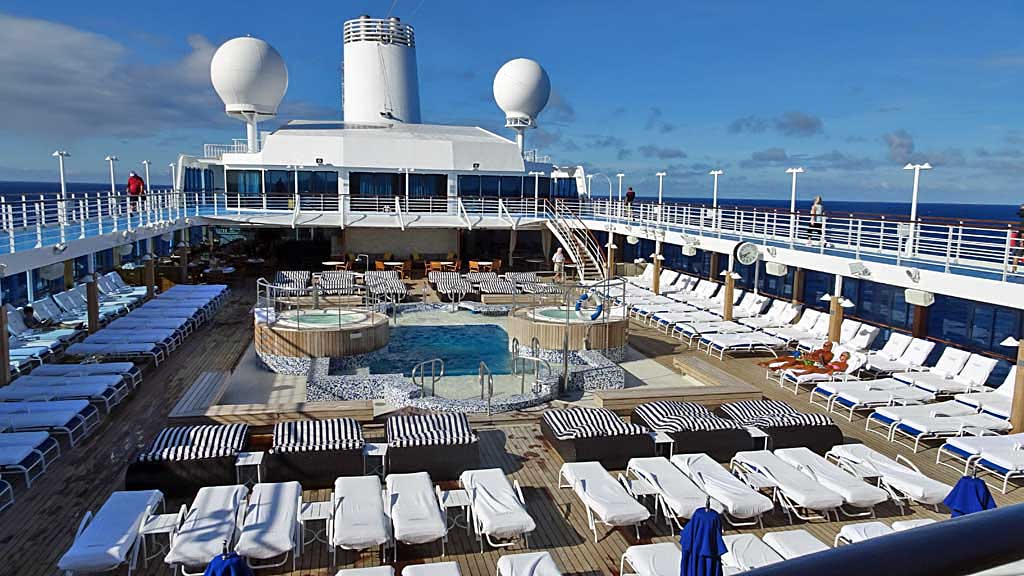