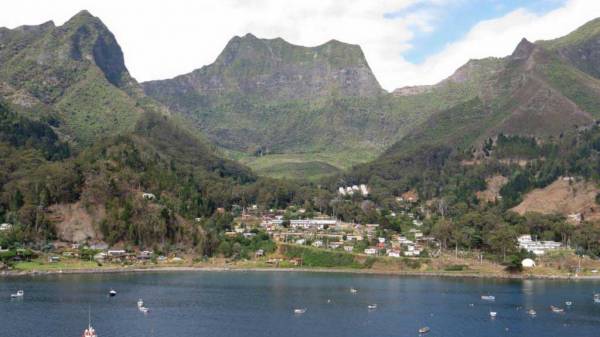 Robinson Crusoe Island Shore Excursion – On Our Own

The Oceania Marina anchored in Cumberland Bay after a 2 day cruise from Valparaiso, Chile.  Don’t confuse this island with one in Fiji.  The ship didn’t provide an organized tours, so we tendered to shore and proceeded to create a Robinson Crusoe Island Shore Excursion – On Our Own.  First we walked through the tiny “plaza” of benches and a flag post at the landing on San Juan Bautista.  From there, we walked west past the cemetery to see the remains of a canon on the shore.  This spot is where debris from the sinking of the German WWI warship Dresden can be see.

Next we walked back to the main part of town.  Along the route, there is further evidence of decaying canons and artillery strew among the make shift homes.  The post office is a popular tourist stop for sending post cards.  Local lobster was in season, so a couple small restaurants were cooking this local delicacy.

After that, we walked up the hillside to the Caves of the Patriots.  About 300 Chilean Patriots dug Patriots Caves (Cuevas de los Patriotas) into the hillside.  They lived in the caves after their defeat at the Battle Rancagua in 1814.  They endured hunger, cold and wet conditions for three years.  Above the caves is the Mirador Selkirk viewpoint, where Alexander Selkirk spent several lonely years trying to spot a vessel to save him in 1704.

For the final section of our walking tour, we walked back down to the shore on the east side of town.  There we visited a park constructed around abandoned artillery and canons. 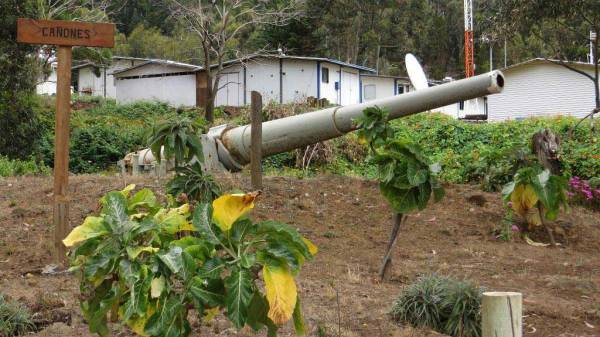 Robinson Crusoe Island – The Story Behind the Name

The island gets its name from Alexander Selkirk.  Alexander doubted the sea worthiness of the ship called the Cinque Ports.  He asked to stay ashore while the vessel went for restocking in 1704.  The ship sank and Selkirk ended up being marooned for 4 years.  In 1719 Daniel Defoe used the incident as the basis for his Robinson Crusoe novel.  The cave Selkirk lived in can still be visited.  It is located 2.5 miles northwest of the village.   Mirador de Selkirk is the promontory where Selkirk would attempt to signal ships. 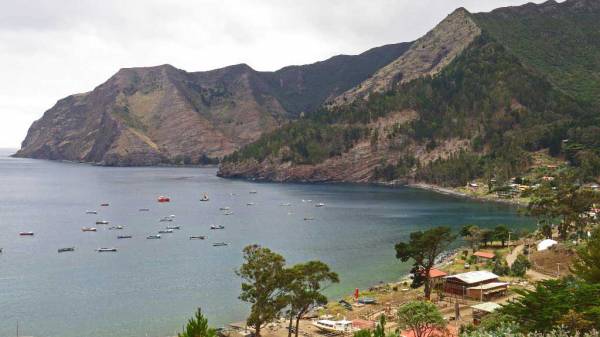 Robinson Crusoe Island is also known as Mas a Tierra (closer to land) because it is the closest island in the Juan Fernandez Archipelago to South America.  It is also referred to by its earlier name of Juan Fernandez Island in honor of the first captain to land there in 1574.  The Chilean government changed the name to Robinson Crusoe Island in 1966.  It is 400 miles (675 km) off the coast of South America.  The other two islands are Alejandro Selkirk and Santa Clara.  Only Robinson Crusoe Island is inhabited.  About 1,000 people live in the town of San Juan Bautista.  There is no evidence of any occupation prior to the rival of Europeans.

Thee Humboldt Current cools the island.  Wildlife on the island includes Magellanic penguins, the endangered  Firecrown hummingbird and a unique fur seal.  The harvest of spiny lobsters drives the economy.  Fishermen export their lobsters to mainland Chile.  There is little tourism on the island, but diving to see the sunken WWI German battle ship Dresden is becoming popular.  The Dresden was the only surviving ship from a battle in the Falklands.  The British tracked the Dresden for weeks before sinking it at Robinson Crusoe Island.

Next stop on the Oceania Marina itinerary, Easter Island. 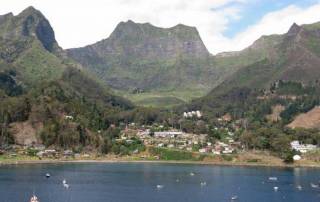 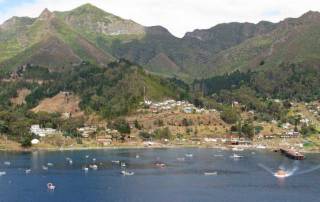 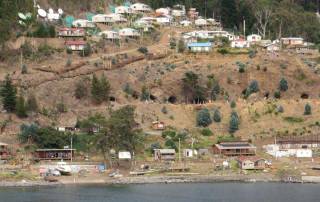 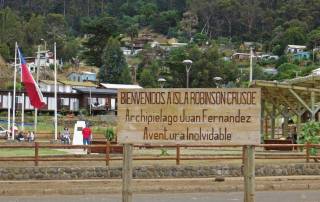 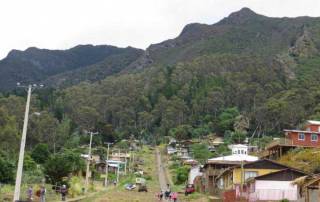 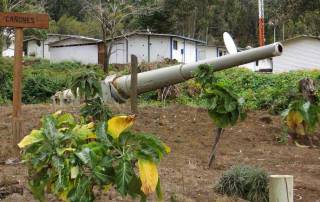 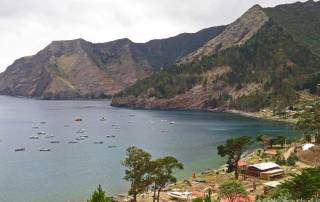 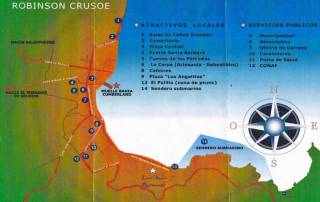