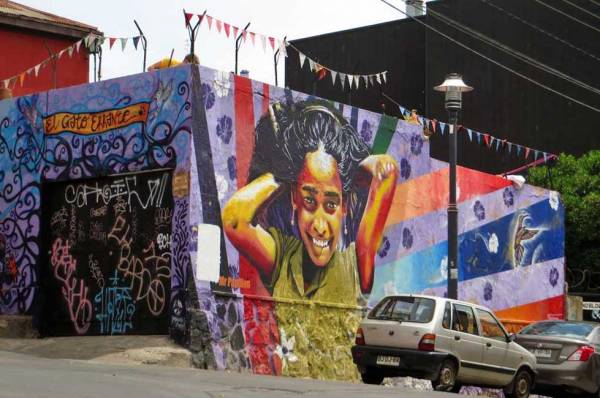 The Marina docked right beside Old Town Valparaiso and the Plaza Sotomayor, but it ended up being a challenge to reach the plaza it.  A shuttle bus was was necessary to reach the cruise ship terminal about 1.5 miles away.  Once the buses were unloaded, we also had to go through customs with those permanently disembarking.  Then we had to find a taxi and pay $10 US to get back to Plaza Sotomayor.  By then we were a half hour late for our Tours For Tips sight seeing and had to wing it from what I remembered from previous research. 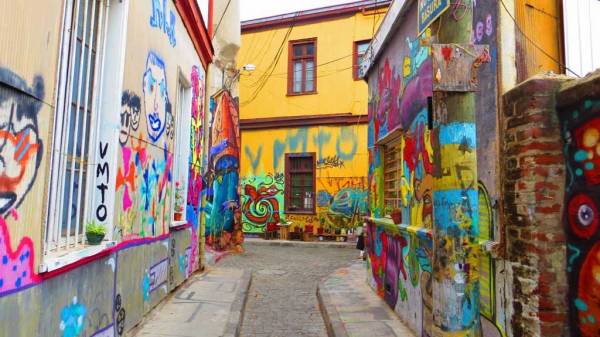 At the plaza we wandered back toward the hillside and found stairs up the embankment but no funicular.  We asked for help in Spanish and we able to find the Ascensor Concepcion funicular about 3 blocks away.  For 1$ US they let two of us ride up.  It might seem a bargain but when you saw how old and ramshackled it was, it seemed over priced.  The wooden box with a dented tin roof was pulled by cables up the hillside.  About 8 people could fit in.  You could see the rusted steel cable and a lock nut precariously holding the cable together. 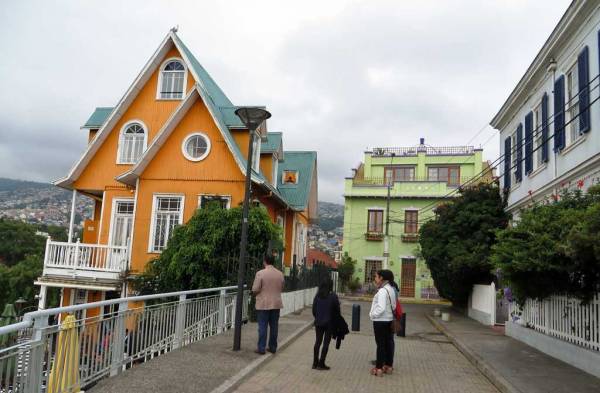 The ride takes only seconds, but it’s comparable to a Disneyland adventure without safety standards.  It was lots of fun.  At the top, we wandered the streets and view points.  The nooks and crannies of narrow streets were full of amazing graffiti.  We also enjoyed the views from Paseo Gervasio and Paseo Yugoslavia, plus we saw several churches.  Eventually we found our way past the Baburizza Palace and down the maze of streets and paths to Plaza Sotomayor, where we had started our adventure. 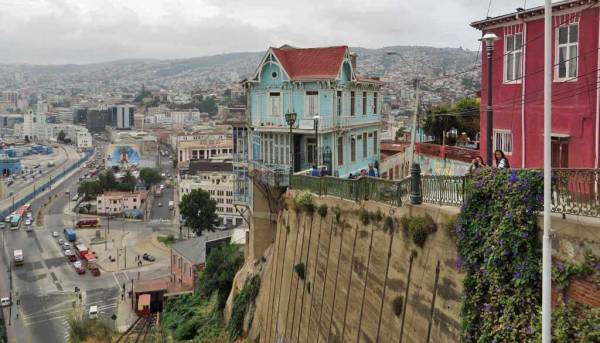 Back at the plaza, we then walked south to the Ascensor Artillera funicular.  This one is often shown in pictures for the dramatic view as it passes by an old mansion hanging precariously along its path.  The house, called Casa Quatro Vientos, is now a restaurant.  The funicular was larger than Ascensor Cerro, but again we were the only tourists participating.  We spent very little time at this viewpoint and chose not to visit the naval academy.  We soon rode the funicular back down again. 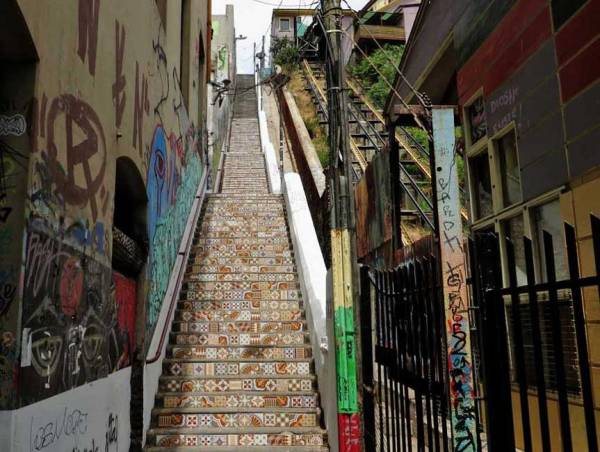 Back at harbor level, I negotiated in Spanish for the cab ride back to the terminal.  It wasn’t until we were on route that the driver explained that his black and yellow vehicle wasn’t a city cab but rather a vehicle for transport to rural areas.  We all had a good laugh, as we were all happy with the result.  He dropped us near the terminal.  We crossed the subway line and entered the port on foot by walking in the middle of the road.  Unfortunately at the cruise terminal there were hundreds of passengers boarding the Marina, so it took a very long time to get back to the ship. 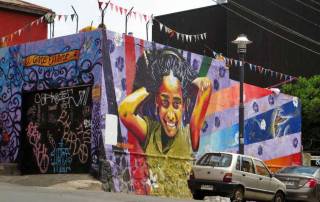 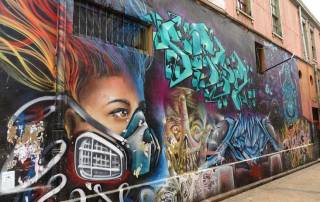 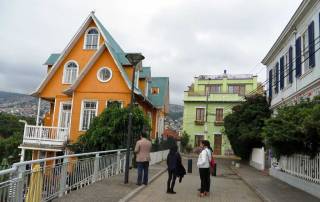 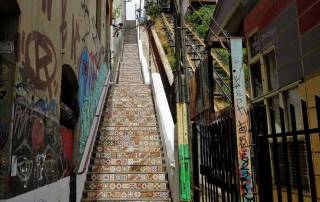 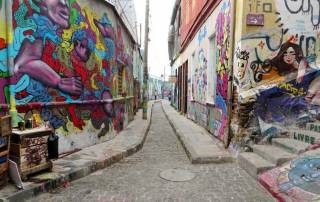 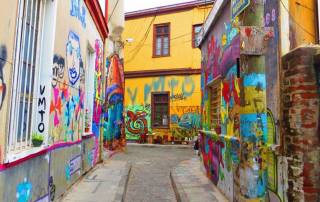 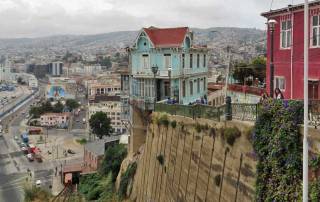 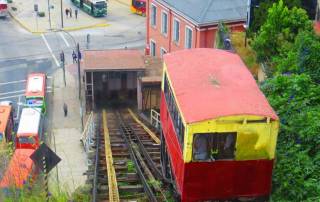 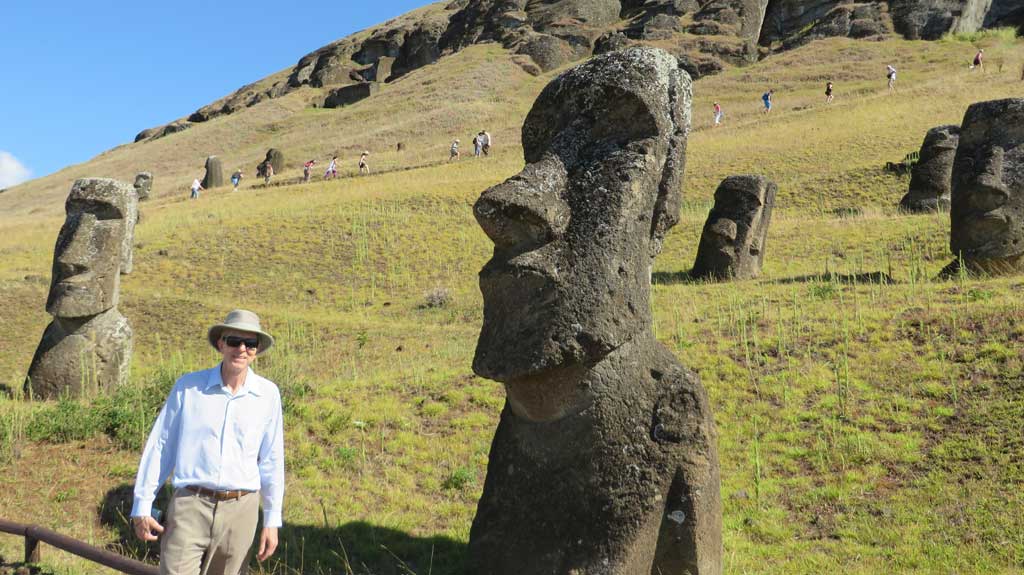 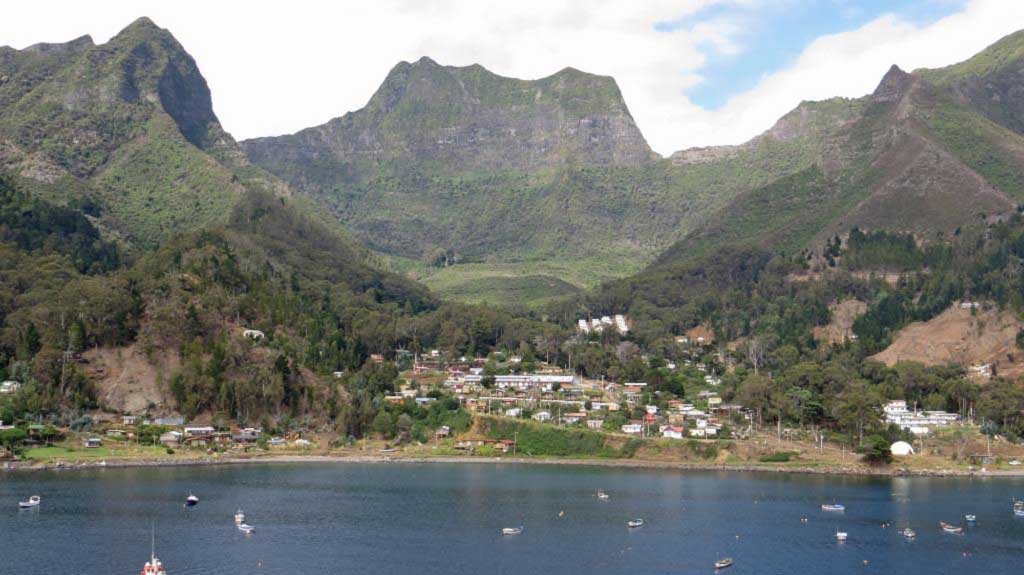 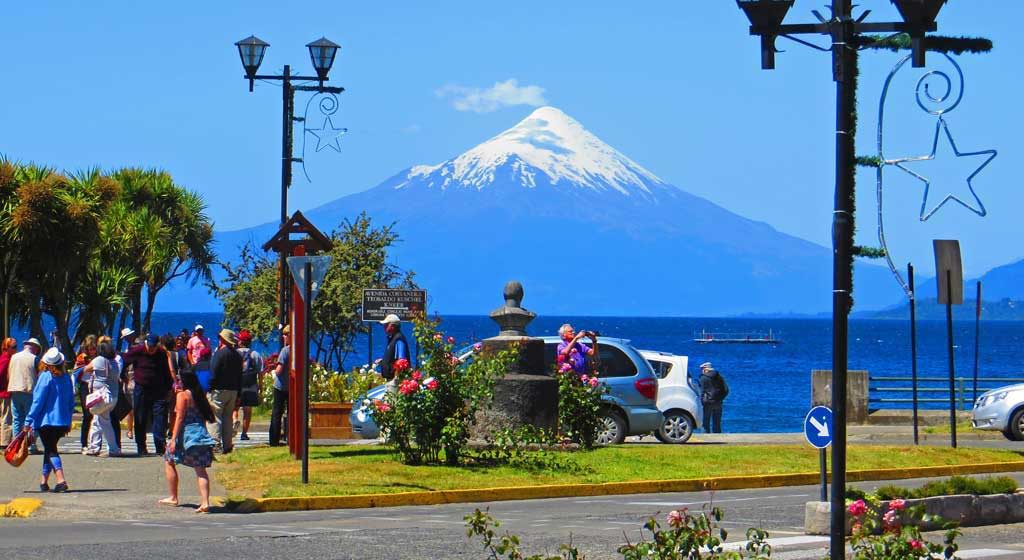