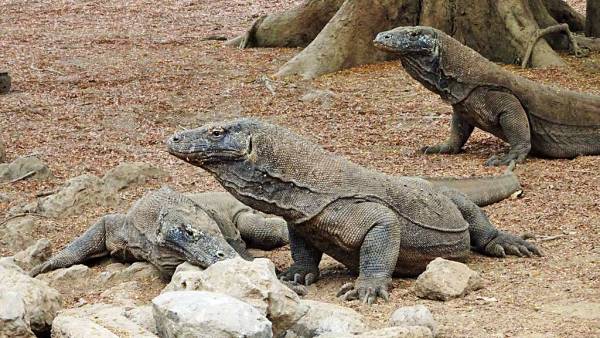 Our Komodo Island Shore Excursion was a blast, but many people on our Oceania Regatta cruise didn’t agree. Top Komodo Tours provided my independent shore excursion. The Top Komodo Tour included about 1.5 hours looking for Komodo Dragons, lunch on a cruise across the bay and snorkeling at Pink Beach. The Oceania Regatta shore excursion only did the trek to look for Komodo dragons.

The Komodo Island weather was sunny, humid and extremely hot. The Komodo Island Shore Excursion group trekked in 93 F (34 C) heat through the dried brush, withering trees and palm trees that were barely surviving. The rainy season should have started 2 months earlier, but global warming has changed that. Some trees had large bee hives high up on their branches. Our guide, Efrid (or Fritz) warned us not to disturb them. Efrid also pointed out a typical fallen palm tree, which always has almost no root system. 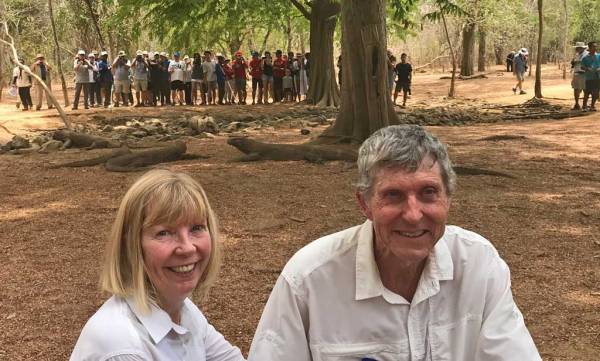 As we trekked with several other shore excursion groups around us, I began to realize how unlikely it would be to find Komodo dragons in these dried out conditions. The National Park figured out how to solve the problem of finding dragons though. Soon we came across 5 Komodo dragons that were resting at a man made watering hole. 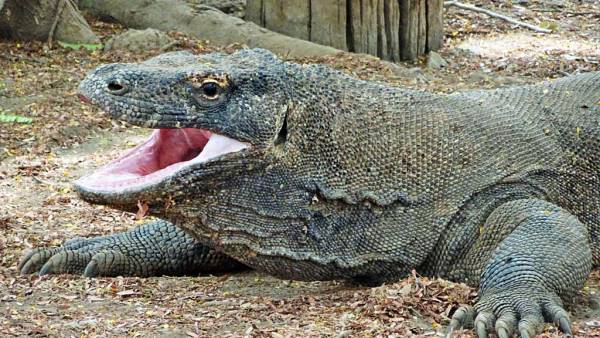 Komodo Dragons at the Watering Hole

The Komodo Dragons all laid flat on their bellies and motionless at the watering whole. I suspect their weight causes them to rest on their bellies all the time. Not quite the impressive sight we were expecting. Two of the Komodo Dragons did get up and move though. One dragon showed off his long forked tongue. A small Komodo dragon suddenly advance toward the tour groups. Spectators began to panic and retreat, but the guides shouted out to tell the group to remain calm and hold our ground. The Komodo dragon then stopped. On the rest of our 90 minute trek we didn’t see any more Komodo dragons, but we did see a wild boar and a wild chicken. 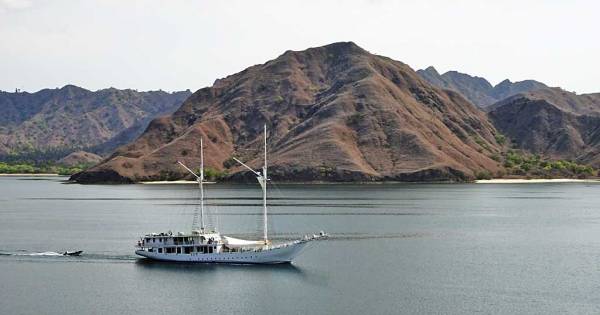 Several deer were wandering near the pier at the end of our Komodo Island Shore Excursion. These deer are a favorite target for Komodo dragons. When a Komodo bites a deer, venom will eventually kill the deer. The Komodo will track the bitten deer for days until it eventually catches its weakened prey. 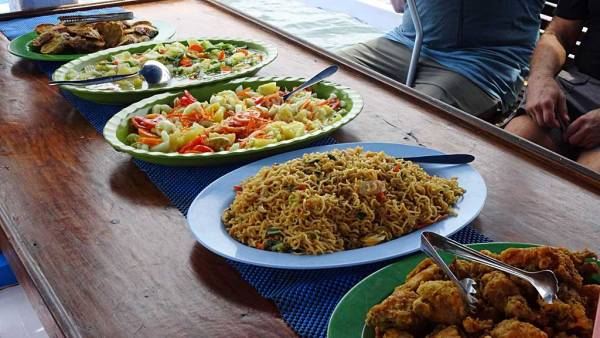 At the end of the Komodo Dragon trek, some tourists complained that they were underwhelmed. The Oceania Regatta tours returned to the ship by tender, while our Top Komodo Tour proceeded to board a long narrow two story wooden boat. Smoke from an open barbecue on the back deck let us know lunch was being prepared. The boat was covered on the lower deck. The slight breeze and shade helped protect us from the oppressive heat. The traditional Indonesian Lunch was impressive. The Spanish mackerel caught that morning was a big hit. 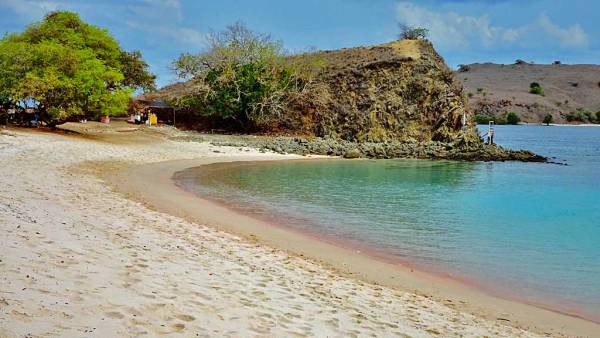 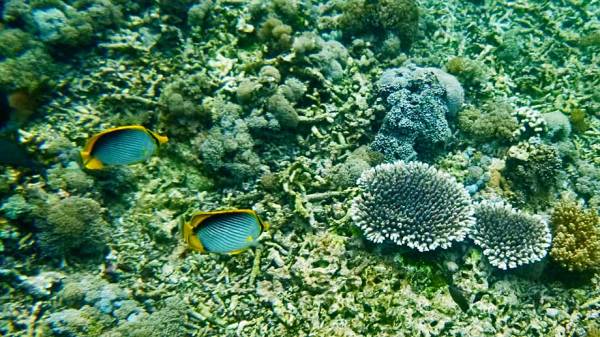 So, it was time to try an Indonesian snorkel experience. Two great things happened then. First the water temperature was perfectly refreshing. Secondly, a coral reef full of tropical fish was only a few short swimming strokes off shore. Everyone marveled at the abundance and diversity of fish. The fish swam among many different types and colors of coral. Parrotfish chomped at the coral. Butterflyfish, Moorish idols, clownfish, wrasses, tangs and triggerfish darted about. Several people commented that they saw more fish at Pink Beach than at the Great Barrier Reef. 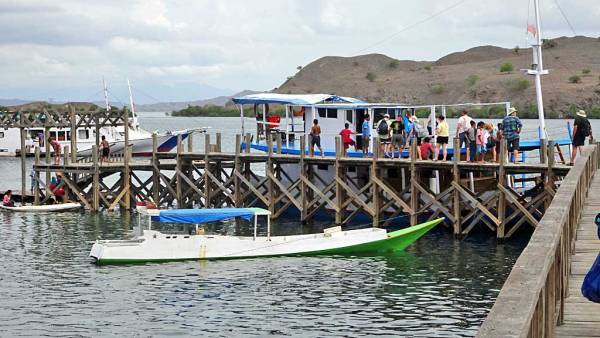 Our snorkel experience rejuvenated us and created a giddy mood. Pink Beach and Komodo Island were a highlight of our Oceania Regatta cruise. Back on board the ship, our conversations were awkward because those who hadn’t taken the independent Top Komodo Tour were very disappointed with Komodo Island, while we raved about how wonderful the day had been.

The future for visits to Komodo Island is steeped in uncertainty. The Indonesia government originally announced a one year closing of the National Park to help restore habitat for the dragons. After pressure from locals on Komodo Island, who depend on Komodo Dragon tourism, the government announced plans to limit the number of visitors and charge $1,000 per person to enter the park. Getting good information about what is going to happen and when is very difficult. So, we are even more grateful for our Komodo dragon and Pink Beach snorkel experience. 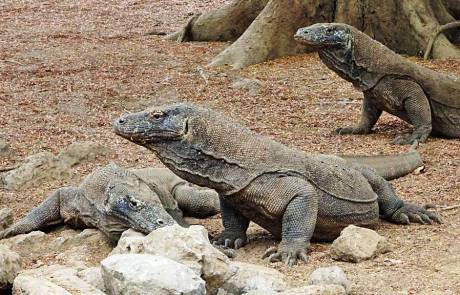 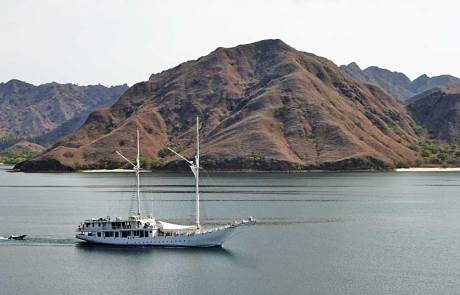 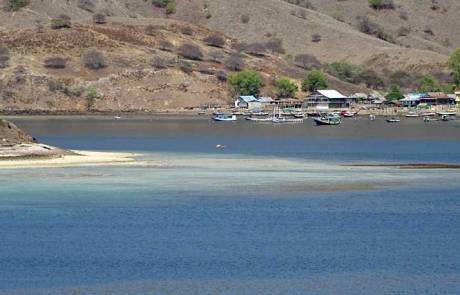 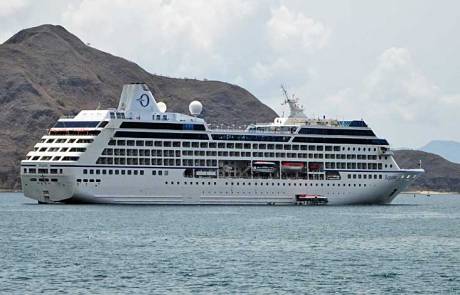 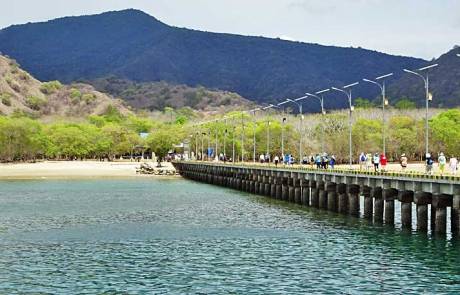 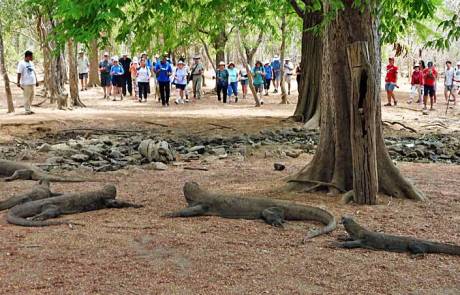 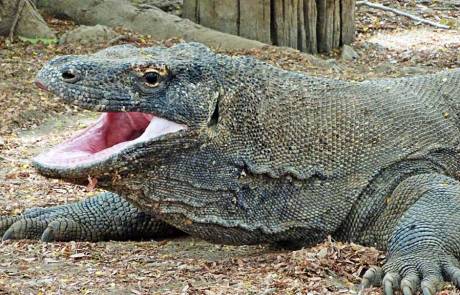 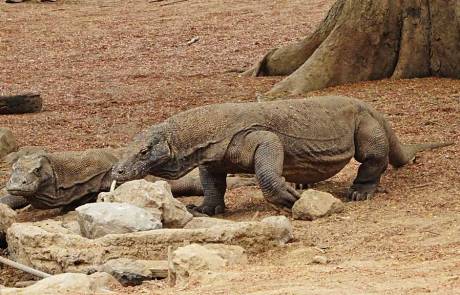 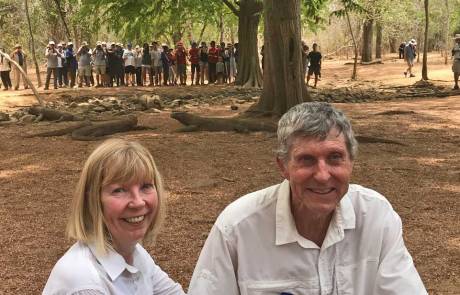 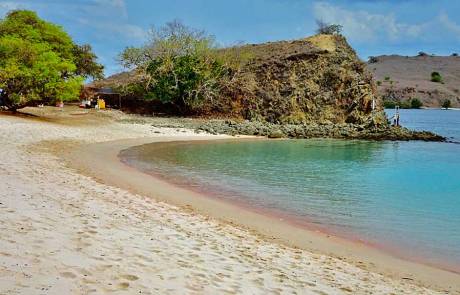 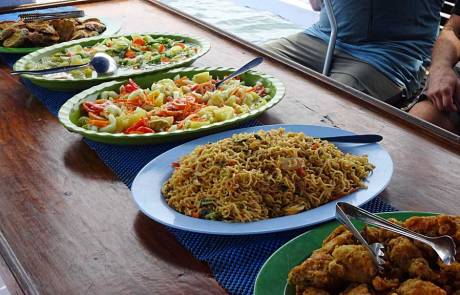 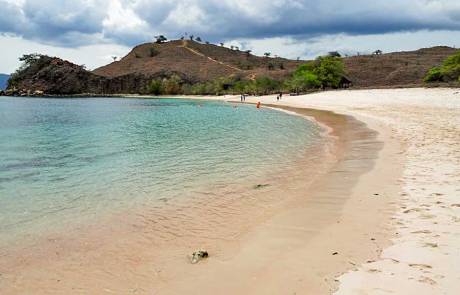 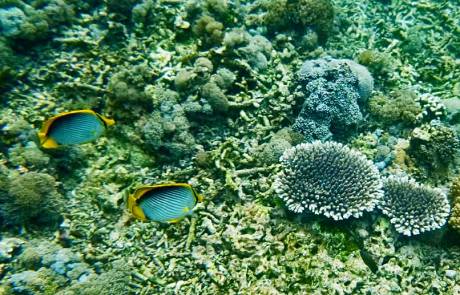 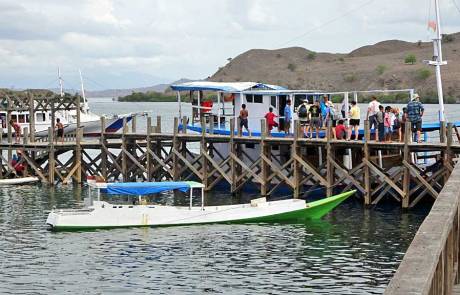 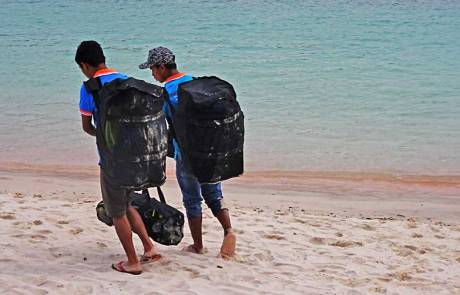