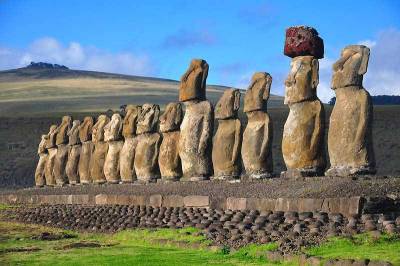 Many of the major sites on Easter Island are located in Rapa Nui National Park and require a $60 US permit, which is good for multiple days. Cruise ship tours will include the usage fee and will provide a wrist band for continued use after the excursion. Cruise ship excursions can be very expensive. Major online vendors avoid Easter Island cruise ship excursions, because of the high risk of cancellation due to sea swell. 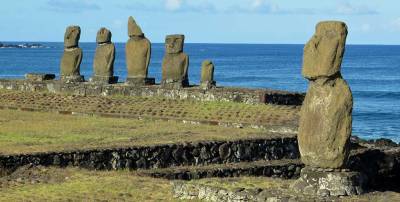 For an online local tour, we like Marcus Edensky who operates Easter Island Travel. The main sites to see are Ahu Tahai, Ahu Tongariki, Rano Raraku quarry and Anakena beach, which can be covered in a half day tour. Round out your visit with a trip to Orongo at the Rano Kau crater and a visit to Ahu Akivi.

Rano Raraku Quarry is a highlight of a visit to Easter Island. Nearly 400 stone moai are found in various stages of carving, strewn about the quarry. Some moai are partially buried and some are toppled and tilted. The quarry ruins create an eerie sensation of ancient cultures rising from the earth. Rano Raraku is in the UNESCO World Heritage Site of Rapa Nui National Park. 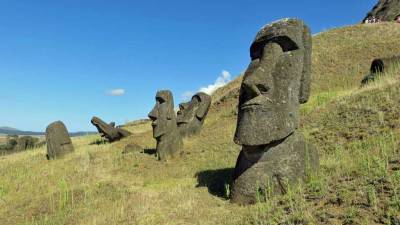 With 15 moai carvings, Ahu Tongariki is the largest and most photographed location on Easter Island. Unfortunately the the faces of these moai are shaded in most pictures. The best views are in the early morning or at sunset. Ahu Tongariki is located on the ocean and is only about a 5 minute drive from the Rano Raraku quarry. The moai were knocked down by a tsunami in 1960 and the Thor Heyerdahl expedition righted them again. These moai stone carvings are older and worn, unlike the more intact carvings in the Rano Raraku quarry.

This site has 7 restored moai placed just inland from the sand at Anakena Beach, plus one on a nearby hill. Four of the moai have red top knots on their heads. Legend indicates this is the location where the Polynesians landed and formed the first settlement on Easter Island. Anakena Beach is located on the opposite side of the island from Hanga Roa. It takes about 35 minutes to reach Anakena Beach and the main road across the island is paved. The faces of these maoi point inland to the west, so they are best viewed at sunset. 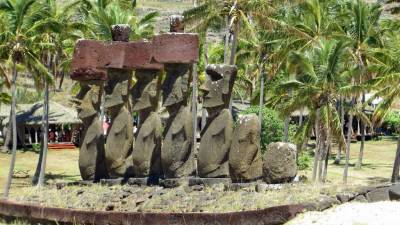 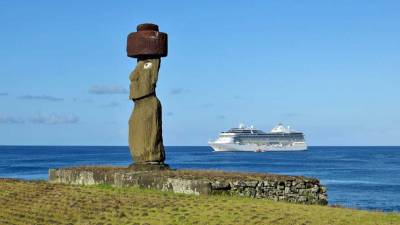 Tahai of the oldest moai sites. Five moai stand in a line together. Two other moai stand nearby. All these moai are heavily weather worn. The site was restored in 1974. One of the moai is referred to as Ko Te Riku and has its eyes distinctively restored. Ahu Tahi is located about 5 minutes north of the town of Hang Roa. These maoi face inland to the east and are best viewed at sunrise. Cruise ships anchor just offshore from Ahu Tahai. 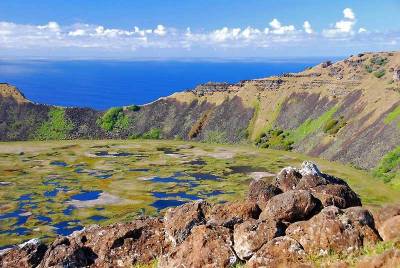 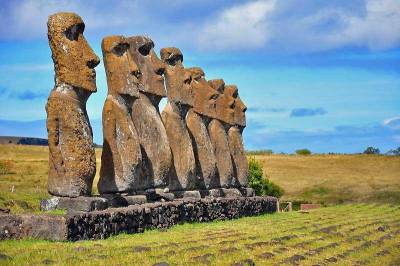 The moai were created by a civilization that probably inhabited the island about 1,000 years ago. The landscape then was lush and forested. Climate change, plus the introduction of disease and slave trading after 1722 nearly caused the nearextinction of the Rapa Nui. Today Easter Island has a permanent population of about 5,000 people. The languages spoken are Spanish and Rapa Nui. 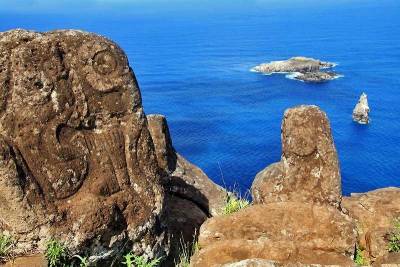 Get to Easter Island

It’s not easy to get to Easter Island, because it’s one of the most remote islands in the world. Easter Island is in the southeast Pacific, more than 2,000 miles west of mainland Chile. Mataveri International Airport (IPC) provides access to Tahiti or Santiago, Chile. Very few cruise ships visit Easter Island, because of its remote location and the constant swell that makes it difficult to tender passengers to shore. Flying into Easter Island ensures your visit is not compromised by rough seas. Most visitors take an organized tour of the island, which can be covered in 1 or 2 days. Cruise ship passengers can cover all the major sites in one day.

Easter Island weather is fairly constant year round, with average temperatures from 72 – 77 F ( 22 – 25 C). So there is no particular time of year that is best for a visit. The months of November – February do have some potential for temperatures to reach the high 80s F (30s C) though. Precipitation does not vary greatly throughout the year, but is lowest from November – February.

Easter Island is volcanic in origin and is about 15 miles long. Its capital is Hanga Roa. There are 3 freshwater craters on the island but there are no rivers. Easter Island became a territory of Chile in 1888. Rapa Nui National Park is a UNESCO World Heritage Site containing more than 800 stone carvings, called moai. The carvings are spread over the entire island. Some carvings reach a height of 13 feet high. Their size is difficult to perceive in pictures. 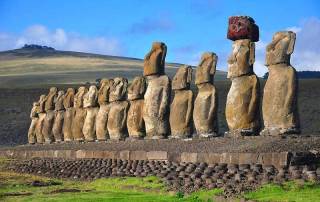 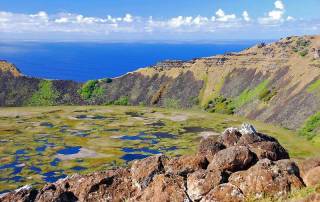 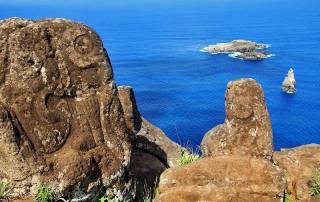 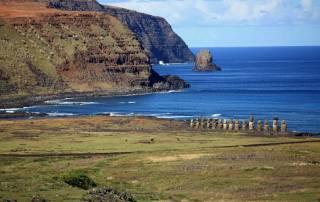 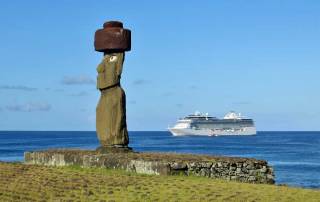 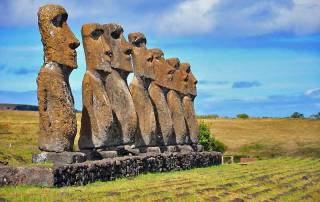 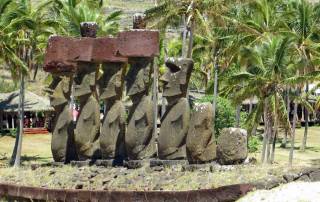 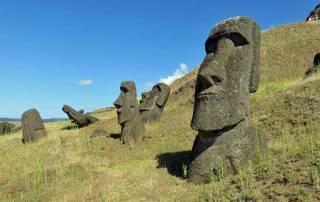 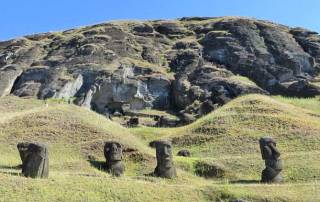 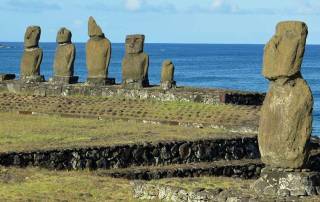