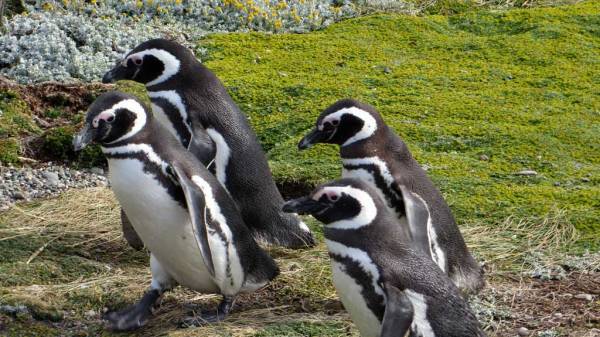 Otway Penguin Colony – Getting There

My G Adventures End of the Earth tour used a local bus line between Puerto Natales and Punta Arenas.  The trip was about 3 hours.  After getting settled at the hotel, we were picked up by a local tour company for our Otway Penguin Colony Tour.  The one hour bus ride out was entertaining.  Patagonia is rolling grasslands in this area.  Gauchos were driving cattle across the plains.  Sometimes we had to wait while cattle crossed the gravel road.  We also saw wild guanacos, which are alpaca relatives.  Plus I was surprised to see wild rheas, because I’d never heard of them before.  They are South American ostrich relatives.  A German member of our tour was so excited when the bus stopped for a rhea, that he jumped off the bus.  Everyone was more amused by him than the bird, as he chased it across the grassland for a photo. 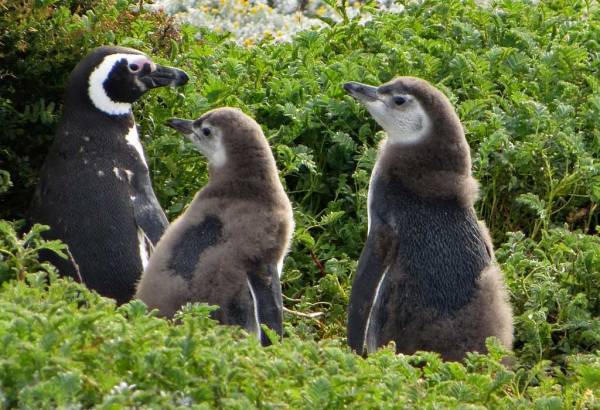 Our guide told us that the Magellanic Penguins at Otway are rapidly reducing in numbers due to climate change.  He said that when he was a child, they always used to skate on ponds, but now they never freeze over.  The food supply for the penguin colony is disappearing and will soon mean the end of the colony.  The Otway Penguin colony is extremely small.  It had approximately 50 pairs of penguins in our 2014 visit.  The colony is on privately owned land.  The entrance fee to the site is very reasonable. 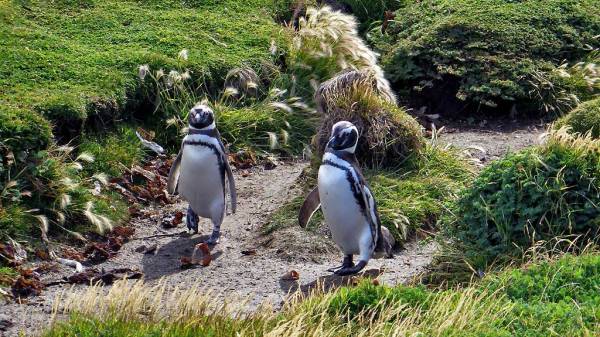 The Magellanic Penguins arrive on the shore of Otway Bay in September/October to nest and they leave in March/April.  In our January visit, the newborn penguins were molting their baby fur and learning to swim.  We spent a little over an hour at Otway.  The nesting area is very small.  Visitors must use marked trails.  You can cover these easily in a half hour.  Otway has a peaceful, intimate atmosphere, but there’s a sadness associated with witnessing the ongoing decline of this penguin colony.  If you have the opportunity, consider visiting the Magdalena Island Penguin Colony instead.  There are over 50,000 penguins at that colony. 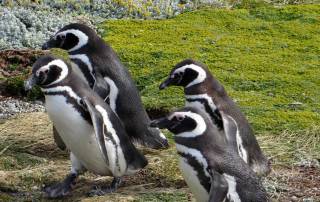 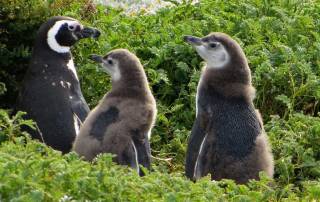 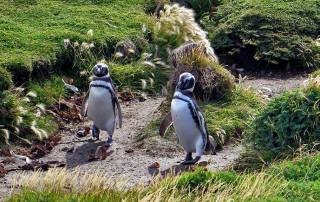 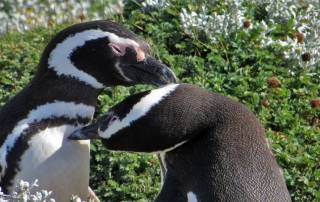 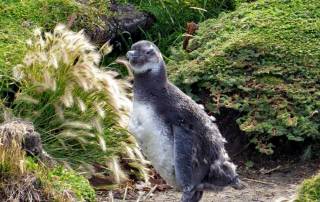 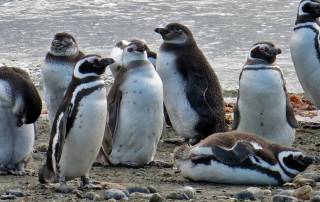 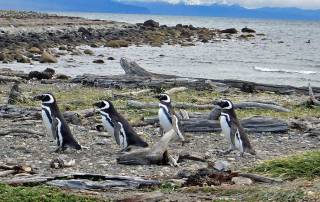 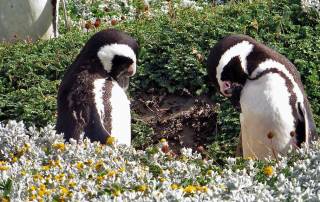 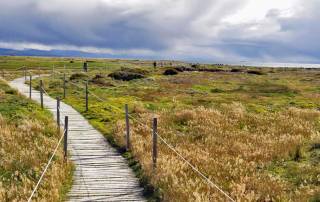 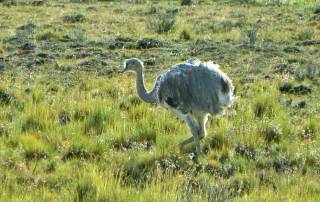