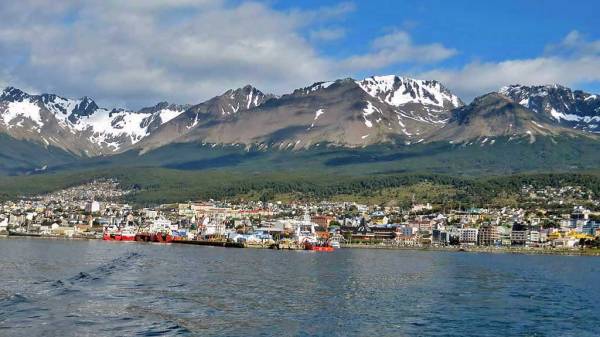 My End of the Earth Tour with G Adventure in 2014 included a Beagle Channel Cruise from Ushuaia.  You don’t need to be part of an organized tour though.  You can take the cruise directly from the harbor with tour boats from Rumbo Sur, PiraTour or Patagonia Adventure Explorer.  G Adventures used Patagonia Adventure Explorer and I liked their smaller size of boat, plus an open upper deck.  I took some meclizine before I got on board, because I suffer from sea sickness on small boats.  The meclizine worked perfectly for me.  The wind and choppy seas enhanced the adventure. 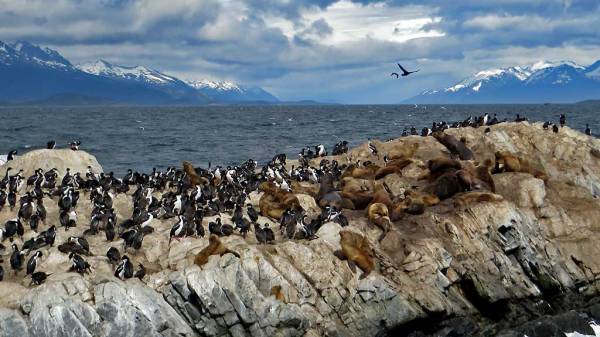 The Beagle Channel Cruise travels from Ushuaia out to a number of nearby islands.  If you get a sunny day, it’s a beautiful view back to Ushuaia.  The town is nestled at the base of snow capped peaks, even during the height of their summer in January.  The first island was cruised past was Bird Island.  It was full of South America cormorants.  These black and white birds look like penguins to most tourists, so we were unjustly over excited.  When I say cruised past, I mean very close, like 10 feet from the rocky island.  The seas around the islands were covered at the surface with thick seaweed that likely helped support all the marine life. 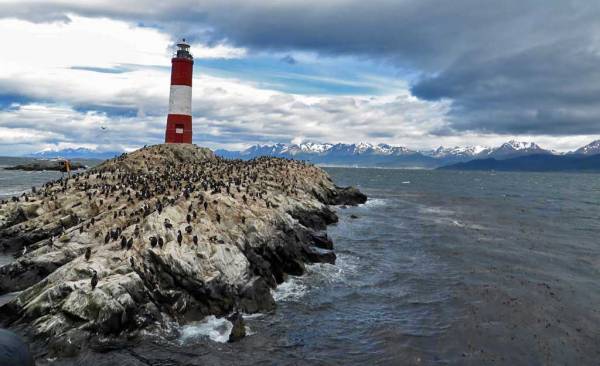 Next we cruised past Les Eclaireurs Lighthouse.  It is a well known spot because of its claim to be the most southerly lighthouse in the world  Les Eclaireurs is also one of the most photographed sites in Tierra del Fuego.  It is also referred to as the Lighthouse at the End of the World.  After that we cruised close beside was Sea Lion Island (Isla de los Lobos).  It was covered in seal lions.  With the wind, we couldn’t anchor.  The captain let the boat drift close by the island and then repositioned, so we drifted by a second time too. 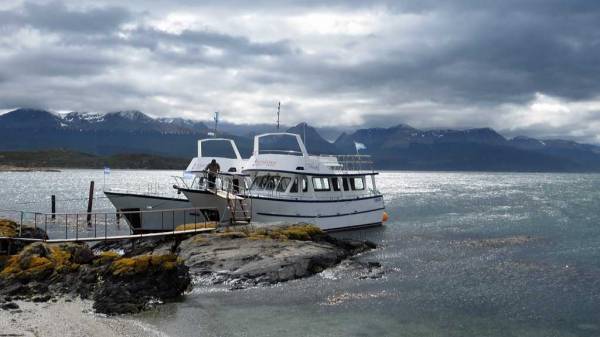 Our last stop was at Bridges Island.  We docked here and took a short guided tour of the island and its vegetation.  The strong cold winds made it hard to pay attention, but it was fun to set foot on a small island in the Beagle Channel.  The cushion plant was very interesting to see.  It normally grows in alpine areas, but it’s cold enough all the time in the Beagle Channel to support it here too.

On the way back to Ushuaia hot tea and treats were thoroughly enjoyable in the warm interior of our craft.  The Beagle Channel Cruise is one of the standards for a visit to Ushuaia.  Be prepared for wind, cold and choppy seas.  You won’t be disappointed. 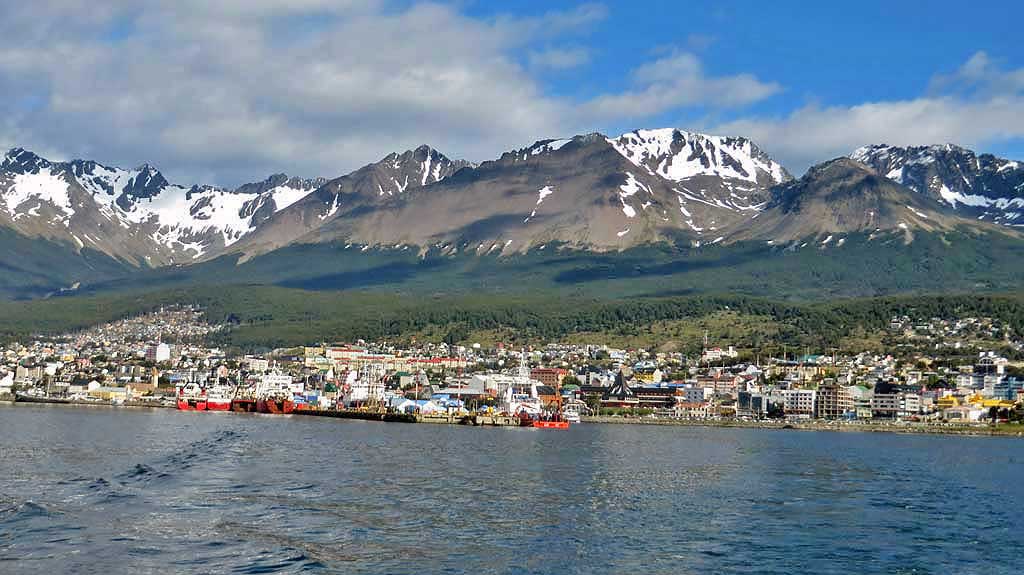 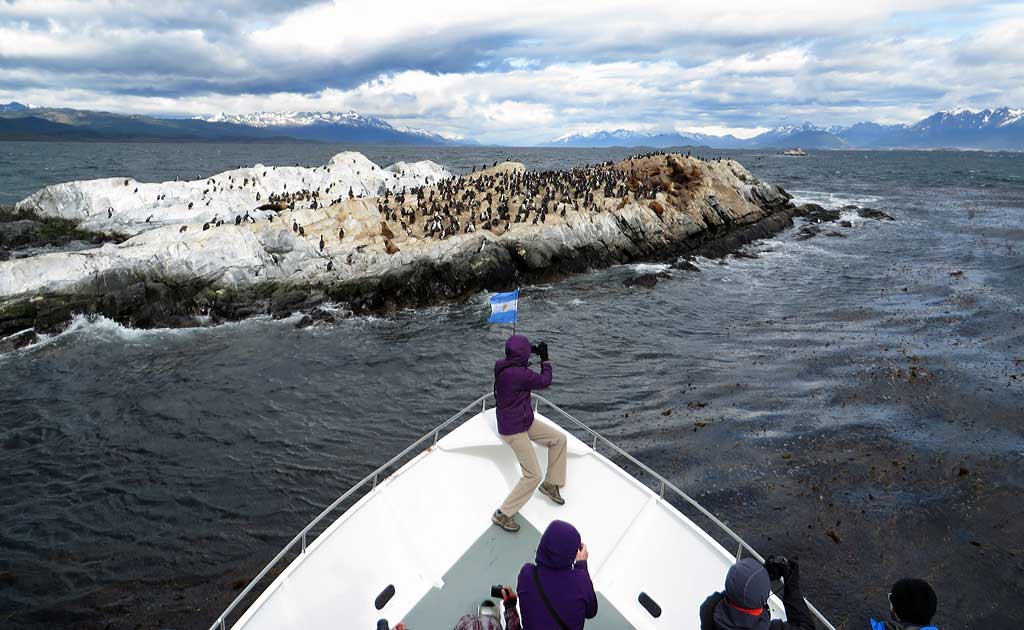 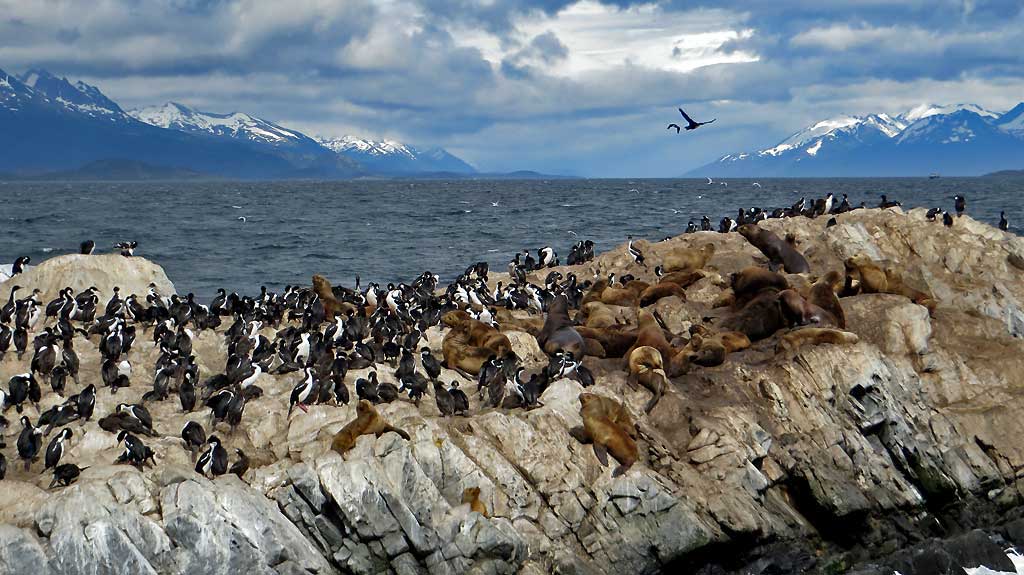 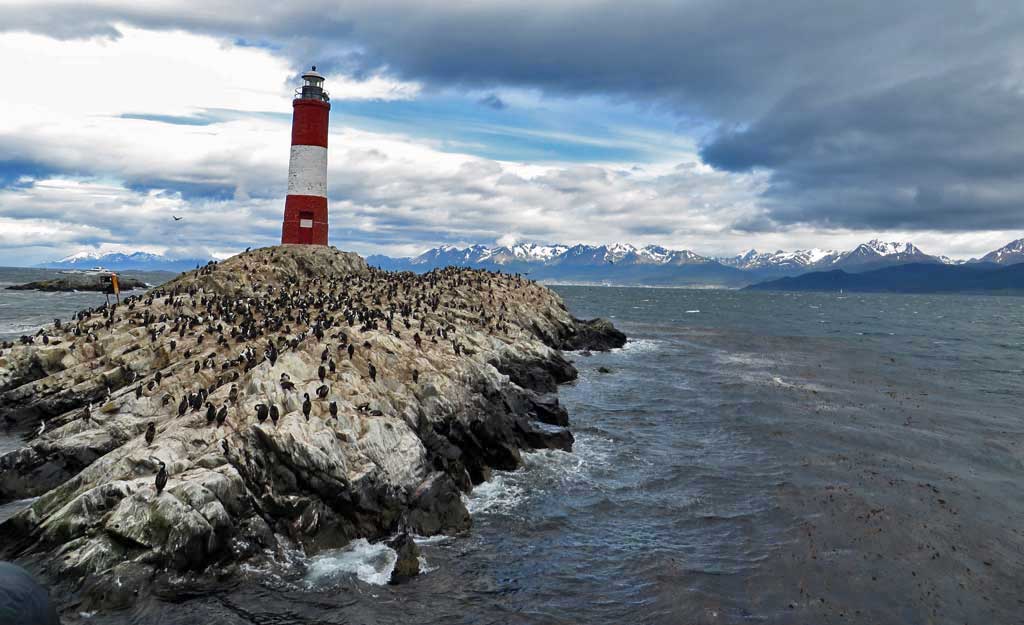 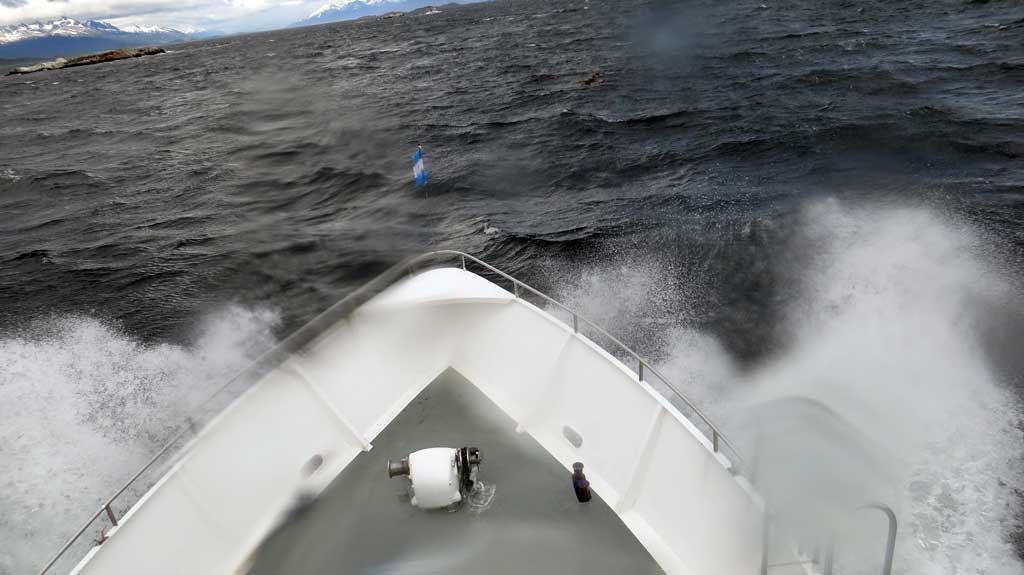 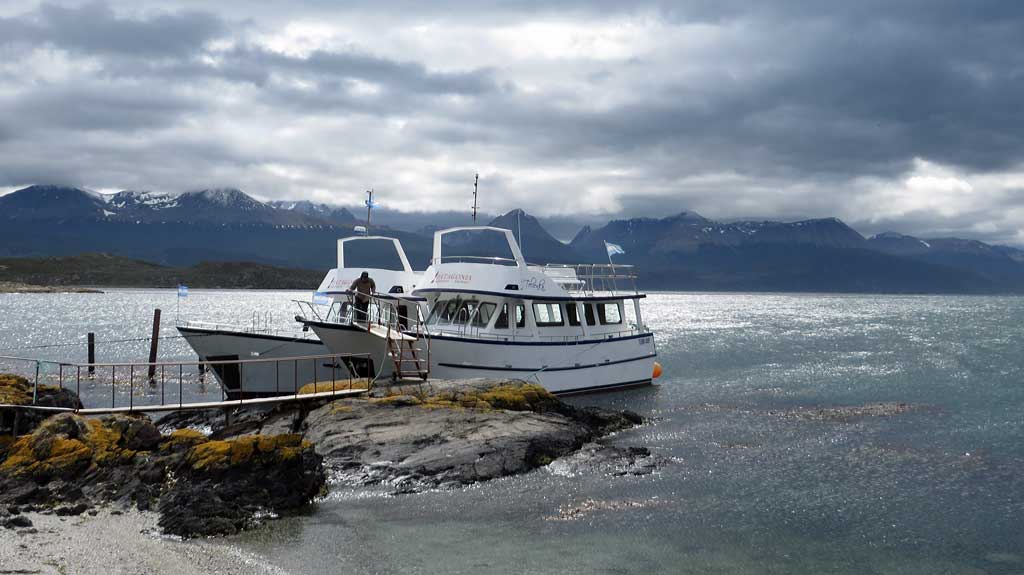 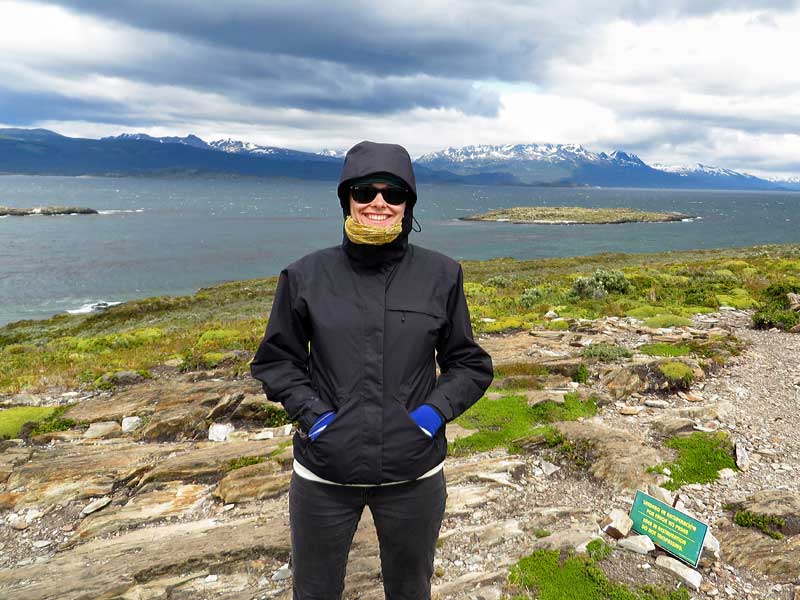 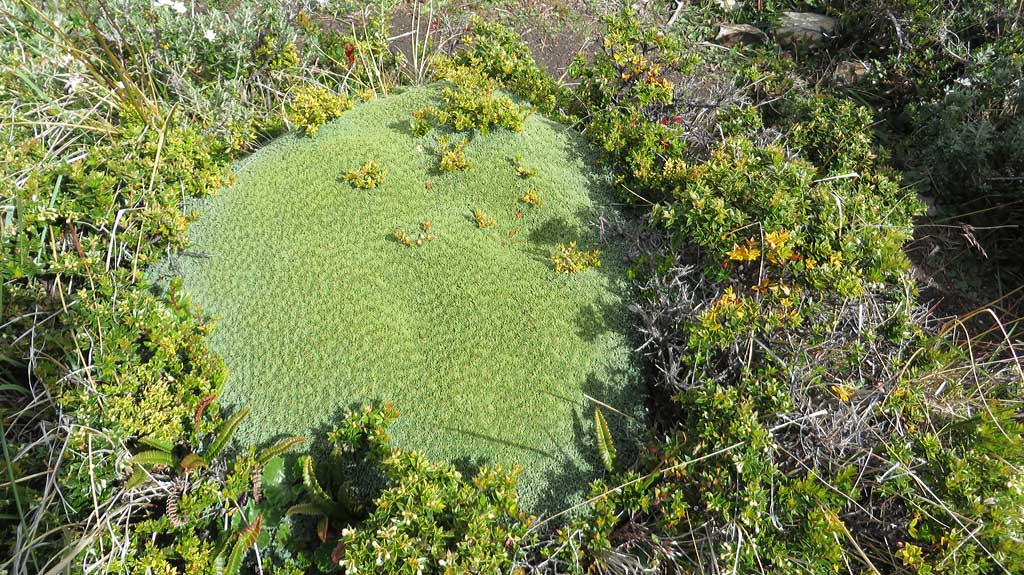 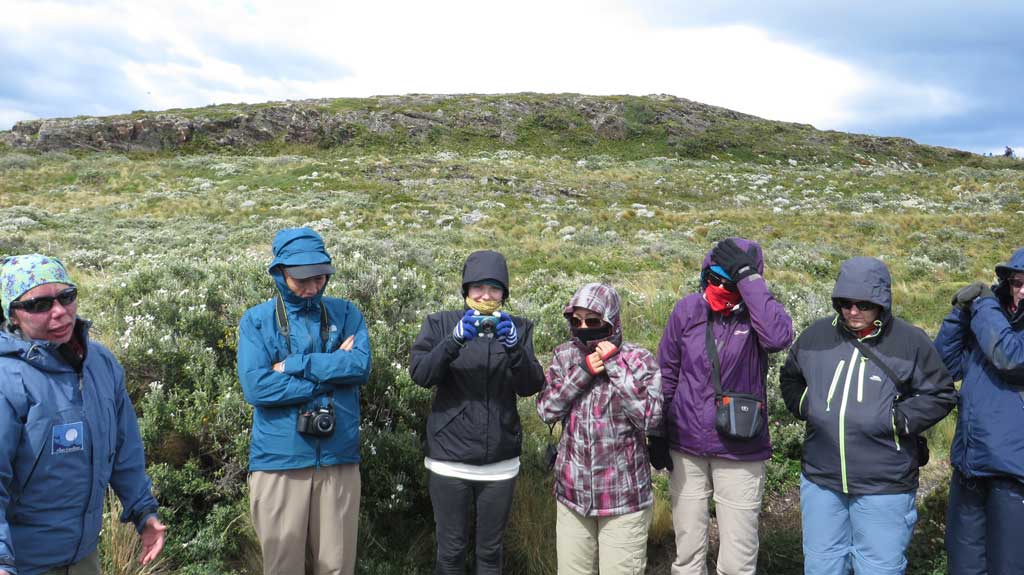