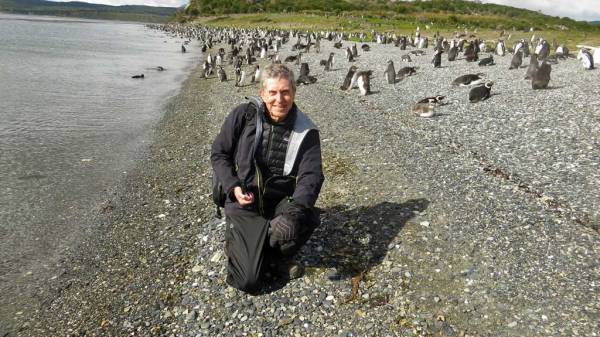 During our G Adventures End of the Earth Tour, we got the opportunity for a side trip to the Martillo Island Penguin Colony.  In Spanish it’s known as Isla Martillo.  PiraTour is the only company with rights to visit the island.  Other boat tours, from Ushuaia, cruise around the island, but tourists are not allowed to disembark on those tours.  Tours with PiraTour can be arranged directly at their office on San Martin Ave in Ushuaia.  When I visited, currency problems for the Argentine peso meant that pricing was changing daily, but things have stabilized since then.  Time your visit to summer (January), as the penguins vacate the area after the breeding season. 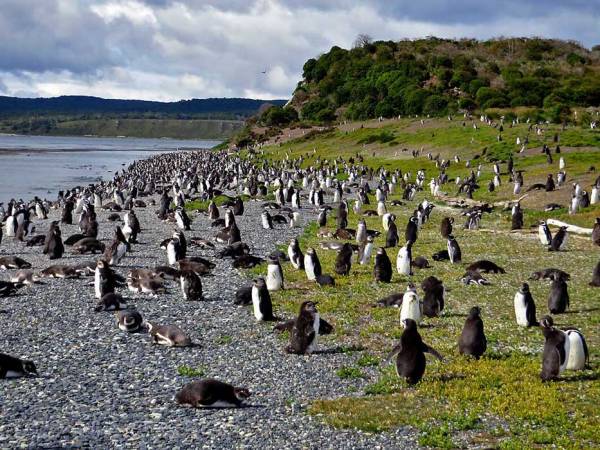 Getting to Martillo Island Penguin Colony

Our bus ride to the Martillo Island Penguin Colony started at the port of Ushuaia.  The bus traveled along the scenic #3 highway past the Olympic ski area at Cerro Castor.  After about 45 minutes, we left the #3 Highway to continue on a gravel road for another hour.  Next we stopped at the Haberton Ranch, where we boarded a powerboat to the island.  The craft was completely enclosed, so you couldn’t see anything during the 15 minute boat ride.  This added an element of strange intrigue to the experience.  The boat landed on the gravel at Martillo Island in the Yecpasela Reserve. 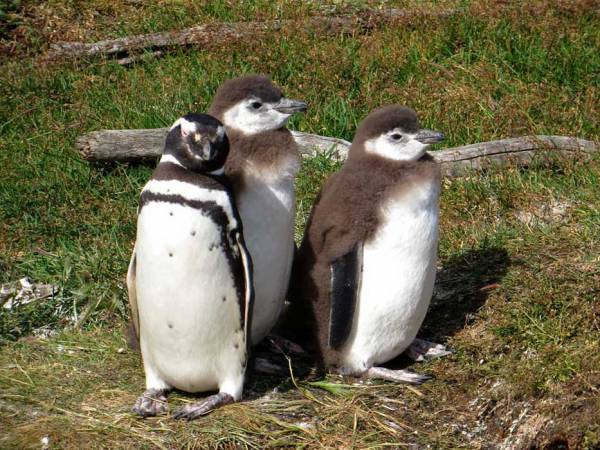 When we stepped off the boat, we were right in the middle of more than a thousand Magellanic Penguins.  They simply moved over a few feet to make room for the tourists.  The penguins were very used to the presence of humans.  From the beach, we walked on a marked trail inland to the nesting area.  Some penguins on the path refused to move for us.  They even tried to peck at us to prevent our passing.  Our guide told us the more aggressive ones were actually trying to keep us from getting too close to their burrows where young ones were hiding.  Since it was January, most of the newborn penguins were molting and learning to swim.  The newborns were losing large chunks of baby fur, so they looked very unusual. 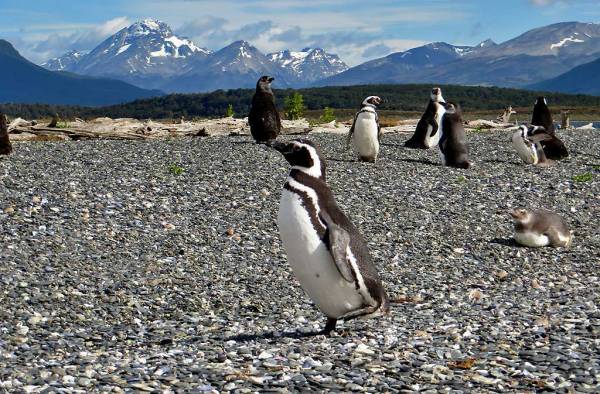 After the penguin visit, we returned to the ranch.  Next we visited their museum.  It had lots of skeletal remains of marine life found in the area, including lots of different types of whales.  The museum was quite impressive, given its remote location.  A student from Ushuaia provided the tour.  When I tipped him $10 he was ecstatic.  He said he was going to have a fancy meal with it in Ushuaia on his next trip home.

Our time on Martillo Island was over in less than an hour, but it was an amazing experience.  We saw more than a thousand Magellanic Penguins, a few Gentoo Penguins and a couple of King Penguins.   Martillo Island was the highlight of my visit to Ushuaia. 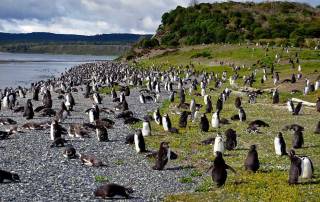 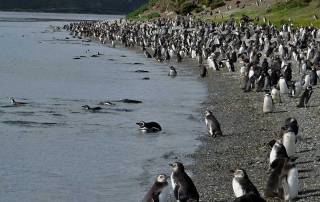 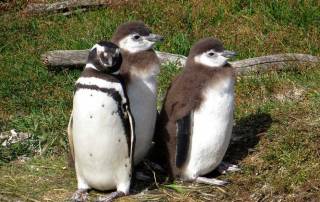 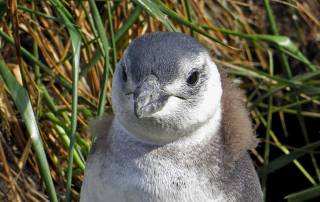 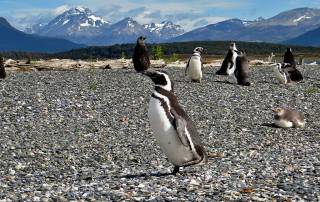 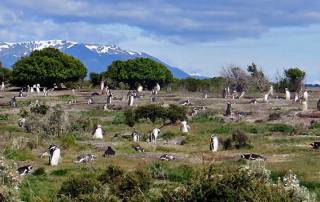 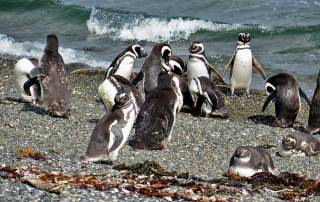 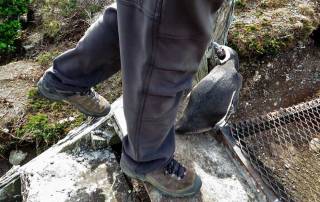 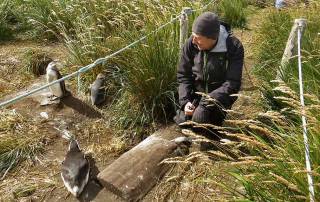 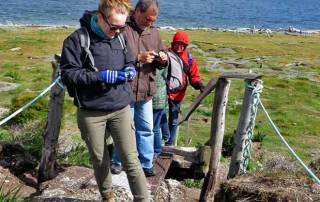 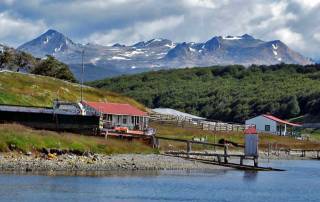 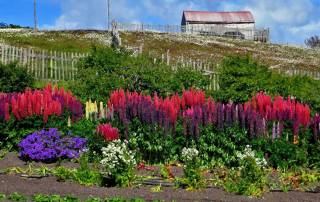