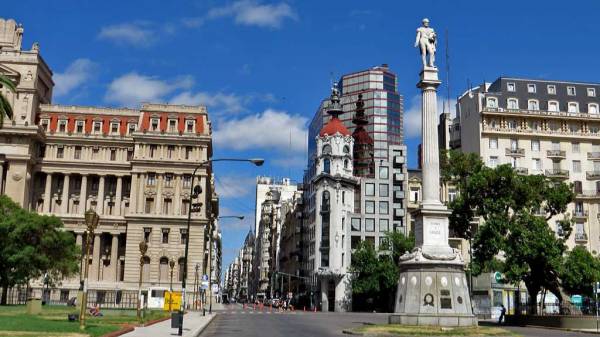 Buenos Aires Shore Excursion – On Our Own

It’s easy to catch a cab at the Buenos Aires airport.  You can pay by credit card at a booth inside and a driver then escorts you to his cab.  After we reached the Oceania Marina and getting settled in, we started our Buenos Aires Shore Excursion on our own.  We headed out to La Recoleta.  Despite a recommendation not to use cabs outside the cruise terminal, I decided to negotiate a ride in Spanish.  I knew from the Internet that the rate should be about $10 US.  The initial offer was $17 but my counter of $10 was quickly accepted.  I decided not to obtain Argentine pesos on this visit.  With pesos, the cab ride would have been much cheaper and the trip would have been metered instead, but I didn’t want to own any of the highly unpopular currency. 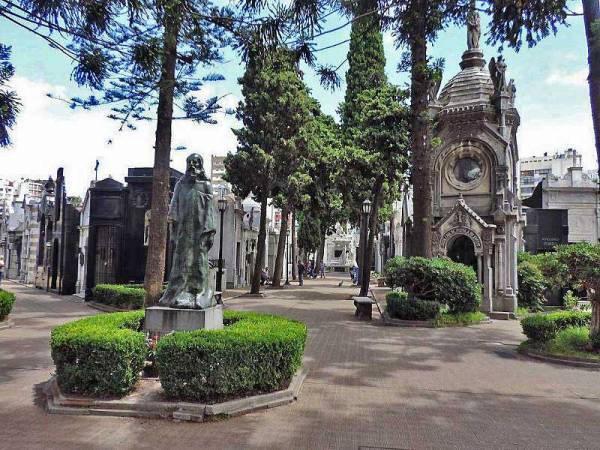 We arrived at the La Recoleta Cemetery just after 5pm.  It closes at 6, but entry is denied after 5:30.  I always thought that there was no point in visiting a cemetery, but this one is a highlight of a trip to Buenos Aires.  The mausoleums are laid out in a pattern that makes it feel like an ancient Roman city of fine sculpture and marble designs.  The tombs are in various states of condition.  Some had broken windows.  Many were designed intentionally to display coffins to visitors.  Stained glass windows were sometimes present.  The stained glass was always set so that outsiders viewed the back of the glass, while the deceased received the beautiful front view from inside the tomb.  The most famous mausoleum in the cemetery is that of Eva Peron (Evita) and her family.

Cabbing to the Cruise Terminal

Catching a cab back to the ship from La Recoleta turned out to be a challenge.  I should have negotiated for the driver to wait for us instead.  The problem was that most drivers were unsure of where I wanted to go when I said the Terminal de Pasajeros por Cruceros.  After two unsuccessful attempts to negotiate a ride, I talked with a cab driver who was waiting for his clients to return from the cemetery.  I explained in Spanish that I was having trouble describing exactly where I wanted to go.  He kindly wrote down the destination as Terminal de Cruceros, Quinquela Martin (Retiro).  With that description, the next cab we hailed took us readily for $10 US. 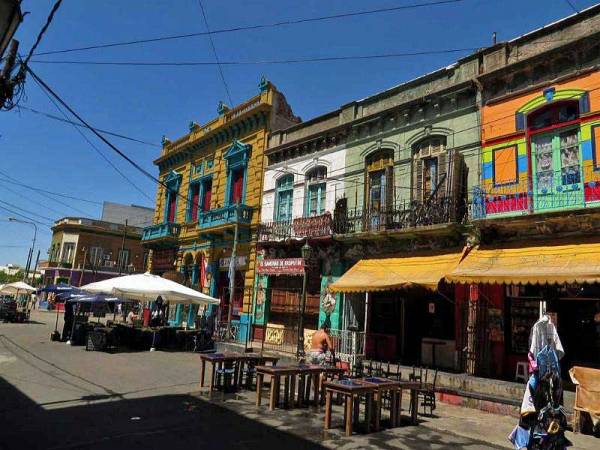 Then next morning, we took a Shore Excursions Group tour of Buenos Aires.  Their tour makes a reasonable and well priced introduction to the city.  The tour bus picks up at the Cruise Ship Terminal and narrates simultaneously in both English and Spanish.  The bus drives through Palermo and Recoleta before stopping about 20 minutes is Plaza de Mayo.  This gives you just enough time to:

From there the tour takes you to La Boca where there is another 25 minutes to wander on your own.  La Boca is a picturesque tourist area that tries to entice clients to its restaurant by providing free tango performances.  Next the tour passed along the modern port area of Puerto Madero and finished on Florida avenue.  Our cruise ship had a free shuttle at the end of Florida Street which worked out perfectly. 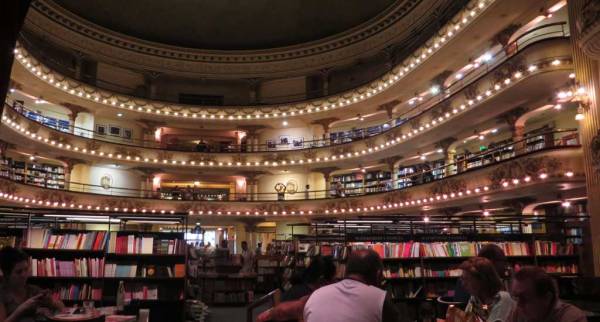 Instead of returning to the ship, we did our own walking tour.  We proceeded to the Obelisk and dropped in on a nearby pastry & tango hall called Confiteria Ideal.  Lunch time was too early to see a tango there though.  Next we passed by the Colon Theater and Palacio Tribunales.  From there we walked 20 minutes to El Ateneo Grand Splendid.  This is a bookstore housed in a former opera building.  There is a cafe on the stage and some of the opera booths are rented out to readers.  This area is safe and completely off the tourist circuit, making it a special place to visit.  We paid by credit card and tipped in US $.  We completed our tour by walking back to our free shuttle at Plaza San Martin.  I’d succeeded in completing two days in Buenos Aires without buying an local currency.