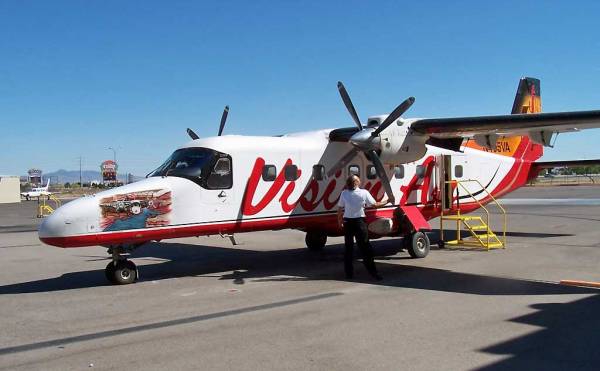 We booked a North Rim Flight with Vision Air in a small twin engine plane from Las Vegas municipal airport.  When we arrived at the airport there was a long delay, as Vision Air didn’t have enough planes to handle all the business they had.  The flight boarded an hour and a half late.  Everyone got a window seat, because the plane only seated 12 and the engines were above the windows.  I tried to sit in the same row as my wife, but they wouldn’t allow that because the weight difference would affect the flight! 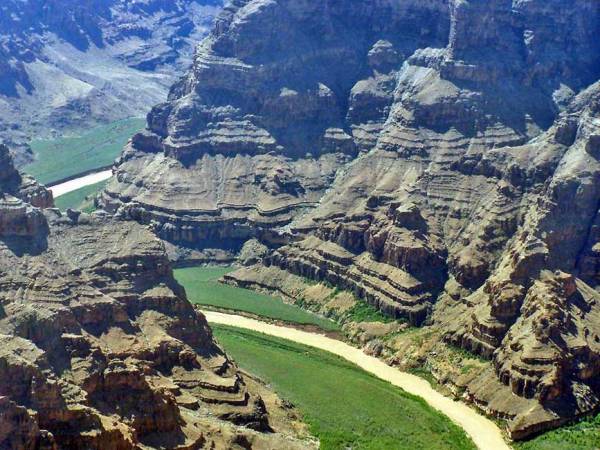 Our North Rim Flight first did a pass over Hoover Dam, formerly known as Boulder Dam.  Then the flight crossed Lake Meade to the Arizona Strip – a high plateau with lots of pine.  After the plateau, the pine disappeared and the desert took over.  The North Rim Flight landed at Whitmore International Airport, which is a funny name for short strip of pavement surrounded by northing more than desert.  A hummer was there to take us to the Bar 10 Ranch in this extremely isolated area in the northwest corner of the Grand Canyon. 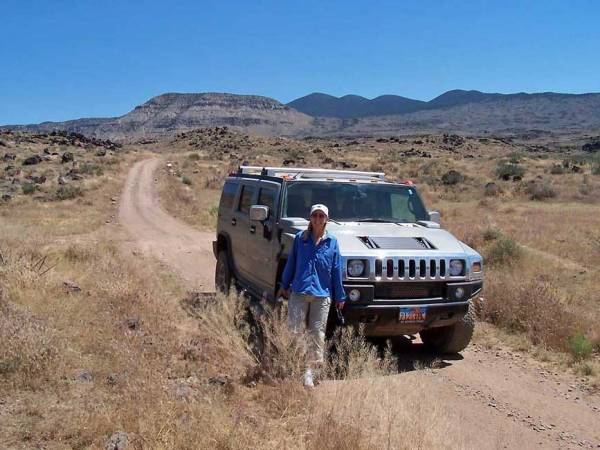 The Bar 10 Ranch is where many river rafts complete the main section of their Colorado River rafting.  The constant arrival of helicopters to the Bar 10 Ranch was surprising.  Helicopters regularly lift the river rafters from the canyon and deliver them to the ranch as they complete their river rafting journey.  The ranch was pleasant.  The tour provided some background about the area and served a nice hot lunch.  The shade under the veranda was welcome as the spring temperatures soon reached over 100 F. 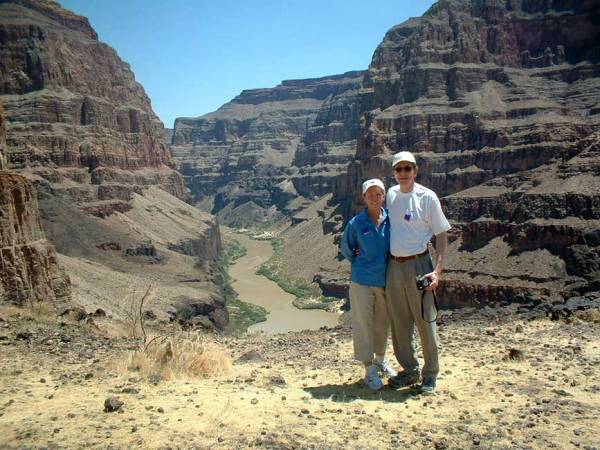 Our North Rim Flight adventure included a ride across the desert to a viewpoint where we could see the Colorado River.  We had the option to travel by ATV or hummer.  I picked the hummer to enjoy the desert in air conditioned comfort.  We drove the viewpoint overlooking the Colorado River.  We could see some of the rafts pulling out at Whitmore Wash to end their trip.  Helicopters would then lift people out and fly them to the Bar 10 Ranch.  The hummer trip was awesome and we got some great pictures in the sweltering heat. 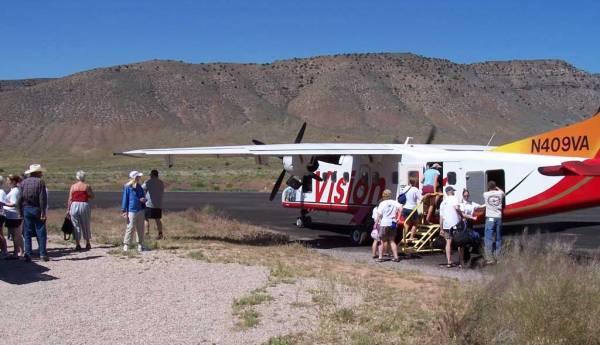 Back at the ranch, a strong hot wind came up, which made me nervous about our flight back to Las Vegas.  There was only one short paved runway and the cross wind was very strong.  As soon as the plane was a few feet off the ground on take off, the pilot banked hard right into the wind.  All the way back to Vegas, the North Rim Flight bumped and jostled with turbulence.  My hand hit the roof during one quick drop.  I was panicked, but my wife thought it was fun.  You could see the pilot during the flight.  His water bottle on the dash was shaking like a severe earthquake, but he had his feet up and was taking it easy. 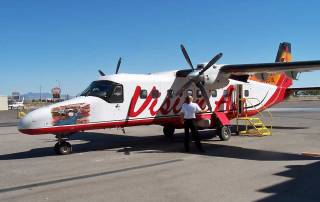 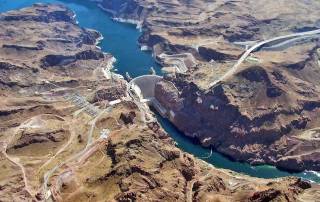 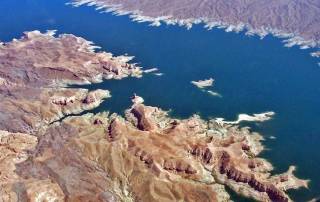 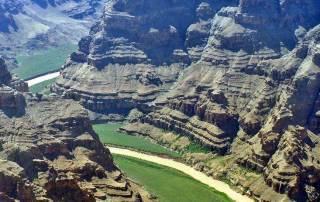 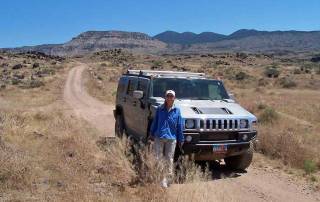 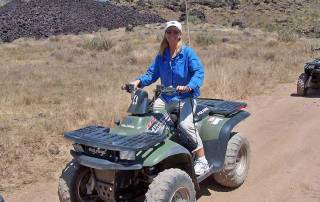 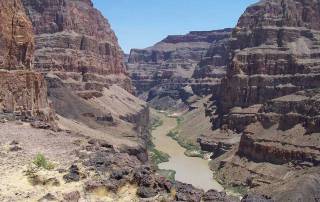 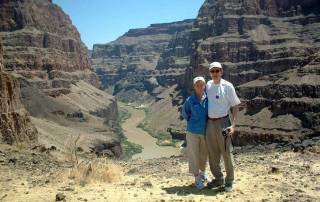 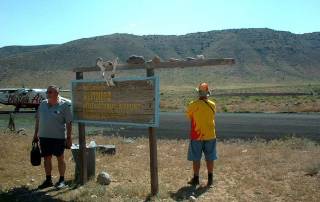 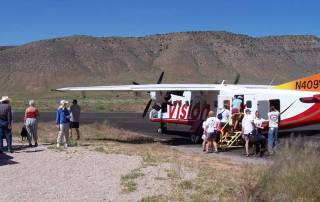