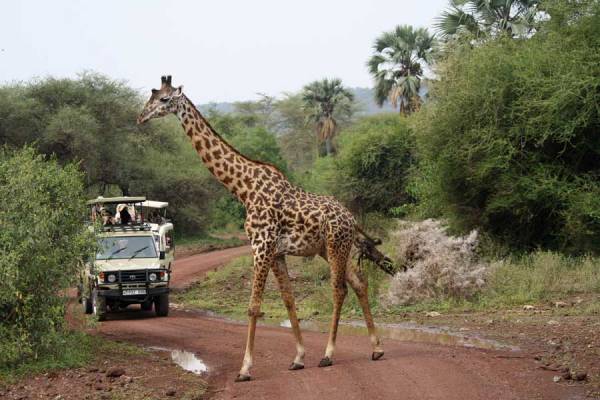 Lake Manyara National Park is a small game reserve on the edge of the African Rift Valley.  Temperatures are comfortable all year round.  Large troops of baboons greet visitors at the entry gate, as they hope for food scraps.  Giraffe are common in the park and there is a watering hole that hippos enjoy.  Many other species are present in the park, but not in large numbers.  Lions are rarely seen and there are no rhino.  Bird lovers will enjoy the large variety of species in the park, including many large hornbills.  Flamingos are frequently present in the lake, but the game trails do not get close enough for good viewing. 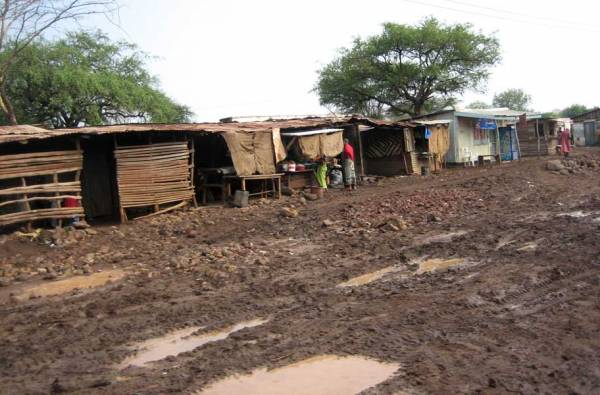 Get to Lake Manyara

It takes about 1.5 hours to get to Lake Manyara from Arusha.  The roads are paved the entire way from Arusha to the park.  Safari companies provide day trips from Arusha.  Longer safaris will stop at Lake Manyara en route to Ngorongoro and the Serengeti.  Safari companies are the only option to obtain the permit necessary to enter the park.  After an early morning breakfast buffet, we drove to Arusha.  We had a free hour there.  Our guide hosts suggested that we wander the busy streets by ourselves.  A local Internet service provided a chance to send an email to family back home.  We also met a charming young man who had been supported through school by our tour hosts. After a pleasant buffet lunch at the Arusha Hotel, we drove west to Lake Manyara.  As we got close to Lake Manyara, we saw giraffes wandering the open land between Lake Manyara National Park and Tarangire National Park. 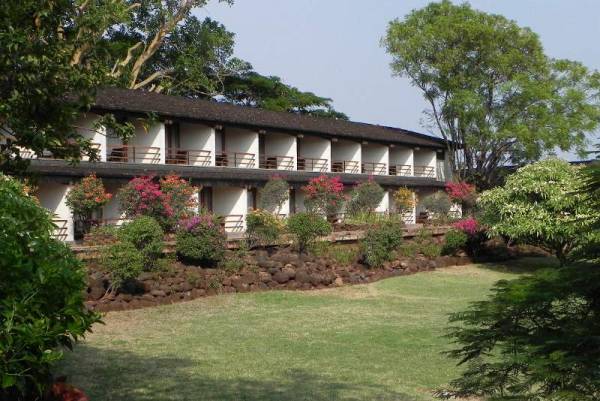 On arrival we drove past the entrance to Lake Manyara National Park, which was surrounded by baboons seeking food and attention.  We continued on to reach our accommodation at the Lake Manyara Wildlife Lodge, perched at the top of a rift over looking the lake.  The last half mile to the lodge was a mud and dirt road with a shanty town on both sides.  I tried several times to capture on film how primitive the scene was, but never really succeeded. 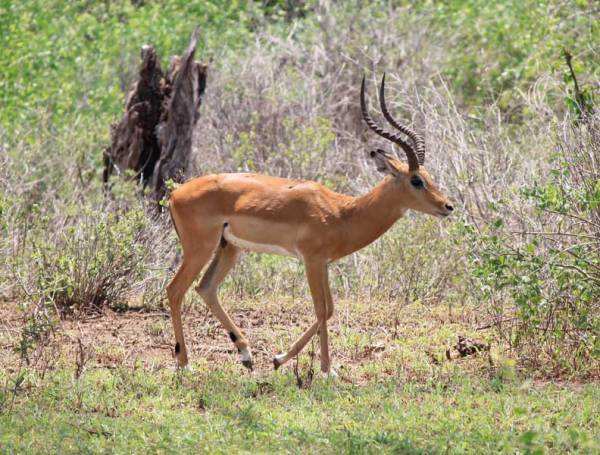 Start of the Lake Manyara Safari

The morning game drive started with typical paperwork to enter the park.  The first section of the drive was full of baboons of all ages.  We spent quite a long time observing them.  Shortly afterward we saw three wart hogs and a blue monkey close up.  There was a significant number of large of birds in the trees, such as vultures, cranes and hornbills.  We then drove into a less densely treed area, where we came across several giraffe. At one point a giraffe ambled straight at us and crossed about 5 feet in front of the vehicle.  The giraffe was too close for a photo from my 250 mm zoom lens.

From there we drove down to the hippo pool.  The cooler weather meant that some hippos and their young were out of the water, but the viewing angle and distance were problematic.  We had much better hippo viewing in the Serengeti, but it was still exciting to see wild hippo for the first time.  There were zebra racing around behind the pool and cape buffalo in the distance.  Igrets and ducks surrounded the outlying areas of the pool. 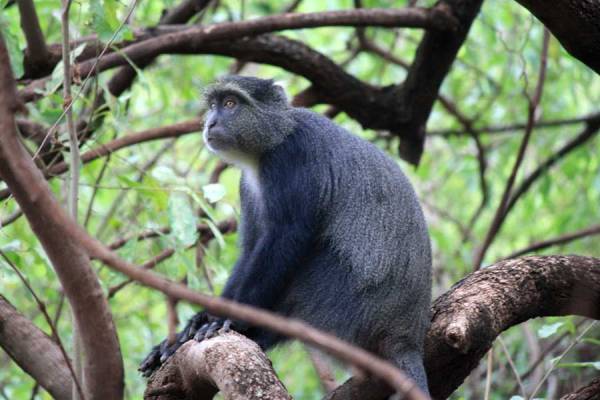 Flamingos at a Distance

The rift produced an interesting effect where numerous freshwater rivers flow into the valley and produce lush vegetation. Eventually the waters reach the alkaline lake, which then only supports flamingos and not any game. Unfortunately the roads in the park don’t get close to any of the flamingos. This is a disappointing aspect of the park, since thousands of them are visible with high power binoculars. 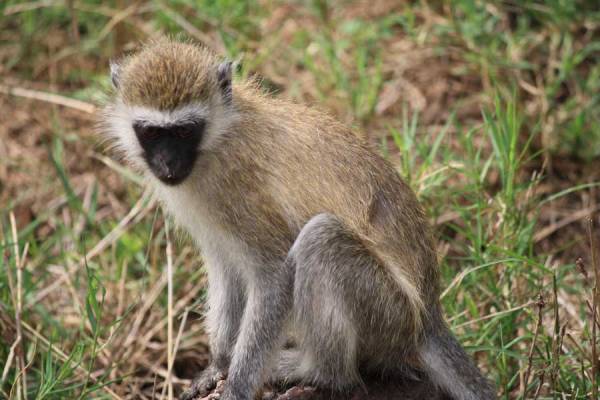 We were spared box lunches this day, as we returned to the lodge for a buffet lunch. Our afternoon game drive continued into wonderful lighting conditions at sunset, but didn’t produce many new viewing opportunities. It was very pleasant again sitting outside with the group after sunset at the conclusion of our Lake Manyara Safari. 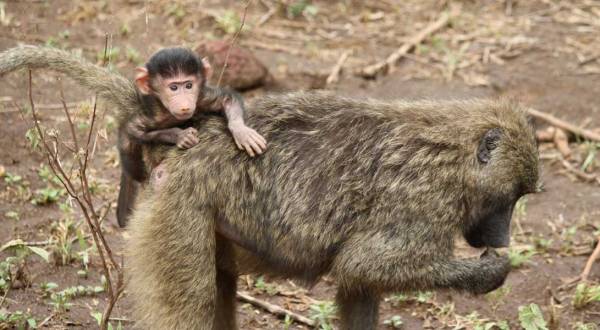