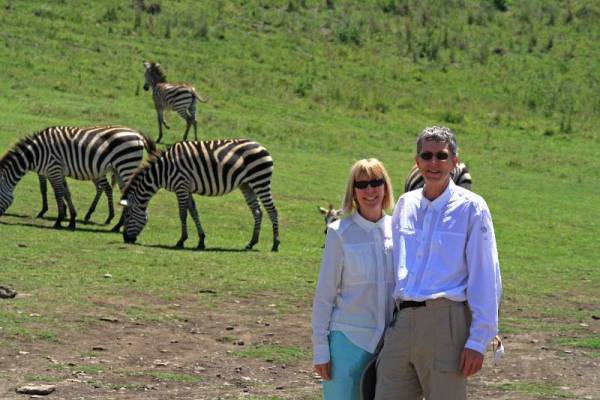 Walk among the wildlife, Ngorongoro Crater

Background for a Ngorongoro Crater Safari

The Ngorongoro Crater is a unique ecosystem. The crater is roughly 10 miles across and is almost circular. The crater rim has an elevation of 7,500 feet (2,300 m) which makes temperatures very cool. Hotels even have heating systems here. A guide is necessary to descend the steep 600 m (2,000 feet) one-way-down lane to the park on the valley floor. The wildlife on the valley floor includes zebras and wildebeest, but they don’t migrate like the herds on the Serengeti. Elephants occasionally climb out of the crater to roam the rim.  Male lions sometimes leave the crater to find mates. Ngorongoro Crater represents a closed ecosystem.  Surprisingly, the animals in the crater are identical to those in the rest of Tanzania. 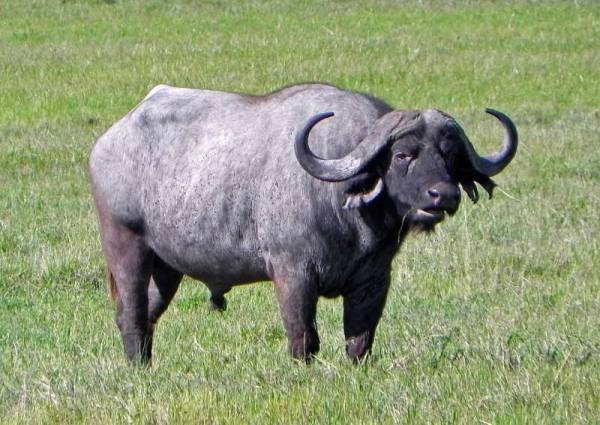 Ngorongoro Crater can be reached on a day trip safari from Arusha.  By noon each day those excursions have arrived and the valley floor is very busy in the mid afternoon.  To enter the park, a registered safari vehicle must be used.  A paid park guide joins each vehicle.  Ngorongoro is also frequently a stop over on the way to the Maasai villages on the Ngorongoro Conservation Area and the Serengeti.  The route to the Serengeti through Tanzania requires safaris to ascend the rim of Ngorongoro, so every Tanzanian Serengeti safari includes the crater on its itinerary.

From our Olduvai Gorge Safari, our Ngorongoro Crater Safari drove up the top of the crater rim.  Our lodging at the Ngorongoro Wildlife Lodge had beautiful views over the crater.  Ngorongoro Crater itself wasn’t as special as the Serengeti, but my pictures exceed my recollection of the experience.  At 8 am the next morning, our safari vehicle descended down the steep one way entry road to the crater floor. 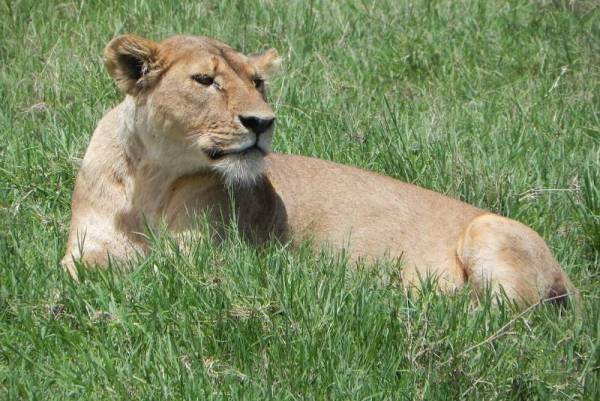 The animals in the crater behave differently than on the Serengeti.  They are less fearful, even though there are hyenas and lions. It all has a rather laid back atmosphere, which was more similar to an open range zoo.  A couple of lions slept in the road and didn’t even consider moving as vehicles passed.

A black rhino grazed in the distance, which was a fortunate sighting.  The number of rhino in the park is only around 20 – 30.  Rhinos stay away from the park’s roads and off roading is not permitted. Cape buffalo were easy to see and get fairly close to.  At lunch we had to eat inside the Land Rover to avoid kites snagging our meal from our hands. We saw less fortunate tourists lose their food and put their fingers at risk. 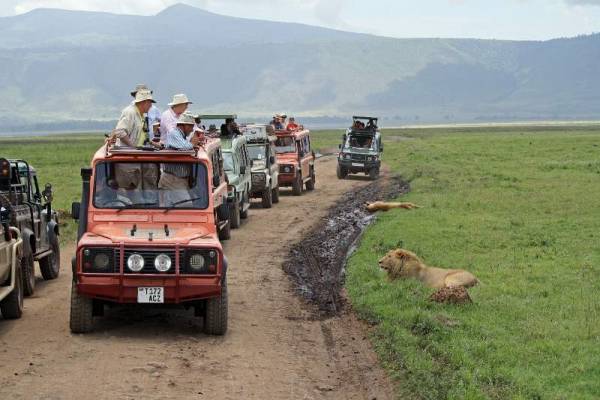 While we were eating, some zebras came toward us and 3 female lions were tracking them. In the crater, we were free leave the vehicle, which was very exciting. Many of us moved closer to watch from some rocks. Two of the lions were crouching for an attack, but eventually the zebras wandered away up a small ravine.  The 3 lions disappeared over the ridge in pursuit, which left us guessing as to the outcome. 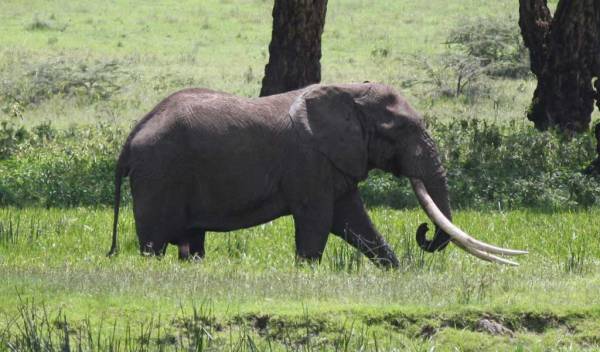 There were lesser flamingos in the waters of the crater floor, but it was hard to get near. Hyenas maintained their spots when our vehicle approached.  We came across one more female lion at close range and near to an elephant with huge tusks.  We wondered how long the elephant might survive when its enormous ivory tusks were worth so much to a poacher. 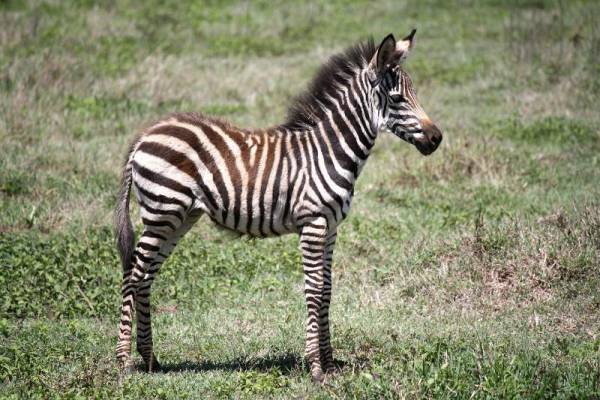