We started our Olduvai Gorge Safari by leaving the Serengeti toward Nabi Gate.  En route, a solitary bull elephant was traveling alone across the plains.  Bull elephants will do this to switch groups.  From Nabi Gate, we then headed into the Ngorongoro Conservation area. That meant we could head off road again. I just love the feeling of 4 vehicles spreading out across the plains, each creating their own side by side route. The area was thick with Thompson’s gazelles. I guess their experience with cheetahs makes them all run straight from danger, so we soon created a gigantic drive of hundreds of gazelles. Only two decided there was nothing to fear, so they ran against the flow between the vehicles. 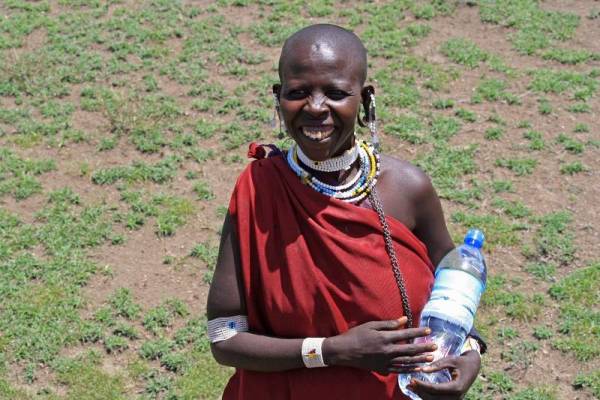 As we approached the end of the short grass plain, we saw a herd of Maasai cattle under a picturesque tree in the middle of nowhere. We steered wide, but a Maasai woman came running across the plains to intercept us. She begged water in Maasai language from our driver, Thomas. He reviewed our supply of bottled water and then gave her one bottle. We took pictures of her happy face. 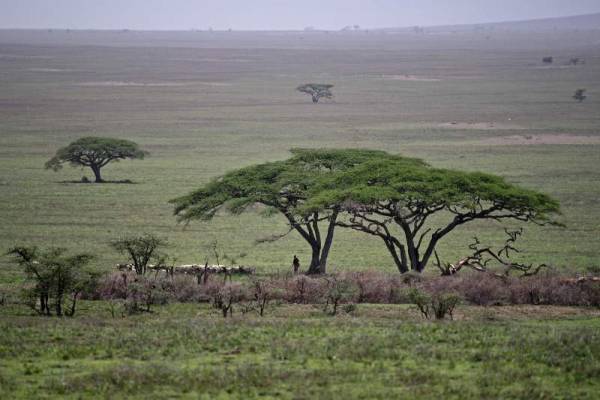 Shifting Sands marked a change in landscape.  The sand pile is only one dune about 10 – 15 feet high.  It continually moves slowly northward with the prevailing winds.  There are markers showing the location of the solitary dune over the last 20 years. 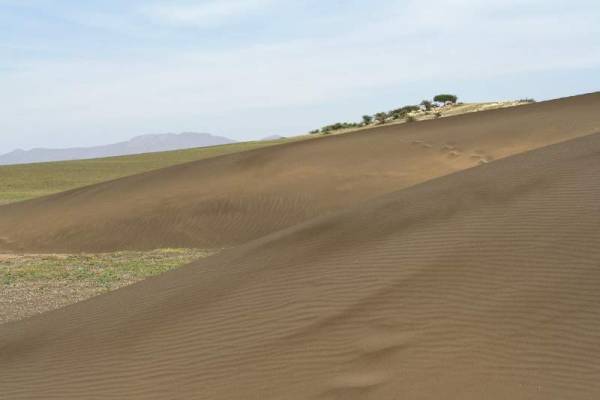 After Shifting Sands, we were immediately in the heat and desolation of Olduvai Gorge.  We descended a treacherous route into the valley, where we visited the museum.  A local guide explained the many discoveries in the area.  The Leakey family spent more than 30 summers excavating in this forsaken land, which is amazing.

After the museum our Olduvai Gorge Safari took a short walk to the marker for the discovery of Australopithecus boisei (Zinjanthropus).  At Olduvai I was struck by the large number of extinct species of giraffes, antelope, elephants and other animals from a million years ago.  It seems that saving what we know of today is impossible, even if humans didn’t exist. 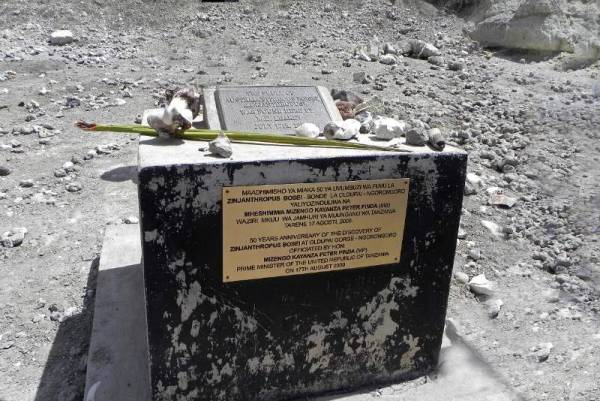 The Olduvai Gorge was named by Louis Leakey after its olduvai vegetation, but Leakey mispronounced the Maasai word “oldupai”.  A campaign to correct the spelling is only having limited success, but it’s hard to get everyone to change after so many years.  Olduvai Gorge is one of the premier sites for the study of the ancestry of man and for studying species in Africa 2 – 3 million years ago.  The remains of human ancestor homo habilis were found at the site in 1960 and dated at 1.9 million years old.  The Leakey family has continued the tradition of excavation at the site since the death of Louis Leakey in 1972.  Mary Leakey worked here until her death in 1996.  Mary discovered a Zinjanthropus skull dated at 2.7 million years old.  Their children have spent some of their careers at the site too.