The small village of Marangu is just over an hour from Kilimanjaro International Airport and about 2 hours from Arusha on the high plains of Tanzania. That makes a Marangu Safari an excellent choice for the first couple of days of a safari tour of Tanzania. 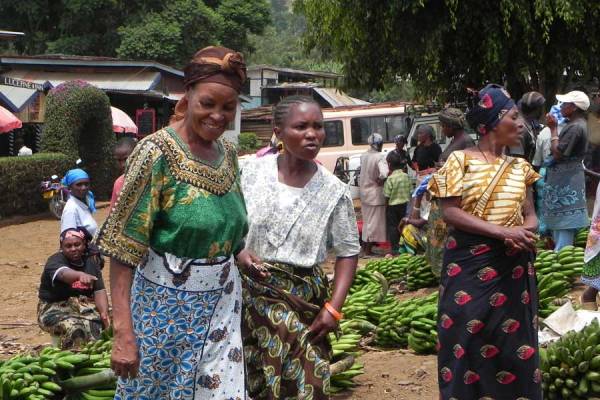 The village of Marangu is located on the slopes of Kilimanjaro. The area is popular with safaris for the colorful dress of the women at the Marangu market and for visits to its cheerful children in the numerous Christian schools surrounding the base of the mountain.  Marangu is also a popular staging area for trekking up Kilimanjaro. Marangu is the most popular route up the mountain due to its reputation as an easier trail.  However, this route has one of the lowest success rates, possibly due to the higher number of amateurs.

Meeting up for our Marangu Safari

The area called Marangu includes Moshi and Kilimanjaro.  The Kilimanjaro Mountain Resort was our home base.  In the morning I rose early for a view of Kilimanjaro, but unfortunately the top half was obscured in cloud for our stay.  Kilmanjaro supports a numbers of rivers on its slopes, which created unexpectedly lush vegetation.  We met our safari group of 20 more members at a buffet breakfast. 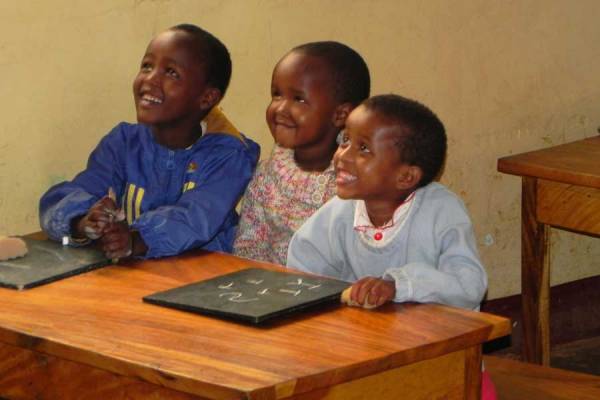 Christianity is a popular religion in the Marangu area.  We began the day by visiting a Lutheran public school, which is in Chagga territory.  First we entered a  kindergarten with about 40 kids in a class.  The children were extremely well behaved.  Seeing pictures and movies of themselves on our cameras made the children extremely excited.  They sat on planks that tightly fitted 3 or sometimes 4 kids at one small desk.  Each desk shared a piece of chalk and a slate board.  Next we visited a junior high class with the same conditions.  The junior high students did not speak until they were acknowledged by the teacher. 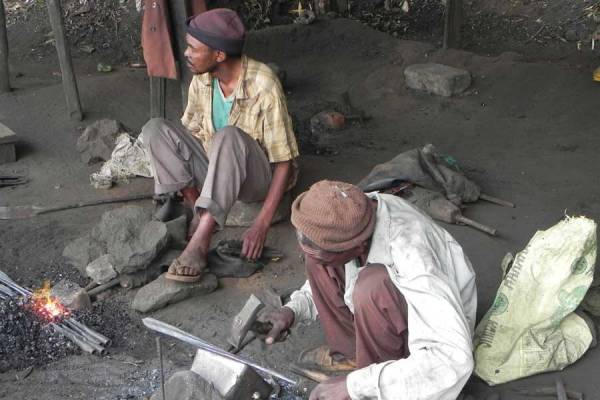 After the school visits, we stopped at a local blacksmith shop, where they fashioned authentic metal spears.  Scrap metal was the source of material.  We also visited a nearby underground home dug out many years ago as protection from warfare.  Inside the quarters were small and dark.  Then we visited a local banana beer brewery, where they create a very thick alcoholic drink in 7 days. 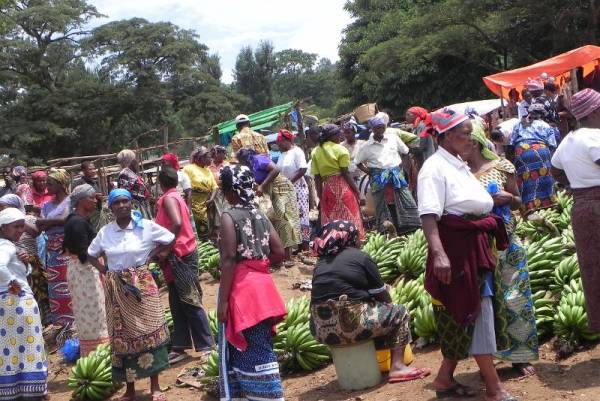 After that we visited the local weekly market in Marangu. We walked through the make-shift stalls and I snapped pictures in a very unnoticeable manner. The dress of the women is amazing. The materials they use are bright colors and patterns.  Each dress is absolutely unique. It reminds me of the diversity of snowflakes, where at first glance they all look the same.  Then, looking more closely, you realize that no two are alike.

After a buffet lunch at the resort, we headed to Kalima and the Kinukamori Waterfall.  This valley was Catholic.  Red paint coated the volcanic rock walls of the church.  White paint in the mortar joints gave it a distinctive appearance.  We wandered the grounds, but didn’t visit the hospital or meet the priests and nuns.

The Marangu Safari finished with a short hike up a knoll that allowed 360 degree views over the plains and the foothills of Kilimanjaro.  The mountain was still hiding, but it teased us with some darkened glimpses of the snow above the cloud line. We returned to the resort for a buffet dinner. 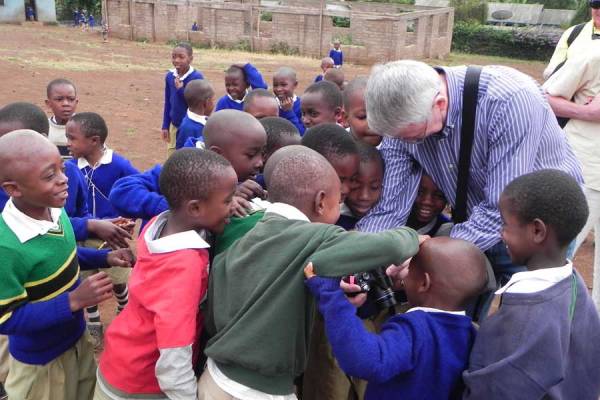 I really struggled with the luxury of our food and accommodation, while outside the resort gates extreme poverty was everywhere.  Our guide told me not to feel bad, because my presence was helping.  During our Tanzania safari, he said he would earn enough to pay for school uniforms and school supplies for all his children.  He suggested the best way we could help the country is to encourage more people to visit Tanzania.