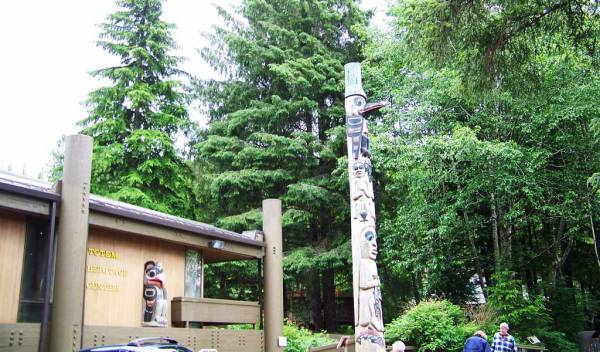 We ended up creating our own self guided Ketchikan Walk Tour, which we thoroughly enjoyed.  We started by catching a free bus.  It’s very exciting to step off the cruise ship and on to a bus without any idea where it’s going.  We ended up at the Totem Heritage Center, which has an impressive display of totem poles and historical photos.  Next door we visited the Deer Mountain Hatchery.  A tribal community operates the Deer Mountain Hatchery with the money raised from tourism.  They raise salmon and care for injured eagles.  Two injured female eagles were at the center.  Both suffered broken wings and will spend the rest of their days at the center.  The eagles will likely live another 20 years in captivity. 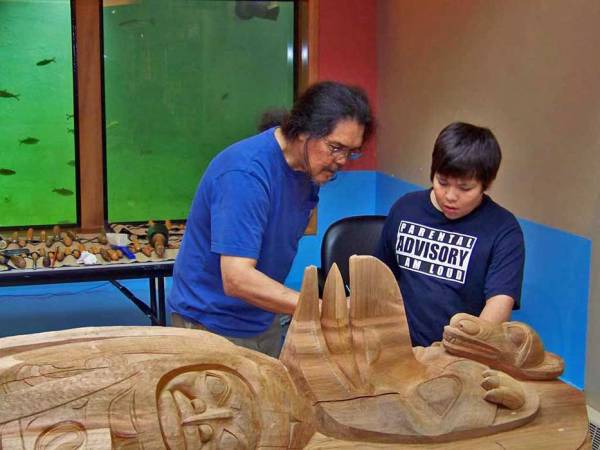 The Deer Mountain Hatchery had thousands of young salmon.  One adult salmon had just returned from the ocean to the hatchery.  The highlight of the visit to theDeer Mountain Hatchery was a totem being carved by Israel Shotridge, a well known Tlingit carver.  He was there teaching a young boy to carve on a totem that was nearing completion after 6 months of carving.  We enjoyed seeing Israel pass on the tradition.  I also got a great shot of Israel Shotridge mocking a threatening and goofy pose with one of his adzes.  I promised his wife I wouldn’t post it on the internet though. 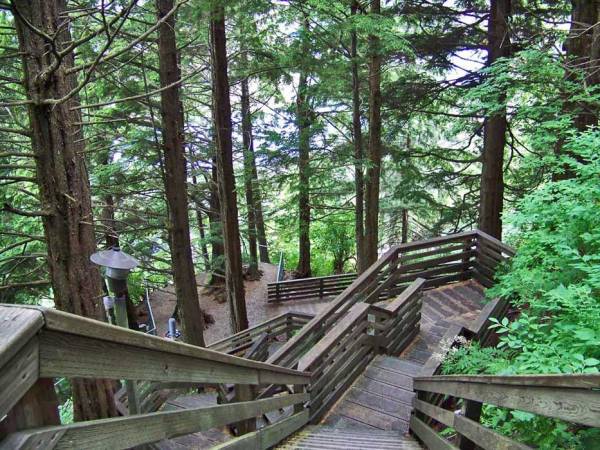 From the hatchery, we followed Ketchikan Creek back to town.  We follow the map we got at the visitor center on the pier.  The trail twisted and turned on wooden boardwalks and stairs along the creek.  Our Ketchikan Walking Tour next brought us to Creek Street.  At Creek Street, all the shops and buildings extend out over the creek.  Here we found a funicular tram that takes up to 10 passengers up to the Cape Fox Lodge.  There was no one supervising the tram – it was self serve, which was a bit strange.  We checked out the interior of the hotel and its tribal art. 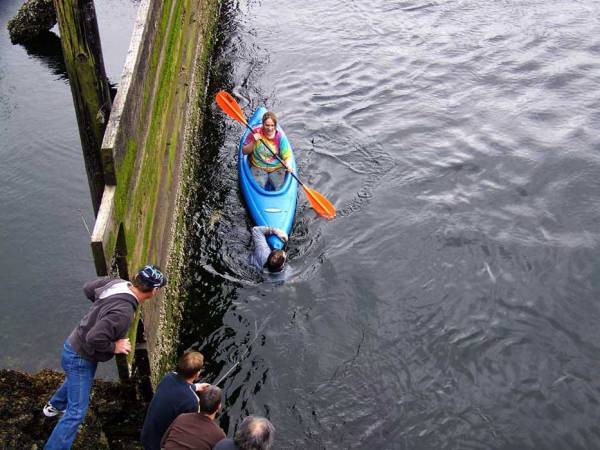 At Creek Street, I took some interesting photos of construction being done using a chain saw.  The platform they were attempting to collapse accidentally fell into the Ketchikan Creek.  When they attempted to stop the platform from entering the harbor, someone jumped in the creek to stop it.  The next thing I knew a comical photo session turned into the shocking experience of watching someone nearly drown from hypothermia.  I went to a small business and had them call for emergency help.   Meanwhile someone else was able to find a rope and save the man from the freezing water.  Emergency vehicles handled things from there.  Quite the day in Ketchikan. 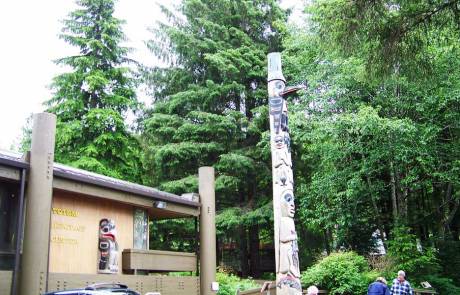 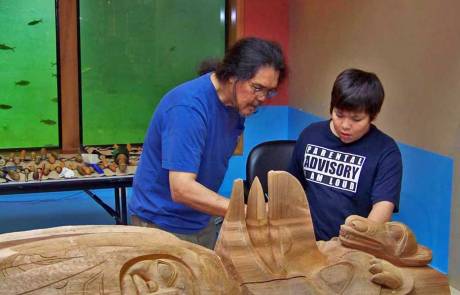 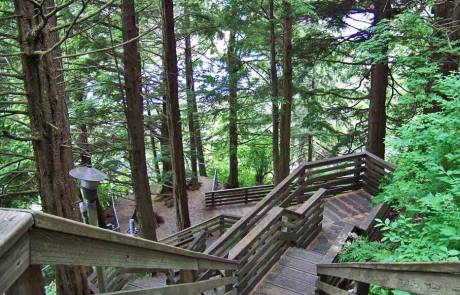 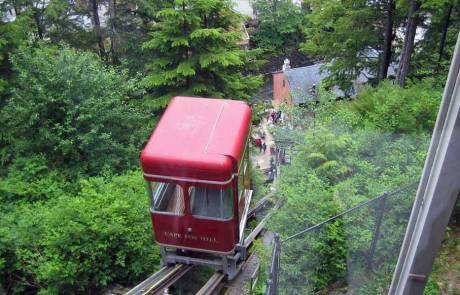 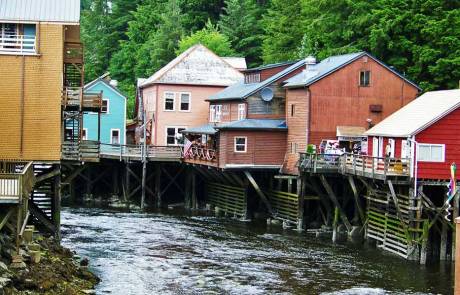 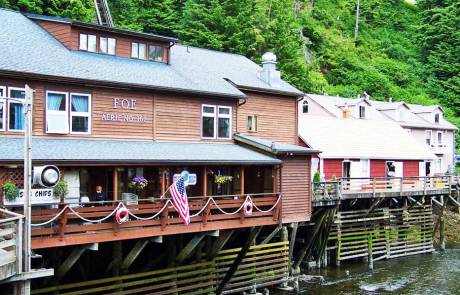 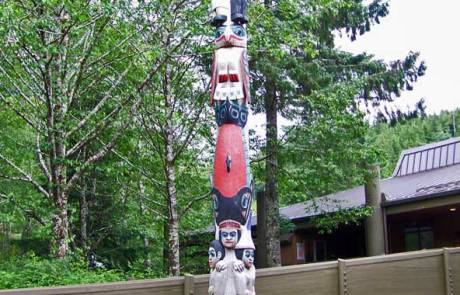 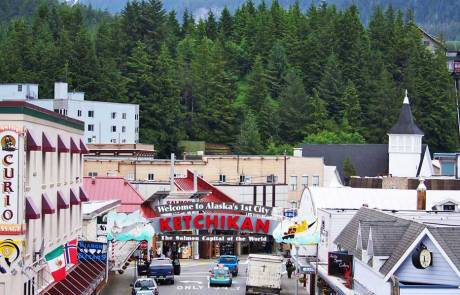 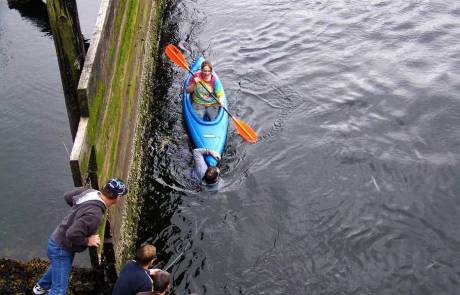