Most Popular Attraction in Skagway

The most popular attraction in Skagway is the White Pass Yukon Route Railway.  The route from Skagway to the Yukon is tremendously tough.  The Yukon Gold Rush miners climbed this pass on foot in the 1890s to reach the Yukon.  The Northwest Mounted Police required them to have 2,000 pounds of supplies to enter Canada.  So, each miner had to make several trips to get all their supplies to the top.  Cruise ship passengers are encouraged to book the train directly with the cruise ship company.  The rail cars meet passengers at the cruise ship terminal, so easy access helps to make this a most popular attraction. 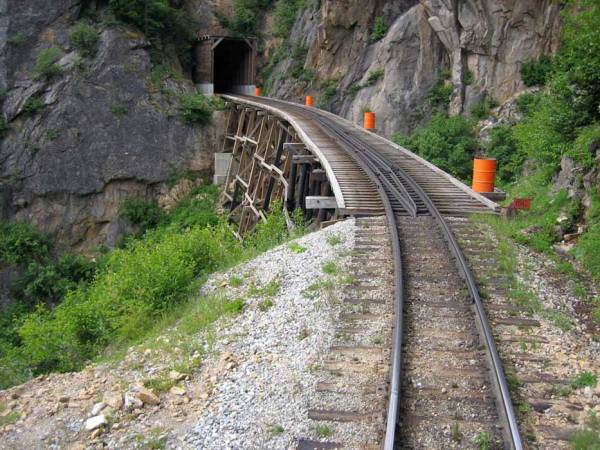 Today you can retrace the White Pass Yukon Route up the Skagway River, through Dead Horse Gulch to Summit Lake on the White Pass and Yukon Route Railway.  The train picks up passengers on the cruise ship docks.  The Yukon railway route is a fabulous train day trip.  You see switchbacks, trestles, step grades, tunnels and views thousands of feet down to the port.  The shorter trip takes about 2 hours to reach the town of Fraser, British Columbia.  The town of Fraser is just over the top of White Pass Summit.  Fraser is really only a train rail switching station.  The train splits the rail cars into two sections here.  Those riding the train back to Skagway simply stay on board and ride the White Pass Yukon Route Railway back to Skagway.  You can also continue on to Bennett Lake and bus back. 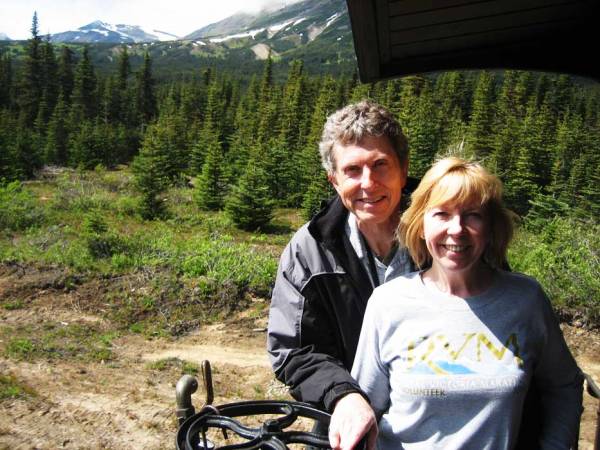 The trip is narrated and you are allowed to access the open air porch at each end of the rail cars.  Leaning out over the railings feels a little bit like riding a cable car in San Francisco, except you also have the exhilarating experience of looking straight down thousands of feet on the trestles.  You can also stand out on the platforms between the rail cars.  When I stood there and entered a tunnel, I lost all sense of everything in the total darkness of the tunnels.  All I could do was hold on tight until the light returned.  What a great time this is on the White Pass Yukon Route Railway! 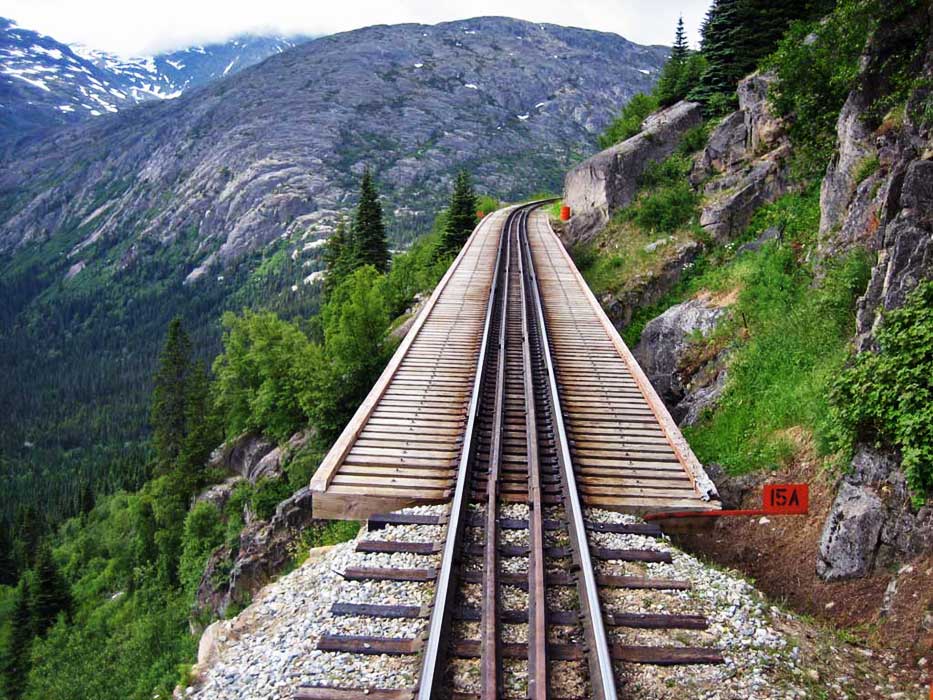 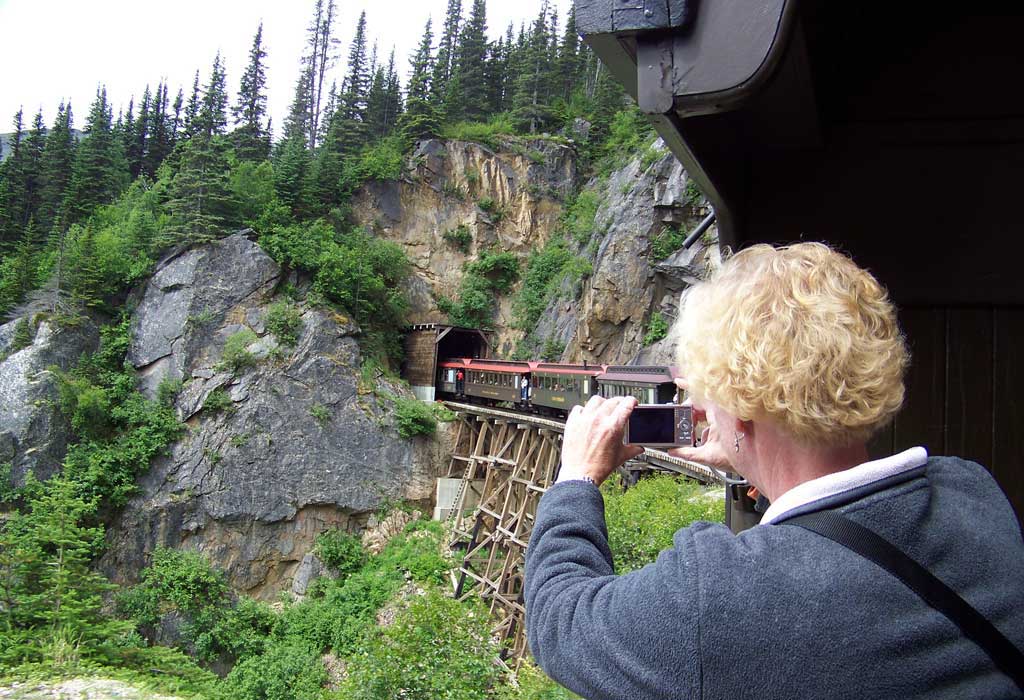 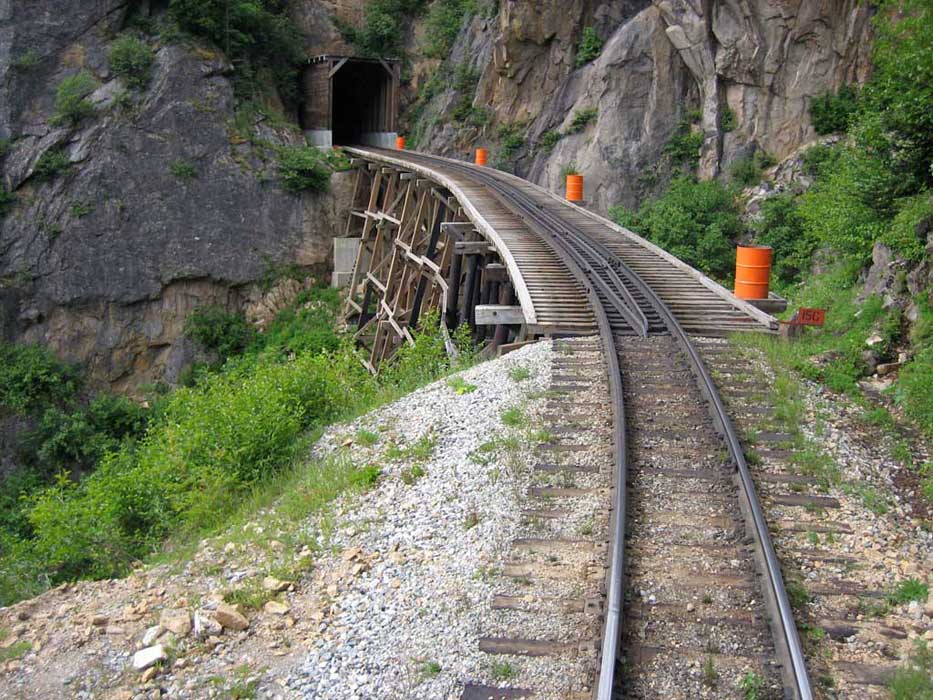 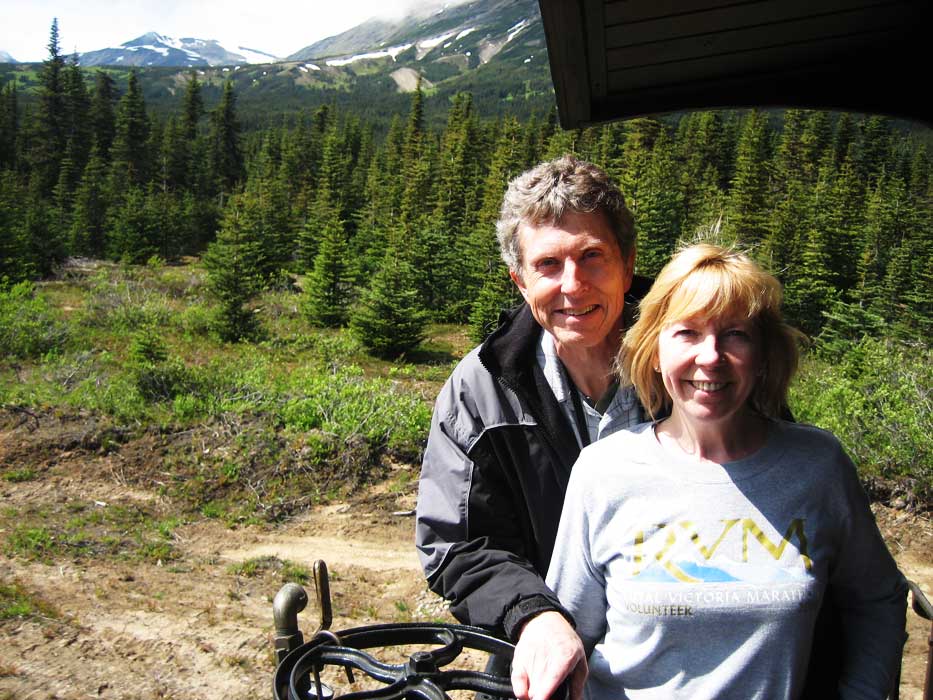 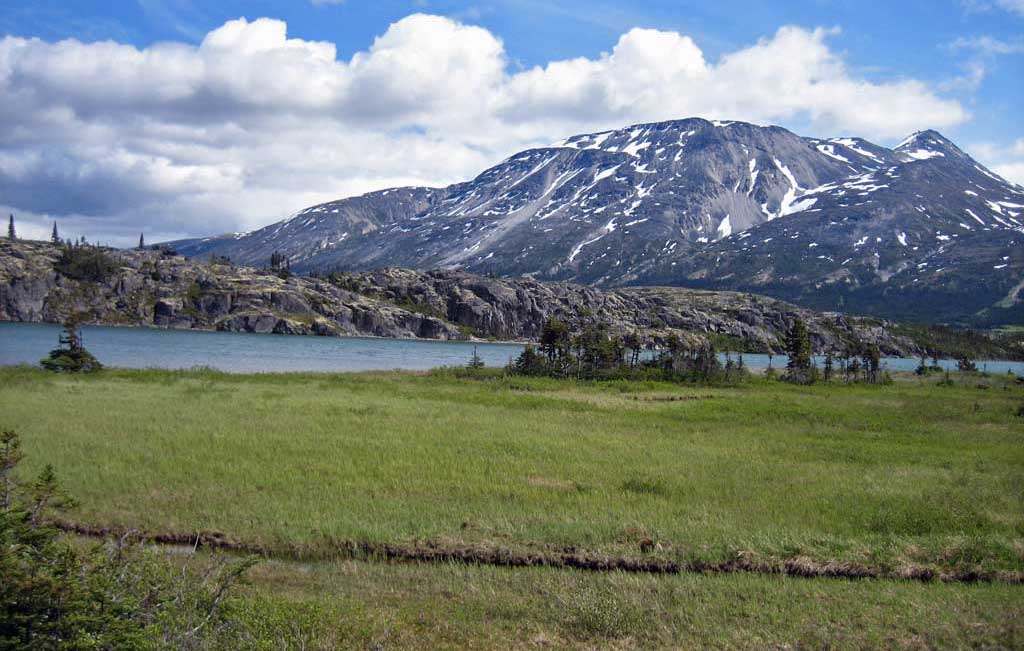 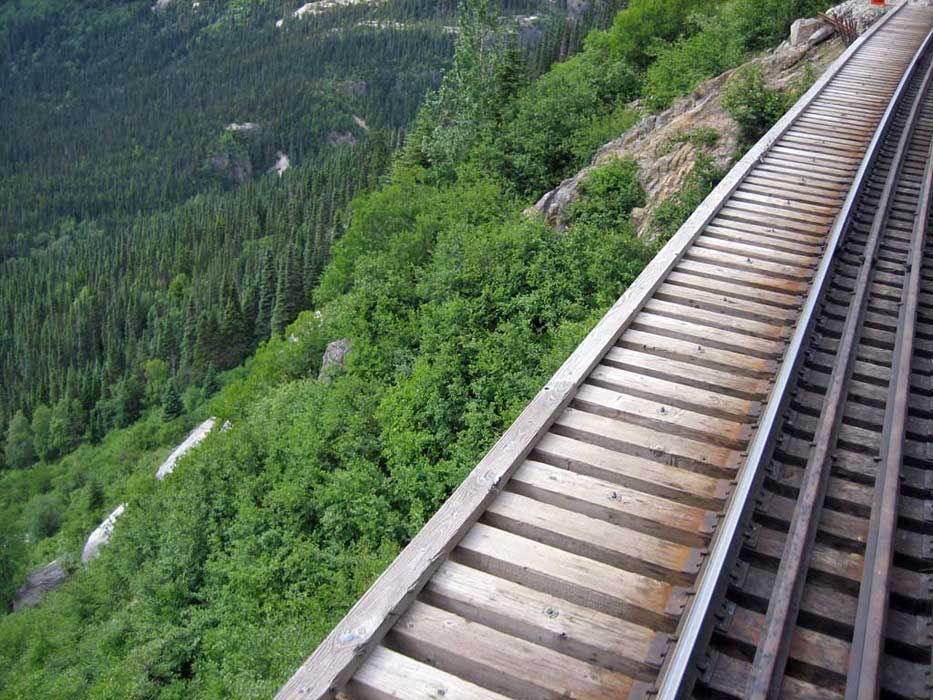 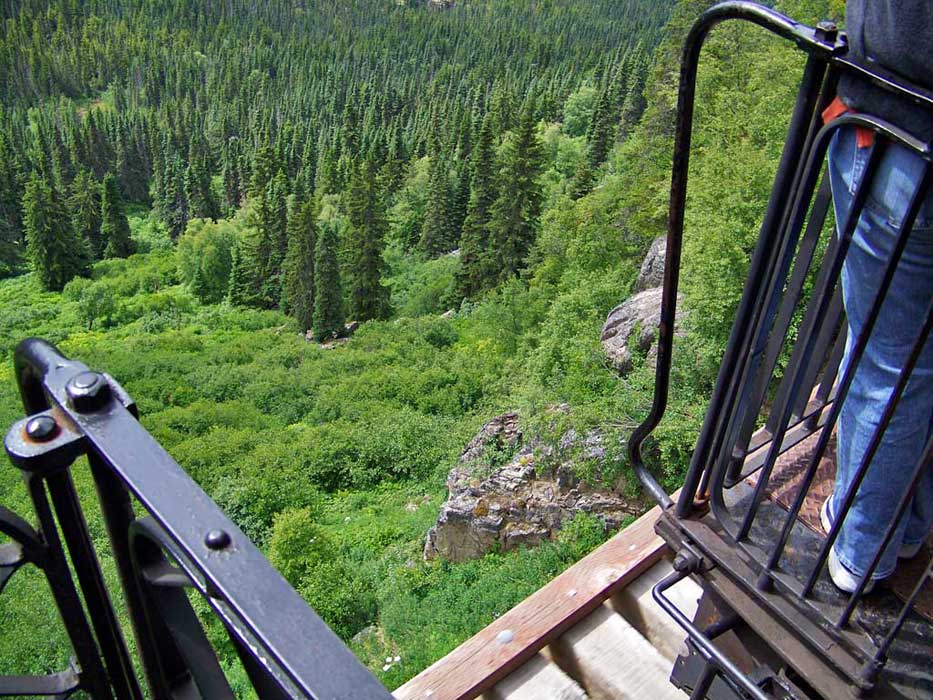 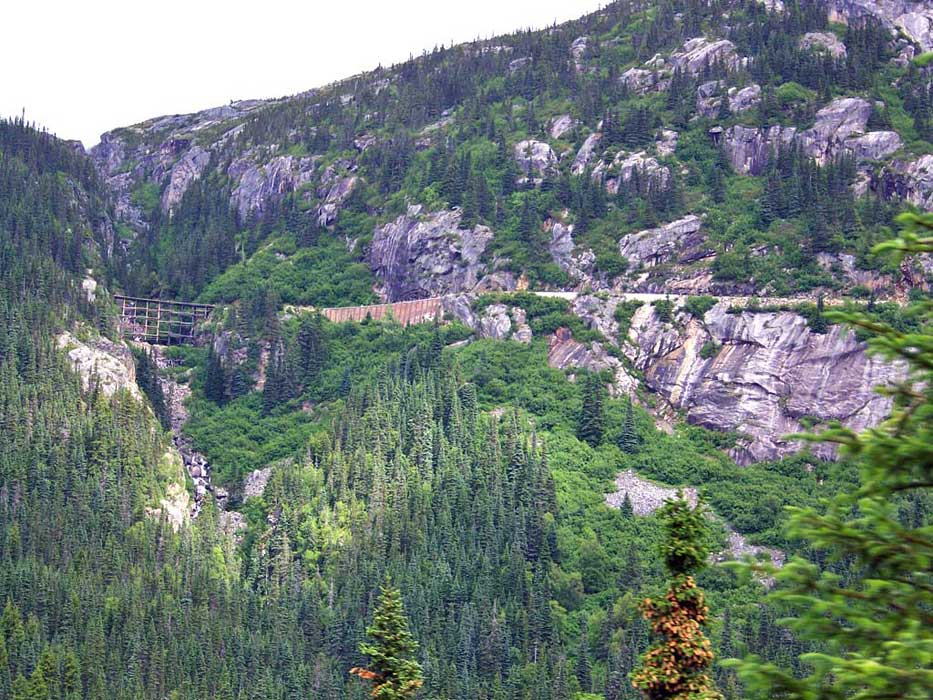 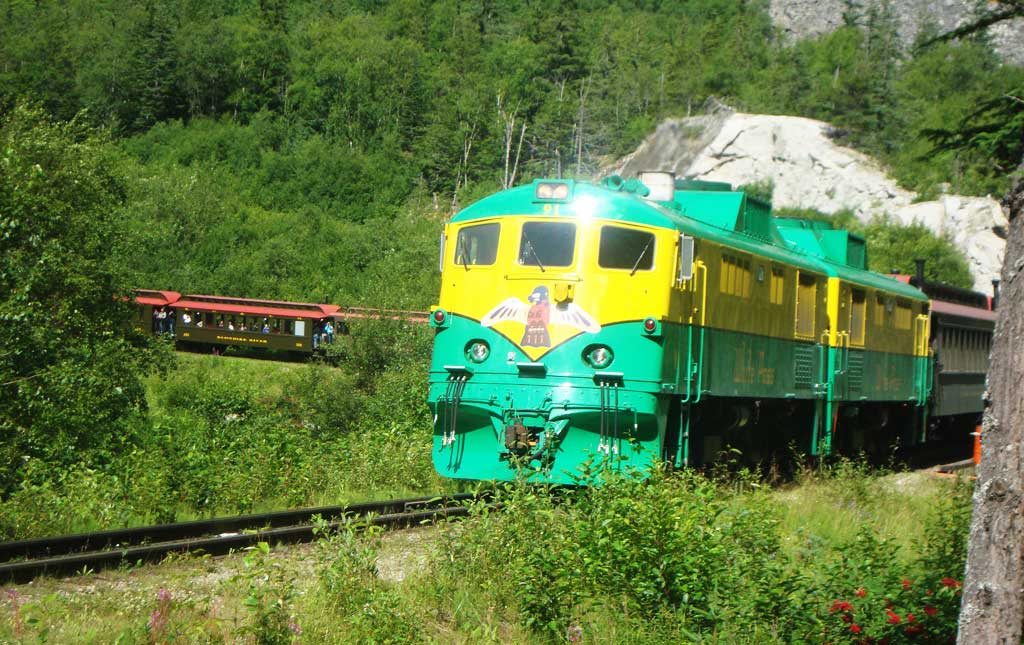 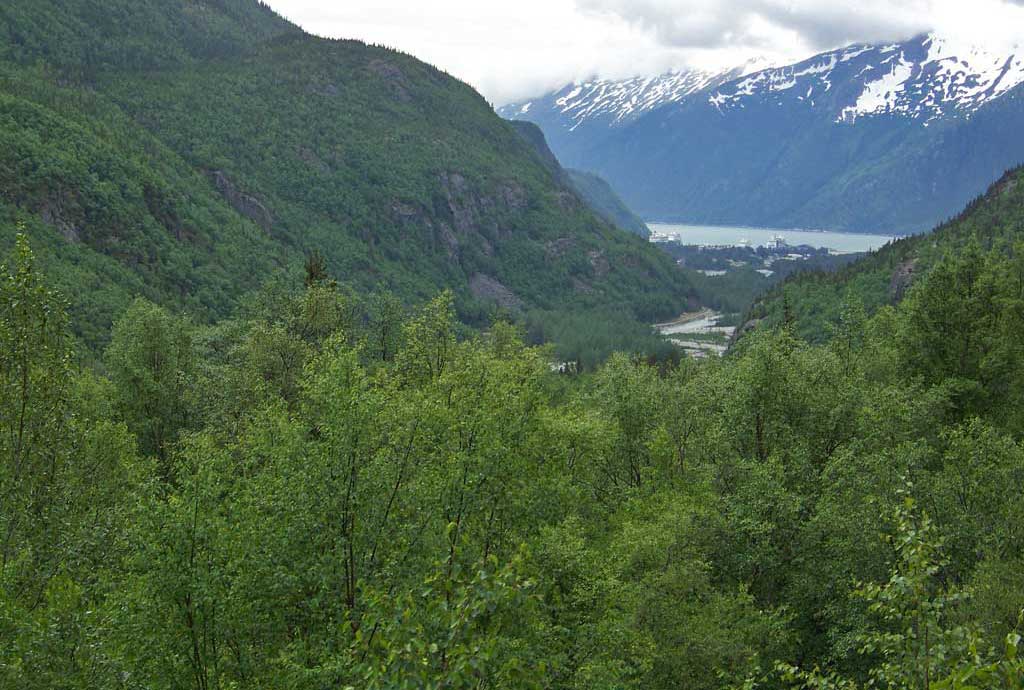