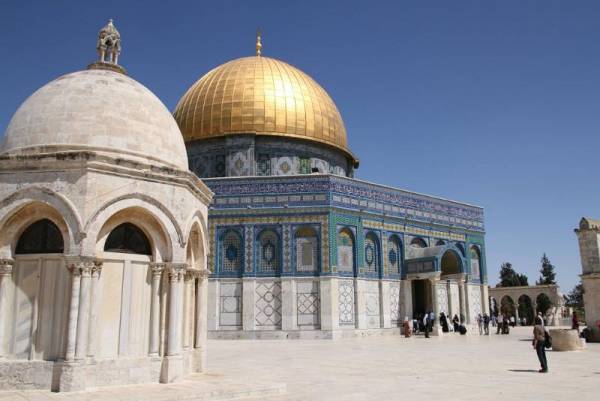 Dome of the Rock, Jerusalem Tour

Our Jerusalem Tour – Shore Excursion began at the Israeli port of Ashdod.  The Israeli immigration interrogated many passengers, so it took more than an hour to disembark the ship. Fighter jets screamed overhead in the port, so you knew security was a big deal. Our day tour then proceeded to Jerusalem.  I’d been to Zion 47 years earlier, when the city was divided and we couldn’t go to the Jewish side or the Wailing Wall.  This time I couldn’t go to the Dome of the Rock instead, as it was closed to non-Muslims. 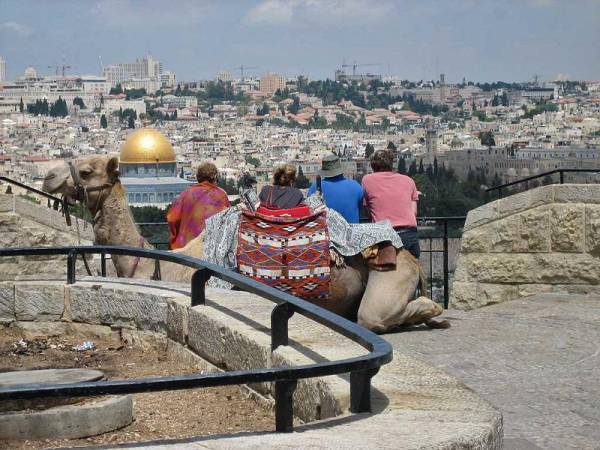 Jerusalem from the Mount of Olives

The view of the city from the Mount of Olives was fabulous on our Jerusalem Tour. I was struck by how much the wide open spaces had disappeared over the years. When I visited in the 1960s there were no foreign tourists to be seen, but now the hillside was covered in tour buses. Gethsemane and the Church of all Nations were unusual to me, but typical of the area. Many religions physically sharing the same building is common in Jerusalem. Some olive trees at Gethsemane are rumored to date back to the time of Christ. 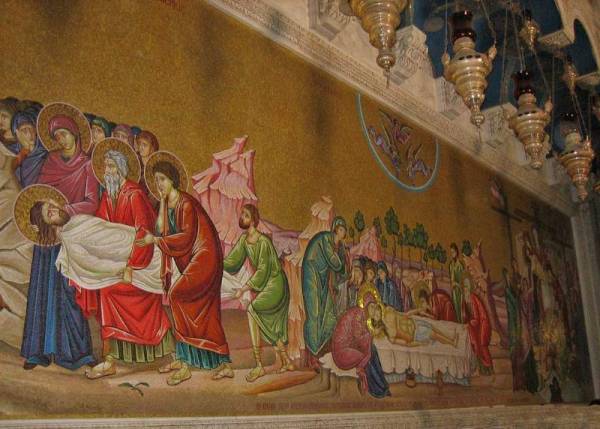 Entombment of Christ Mosaic, Church of the Holy Sepulchre 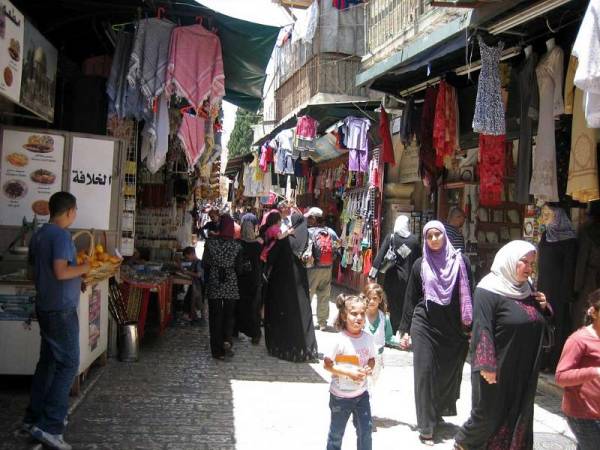 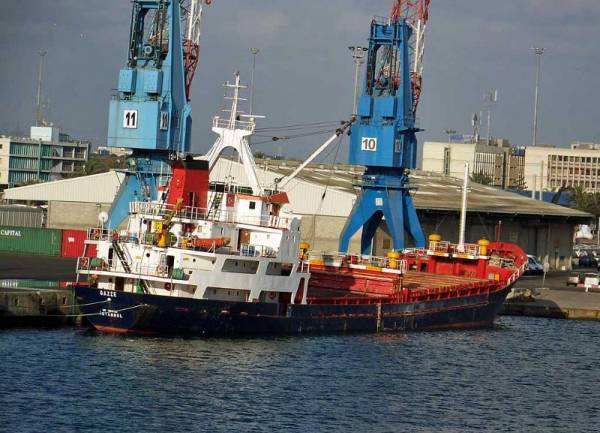 He also commented about how unjust it was for ships to try to run the Israeli blockade of Gaza. That issue was deeply on our minds, as our cruise ship in Ashdod was docked directly across from the MV Rachel Corrie & the MV Gazze. Israel impounded both ships for trying to run the Gaza blockade as part of the Gaza Freedom Flotilla just days earlier.  Israelis and had killed some of the protestors on board. Earlier we had seen the abandoned MV Rachel Corrie in the port of Ashdod. The MV Rachel Corrie still had FreeGaza.org painted boldly on its side. 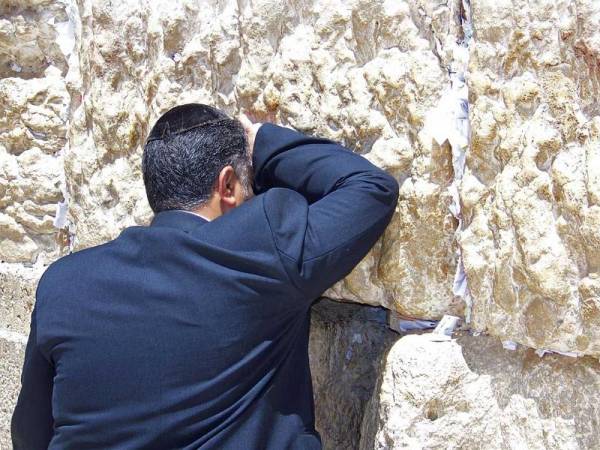 From the Muslim Quarter, we wandered the narrow shaded streets to the Wailing Wall. When I visited 47 years earlier, I could only peer down from the top of the wall from the Palestinian side to see the Jewish people against the wall. This time I was at the bottom looking up. You had to go through a metal detector to get into the square at the Wailing Wall. Armed military patrolled the area in front of the wall. The Wailing Wall is the only remaining part of the original Temple Mount. 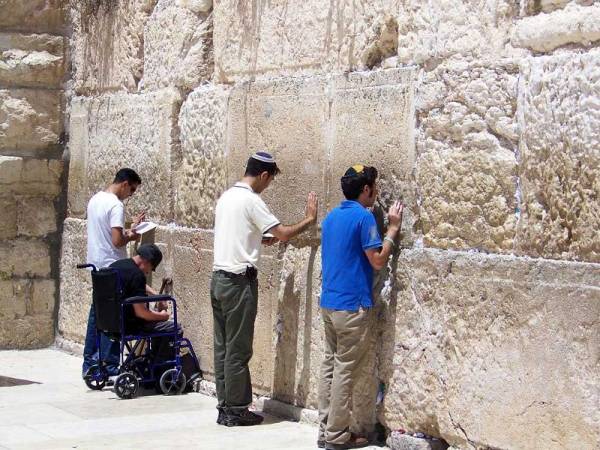 Men and women are segregated when they approach the Wailing Wall. Worshippers place their hands and sometimes forearms firmly against the Wailing Wall. Heads are bowed or rested on the forearm. Many rocked back and forth in this pose and chanted prayers. Many placed their wishes on notes and jammed these into the cracks of the wall. The wall was chock full of notes and the notes were falling to the ground like flower petals. 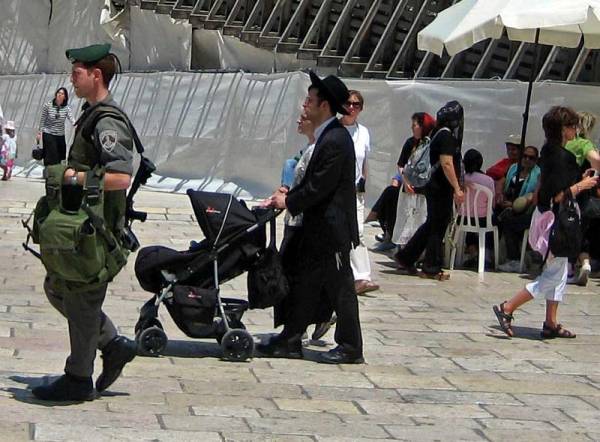 After lunch, our Jerusalem Tour headed to Bethlehem. The town of Bethlehem is under Palestinian control, so the security delays in and out from Jerusalem can be lengthy. Armed security walked through the bus. The two Israeli military personnel who boarded our bus carried automatic weapons, but they looked like teenagers. Our Jerusalem tour continued the multi-religion traditions at the Church of the Nativity in Bethlehem.

Church of the Nativity Entrance, Bethlehem

Various groups have reduced the size of the entrance arch to the Church of the Nativity over the centuries. The Crusaders filled in enough of the arch that it prevented camels from entering. Then the Greek Orthodox reduced the entrance to a half height door, which became the Door of Humility. This forces all, regardless of their status, to bow before the King of men. The quote of the day came from one of the tourists who refused to enter – “I’m not bowing down to go into some stupid church.” He waited outside. 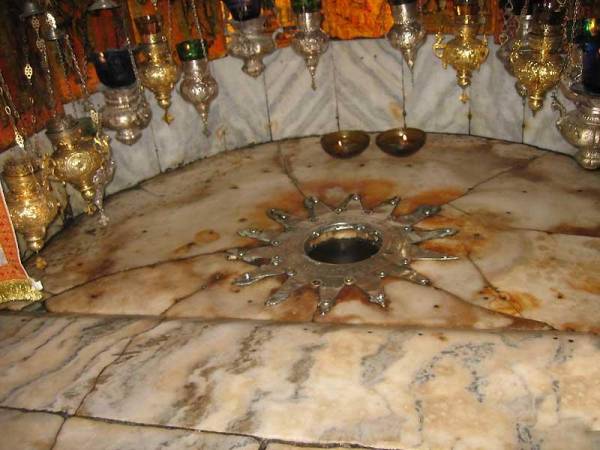 Birth Place of Christ, Church of the Nativity, Bethlehem

The orthodox church controls the Church of the Nativity, but there is an Armenian altar, a Syrian Orthodox altar and an entire Roman Catholic Church wing. The site of the manger and the birth are beneath the Greek Orthodox altar. Many visitors proceeded down into the cramped space where a star set in stone marks the birthplace of Jesus Christ. Two priests were chanting as we visited. The Greek Orthodox decoration was best described as tacky. The Roman Catholic wing was traditional Catholic décor and is the site of a world-wide televised ceremony each Christmas. 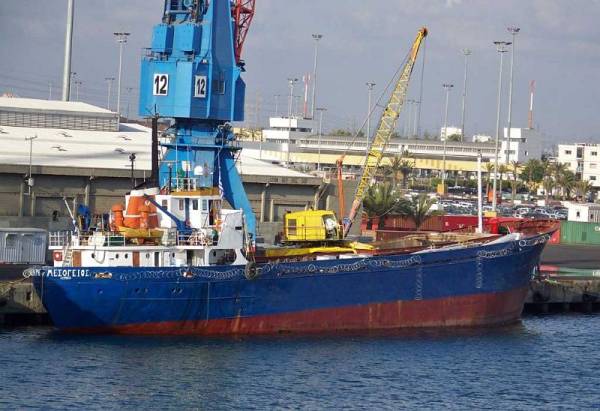 Our Jerusalem Tour Shore Excursion finished off with our return to Ashdod. Back at the port, we witnessed two freighters impounded by the Israeli for attempting to run the Israeli blockade against Palestine. The MV Gazze and the MV Rachel Corrie both sat in ignored silence. Israeli forced had killed nine protestors when they boarded the ships in the Gazza Freedom Flotilla just a few days earlier. It was a sobering reminder of the wars that plague Jerusalem and the Middle East. 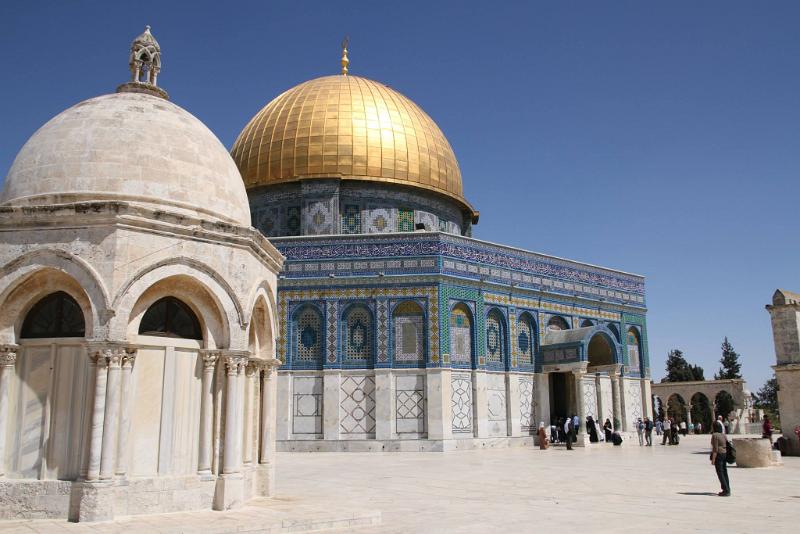 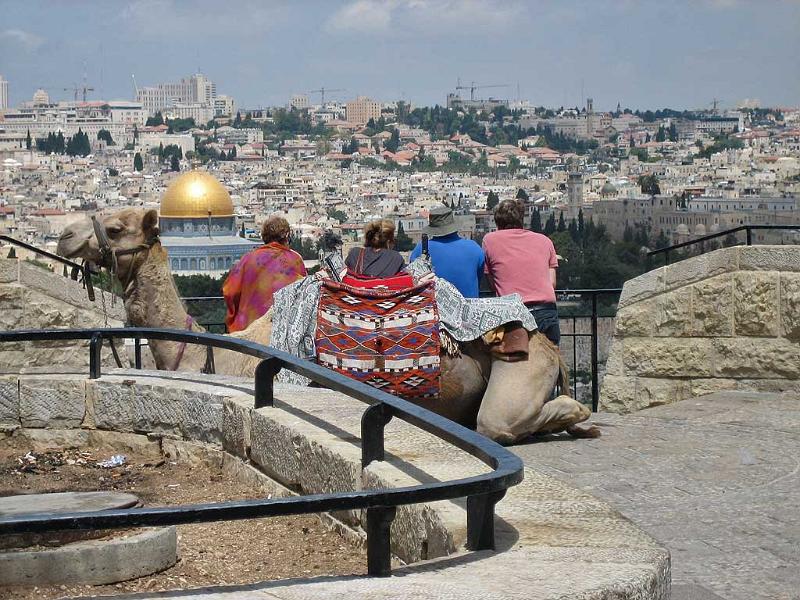 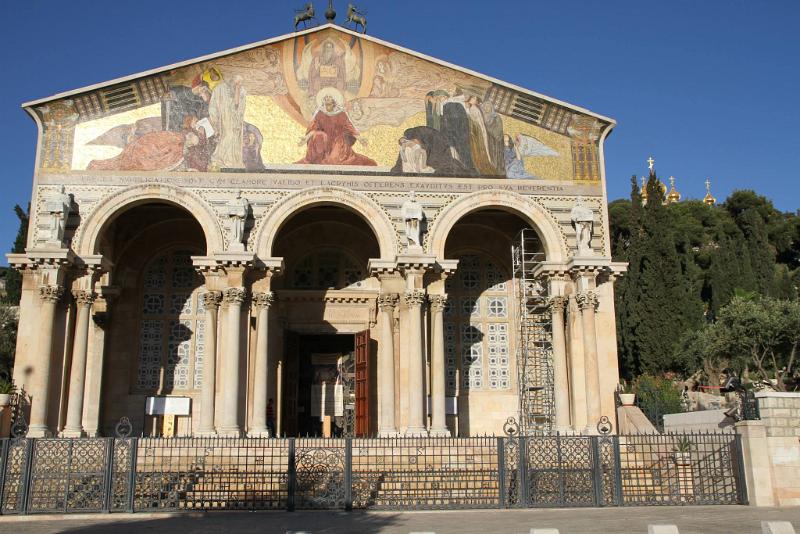 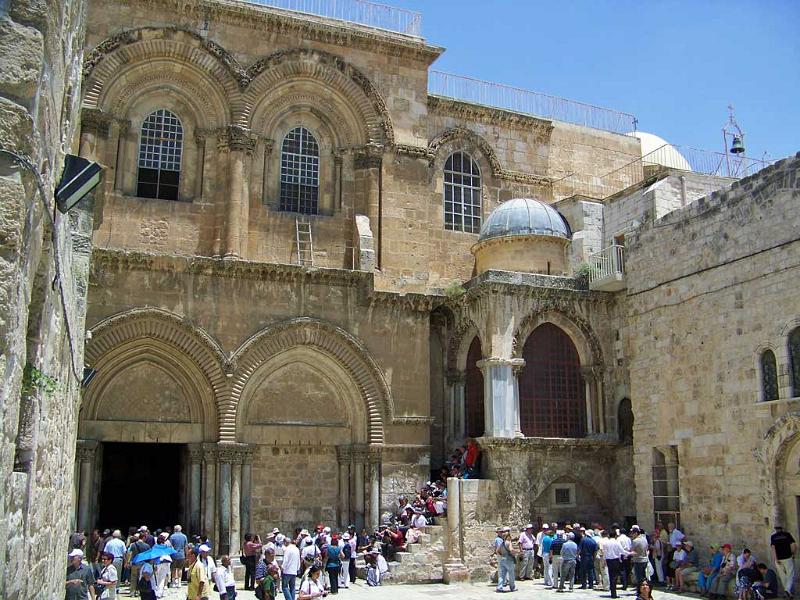 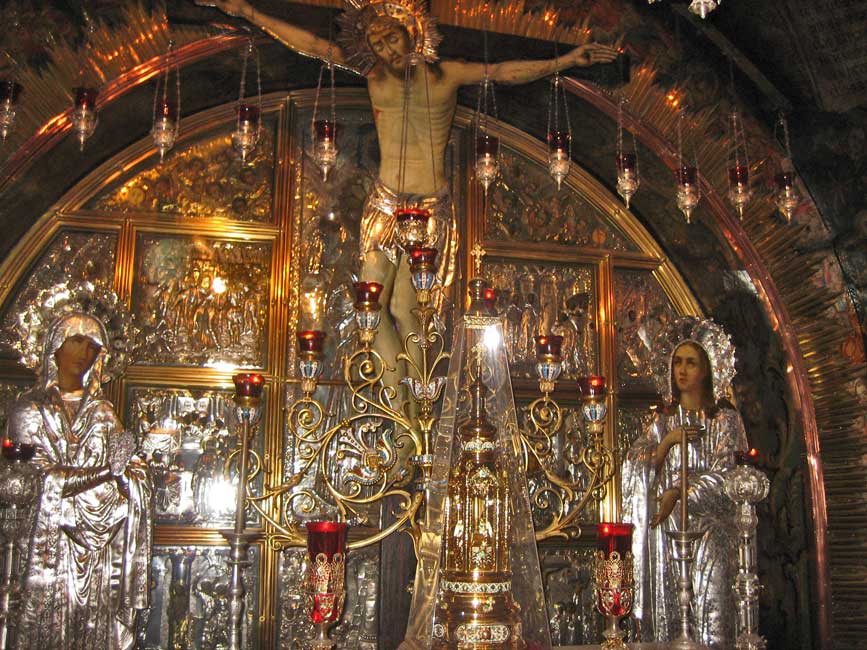 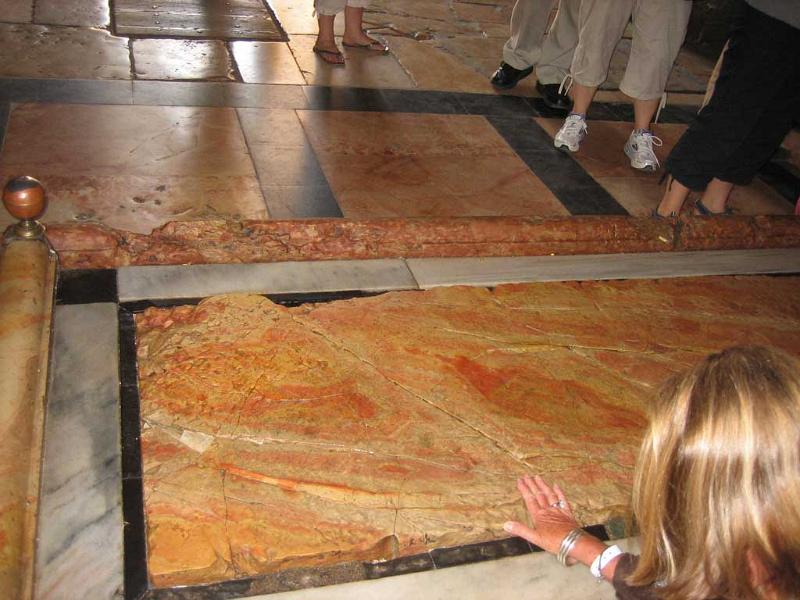 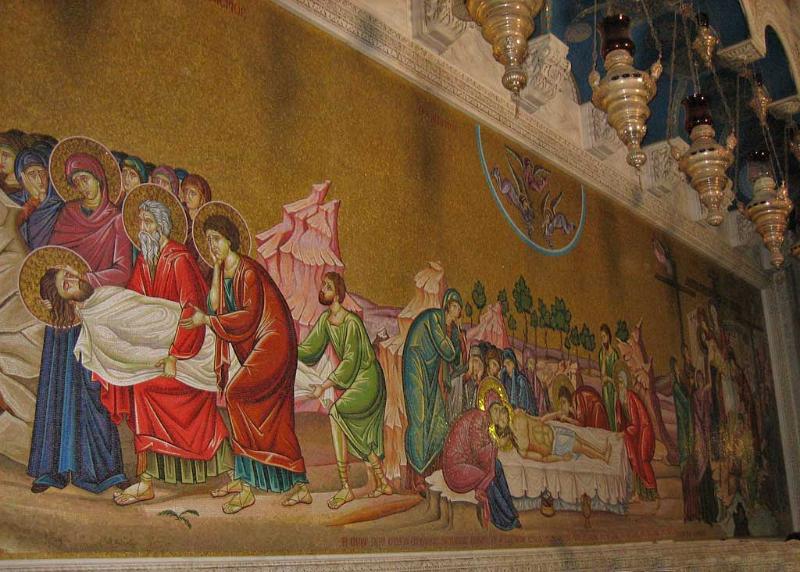 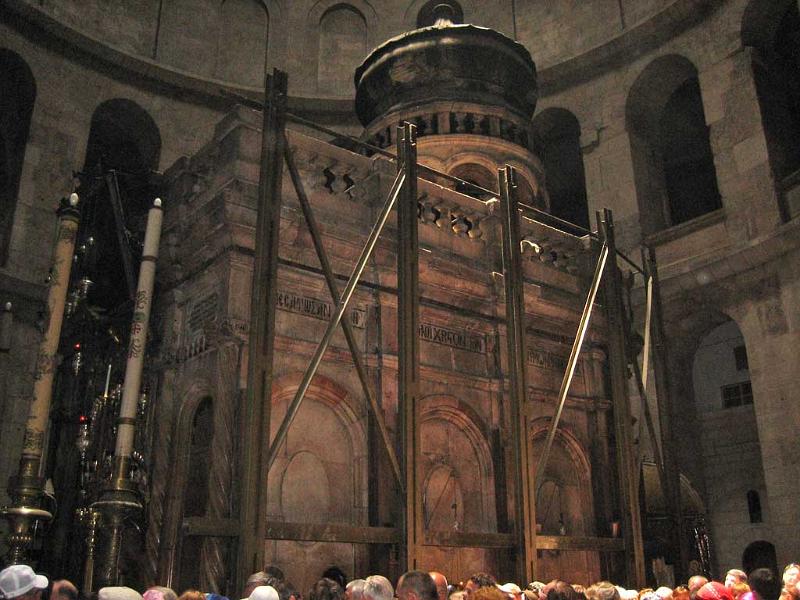 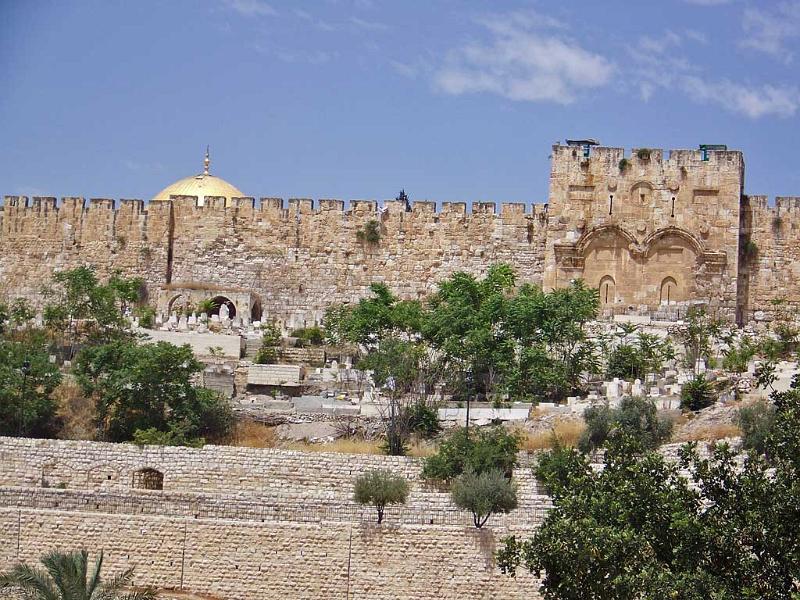 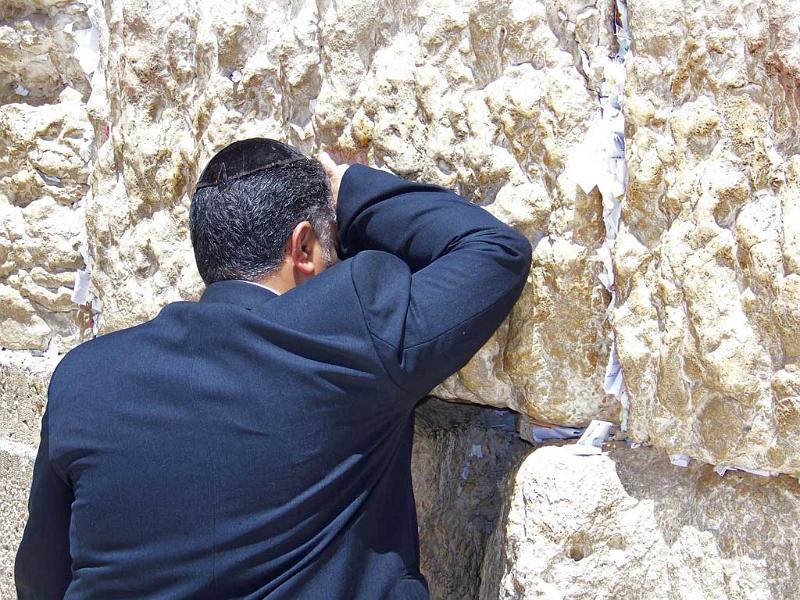 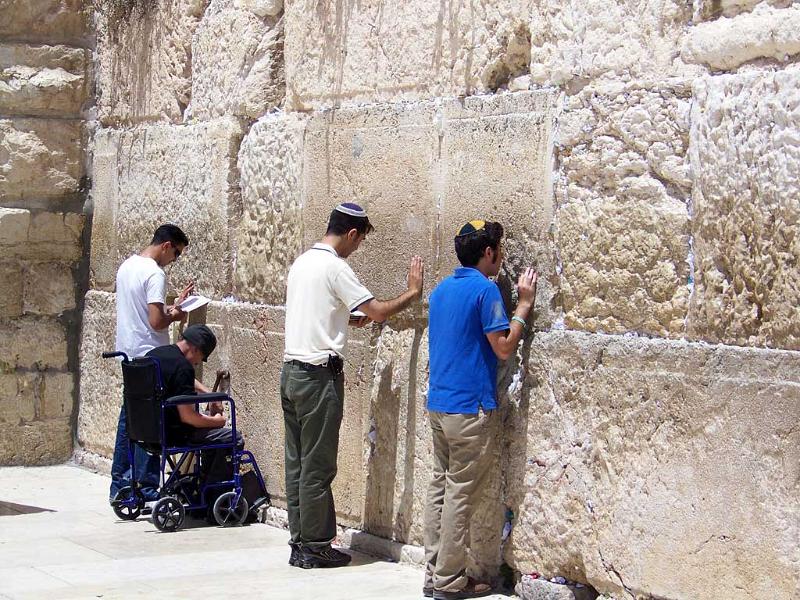 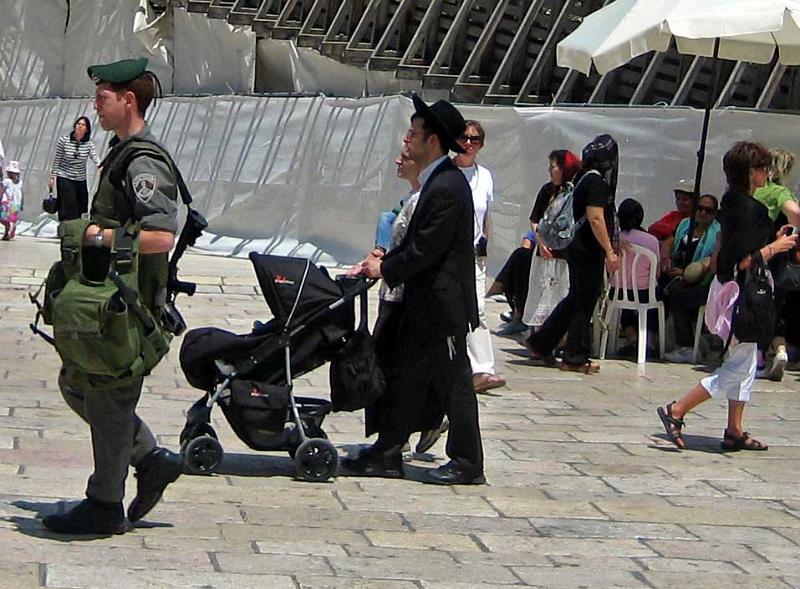 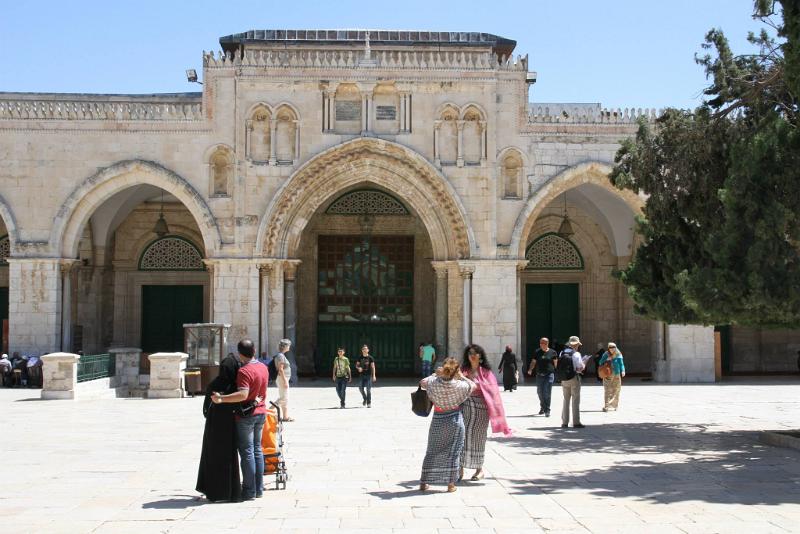 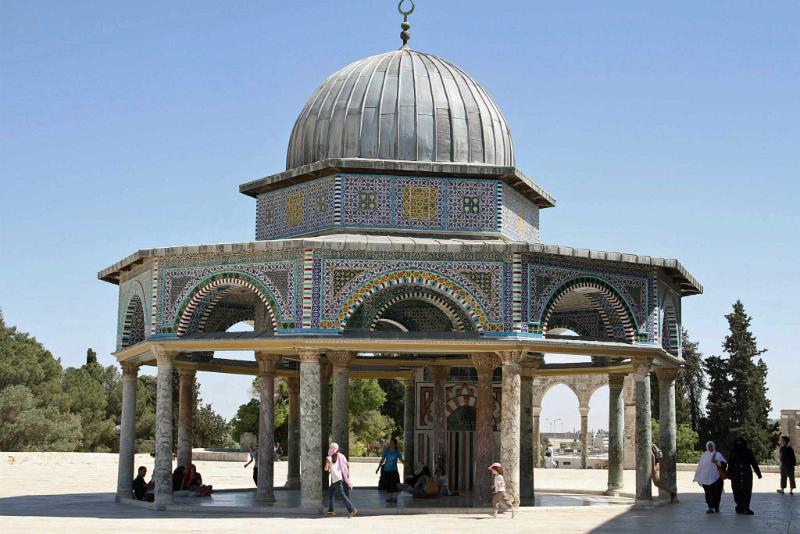 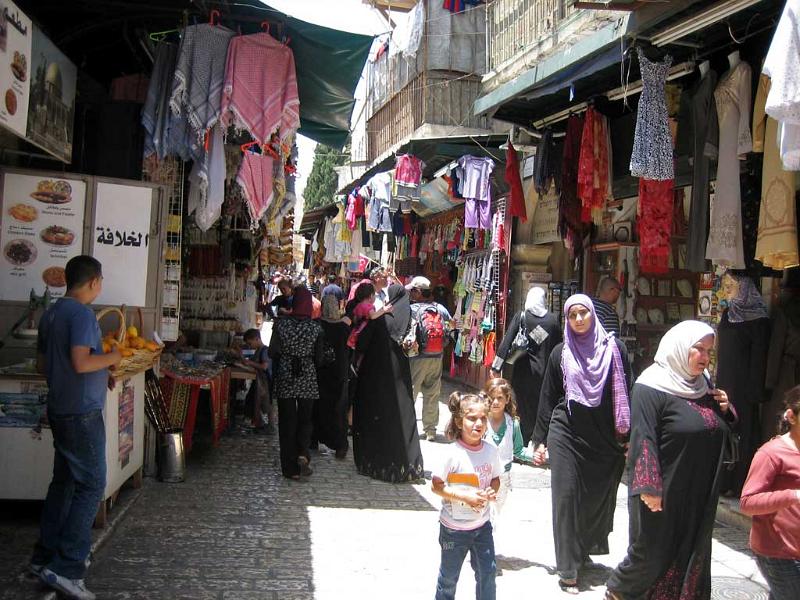 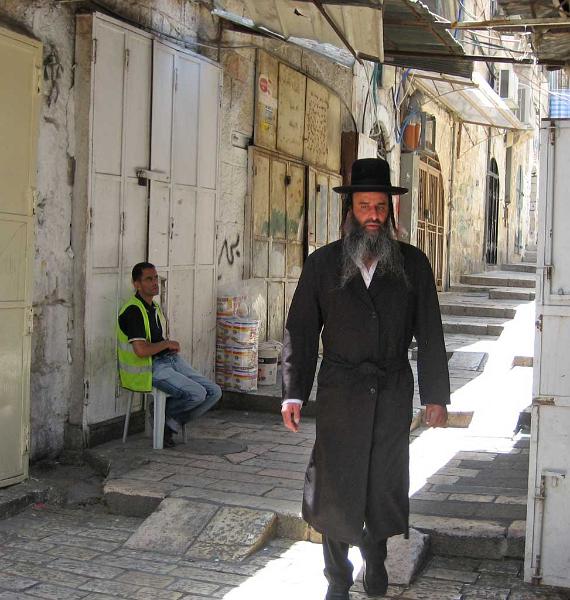 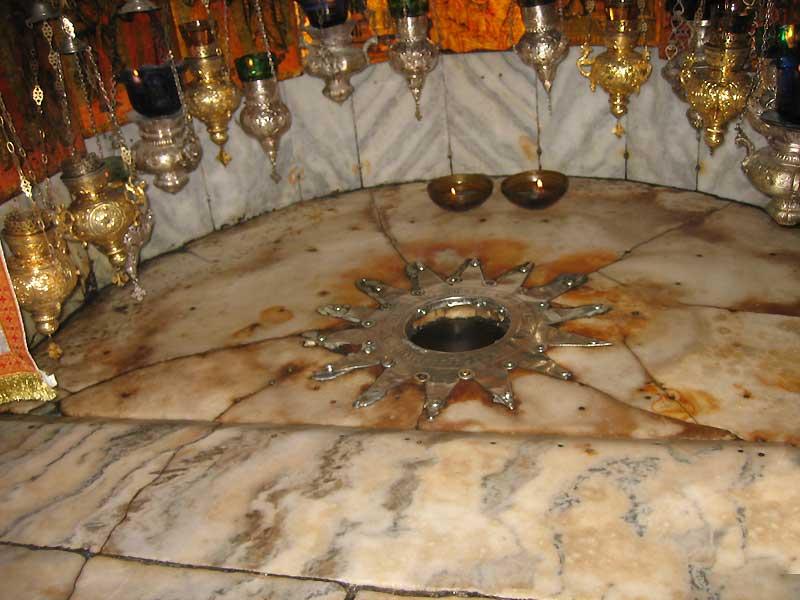 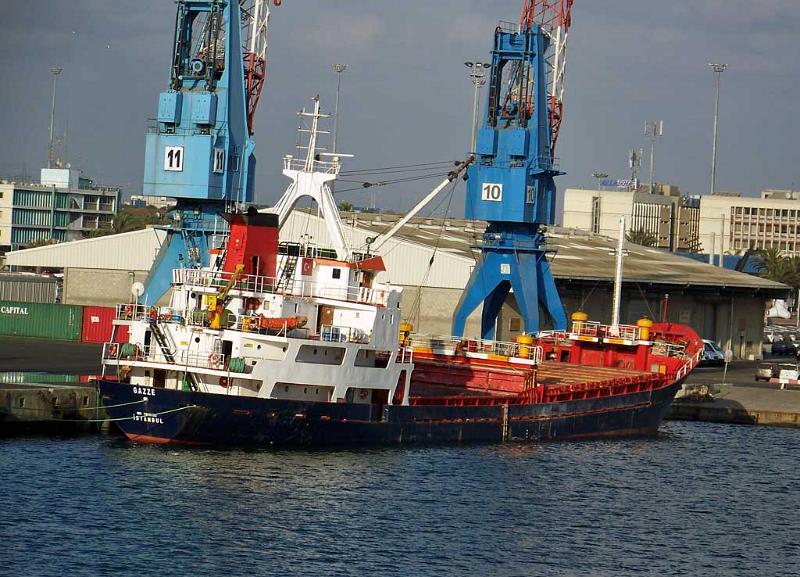