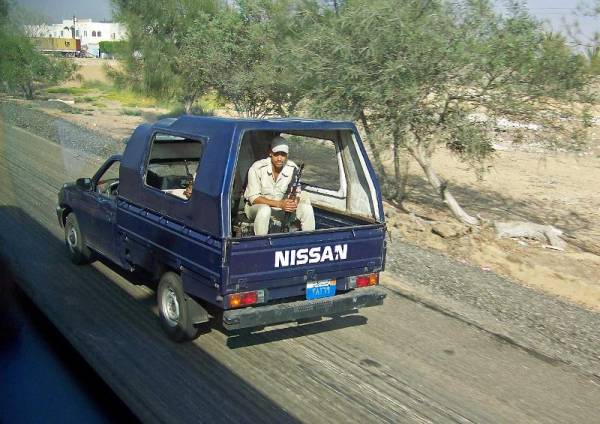 Visiting Egypt is truly a trip to a foreign land!  We started our Cairo Shore Excursion from Port Said with 16 tour buses, two spare buses in case of breakdowns and armed escort vehicles.  Amazingly, they had all the side streets and on ramps blocked for the first 2 hours to the outskirts of Cairo.  At each intersection, a white clad member of the Tourist Police stood blocking side traffic. 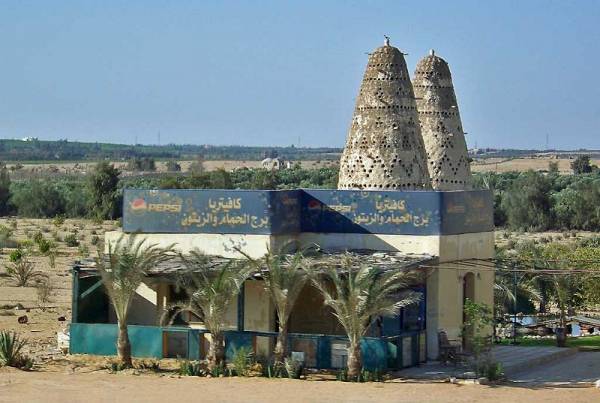 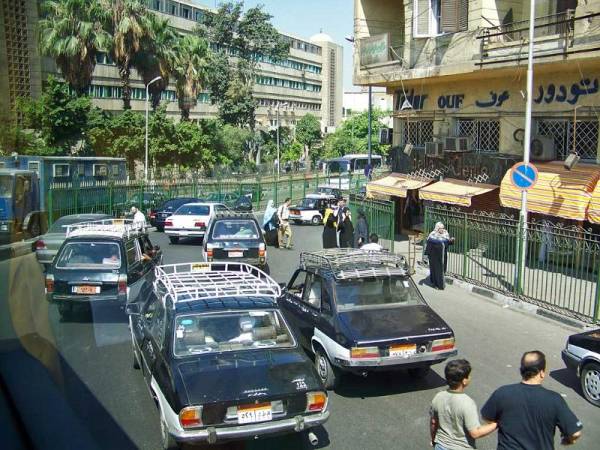 Cairo was interesting too, with frantic traffic and constant noise from horns.  It’s easy to understand that whales must be communicating with each other when you understand that the horns in Cairo are a language unto themselves.  A myriad of different short and long patterns to communicate ideas such as “watch out”, “thanks”, “go ahead, it’s clear” and also much less polite expressions. 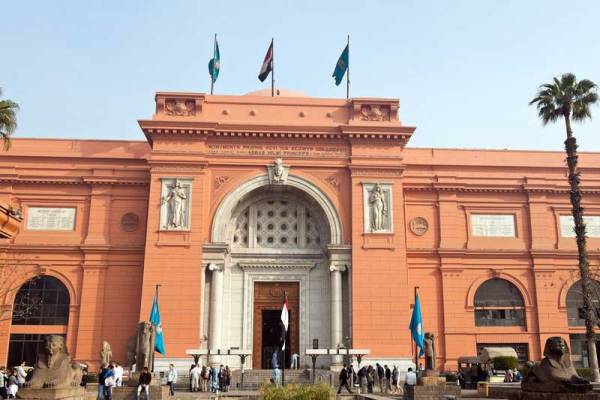 Downtown, in the heart of the chaos, we visited the Egyptian Museum for a little over an hour.  This is a must see stop.  Photos aren’t allowed and the security screening keeps all cameras out. Given how busy it was, this was actually a benefit, because there is no one posing for photos in front of exhibits.  The displays are extensive and cover basically 5,000 to 3,000 years ago.   They include gold plated chariots, numerous sarcophagi, tables many meters tall with cuneiform chiseled over every exposed surface and papyrus documents.   The main attraction is the King Tut exhibit including 4 rectangular gold plated rectangular coffins, two gold individualized sculptured coffins and the famous head dress.   The various coffins all fit inside each other like Ukrainian dolls.  Their beauty is enthralling.

The next stop on our Cairo Shore Excursion was lunch on a Nile River cruise.  The food was great.  The upper covered deck provided views of the city and cool breezes.  The belly dancing, exotic live music and a whirling dervish on the lower deck contrasted with the peaceful atmosphere on the open upper deck. 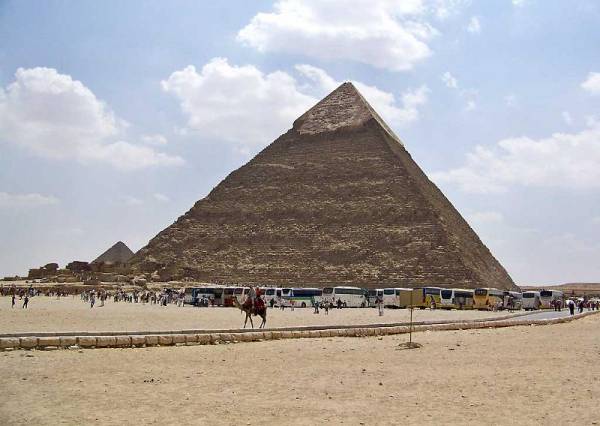 The Pyramids of Gizeh (Giza)

After that we were off to the Pyramids of Gizeh.  Surprisingly, they spring right out of the poverty stricken Cairo suburb of Gizeh.  One minute you are watching people, camels, horses and goats in a maze of side streets and the next minute you are at the base of the Great Pyramid.  The sphinx lies below 3 large pyramids and overlooks Cairo.  To the west, the city and the ruins both cease immediately and the desert takes over.

The pyramid site was a gong show.  Add our 16 tour buses to the mix of tourists and the multitude of camels and vendors trying to make money off tourists.  No time to be contemplative about the magnificence of the pyramids.  Take your photo and fend off the locals.  I actually enjoyed the local experience more than the pyramids.  Lots of fun.  We heard quite a few horror stories from less fortunate tourists back on our bus though.  The camel riders hounded some of them until they paid for the photos they had taken.  One tourist paid $130 for a camel ride when the going rate was about $10.  “I just paid $25 for a bag of junk”, one fellow laughed. 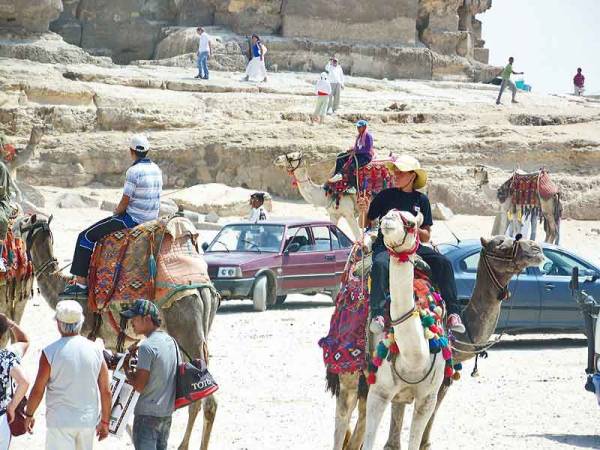 I enjoyed bartering for trinkets, fighting to keep my hat, fending off pick pockets and conversing with camel riders.  Having lived in the Middle East as a youngster, I had confidence in being clear about what I would buy and when.  I would have loved to continue to wander  and barter among the vendors in the heat and blowing sand, but it was soon time to leave. Visiting for more than a day would allow for the luxury to view the pyramids before or after the daily infestation of tourists.  As we left, camels were being loaded on to trucks, signaling the end of the assault on the tourists. 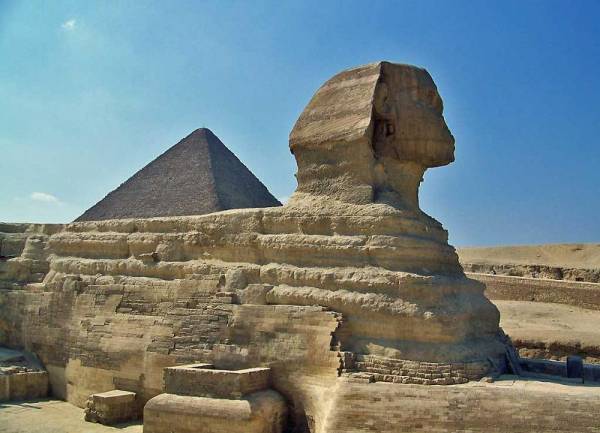 Our visit to the Sphinx was quite brief.  The tour guide indicated that Napoleon and his canon artillery shot off the nose and beard of the sphinx, but there is documentary evidence indicating it was already in this state prior to Napoleon’s arrival.  It took me more than half a century to finally get to the sphinx & Great Pyramid, but the experience was over in a matter of a few minutes.

Next our Cairo Shore Excursion had a short demonstration on how papyrus paper is made.  This was followed by the planned shopping opportunity with a vendor chosen by the cruise ship company.  I refused to participate, but I did see the most lovely large papyrus pic for $200.  Not sure where I would ever put such I thing, but I did love it. 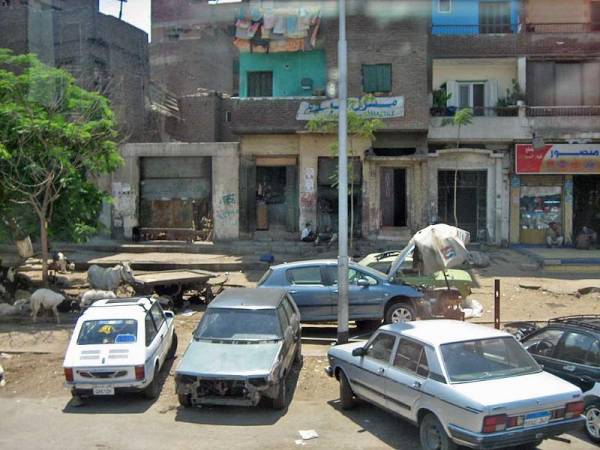 The route back to Alexandria was 3 uneventful hours.  Apparently we didn’t need an armed escort once we’d completed our visit. The land was manly fenced farmland until we got near Alexandria.  Then we saw the poverty again.  Right beside the port were stone buildings that were collapsing and yet you could see that people were living in them.  The reality of daily life in Egypt made a far stronger impression than its history.