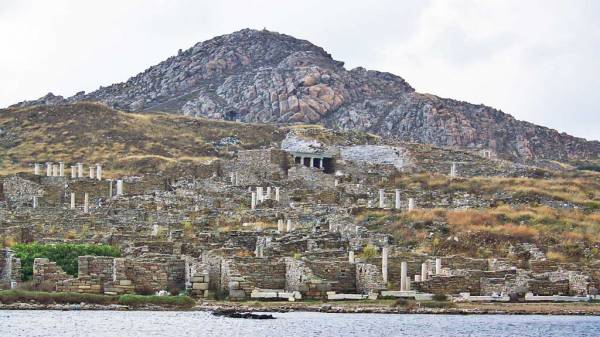 Delos Day Trip – Get There

Our Delos day trip was a highlight of our Aegean Islands Cruise.  After anchoring at Toulous near Myknonos, we took the ship’s customized Delos Day Trip to get there.  The Day Trip started at the cruise ship dock, where we boarded a small boat to Delos.  If you aren’t on a cruise ship shore excursion, you can also get there on a Delos day trip from the Old Port in Mykonos.   On board our boat that day, there were about 30 English speakers in one tour and about 20 Greeks in another.  The small enclosed 2 story boat made it an adventure to get there in the 6 – 9 foot swells.  The boat trip took about half an hour. 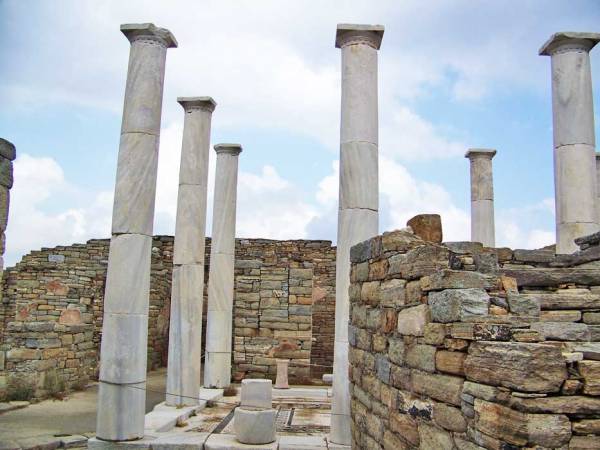 The small island of Delos is known for the extensive Greek ruins and as the birthplace of Apollo.  The island of Delos was enchanting.  No one is allowed to live on the island except archaeological staff.  The island had already closed for the day to tourists, so our tour was the only people on the island.  The guide was amazing.  She gave us the history and kept us moving about the large expanse of ruins.  The building structures are well preserved and only about 1/6 has been excavated.  The marble temples have all been robbed and plundered over the centuries.  From 600 – 300 BC this was a pilgrimage site for Greeks.  Eventually births and death were forbidden on the island, so the dead were buried on nearby Rhenaea Island.  The rules meant that eventually no one had family history tied to the island of Delos. 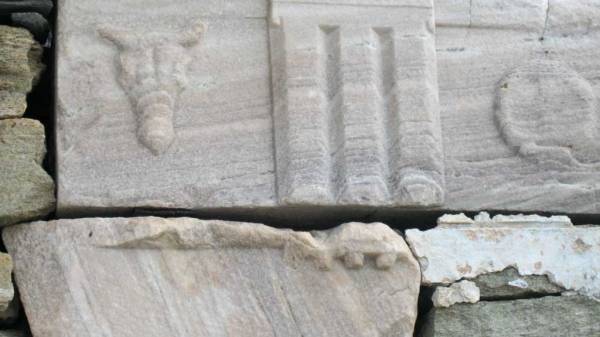 The extensive ruins at Delos are different than Pompeii.  The stones are intricate and small, instead of massive.  The surrounding area is natural instead of enclosed by a city.  The large masses of tourists are absent in Delos.  There are no souvenir shops.  We visited the temple of Dionysus, the 5,000 seat amphitheater, floor mosaics and the remains of the statue of Apollo.  The tour finished beside the lions facing east and guarding the lake where Artemes and Apollo were born under a palm tree.  A palm tree has been planted at the location, giving a sense that more than 2 centuries are just a few moments back in time. 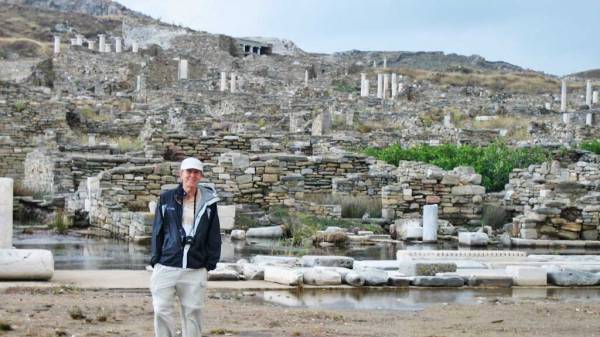 The tour guide indicated that Delos was the island at the center of the Cyclades.  The Greeks thought that all the other islands revolved around Delos.  They also thought that Apollo was the source of light and art in the world.  The guide’s reference to us now being present at the Greek center of the universe, alone and untouched by the modern world, was emotional.  My Delos Day Trip was an unexpected highlight of my life, at the mythological Greek center of the universe. 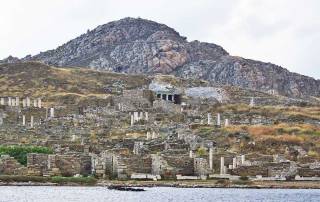 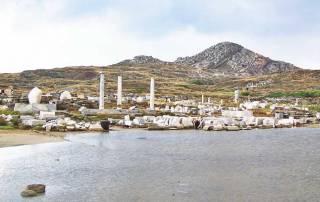 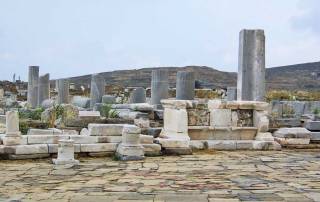 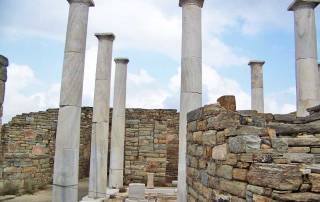 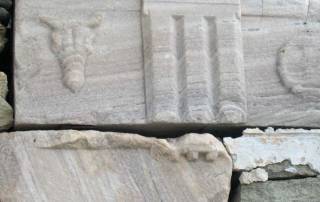 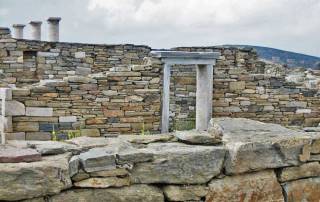 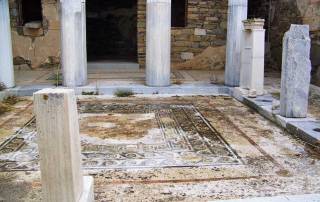 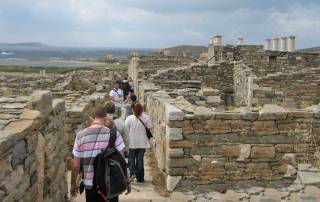 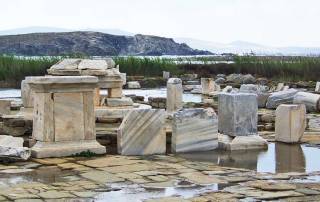 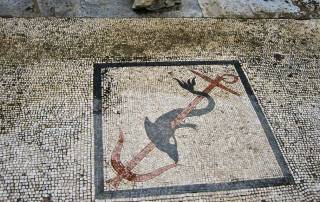 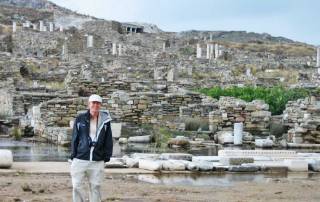