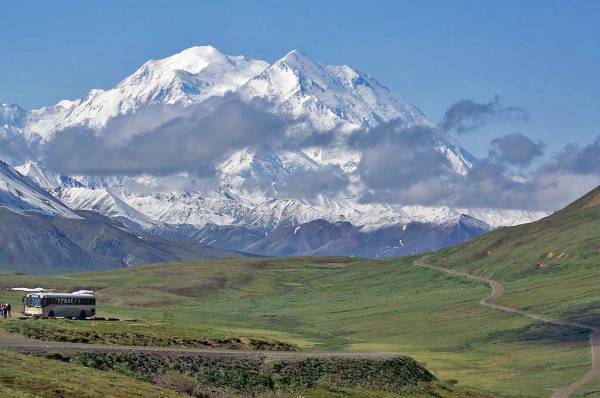 June might not be the best month to head to Alaska for a Denali Day Tour, but the weather is so unpredictable that other months might not be better.  We arrived for our Denali Day Tour on a flight in to Anchorage.   Anchorage is a typical city, but it’s tucked between glaciated peaks, flat forested areas and Cook Inlet.  A rental car was a much cheaper and more convenient than taking the Alaska Railway or joining a cruise land tour. 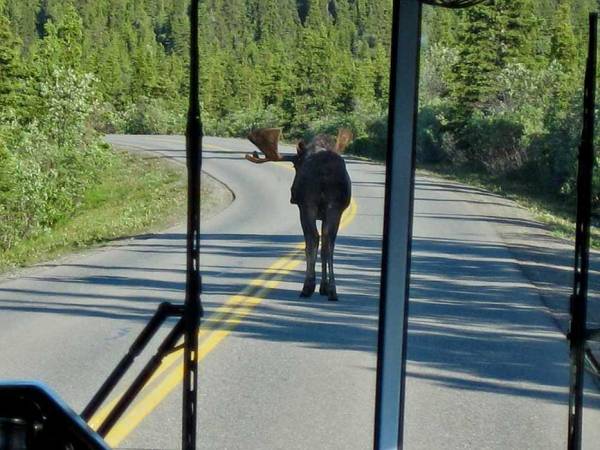 The drive to Denali Village was not that exciting in the overcast weather.  Just north of Anchorage, some of the peaks are spectacular and reminded me of the Canadian Rockies.  Once you’ve cleared the Cook Inlet though, you move away from the mountain chains.  After Wasilla it’s remote, flat and forested with short growth pine and some substantial rivers.  If the skies are clear you’ll see some amazing glimpses of Denali.  Without clear weather, I don’t think the train trip from Anchorage to Denali would add significantly to the experience, even with their glass domed cars.  We stopped a couple of days on our drive to Denali Village at the Mt McKinley Princess Wilderness Lodge, which we loved. 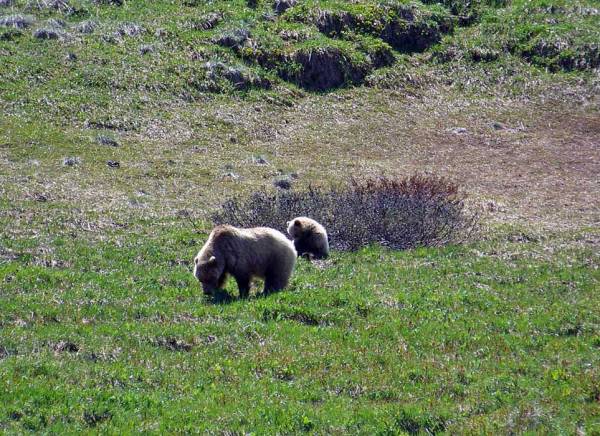 Cars are only allowed on the first 18 miles of Denali National Park.  So, we made the mentally exhausting commitment to take an 8 hour park park narrated bus tour to Eileson at mile 66 of the park.  Tours can be purchased directly from the Park Service in advance.  We were up early for a 7 am departure.  Surprisingly the sun was out on this day with bright blue skies.  The sun was shining for the first time in weeks.  Before the Denali Day Tour bus reached mile 18, we already had seen a moose blocking the road, a grizzly bear crossing the road while a bicycler waited for it and a spectacular view of Denali. 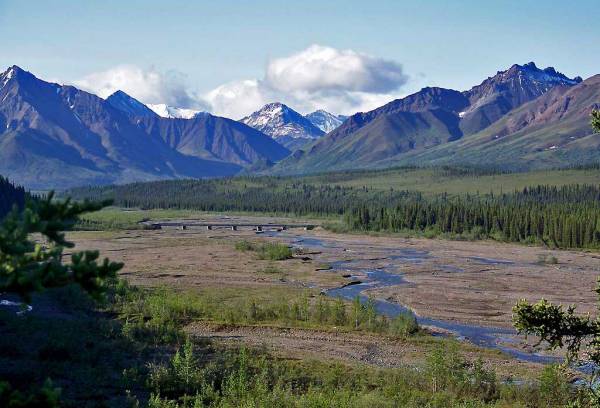 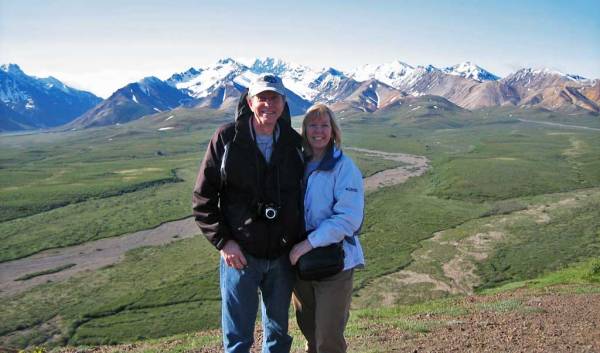 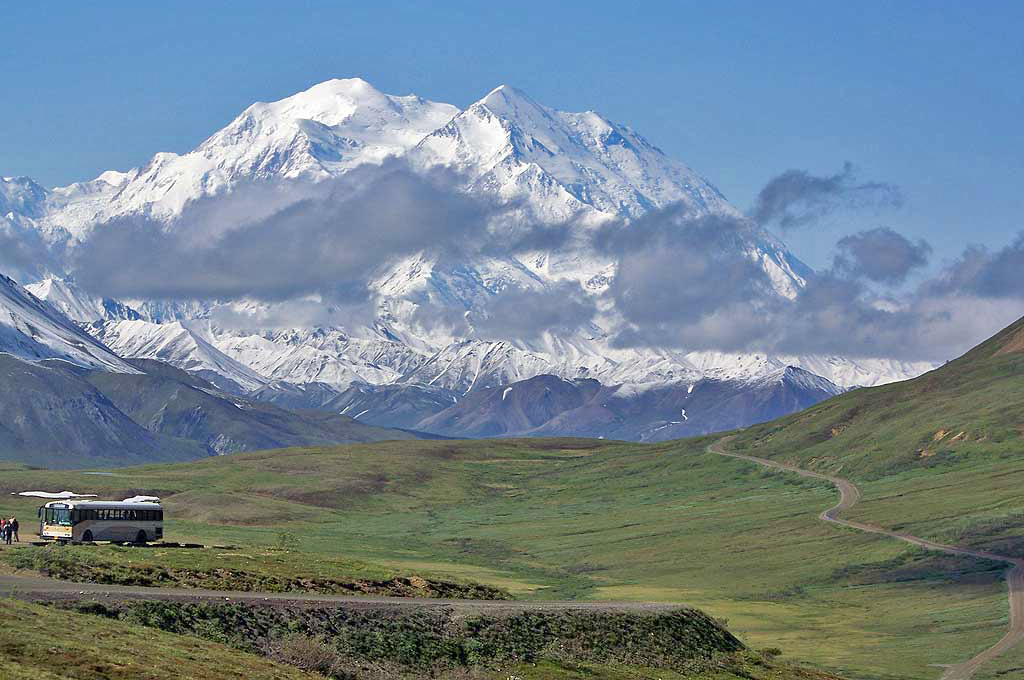 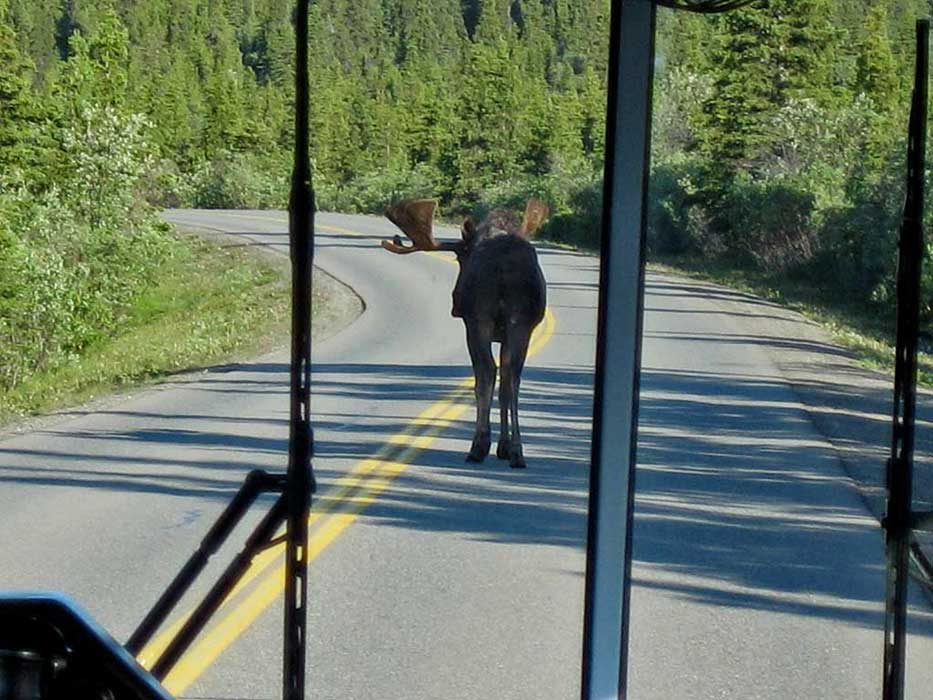 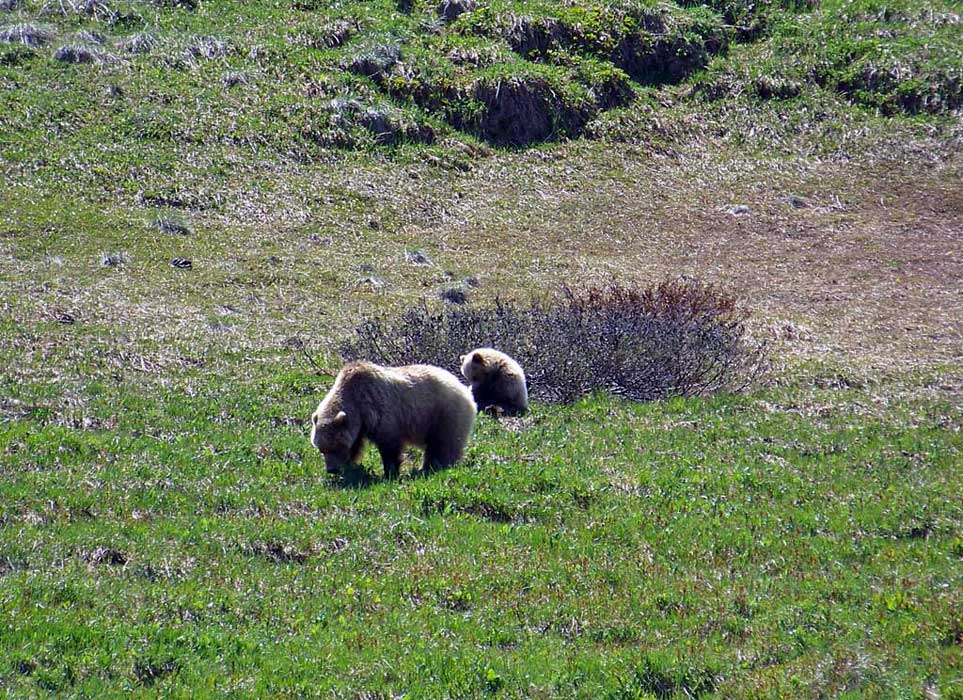 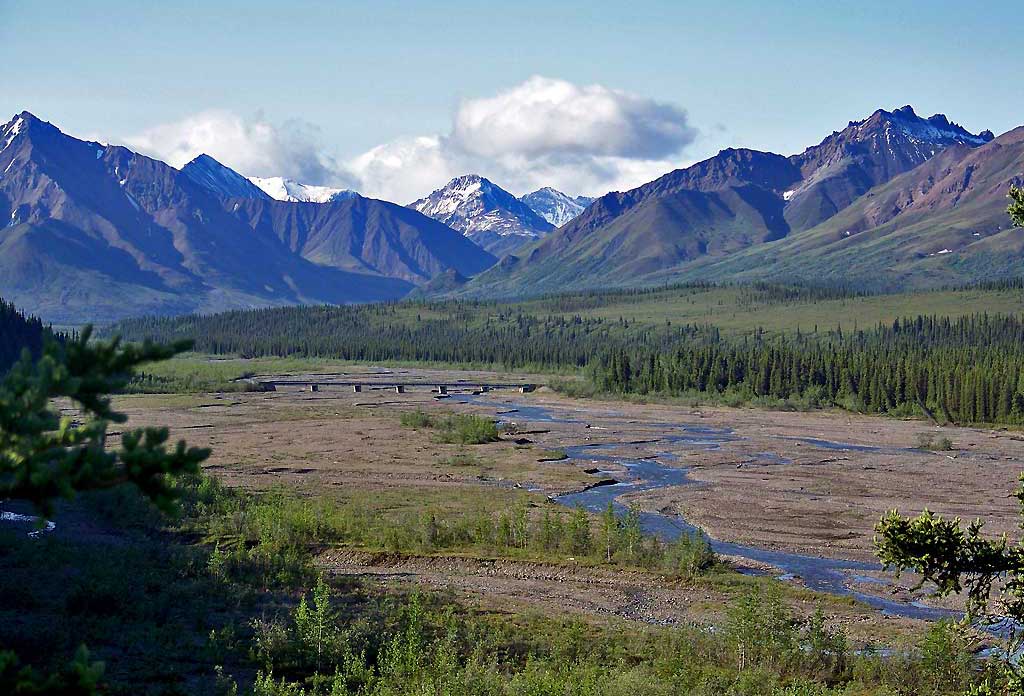 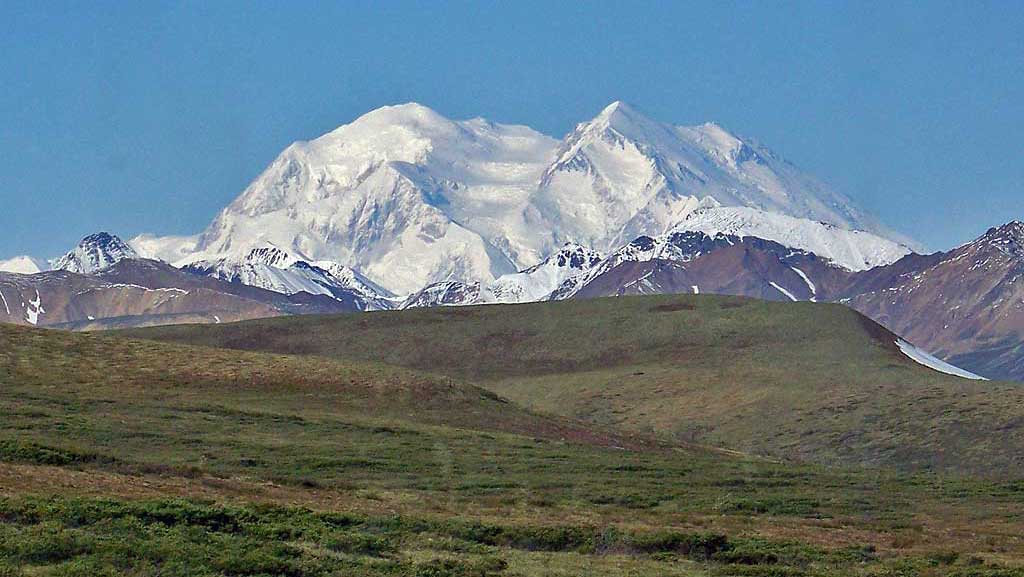 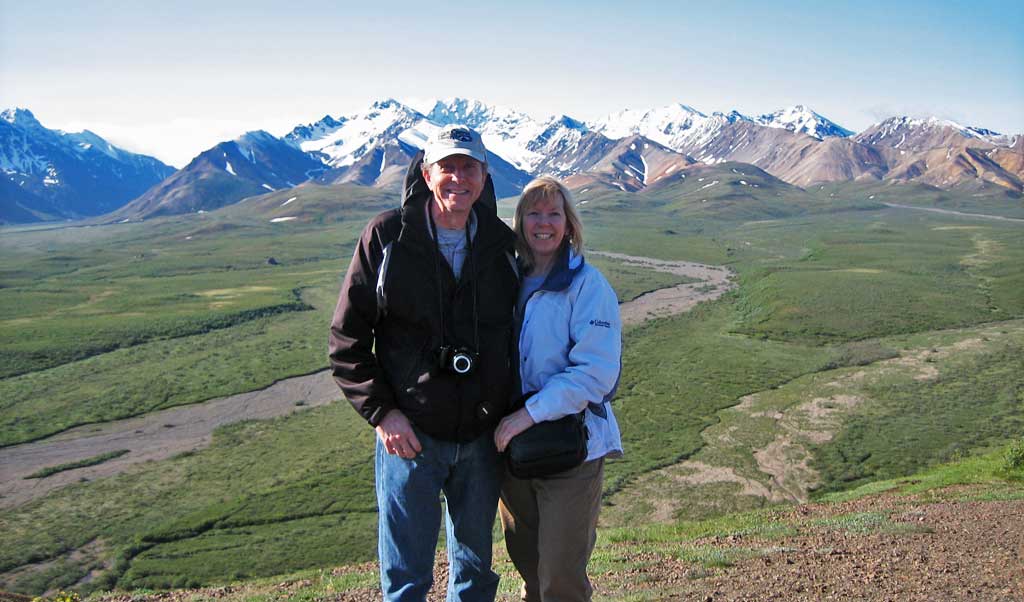 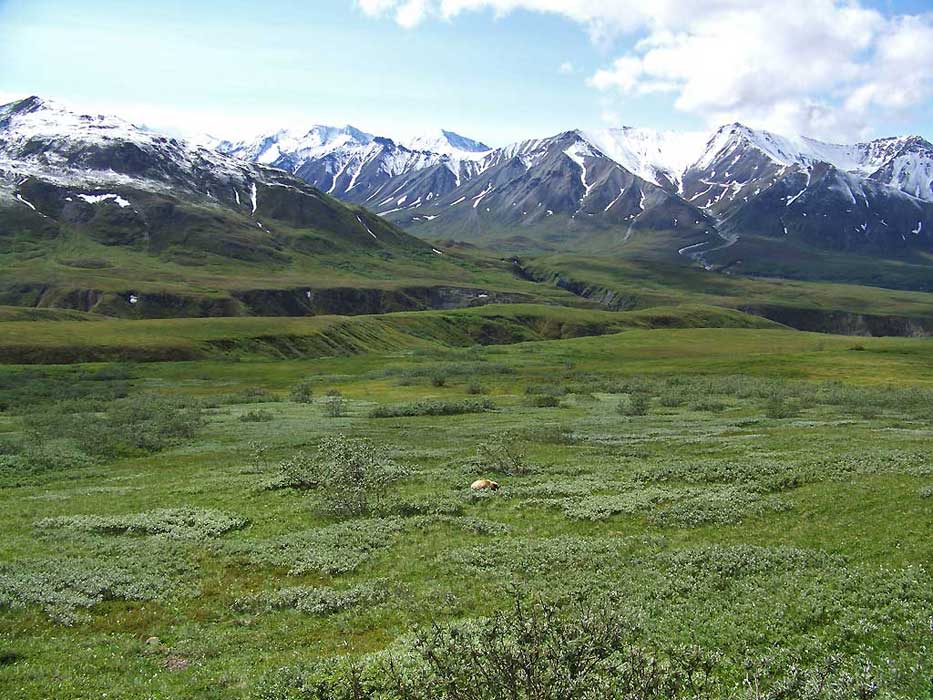 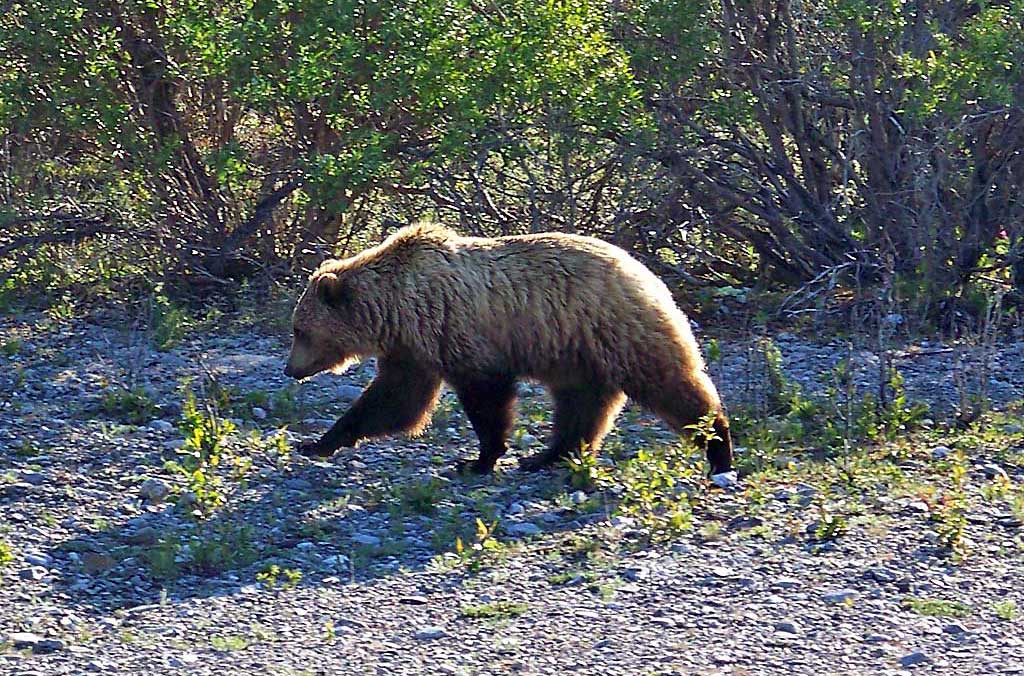 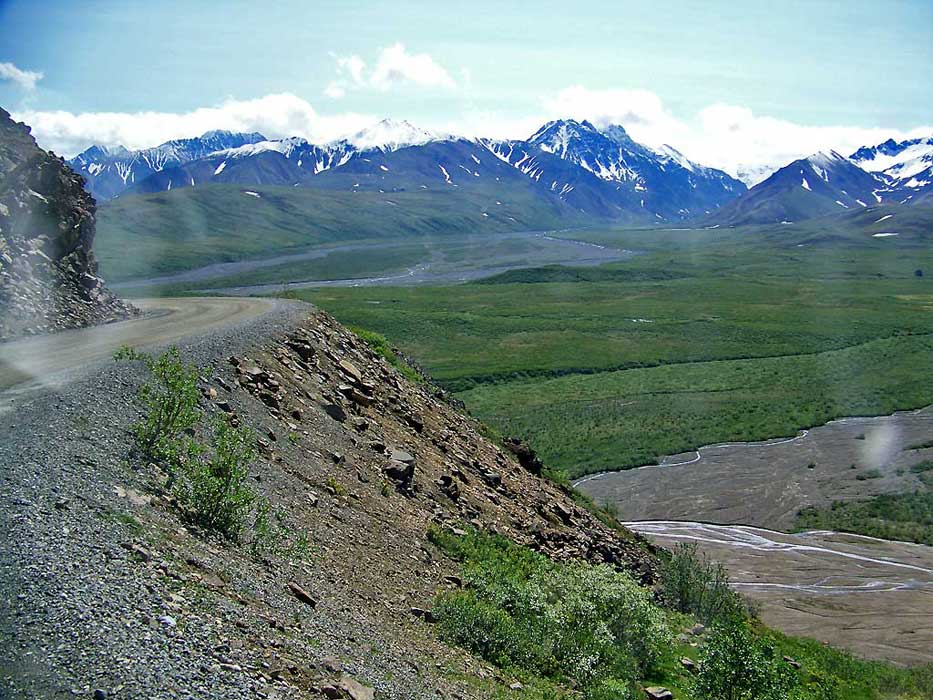