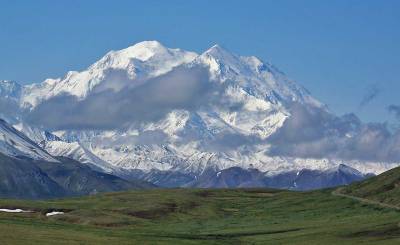 The National Park service operates transit buses and also narrated bus tours for you to visit Denali National Park. Private vehicles can only drive the first 15 miles into the park. Three standard narrated tours are offered: 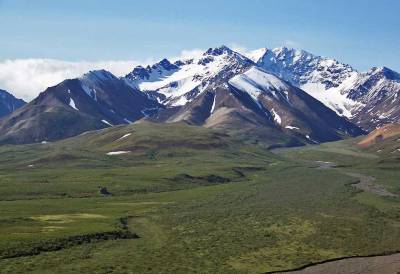 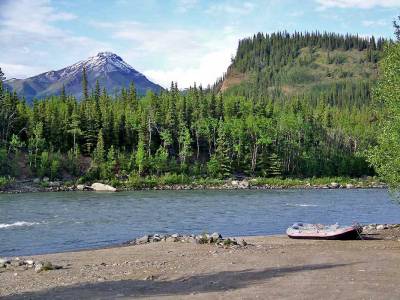 The Denali Princess Wilderness Lodge is in the village at the park entrance and is operated by Princess Cruises. Similar to the McKinley Chalet, the Denali Princess Wilderness Lodge is wood construction with a gas fireplace. The rooms are in several separate 2 story wood buildings. Their restaurant, tucked against the Nenana River, receives high praise for the great food. Booking can be a problem as Princess (owned by Carnival) will assign space to their land tours first.

Denali Grizzly Bear Resort is 6 miles south of the Denali park entrance on the Nenana River. 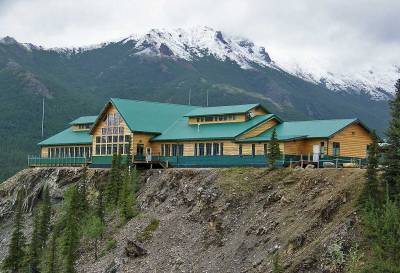 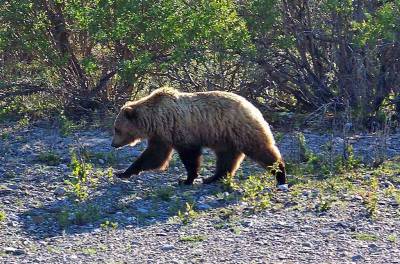 Denali Peak Flight – fly over Denali from 8 miles south of the park entrance.

Grand Denali Flightseeing – fly over Denali from the village of Talkeetna 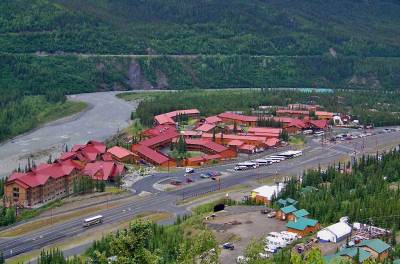 July is the height of summer Denali National Park weather. Expect average highs at the valley floor in that month to be 68 F (20 C) and lows to be under 50 F (9 C). July and August are the rainiest months, with an average monthly precipitation of about 3 inches (75 mm). The summer sun stays up until about 11 pm and it never gets very dark at night. By August temperatures are already noticeably cooler. 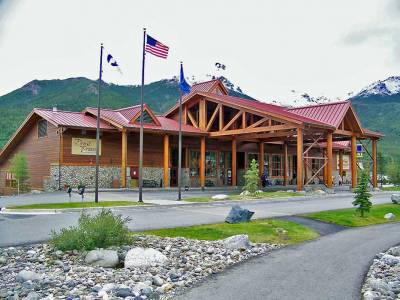 Average highs drop below zero in January, while average lows are below freezing from late September until late April. The tourist season extends from May to September but June – August marks its height. July is the best month for comfortable Denali National Park weather, but the chances of seeing Denali (Mt McKinley) might be better in May or September. 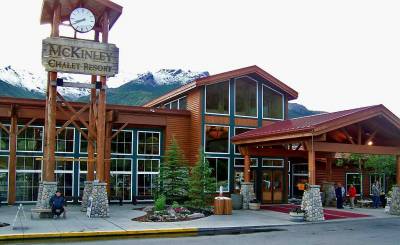 Get to Denali National Park 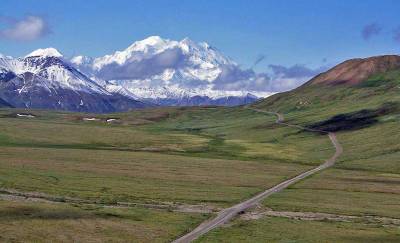 The Alaska Railroad is another way to get to Denali National Park. The railroad runs between Anchorage and Fairbanks with stops at Talkeetna and Denali. Princess Cruises and Holland America Lines are heavily invested in Denali. Not only do they have their own lodges, they also have their own passenger cars on the Alaska Railroad. Cruise lines offer rail transportation from Anchorage or Fairbanks in their cruise packages.

Mount McKinley in the Alaska Range is known in the native Athabascan language as Denali and the name is catching on. Lend support and respect to First Nations by using the name Denali. Denali peak is over 20,000 feet high (6,000 m) and is a favorite climbing destination with multiple options for the ascent. The mountain forms the center piece of Denali National Park and Preserve. The park is gigantic, covering over 6 million acres (24,000 sq km). Its valleys are inhabited by grizzlies, moose, caribou, sheep and foxes.