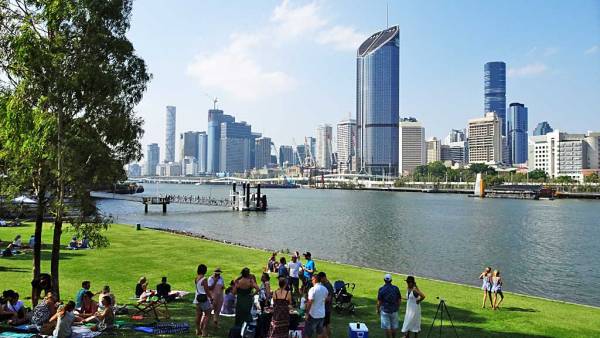 For our Brisbane Shore Excursion, the Oceania Regatta arranged a local free shuttle from Portside dock to the center of downtown. The shuttle saved us a cab fare of about $70 Australian. From there we walked past Albert St Uniting Church, St George’s Square and City Hall to reach Queen St, which is pedestrian only. Queen St is also known as the Queens Street Mall, even though most of it is open to the elements. At the Treasury Casino, we walked across the Victoria Bridge to the Mirimar Cruises pier. Mirimar Cruises then took us to Lone Pine Koala Sanctuary.

Brisbane wasn’t quite the place I expected it to be. The town is quite sprawling. The most popular area is the riverfront downtown at South Bank, but I was surprised to realize that one complete side of the riverfront was a highway. 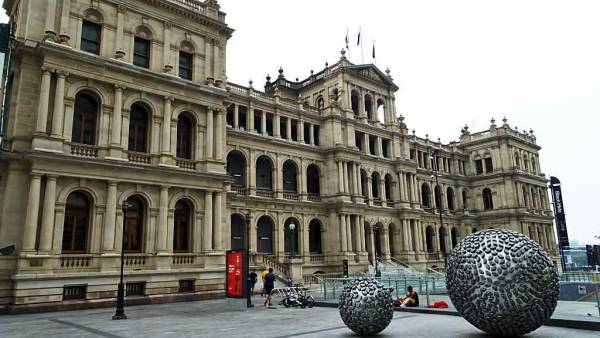 Our daughter recommended the Brisbane River Cruise, because she fondly remembered the bats in the trees and feeding the large fish along the way. Times were different 20 years later – no bat & no fish. The 1.25 hour cruise was mainly a narration of old and new buildings along the entire route. Three major floods have removed all the beaches along the river, with the latest flood happening in 2011. Not the favorite part of our Brisbane Shore Excursion. 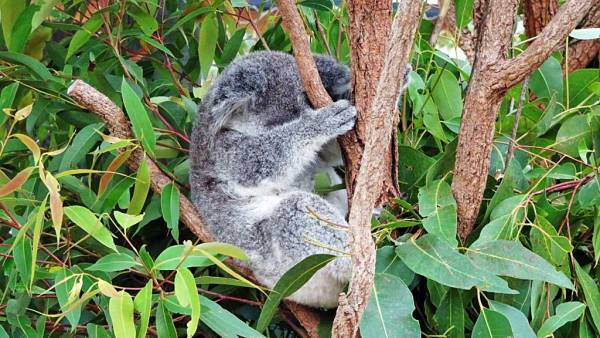 Lone Pine Koala Sanctuary has provided a safe habitat for lots of koalas, which is a very good thing. You can touch a koala free and take your own pics at two assigned times each day. For $25 AUD you can hold a koala. Koalas sleep about 20 hours every day. The koalas that interact with tourists only do so a half hour each day.

The Lone Pine Koala Sanctuary has all the standard Australian animals the people hope to see on a Brisbane shore excursion. In addition to lots of koalas, the Lone Pine Koala Sanctuary provides homes for dingoes, kangaroos, wallabies, wombats and even a platypus. The cages are small, which is discouraging. So, keep reminding yourself of all the koalas that the sanctuary has saved. The sanctuary includes a very large open area full of various kinds of kangaroos, which you are welcome to pet. The concession sells bags of food so that you can hand feed the kangaroos. 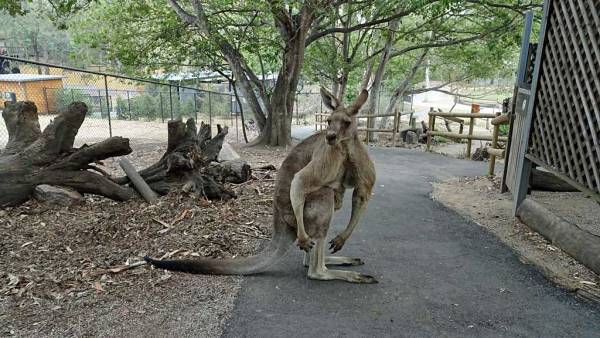 Bus 430 Back to Brisbane

Luckily we hadn’t purchased a return Brisbane river cruise, so we were able to leave early on the local bus. The #430 bus didn’t take credit cards, but $5 AUD got you all the way back downtown in less time than Mirimar Cruises. Back in town, the cloud and smoke cover dissipated in favor of bright hot sunshine. 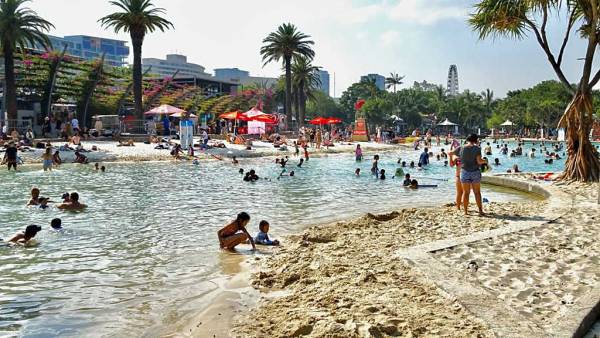 My wife opted for the air conditioned shuttle back to the ship, while I continued the Brisbane Shore Excursion with my own walking tour of Brisbane. I headed down to the Brisbane City Botanic Gardens. Then the pedestrian only Goodwill Bridge allowed me to cross the Brisbane River to Southbank. Next I walked past the people on the riverfront lawns and the throngs of swimmers at the constructed beach of Lagoon South Bank. The rainforest along the riverfront at the Nepalese Peace Pagoda provided relief from the sun. At this point I’d had enough of the heat, so I took a $5 ride across the Brisbane River on the CityCat ferry. Then I caught the free shuttle back to the Oceania Regatta. 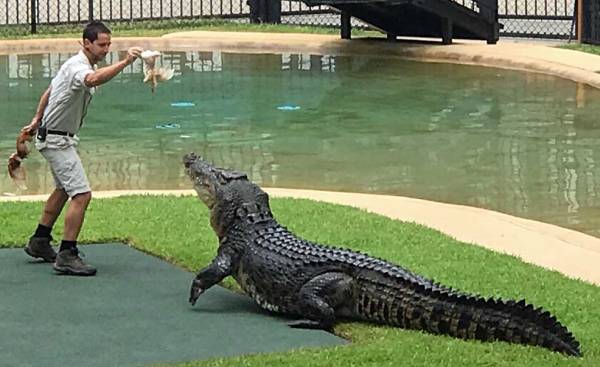 It was nice to see some native Australian animals and visit Southbank, but Brisbane isn’t very high on my list of places to visit. If I did return, I’d definitely do what I should have in the first place and head to the famous Irwin family’s Australia Zoo just north of Brisbane. The pictures of the Australia Zoo that we saw from fellow passengers were impressive.