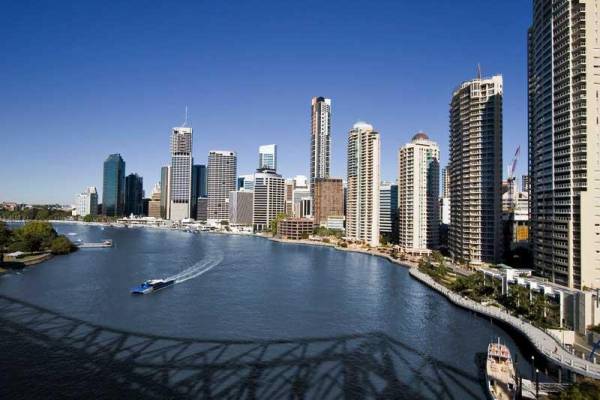 South Bank is the cultural heart of Brisbane. Areas include the South Bank Parklands, the Little Stanley, Grey Street and River Quay. South Bank includes a beach, lagoon, cafes, restaurants, pubs and markets. Enjoy the Clem Jones Promenade and the Bougainvillea Walkway. The Skyneedle was built here during Expo 88. South Bank hosts concerts and the Wheel of Brisbane is in South Bank too. Ferry terminals are located along the river front. The red and white CityHopper ferry is free. 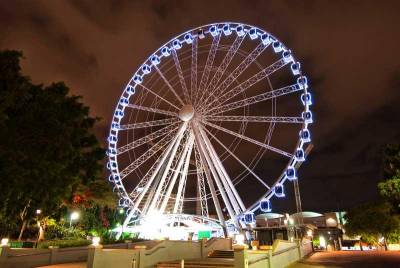 The Cultural Precinct is part of South Bank and includes the Queensland Performing Arts Centre, Queensland Museum, the State Library of Queensland, Queensland Art Gallery and the Gallery of Modern Art, Queensland Conservatorium and Queensland College of Art. 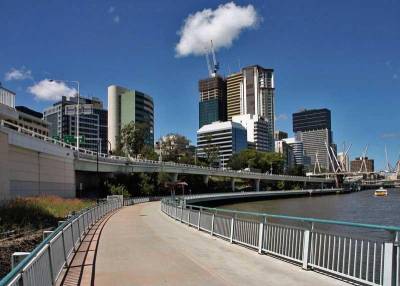 Across the Victoria Bridge from South Bank is the City or Central Business District (CBD). Here you find the Treasury Casino and Hotel and the pedestrian only Queen Street Mall, including the Jan Powers Farmers Markets. Another block further is King George Square where you can take in the views from the Clock Tower. Visit the Museum of Brisbane at Brisbane City Hall and Albert Street Uniting Church, which is surrounded and dwarfed by the city. North of this a few blocks is the Old Windmill in Wickham Park, which transitions into the extensive grounds of Roma Street Parkland. While in this area, take a River Dinner Cruise.

Downstream from City Botanic Gardens will bring you to Kookaburra River Queens for a buffet on a paddle wheeler and Riverside Centre with Jellyfish Restaurant.  Several blocks north from there is St John’s Cathedral. Then see the Story Bridge, which connects Fortitude Valley and Kangaroo Point where there are great city views. Try the Story Bridge Adventure Climb if you are adventurous. Chinatown is located in Fortitude Valley. 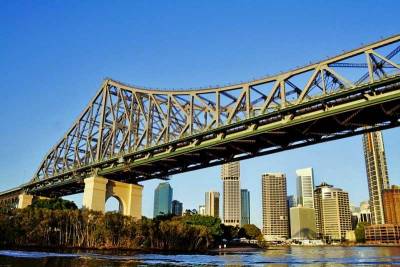 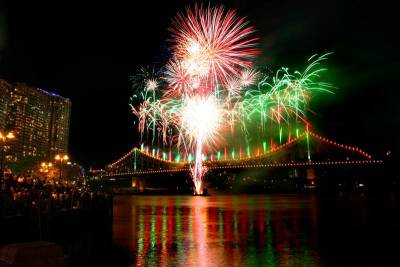 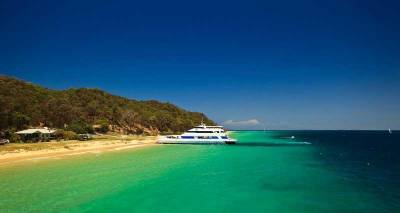 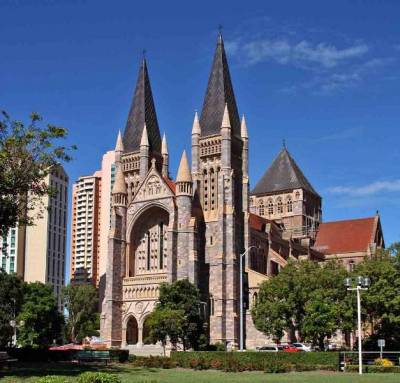 Brisbane is located in the Southern Hemisphere, so its seasons are reversed as compared to Europe or North America. The climate is humid sub-tropical. Temperatures in the winter months, from May to September, have pleasant highs averaging about 22 C (72 F) and lows of 10 C (50 F). 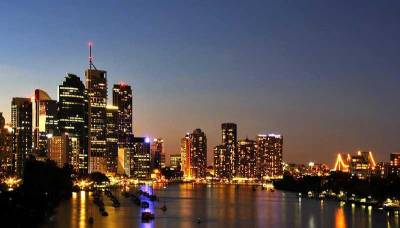 Brisbane has an extensive transportation system of subways, trains and buses. Check out Queensland Rail for routes. Cruise ships dock on the Brisbane River at Portside Wharf. An Airtrain with frequent service joins the airport to the rail system and the Central Business District. The city of Brisbane operates its buses and ferries through TransLink. Visitors can buy an inexpensive Go Explore card, which is good for a full day of unlimited travel on all Brisbane buses and trams. You can get a Go Explore card online and activate it when you arrive in Brisbane.

You can also get around Brisbane on free downtown buses and the red and white CityHopper ferry. The CityHopper offers free rides between 8 wharfs along the Brisbane River in the downtown area. For bus riders, the City Loop and the Spring Hill Loop are both free.

Brisbane is a modern city located on the east coast of Australia about 10 hours north of Sydney by vehicle and 7 hours south of the Great Barrier Reef. The city is built along the Brisbane River near Moreton Bay. More than 3 million people live in Brisbane. The city is named after former governor Sir Thomas Makdougall Brisbane. Brisbane was a major command centre for allies of World War II and General MacArthur was headquartered here.