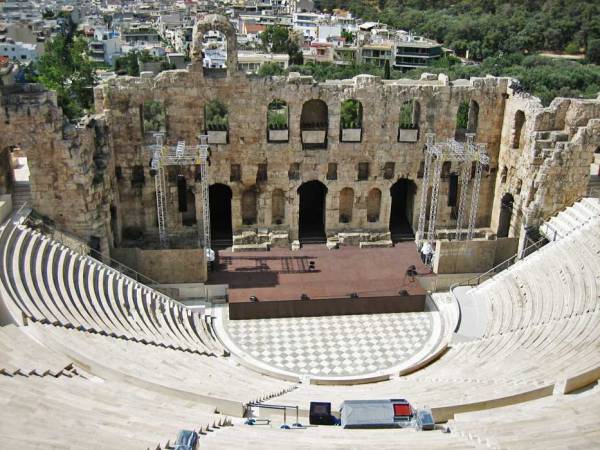 At the end of our Eurail trip, we caught a flight for an Athens visit before our Mediterranean cruise.  Greece is a very different world than Italy.  Athens weather is much drier and the language is very unfamiliar.  At the airport, none of the airport metro info boards made any sense – they were “Greek to me”.  I finally understood what that phrase really means.  We were heading to Monasteraki, which I thought was a major metro intersection on the airport metro, but I couldn’t find it listed anywhere.  We finally found our way to the metro ticket station and after buying our ticket, the attendant had to point out the right direction for the airport metro train.  When we finally reached the metro train, there was a nice map inside with our destination on it.  At Monasteraki, I easily found our B&B.

After checking in to our B&B, the first thing we did was walk down the street to a little gyro restaurant.  We watched them cut meat off a heated rack to build the most delicious gyros ever.  Their gyros were served with sour cream, onions, tomatoes, French fries (yes, fries inside the pita wrap) and lots of meat.  The price seemed so low we felt we weren’t paying our way.  The meal was lots of fun.  That evening we walked around the base of the Parthenon in the pleasant evening air.  We were in love with Greece. 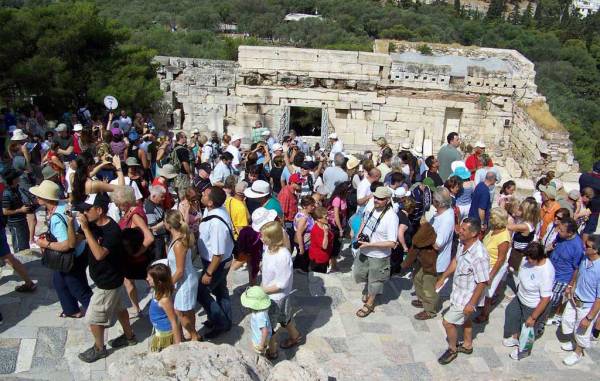 The next morning, we had the pleasure of not being rushed.  We started our day on the Acropolis by approaching the Parthenon through the Agora.  We stopped at Hadrian’s Library, the Roman Agora and the Ancient Agora.  The weather was sunny and pleasant, but it was starting to get hot already.  Next we then climbed up to the Parthenon in the heat of the mid morning sun.  Throngs of tourists had already beat us to the Parthenon.  We joined the mass pilgrimage to the Parthenon and the Erechtheion.  Not on my list of fun things to do.  I was so glad we had the pleasant experience at the base of the Parthenon the evening before.  Similar to Rome, these sites are best visited early in the morning when the temperature are better and the crowds of tour buses haven’t arrived yet. 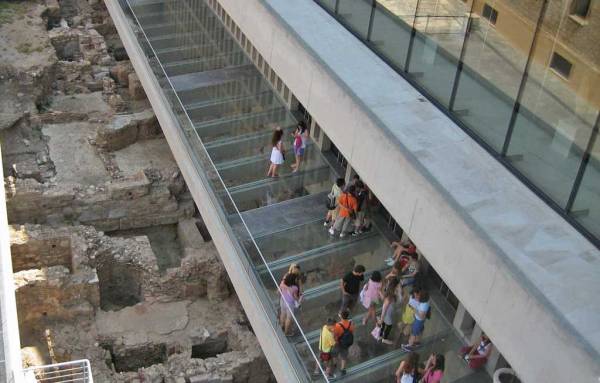 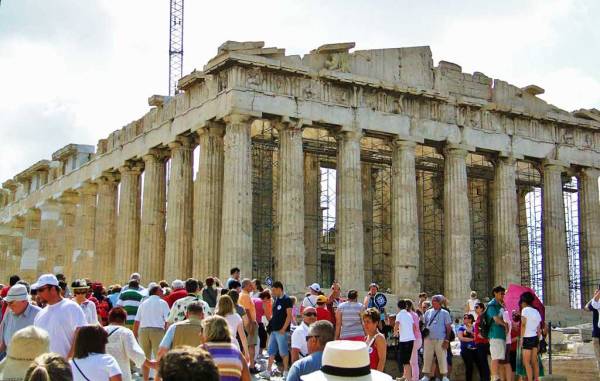 Pantheon Tourists on the Acropolis

The next day, we took the metro to Piraeus.  Then we had an unexpected adventures as cab after cab turned us down for the trip to the ship.  Most said “no English” and one indicated we were on the wrong side of the street.  Eventually we found an expensive and short cab ride to our ship.  What a relief!  Our Athens Visit was a success. 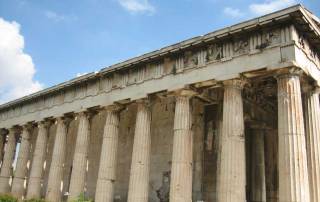 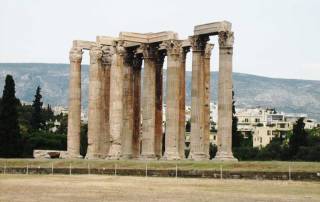 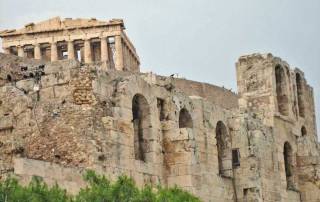 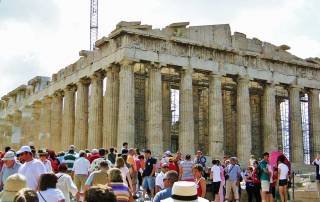 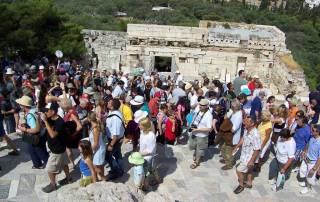 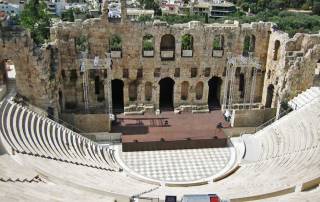 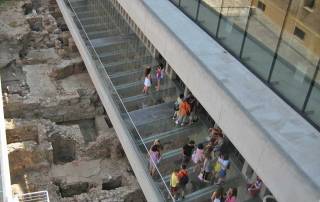 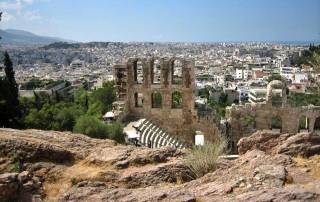