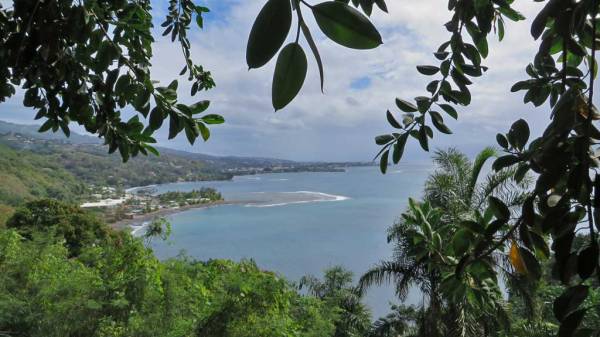 We took the Tahiti Circle Island Tour in September of 2015.  It wasn’t an experience we’d recommend.  The tour takes 4 hours to complete.

Much of the first half of the tour is cluttered with traffic, small businesses, low end accommodation and poverty.  It made us realize we were staying in a sheltered paradise at the InterContinental Tahiti that wasn’t representative of the island.  The tour stops at the Tahara’a Viewpoint and then spends some time at Venus Point.  Venus Point is interesting, because of its statues and monuments.  There is a monument to the observation that Captain Cook did of the transit of Venus in 1769.  A monument to the 1788 visit of the HMS Bounty pays tribute by naming all the sailors, including Captain Bligh and Christian Fletcher.  There is also a monument to the London Missionary Society and their extensive work bringing Christianity to Polynesian.  The most interesting part of the stop was watching the locals play Pétanque, a French word for lawn bowling. 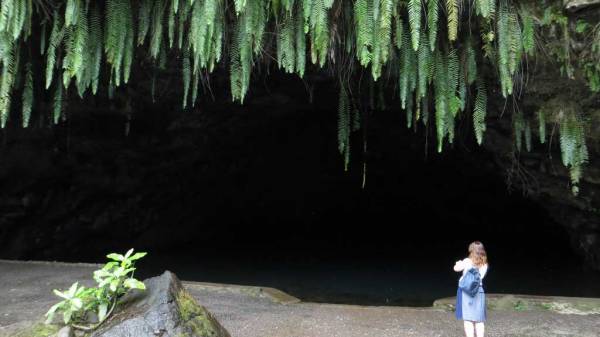 On the less populated side of the island, the tour passes the famous surfing beach of Teahupo’o.   The Arahoho Blow Hole and Fa’aurumai Valley Waterfalls were inaccessible due to construction.  Our guide indicated there had been landslides in the valley leading up to the falls.   Near the end of the tour, we visited the Maraa Fern Grotto, which was a mildly impressive large cave opening with a pool at its base.  It was only a two minute walk from the highway parking spot to the cave.  The last stop was the Gauguin Museum, which our guide indicated had been closed for several years and didn’t have a reopening date.  He said all the Gauguin paintings owned by the museum were copies.

Take the Circle Island Tour on a rainy day when you can’t figure out anything better to do.