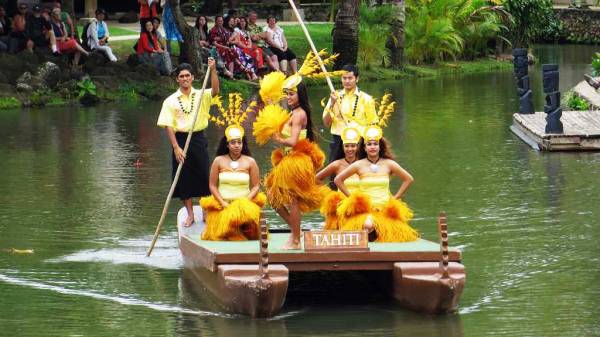 Get to the Polynesian Cultural Center

You can get to the Polynesian Cultural Center by car or with an organized tour from Waikiki.  Tours with transportation can be arranged at many hotels in Waikiki.  The center is on the east coast of Oahu about an hour from Waikiki near the beginning of the North Shore. 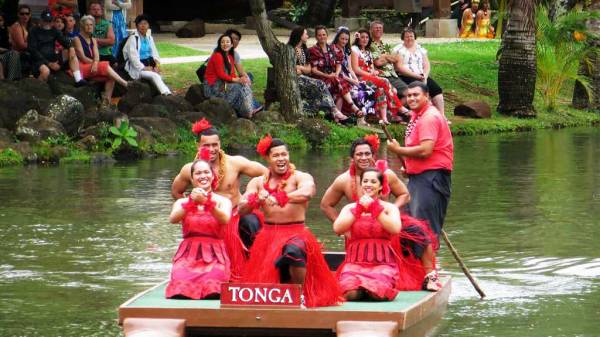 The Mormon Church (Church of Jesus Christ of the Latter Day Saints) owns the Polynesian Cultural Center and does a great job organizing it.  The center covers an extensive 42 acre area of gardens, fountains, lagoon river, cultural buildings and a waterfall.  The cultures of Hawaii, Tonga, Samoa, Aotearoa (New Zealand), Fiji and Tahiti are all represented.  Each of them has an assigned area in the park where they do dances, drumming and demonstrations.  Presentations by cultural groups happen at specific posted times.  Sometimes these overlap, so you have to plan which one you want to see next.  Most of the performers were from Brigham Young University of Hawaii, which is also in the small village where the Polynesian Cultural Center is located. 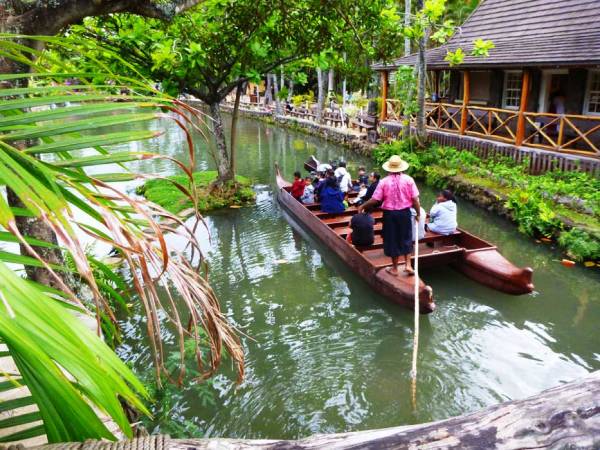 Next everyone’s attention focused on the pageant along the river shaped lagoon.  Each Polynesian culture performed on a canoe raft as they paddled along past the spectators.  Plenty of space on the banks, plus a bridge viewpoint, made it easy to get up close and personal.  After the pageant, you could also participate in a luau  & dinner for an additional fee.   At dinner time, we also took a free shuttle to visit the Laie Hawaii Mormon temple on the grounds.  The Mormon Temple was interesting.  We were greeted and hosted by young Mormons on their mission from other nations around the world.  I chatted with a young girl from Germany about the different ways to pronounce the name of the town “Partenkirchen”.   I learned that some of the proceeds from the Polynesian Cultural Center fund student education at the university. 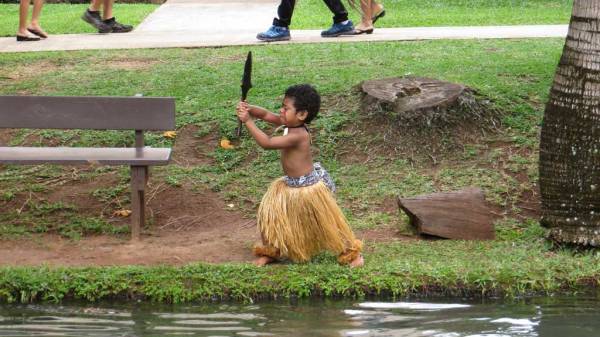 Our Polynesian Cultural Center visit continued with their evening show.  A covered amphitheater easily provided seating for every visitor.  The evening show was impressive, mixing song, dance and legend.  The performers were the same Brigham Young University students we’d come to recognize from the earlier demonstrations and presentations.  The evening show was professional entertainment.  The Polynesian Culture Center has earned its reputation as one of the most popular tourist attractions on the Island of Oahu. 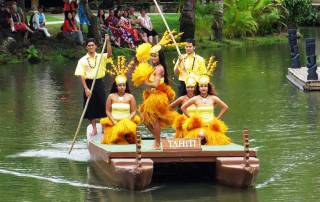 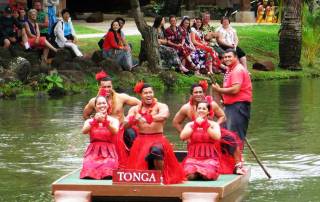 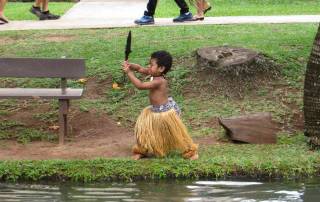 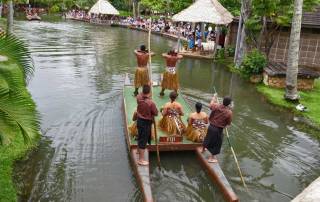 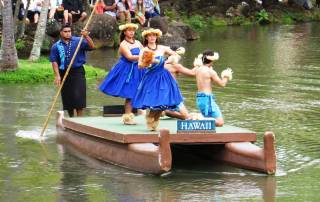 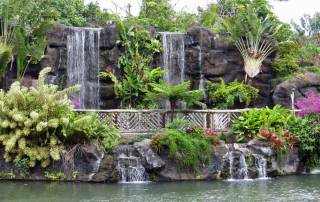 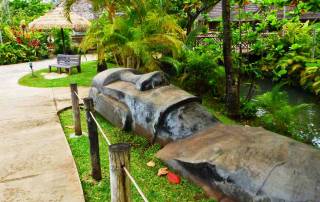 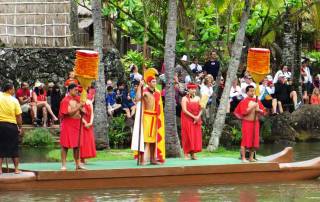 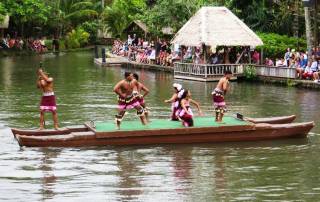 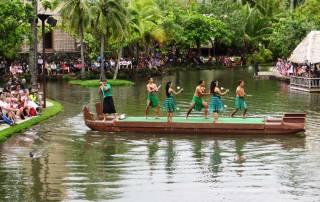 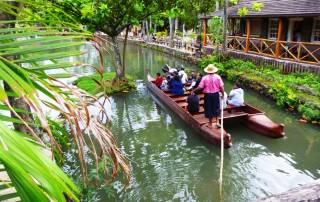 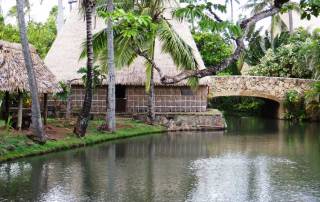