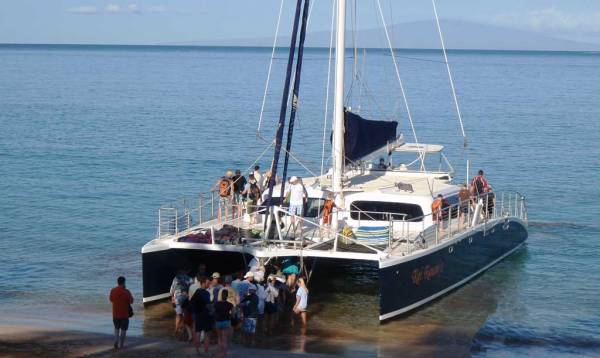 We took the Kai Kanani catamaran for our Molokini Crater Snorkel.  The trip runs from the Makena Beach and Golf Resort at Wailea Beach.  You will need a vehicle to get to Wailea, which is a few miles south of Kihei.  Kai Kanani is the first Molokini Crater Snorkel tour to reach Molokini Crater each day.  The excursion on the catamaran was an excellent tour.  Their catamaran ran up on to the beach and two gangways dropped down for loading.  You wade out knee deep and then walk up the steps.  The catamaran can hold 80 so the 12 of us that morning had lots of room.  We were provided with muffins, pineapple, coffee, tea, hot chocolate and soft drinks. 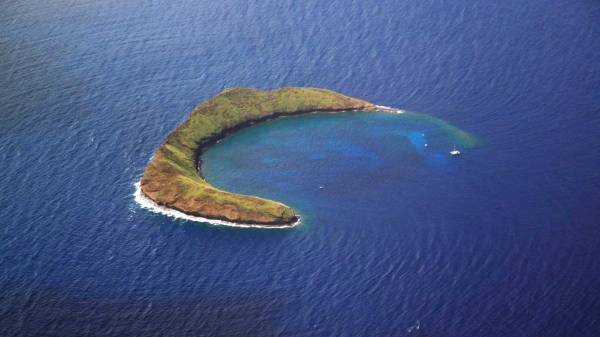 We started our short cruise to our Molokini crater snorkel as dawn approached.  On the way, we came across a female humpback and her small baby resting less than 50 yards from our catamaran.  When the mother humpback finally decided to pack up and go, a male escort rose to the surface.  The male gave us a tail flip as an indication that they’d had enough of us and were diving.  Haleakala volcano was outlined in the dawn and the sun came up while we were in the water at Molokini. 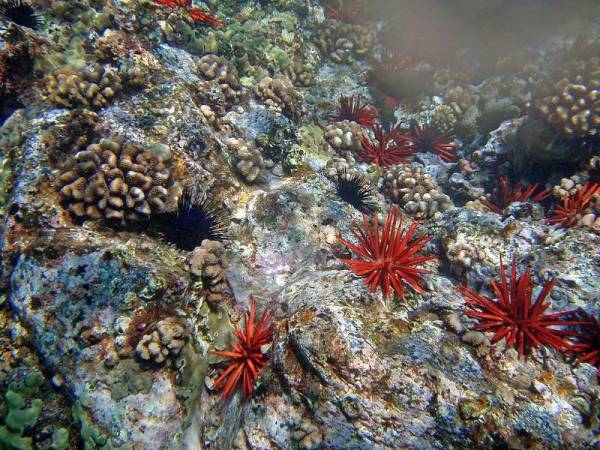 The catamaran tied up by having a crew member dive in 20 feet of water to attach a mooring line.  The catamaran sat in about 40 feet of water.  The water was extremely clear.  The coral was packed tightly against the edge of the crater.  There weren’t as many tropical fish as at Kahalu’u on the Big Island and it was hard to get close to them.  I saw a very large moray eel and it made me a little nervous as it decided to side-wind across the reef 25 feet below me.  I also saw a gigantic trumpet fish.  The clarity would make this an excellent spot for scuba, but for me, I was just as happy with the tropical fish snorkel off the beach in Kihei. 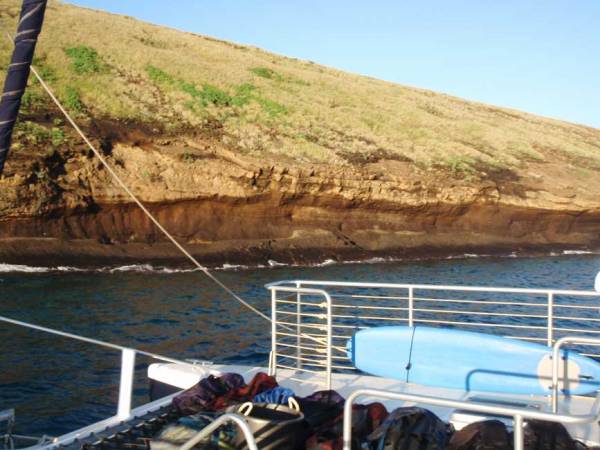 After the Molokini Crater Snorkel, the catamaran headed back near the hotel and tied up in 40 feet of water so we could look for turtles.  The ocean was perfectly calm and clear, so this stop was very enjoyable.  We only saw one turtle, though.  I followed it for quite a while, but he was 30 feet below me and heading wherever I wasn’t.  Eventually I gave up the chase.  Apparently the turtle could have stayed down a couple hours.

I thought the Kai Kanani Charter was great.  The 3 crew members were friendly and knowledgeable.  The craft was top notch and the experience was safe and enjoyable.  Go early in the day like this Molokini Crater Snorkel tour does, as it can get very windy in the afternoon in Maui.  Plus you avoid all the afternoon party boats that frequent Molokini Crater every day.  The party boats do lots of drinking as guests dive and slide off their boats without any interest in snorkeling.