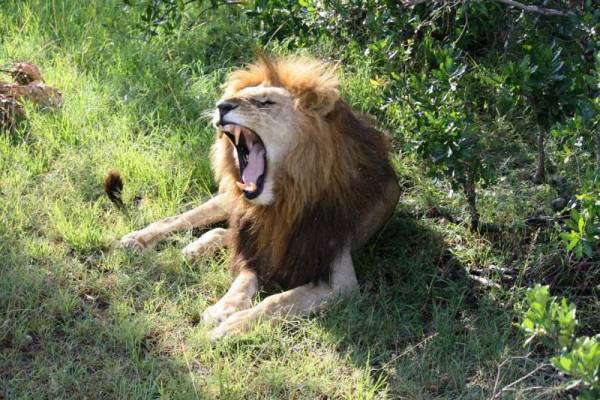 G Adventures supplied everything I needed for my Maasai Mara Safari. They supplied vehicles, English speaking driver & guide, permits, water and sleeping arrangements. I took my own malaria medication, but many people don’t use it in the Maasai Mara.

The Maasai Mara National Reserve is located in the Rift Valley in southwest Kenya, along the border with Tanzania. The reserve adjoins the Serengeti. It is a 6 hour drive from Nairobi or for wealthy visitors, you can take a 45 minute flight. The Maasai Mara can also be accessed from the Serengeti through Tanzania. The Mara Triangle forms the western third of the reserve.  The Triangle has only one safari lodge. There are 5 gates into the Maasai Mara reserve, but Sekenani Gate is the main access. 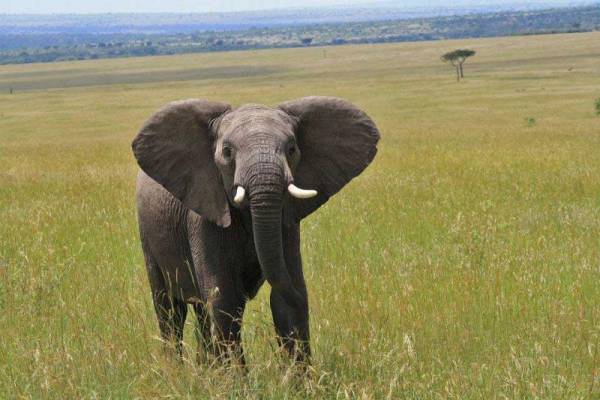 The Maasai Mara is the number one tourist destination in Kenya. It is famous for the Great Migration of wildebeest and zebra that cross the Mara River. The best time to view the Great Migration is from July to August, since more than two million wildebeest, zebra and gazelles pass through the reserve. The Maasai Mara also has one of the highest densities of lions in the world. Lions are permanent residents and do not follow the migration. At the Mara River crossing, crocodiles wait patiently for their annual feast. Lions often lay in wait at the opposite bank to ambush weary prey.

The Maasai live in Maasai bomas (villages) within the reserve boundaries, which is typical of many parks in Kenya and Tanzania. They survive by herding cattle. They do not hunt wildlife in the reserve. Their tradition is to live off milk and blood letting from their cattle. In more recent times, they supplement their income by hosting tourist visits and selling souvenirs. 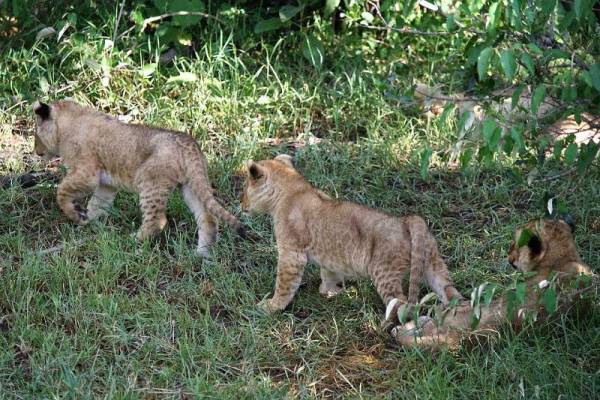 Weather for my Maasai Mara Safari

The weather is never too hot in the Maasai Mara, because the elevation ranges from 5,000 ft to 7,000 ft.  venings were comfortable and the days were warm. I was there in September, so there was no rainfall and no problems with muddy roads. The dry season from July to October is also when the migration occurs, but I arrived at the tail end of it. There were lots of animals, but wildebeest, zebra and gazelles weren’t as numerous as during the height of the migration. 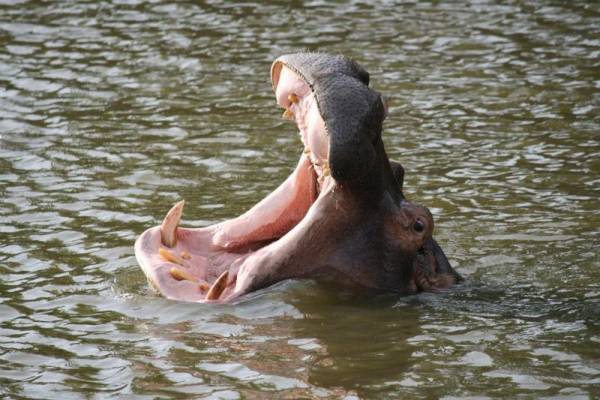 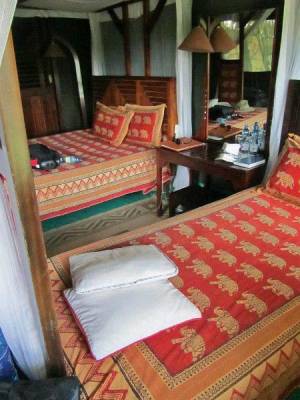 Accommodation for my Maasai Mara Safari

With hundreds of camps and safari operators in the Maasai Mara, choosing one can be difficult. Luckily, G Adventures decided for me, which led to the perfect choice.  I stayed at the Fig Tree Camp. This tented camp was incredible. It has a rustic feel, but with all the modern conveniences. All the patios look out onto the river bank, where you can see crocodiles, baboons, hippos and weavers. Local tribesmen patrol to ensure animals don’t breach the boundaries of the grounds. They are armed with spears and bow & arrows.

My trip to the Maasai Mara was all that I’d hoped it would be. Amazing!