Get Travel Tips about what to bring with you to your next destination.  We have travel tips on travel visas, insurance, medical advice, flight planning and more:

Cruise companies make travel visa arrangements on behalf of their passengers to enter countries where cruise ship excursions are running.  If you are traveling on your own, visas are your own personal responsibility.  You can frequently pay for visas at the airport as you enter a country.  US cash for Visas at the airport seems to resolve issues reasonably quickly, but this never works in countries such as Brazil and Russia.  A visa for Brazil and for Russia is absolutely required in advance.  Visiting the Argentinian side of Iguazu Falls and hoping to arrange a visa to the Brazilian side at the border crossing?  It’s not going to happen!  In order to guarantee your ability to enter a country, purchasing a visa in advance can reduce stress and simplify your travel.

Here are some sources for travel tips on visa requirements and processing:

Visitors to Europe should be aware of the requirement for a visa for stays longer than 3 months in a six month period. This applies to countries which are members of the Schengen Zone. An excellent source of information on Schengen Zone visas is the web site of Schengen Visa Info.

Our travel tips – get travel insurance for several reasons:

Cruise Lines and online travel companies provide their own insurance, but their insurance is restricted to trip cancellation and interruption.  Some cruise lines are also beginning to offer Cancel For Any Reason (CFAR) insurance which is more flexible than commercial policies.  Under CFAR you could cancel simply because you don’t feel like going any more.

Many employers have insurance plans where employees can purchase travel insurance.  The American Automobile Association is a reputable source for those who don’t have easy access through an existing plan.

The following travel tips medical advice is presented as an overview and not as an official guide.  Make sure you consult a physician or specialist for requirements.  Carry your medicines with you on the plane, so that lost luggage won’t separate you from your prescriptions.

Inoculations aren’t required for travel in many locations, such as Europe or North America.  However, it’s good medical travel advice for everyone to inoculate against:

Your doctor might prescribe cipro (ciprofloaxacin) as a medication to bring along as a travel tip.  Cipro is good for quickly combatting diarrhea.  Consider taking Dukoral by Sanofi Pasteur before your trip, if you are heading to an area where local foods typically cause traveler’s diarrhea.  Doctors frequently recommend it and use it themselves when traveling.  It’s a raspberry flavored vaccine that you drink before your trip.  Dukoral provides protection from E coli for 3 months and from cholera for 2 years.  It does not prevent all types of traveler’s diarrhea, so it’s important to take steps to avoid contaminated food and drink.

If you still get sick, fluid intake and Imodium for those over 12 is recommended.  If you are still having trouble, a good multi-spectrum drug such as a cipro prescription can provide rapid relief.

Your doctor might prescribe amoxicillin as a medication to bring along for use in combatting bacterial infections.

General Advice on Protection from Mosquitoes

The best site for medical travel advice is the Centers for Disease Control and Prevention.

Want to go over your vaccination needs with a professional and obtain an International Vaccination Certificate?  We recommend looking locally for a travel medicine and vaccination center in your area.  The most common example of an inoculation requiring an International Certificate is yellow fever.  These professional centers will provide a proper document, signed by the administrator of the vaccine and stamped with an internationally approved seal.  The certificate can then be carried with your passport.  Many other vaccinations such as Hep A, Hep B and tetanus can also be arranged through a medical travel center, through your family doctor or by a walk in clinic.

Here are some sites that I really like for air travel planning:

The integration of the European Economic Union has made travel in Europe much easier, but it’s actually the Schengen Agreement that is directly responsible.  A total of 26 countries have joined the Schengen Area, but not all of them are members of the European Economic Union and not all of them have accepted the Euro as their currency.  Border controls between member countries have been removed, however, hotels must register all foreign visitors and airlines with internal flights between these countries may continue to require passports for their own security requirements.

Schengen Restrictions on Length of Visit

Visitors can only travel in the Schengen Zone for up to 3 months in any 6 month period, which sometimes surprises North Americans.  Those who stay longer need a visa.  Ignoring these rules can result in fines and deportation.  Typical authorities discover the need for a visa when they review passports on exiting the Schengen Zone.

Members of the Schegen Zone and Schengen Visa are:

Countries using the Euro as their currency:

Countries that are members of the European Union:

What to Bring – Chargers and Electrical Adapters 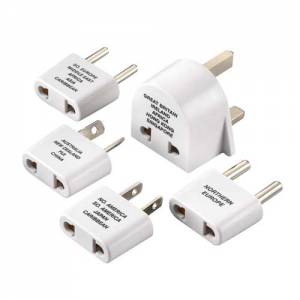 There are inexpensive adapters available for countries around the globe, so it’s easy to use your portable devices wherever you go.  You can also purchase inexpensive, yet reliable camera batteries and battery chargers from places such as eBay and Amazon.  Try to ensure you’ve got backup power with the least amount of wiring to transport.  Want to know which electrical adapter to bring with you?  Check out our WorldStandards database.

US Cash is often a good idea to bring.  It’s a popular currency that is widely accepted throughout the service industry of the travel world.  It’s great for cabs, for tipping and even for some restaurant bills.  You can also convert US$ to local currencies at airports and exchanges during your trip, but we recommend keeping US$ for direct use.

Bring a charge card or bank card and draw funds in local currency when you arrive or replenish funds along the way. Set up notifications of international transactions with your charge card company.  Bring a spare charge card for emergencies.

Check whether your banks wants to know where you will be traveling.  Some banks block international transactions unless they know you are abroad.
Change the PIN on your bank card to 4 digits for travel in Europe, as many banking systems throughout the world do not accept more than 4 digits.

Ensure the account you will withdraw from is under “Checking”, as many machines don’t recognize “Savings”.

What to Bring – Smartphones

For international travel, smartphones can be problematic.  You must obtain an expensive plan from your provider or buy a new SIM card for the country you are in, which may be difficult.  Also, not all SIM cards work in all cell phones.  However, a cell phone is still a great way to keep in touch over free Wifi.  If you have a phone that isn’t locked, services like KnowRoaming are a great option.

What to Bring – Tablets

iPads and Tablets – Free wireless is becoming more and more common at coffee shops, B&Bs and even major hotels.  In addition to its email and internet access, you can install internet calling applications and buy minutes to your home country.  Even without the internet, you can still have access to books, music, games, contacts and a calendar.  A Camera Adapter allows you to back up your photos from an SD card onto the tablet.   Leave the bulky laptop at home.

What to Bring – Clothing

The secret to easy travel is packing lightly.  You will be amazed at how many weeks you can travel with nothing more than a 20 inch suit case and a small back pack.  Make sure the suit case has rollers. Put your liquids and small metallic souvenirs in a clear plastic bag and stow this in the back pack, so you have easy access at airport security.  Carry your luggage with you on and off airplanes, trains, hotels and cruise ships.  You’ll wonder why you ever used to check your bags.

Don’t lock bags at the airport check in.  Security staff do random inspections of bags after check in and will open locks with lock cutters or tear into the bag if necessary to gain entry.  If its too valuable to lose, carry it on the plane.  Visit the Transportation Security Administration for packing tips and suggestions on how to secure your baggage during your next trip.

Ever end up calling home from another country only to hear a message saying your call can’t be completed?  Often it’s because you don’t have the right setup in your phone contacts.  If you don’t have the “+” sign in front on the “1” when calling North America, your call might fail.  Here’s a web site to use to get International Dialing Codes correct.

Technology has changed photograph quality for travelers forever at a remarkable pace, but the changes aren’t over yet.  Pixel size, image stabilization and memory card size used to all be important, however these aren’t even topics to consider any more.  Smartphones now take excellent quality photos and they keep getting even better.  Smart phones also offer the convenience of editing pics on the phone and sharing them easily.  There are 3 types of camera that still offer some advantages over a smart phone: underwater cameras,  digital pocket zooms and an SLR. 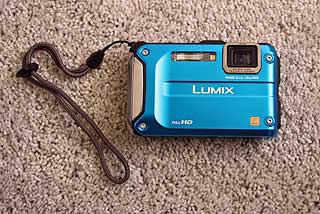 My Lumix DMC-TS3 is one of my favorite travel cameras.  The 12 mega pixel camera is compact, has excellent quality HD video and a 4.6x optical zoom.  It’s shock proof and water proof 40 feet.  It’s not the stats that are impressive.  It gets excellent color in the day, stable pictures in low light means it has quality image stabilization, plus it has smooth video.  The adjustable wrist strap keeps it safely with you while you swim.  I got great pics of reef sharks when I snorkeled in Moorea. 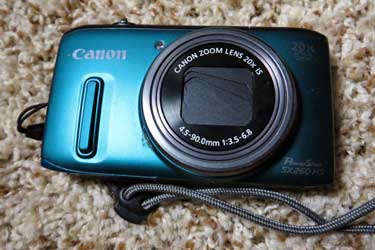 I love these new cameras.  For my trip to Argentina, Chile and Brazil, I took two of these and recharged the batteries daily.  They are 20x zoom, high pixels and take good movies too. What we like best is the way they slip so easily into a pocket when not in use.  You instantly become a less attractive option to those targeting tourists. The colored ones also make it easier to find the camera itself, especially when its buried in a back pack.

Digital SLR cameras are a little bulky and it’s inconvenient to switch lenses, but they do have features that exceed those of the Extended Zoom.  The features I like best about them are the ease with which you can quickly zoom/ frame a shot and the rapid fire pictures it can take.  For my trip to the Serengeti, I used a Canon Rebel with a 250mm zoom lens.  This was an excellent camera.  I can’t say the quality of the pics exceed a pocket zoom, but I got excellent photos of birds in flight that you simply can’t get with other types of camera.  With the digital SLR, you will have many more pictures to choose from and will end up with better wildlife pics.

When you are traveling, ensure that you always spare camera batteries.  In countries like Tanzania, they often turn off electricity during the night, so you might need to leave one battery charging in the hotel while you are out on safari.  You can buy spare batteries and chargers inexpensively at Amazon.  Make sure you also have adapters for all the countries that you will visit.  Europe uses a two pin adapter while Britain and its colonies use a three prong.  Having both available is important.  If you layover in the Netherlands before your African safari, you don’t want to end up with dead batteries on the first day of your safari.