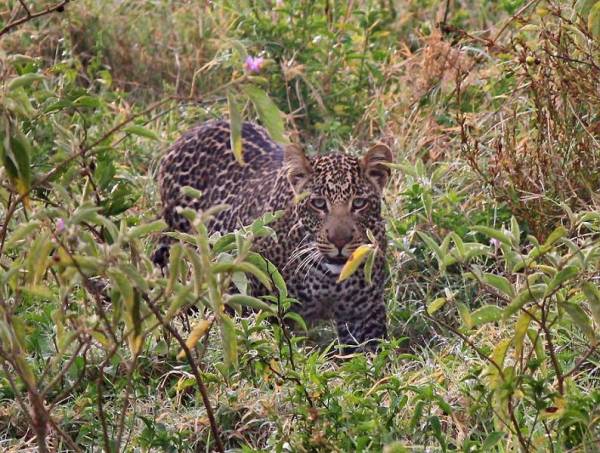 Getting to a Lake Nakuru Safari

Lake Nakuru is located in the Rift Valley about 2 hours northwest of Nairobi by vehicle.  The roads to the lake are good on good roads.  I used G Adventures for my Lake Nakuru Safari.  G Adventures supplied vehicles, an English speaking guide, a driver, permits, park entry fees, water and sleeping arrangements.  Some safari companies offer day trips from Nairobi to Lake Nakuru.  There is also an airstrip at the park. 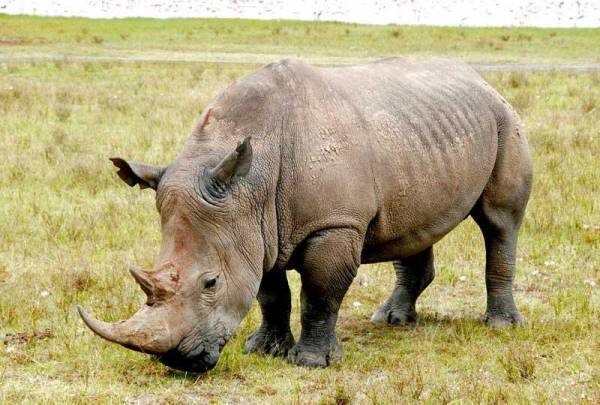 Lake Nakuru National Park is a UNESCO World Heritage Site.  The town of Lake Nakuru borders the northern edge of the lake.  Woods and grassland surround the lake.  The name nakuru means “dusty place” in the Maasai language.  The park was established in 1968 to protect the lesser flamingos, but it has become extremely popular due to the successful introduction of white and black rhino.  The park is fenced for protection of the animals, so its mammals cannot migrate.  Therefore, the wildlife is more concentrated than in other areas of Kenya.  The lake surface makes up 1/3 of the park.  Blue-green algae give the lake its distinct coloring and entices flamingos to the lake.  At some times, the shore areas support thousands or even millions of pink flamingos.

Weather for my Lake Nakuru Safari

Lake Nakuru has an elevation of nearly 6,000 feet, which makes day time temperatures quite pleasant throughout the year.  During the rainy season in March & April and the winter months of July and August, nights can be quite cold.  My safari visited in September, so rainfall wasn’t a complication. 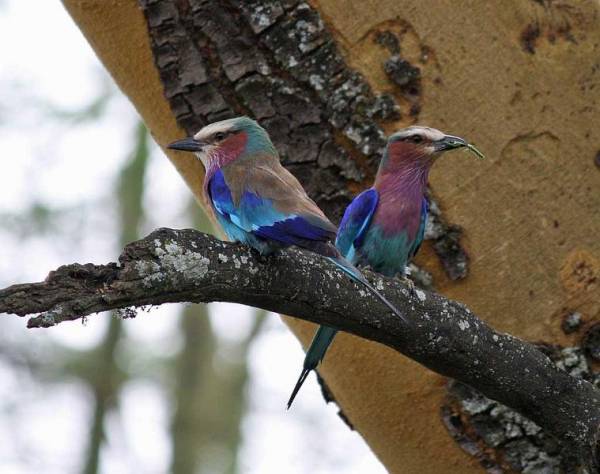 Lake Nakuru National Park has become famous for its white rhino and black rhino.  The name white rhino doesn’t refer to their color, but is a mispronunciation of “wide” rhino.  This refers to the wider mouth of a “white” rhino.  We saw lots of wildlife, including cape buffalo, lions, hippos, flamingos, Rothschild giraffes, zebras, baboons, jackals, hyrax, impala, Grant’s gazelle, reedbuck, dik-dik, waterbuck, eland, warthog, vervet monkeys, Colobus monkeys and storks.  My best photo happened when a leopard came out of the brush and posed for a shot.  There are three good view-points in the park: Lion hill, Baboon Cliff and Out of Africa.  Baboon Cliff provides the best location to get an overview of the flamingos. Makalia Waterfall was a pleasant surprise, since I didn’t expect to see something like it at Lake Nakuru.  Watch out for baboons in the tree tops, because they enjoy peeing on vehicles.

G Adventures made the arrangements for our stay at the Lake Nakuru Lodge.  The lodge is located in the southeastern section of the Park, near Nderit Gate.  This was a nice location with baboons on the grounds and views over the park.  However, there was very little time to enjoy the facilities, since we maximized our safari time instead.