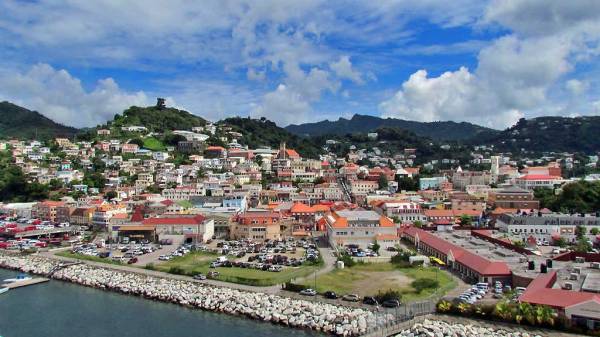 Grenada Island Tour – On Our Own

We opted to create our own Grenada Island Tour instead of taking an organized shore excursion from our cruise ship.  In the cruise terminal, they were promoting tours for $20 each with 6 in an air conditioned van.  We were ushered to an outside attendant and then to a driver.  Our tour ended up with 8 people in an unconditioned van and an itinerary that didn’t quite match what was originally promised.  We had a great time anyway.  I was surprised how hilly Grenada is and how narrow the roads are.  It was exciting to say the least, as we drove and even parked on cliff edges. 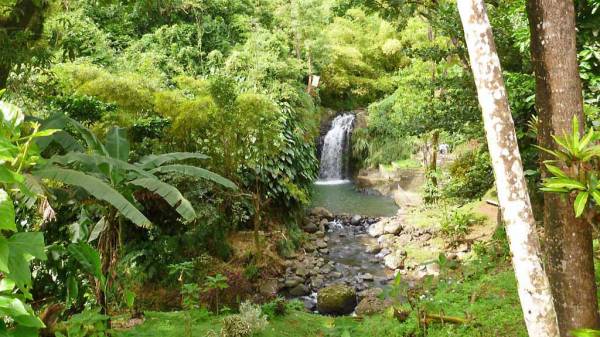 Our first stop was a small spice shop where they gave us a quick demonstration of various spices on the island.  From there we headed up to Annandale Falls.  I took a picture of two women with fruits and spices on their heads for $2.  We watched cliff jumpers who risked their lives for tips by jumping into the shallow pool at the base of the falls.   Next the van climbed even further, to the 2,000 foot level in the Grand Etang National Park.  We stopped at the small crater lake, which cost an additional $2 to view.  It was a tiny, unimpressive lake in a crater.  The lake is the water supply for the island 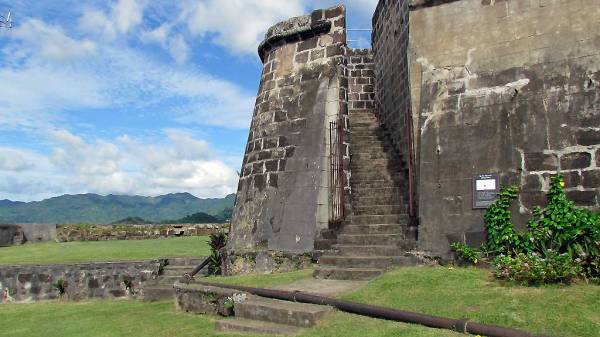 From there our van descended back down to sea level at St Georg’es again.  We drove up Richmond Hill to Fort Frederick.  Then we left the van and walked a short distance up into the Fort.  To enter the grounds at the fort cost an additional $2.  This was worth it to get a view of St George’s that wasn’t obscured by power lines.  There were nice views to the shore line behind the fort too.  Next we drove down from the hill.  We traveled through fine homes owned by doctors, lawyers and insurance agents.  At the bottom, we made a brief stop at the retail front to a rum distillery. 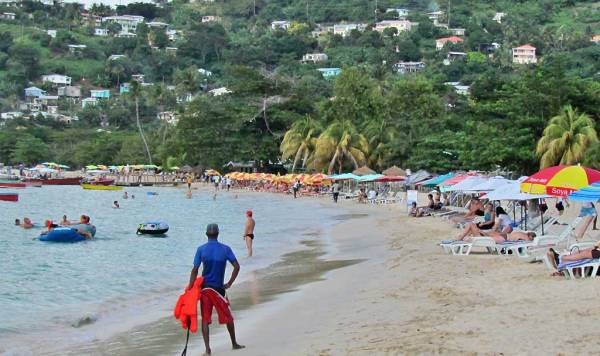 Our last stop was a very brief visit to Grand Anse ( pronounced “ance”) Beach.  We stopped just long enough to snap some pictures.  The beach was very popular and crowded.  Then it was back through St George’s inner harbor.  We passed through a single lane vehicle and pedestrian tunnel, which took us directly to the harbor where our ship was waiting.  All in all, a great $20 tour of Grenada! 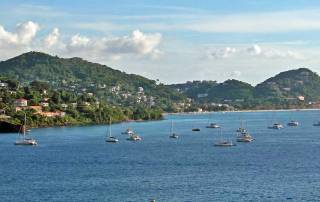 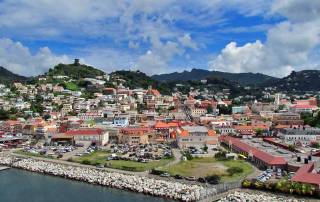 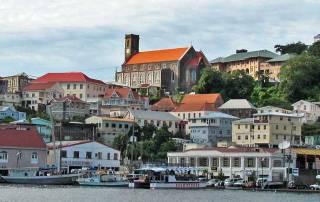 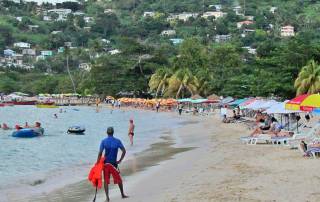 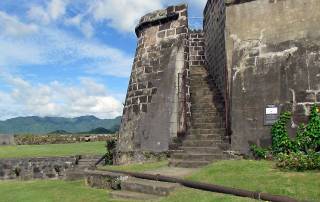 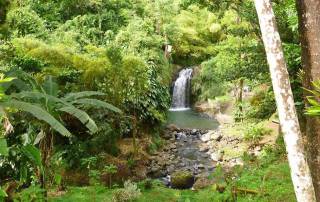 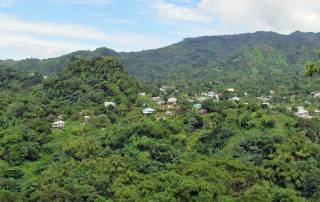 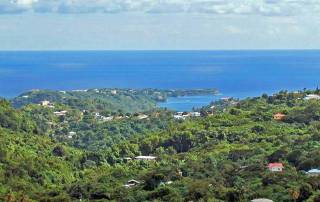