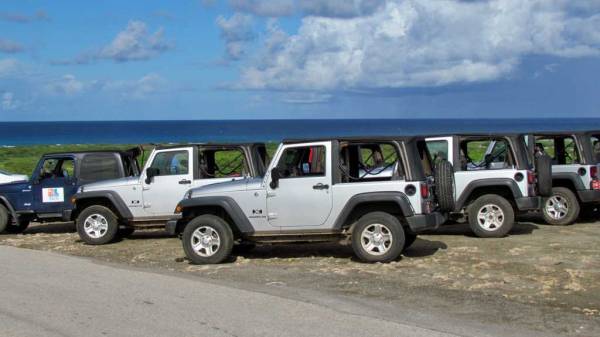 We booked our Aruba 4×4 Adventure online with Shore Excursions Group.  Their El Tours agent met us at the cruise terminal in Oranjestad.  We were quickly escorted in a comfortable air conditioned van to the 4x4s.  Our guide then asked me to drive a red 4×4.  A few seconds later we were on our way.  No liability waivers, no proof that I had a driver’s license and no discussions about insurance for the vehicle.  Now that’s a pace I wish I could get on any excursion. 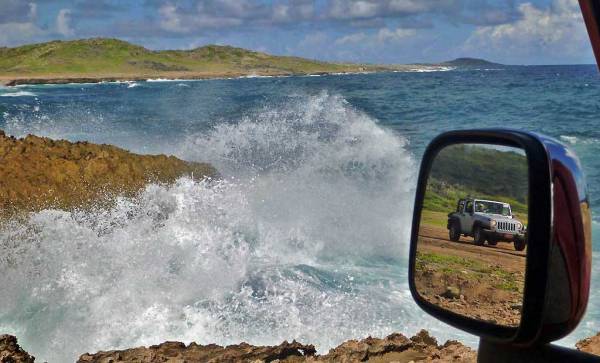 It was great to be traveling in our own vehicle in the tropical breeze that our motion created.  First we headed north past the RIU Resort and the wealthy homes on the northwestern portion of the island.  We stopped at the California Lighthouse.  The only downside was that it became apparent that we were part of a large migration of tourists that day.  They were traveling in every imaginable type of vehicle.  Our guide was extremely amiable.  He spoke English, Dutch and Papiamento.  He handled the two of us, while his partner spoke Italian to the rest of the tour.

Next we headed to the Chapel of Alto Vista.  There were numerous crosses at the roadside as we approached.  These mark spots where the congregation stops to pray during their approach to the church.  The church was very small but contained outdoor seating that tripled its size.  I always find it strange that tourists are so interested in churches and have no qualms about touring during sermons and prayers. 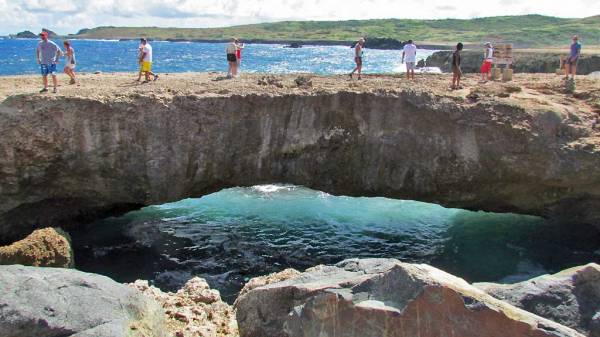 After that we headed off road along the east coast of the island.  This was very exciting and beautiful.  We drove on rough roads and through puddles that had formed from recent rains.  At several points we were right beside the ocean.  We were also among cactus and interesting land formations.  Stops included the abandoned gold transport fortress called the Bushiribana Ruins, the Baby Bridge and the collapsed Natural Bridge.  The route also took us past Ayo Rock. 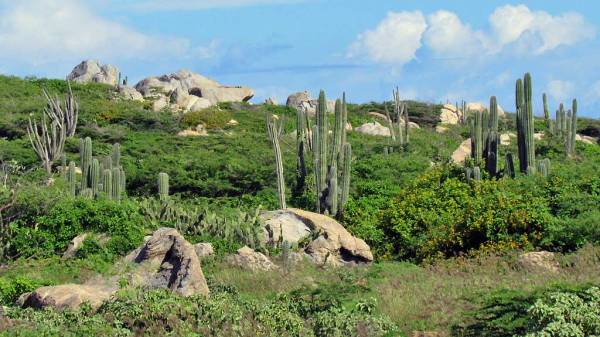 Our lunch at the B55 restaurant was pleasantly enjoyable.  After lunch we drove to Arikok National Park.  Although the route was paved, the crushed stone open culverts made for slow and bumpy travel.  The cacti were interesting.  At the ocean again, we came on a series of caves.  We visited the Fountien Cave.  The Italians on our tour were scared of bats, so we didn’t visit the larger Quadirikiri Cave.  Fountien Cave was large enough to stand in and look at the hieroglyphics on the ceiling.  The cave was very hot and humid.

From there we went off-road again and followed the coast south.  By now the bumpy roads were annoying instead of exciting.  We arrived at Baby Beach and spent an hour there.  You could rent snorkel gear for $10, but we chose to swim and take a few pictures instead.  I was surprised that this beach is so well known.  It does have a sheltered lagoon with a lovely sandy beach, but it’s right beside an oil refinery.  There was one food stand and you could also pay for restroom facilities.  There were lots of good looking people at the beach who chose not to wear much clothing.

Our Aruba 4×4 Adventure gets high marks from me.  It was great to drive the entire island in your own vehicle and see so many sites.  The pricing by Shore Excursions Group was great too. 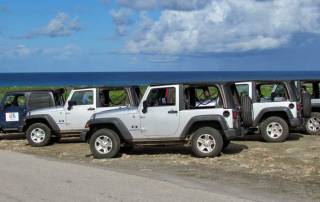 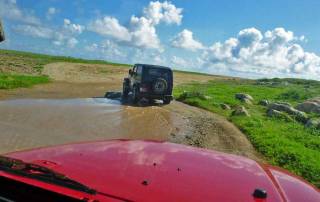 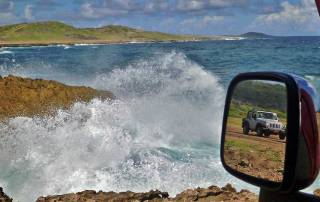 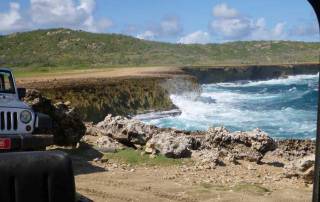 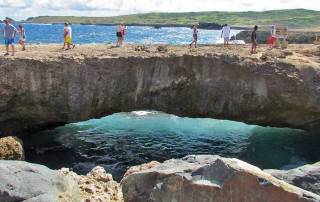 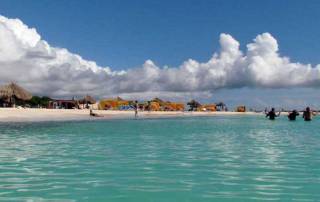 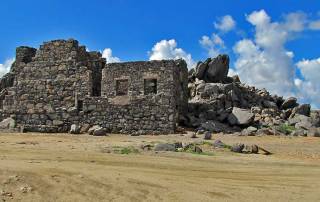 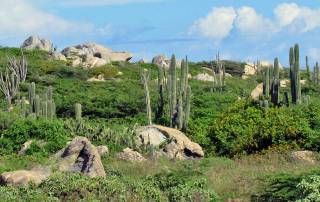 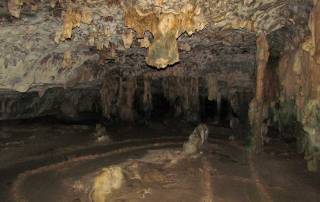 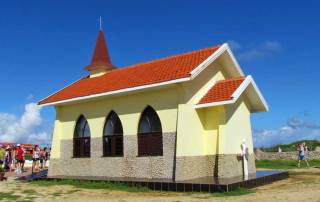