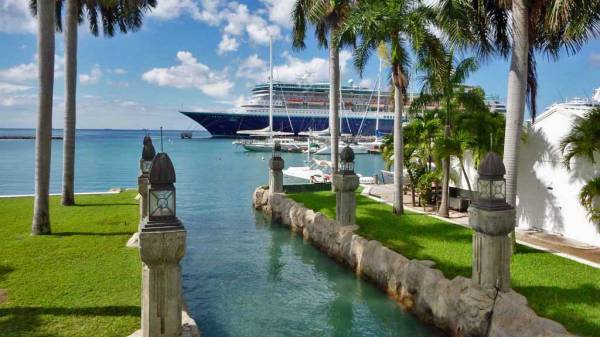 Oranjestad – Wander the streets of the Aruba’s port; the “j” is pronounced as an “h” in Dutch. A free trolley takes passengers from the cruise ship terminal to the newly developed pedestrian area downtown on Schelp Straat. See the National Archaeological Museum. Then visit the harbor to see the Market Place. Enjoy restaurants like the Dutch Pancakehouse.

Take the city-island bus to Baby Beach, Palm Beach or Eagle Beach. All the beaches in Aruba are public, but the palapas and lounge chairs aren’t. The bus terminal is located next to the cruise terminal and provides an inexpensive transportation alternative that covers the island. 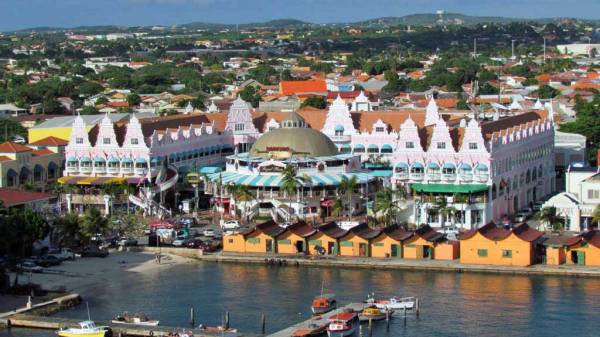 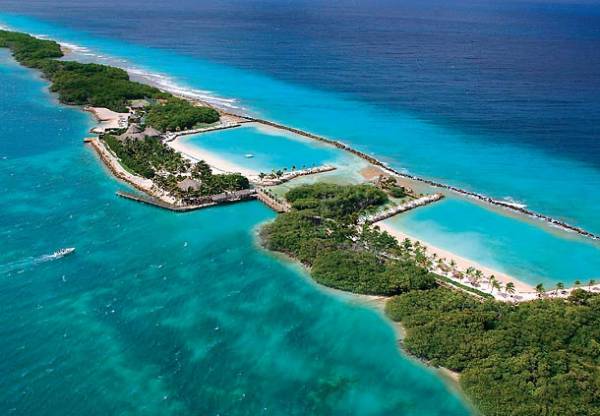 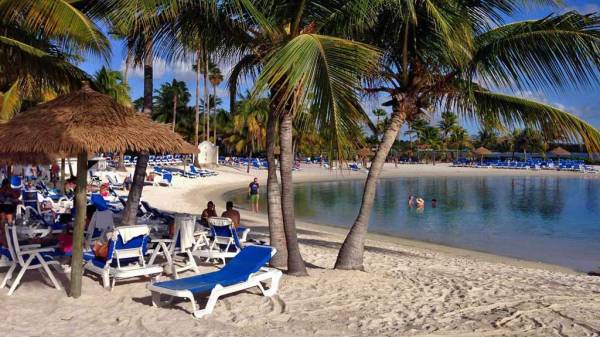 Catch an open air bus tour of the island at the cruise dock. De Palm Tours arranges most of the large bus tours of the island. Or, book a 4×4 excursion around the island. Read our Aruba 4×4 Adventure blog too. Sights you’ll see include: 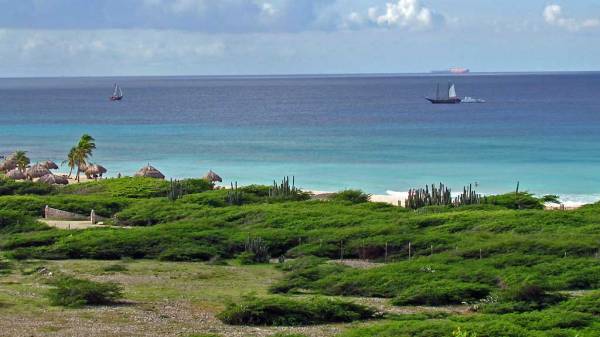 Aruba has weather with temperatures that are almost the same all year long. October through December is the rainy season. Aruba is too far south to get caught up in Caribbean hurricanes. March is probably the best time to visit Aruba for good weather. 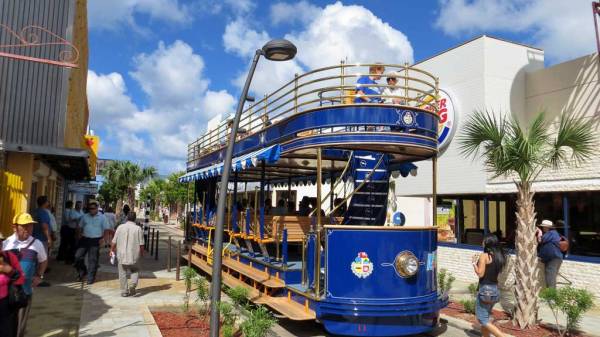 Queen Beatrix International Airport has some of the best non stop connections in the Caribbean. There are many cities in the United States that have direct flights. Plus you can easily get there from Canada and Europe. The airport is almost downtown in the capital city of Oranjestad. The cruise terminal is in the heart of Oranjestad too.

Aruba is a very small Dutch island in the farthest south portion of the Caribbean. Together with Bonaire and Curaçao, Aruba forms a group referred to as the ABC islands. It is 180 sq km (69 sq mi) and is only about 15 miles from Venezuela and South America. You can see Venezuela from several locations on the island. Aruba is part of the Kingdom of the Netherlands, which includes the Netherlands, Curaçao and Sint Maarten. Languages spoken on the island include Dutch, English and Papiamento. Papiamento is a blend of Dutch, Portuguese, African languages and Spanish. There are just over 100,000 inhabitants on this Dutch island.