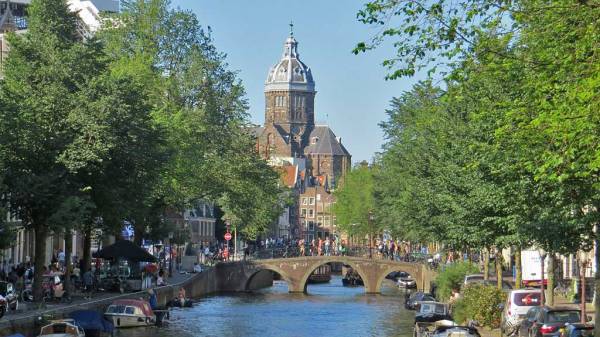 Amsterdam Visit – Get There

On our way to our Tanzania Safari, we stopped on the way for an Amsterdam visit.  To get there, we took the train from Schiphol Airport to Amsterdam Centraal in the Old Town.  The train from Schiphol to Amsterdam Central was fast, comfortable and only took about 15 minutes. The winter weather in Amsterdam was gray and cold, with drizzling rain.  English is the second language of the Netherlands, so it’s easy to communicate, which also made it feel familiar.  The surprising when you get there is just how extensive the canals are and how overwhelming the volume of bicycle traffic is.  There were 2,500 bikes parked outside the main train station, but about 9,000 riders look for spots each day.

The first thing we did on our Amsterdam visit was a canal cruise.  Two companies offer a canal cruise starting right in front of the Amsterdam Central station. One is Lovers and the other is Holland International.  The most common tour lasts one hour.  We took Holland International’s 100 Sights one hour tour.  The canal cruise cost was 13 Euros per person.  The cruise covered the harbor, the Skinny Bridge, Anne Frank House, the West Church and a number of small canals including the Seven Bridges viewpoint.  At the 7 Bridges, from water level, you can see 7 canal arches lined up each inside the other. 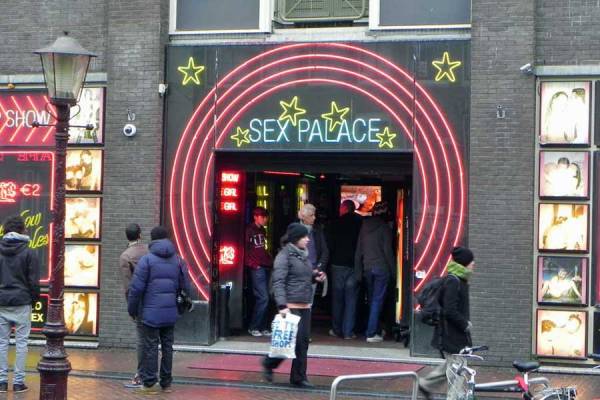 After the canal cruise, we walked over to the Oude Kerk (old church) in the heart of the Red Light District.  The Red Light District was open for business at 4 pm, though I understand it is much busier after 10.  The women are in very small rooms with a glass door that maximizes the view.  Women are scantily dressed and there is a bed in the small room. They simply close the curtain when customers are present.

The Red Light District had an Asian section, a Caucasian section and a shemale section – all very close to each other.  Be respectful and don’t take pictures. 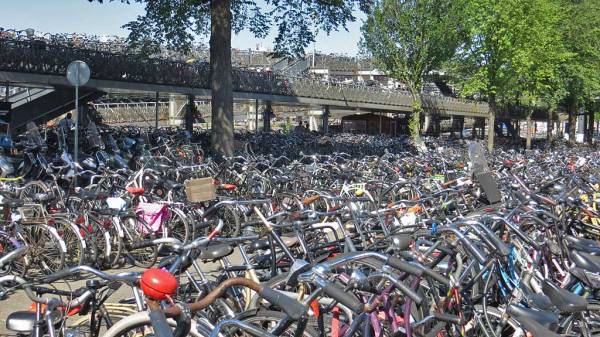 After that we walked to the Royal Palace, which was under reconstruction. We then wandered the streets and canals until we were able to walk across the Skinny Bridge. The bike traffic was constant and dangerous to the inexperienced, as you don’t often hear the bikes coming.  Many places you’d think of as being for pedestrians are actually bike lanes.  The bikes are all older styles – no 10 speeds and no mountain bikes.  No one wears a bike helmet.  We saw a couple of bikes with wheelbarrows out front that would hold children.  We also saw children riding in their parent’s laps and in baskets on the handle bars. 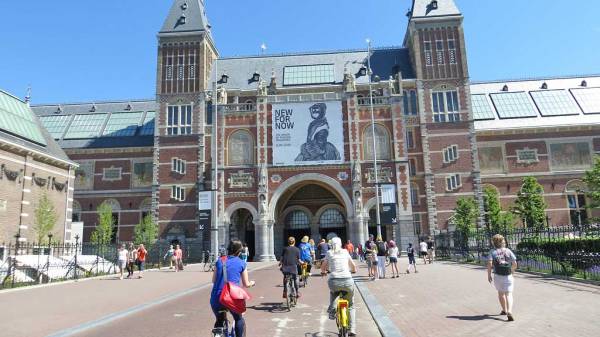 Returning from our Tanzania Safari, we had  6 hours for another Amsterdam visit.  This time we took the train the wrong direction from Schiphol Airport to start our visit, but locals helped us get to Amsterdam Centraal without retracing our route.  In the cold air, we walked along Kalverstraat until we found the floating flower market.  Then we walked to the Rijksmuseum.  At the Rijksmuseum, where we saw Rembrandt’s “The Night Watchman.”  The Van Gogh Museum is right beside the Rijksmuseum. 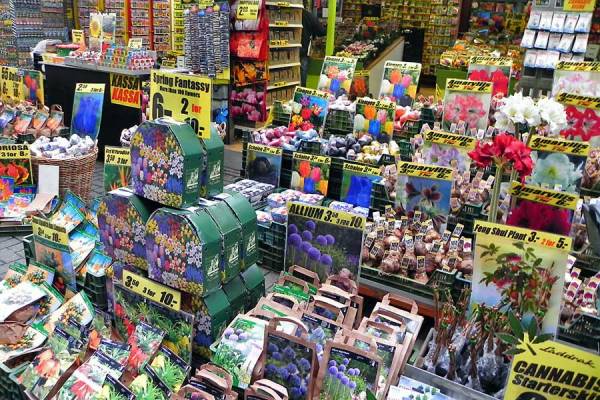 Afterward we were too cold to walk back from the Rijksmuseum to the Amsterdam Centraal train station, so we took a local bus.  At the train station we ordered our favorite Starbucks lattes and ate pastries.  Service at Starbucks was in English and it felt just like being at home instead of halfway across the world. 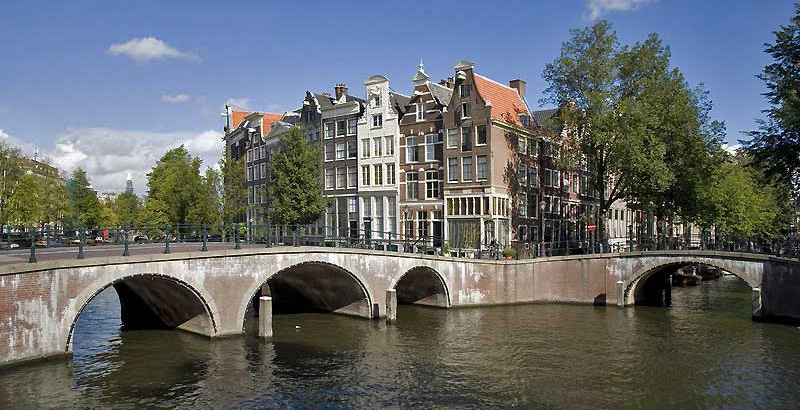 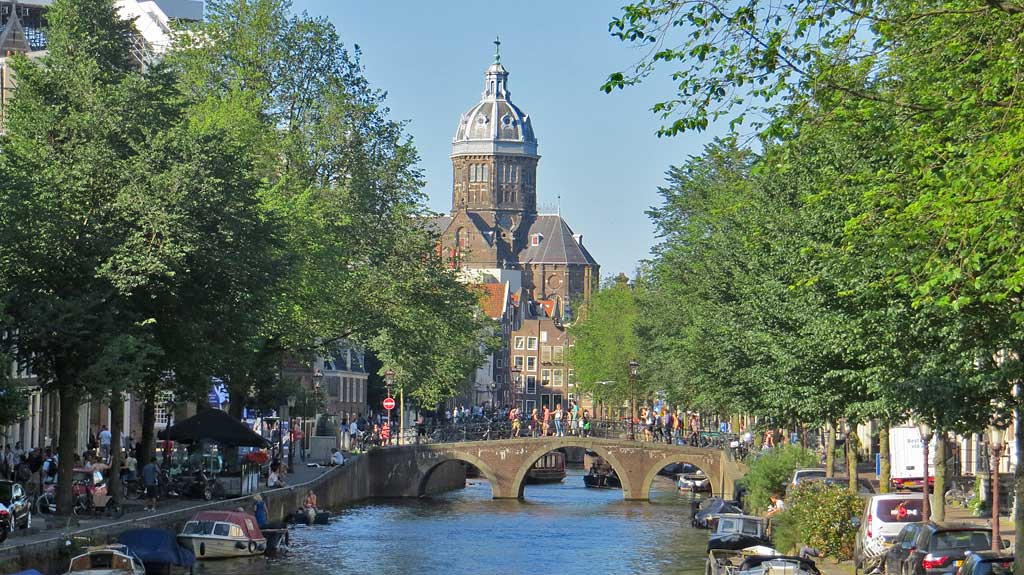 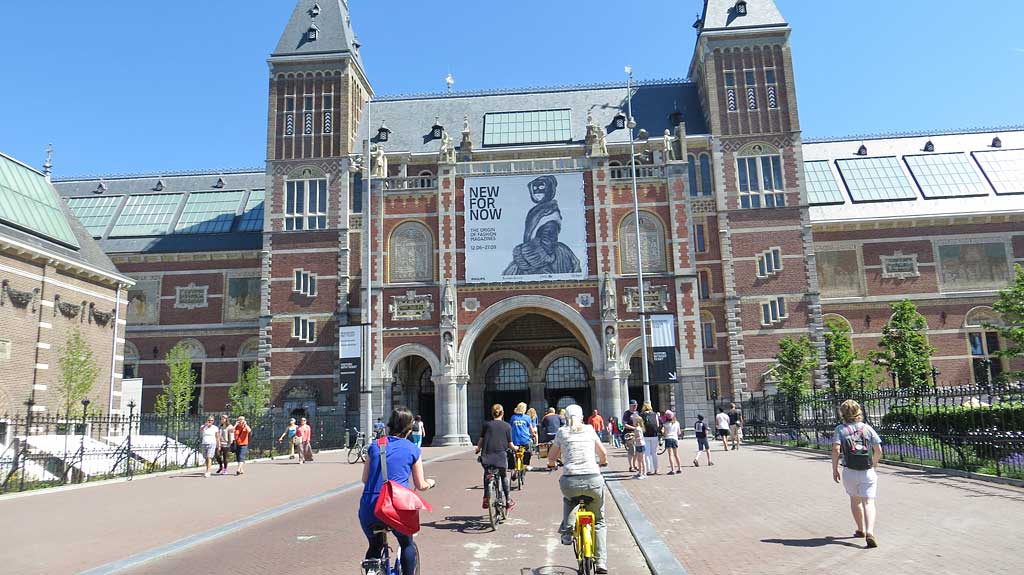 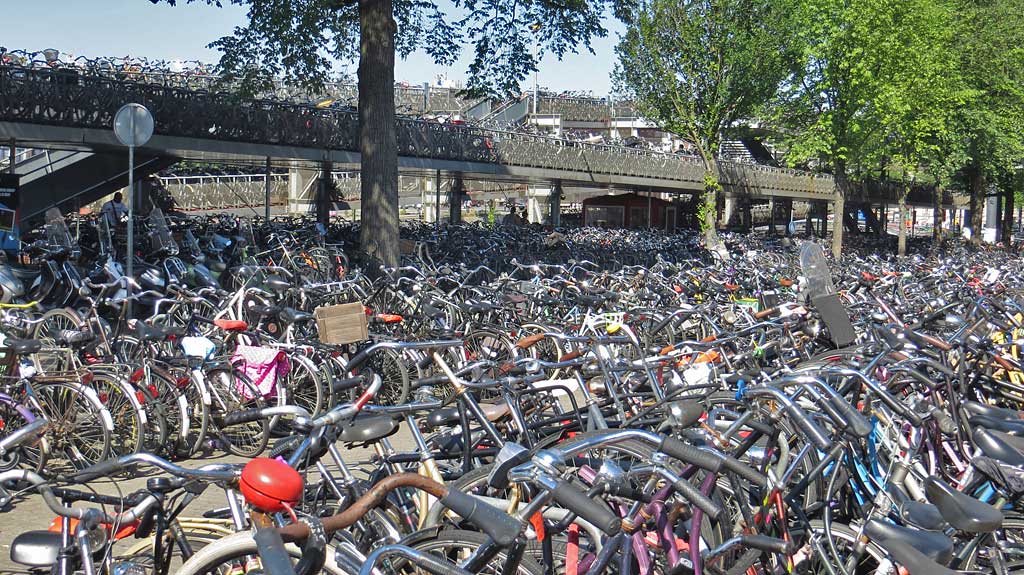 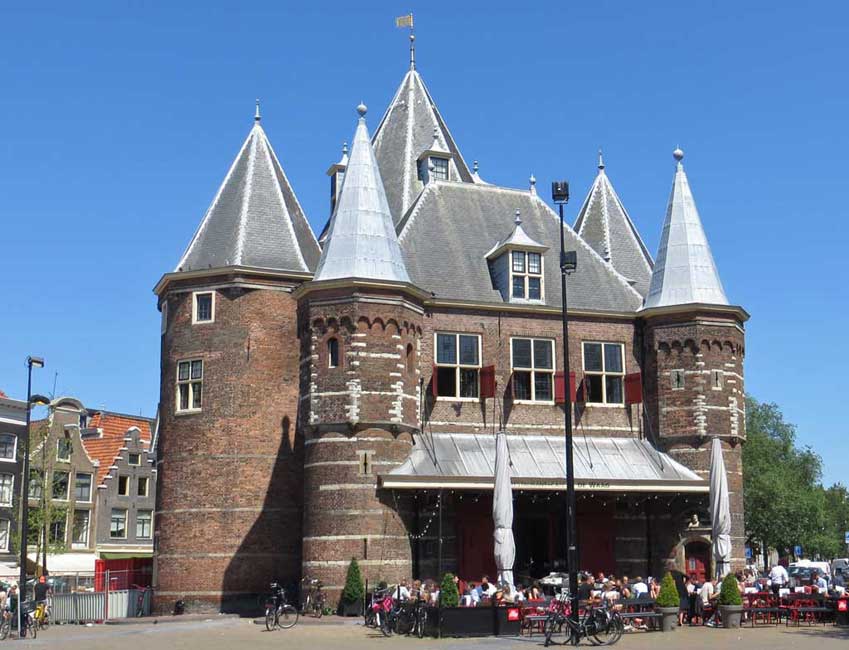 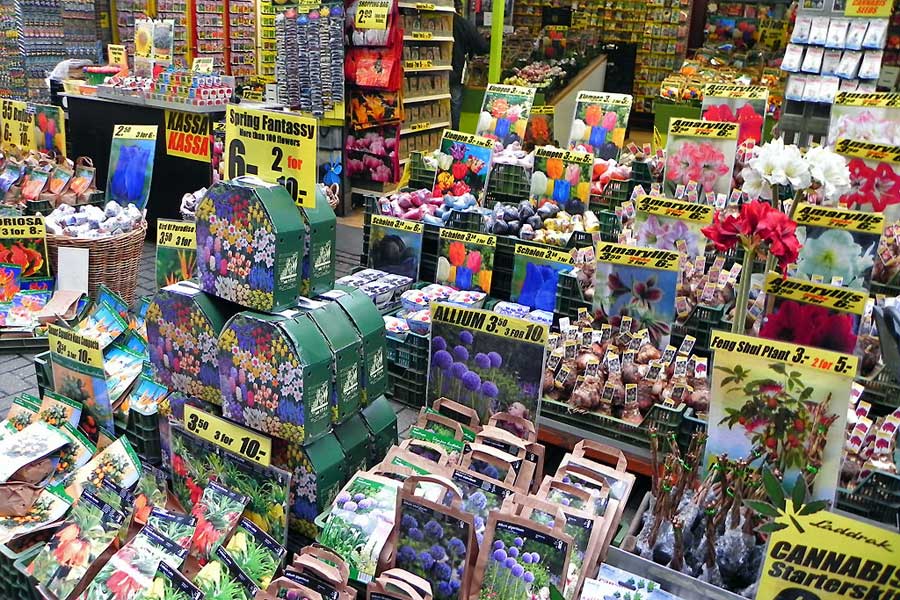 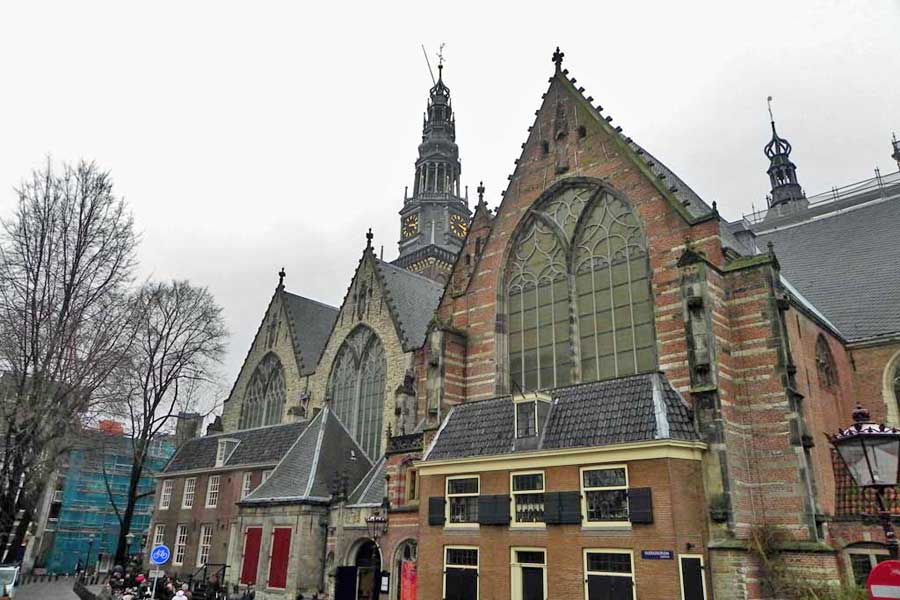 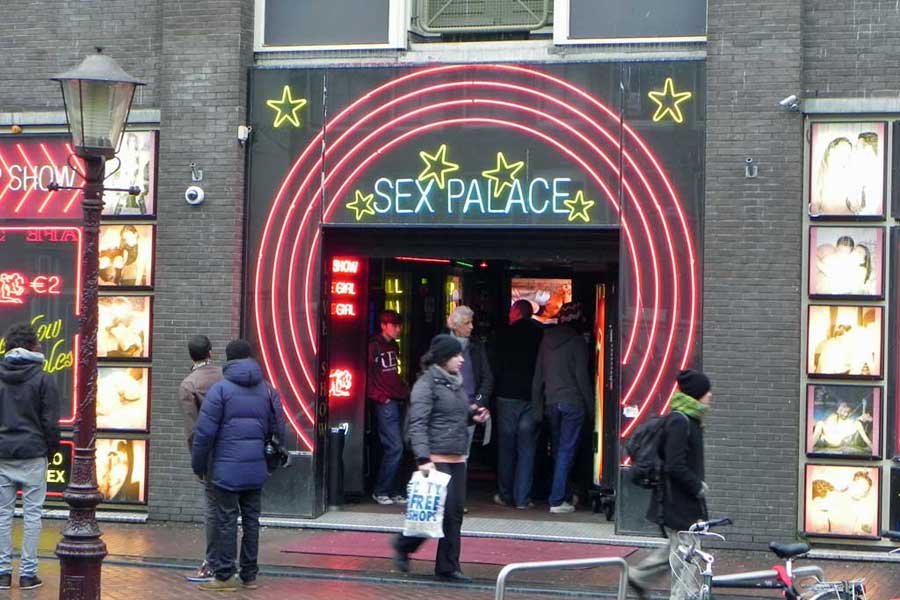 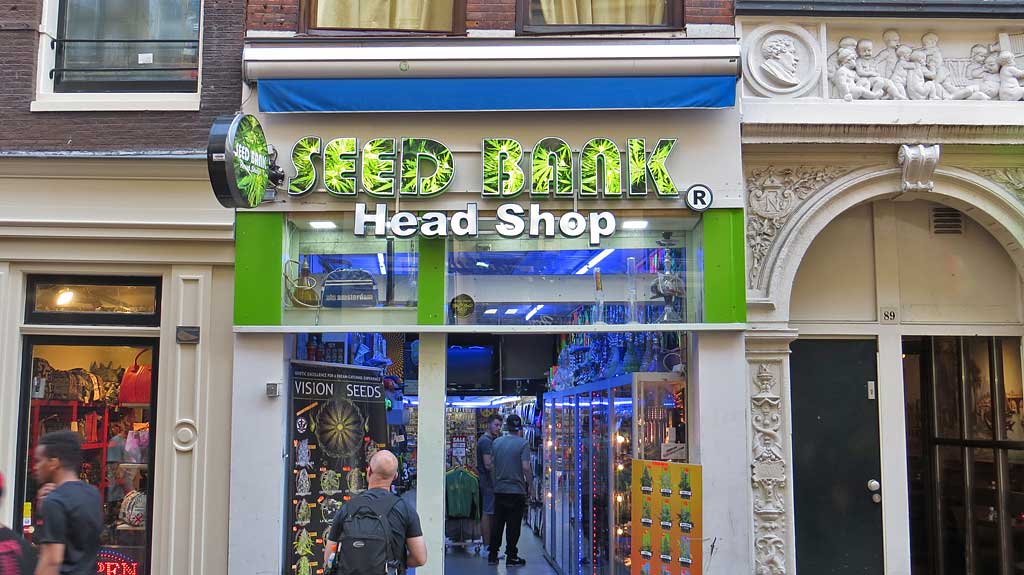 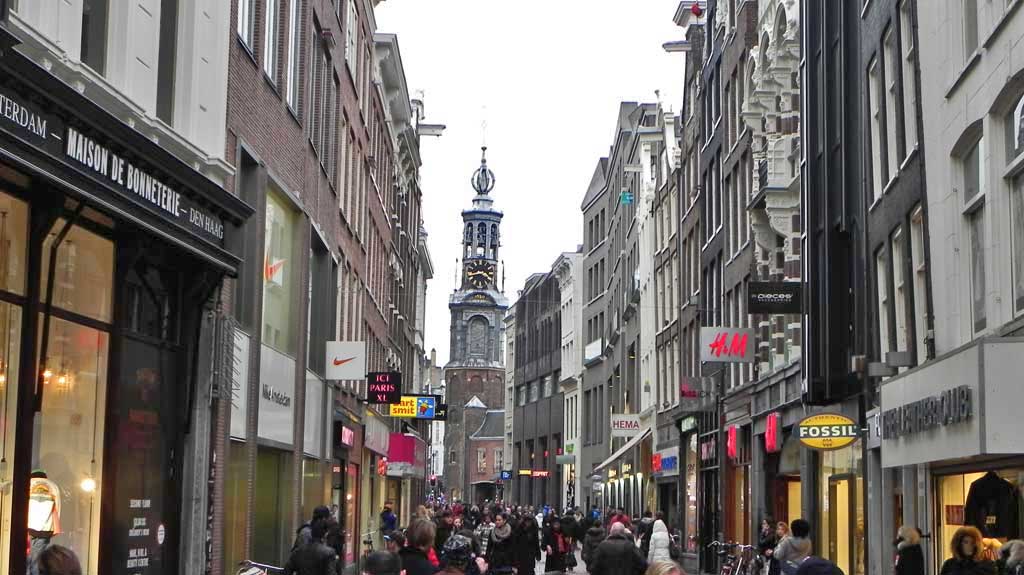 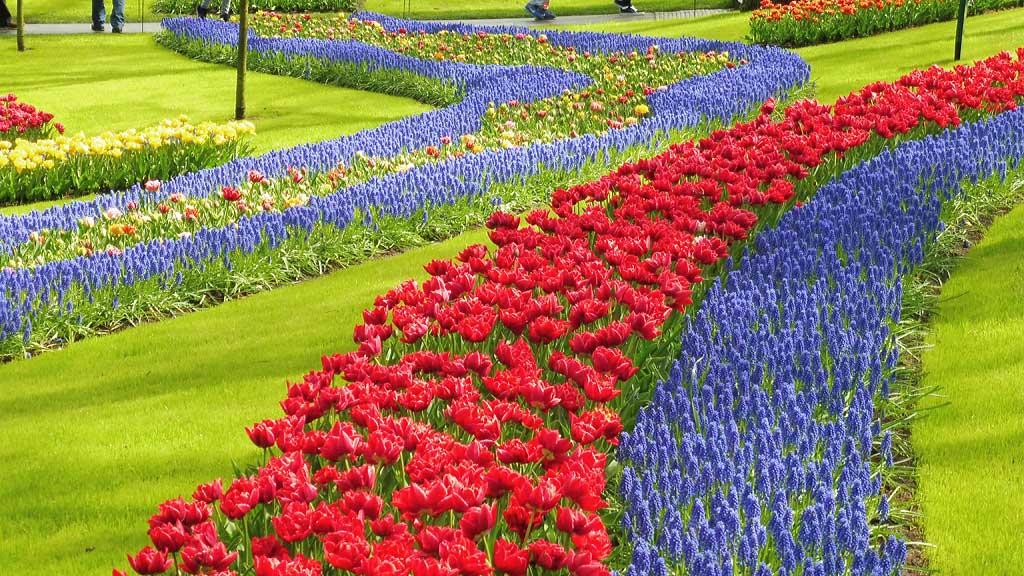 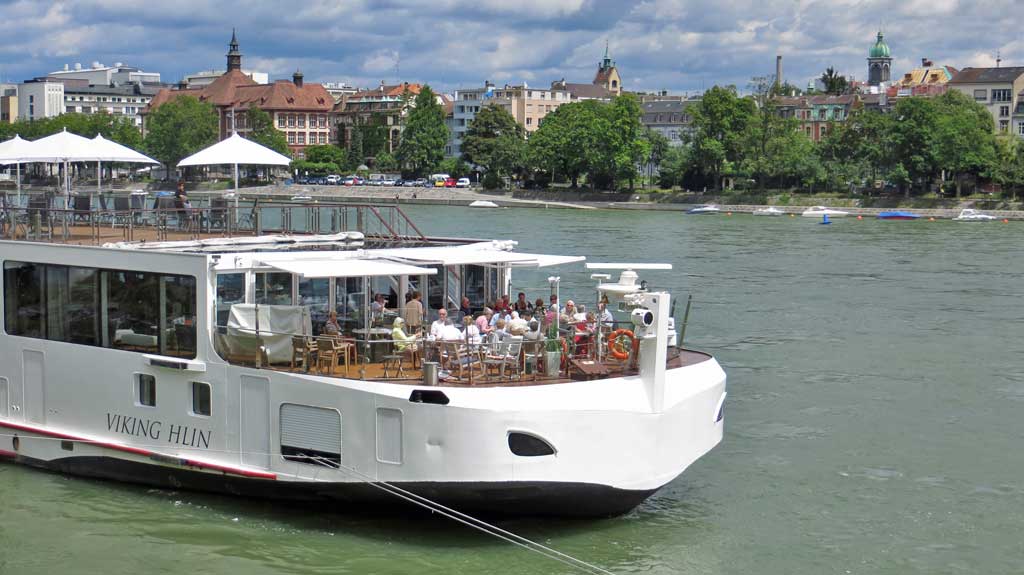