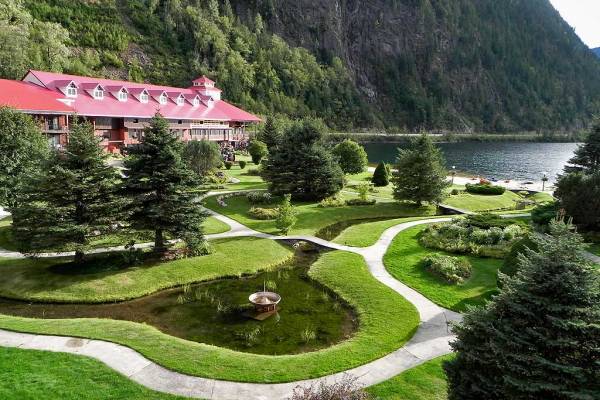 You can get to 3 Valley Gap Heritage Ghost Town when you are driving through the Canadian Rockies between Vancouver, BC and Calgary.   3 Valley Gap is on the Trans Canada Highway in British Columbia. It is 7 hours east of Vancouver, 3 hours east of Kamloops, 8 minutes west of Revelstoke and just over 5 hours west of Calgary.  As youngsters, many Canadians remember passing by the 3 Valley Lake Chateau without stopping on our drive from the Rockies to the Pacific.  Many years later I stopped to find out what’s going on there.  Not only is it picturesque and entertaining, but many tourists from other countries stop here now.  When I finally visited, I learned all about the history of 3 Valley Gap Heritage Ghost Town. 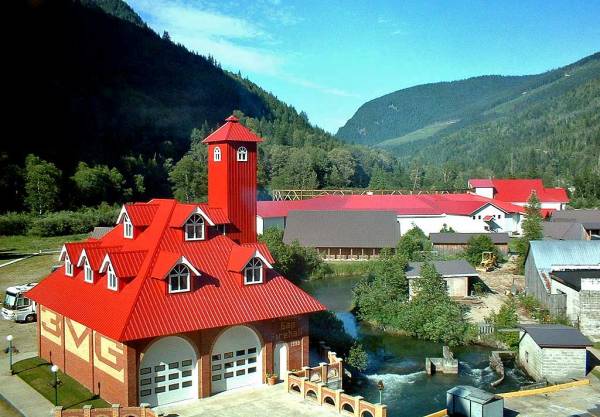 Gordon Bell was an engineer from Saskatchewan who had a vision to develop the property after the sawmill closed.  The originally town had been abandoned.  Gordon Bell purchased the lakeshore in 1956 and started the 3 Valley Gap Heritage Town in 1961.  In the early years, he and his family drove out from Saskatchewan for weekends to undertake construction.  Gordon was obviously a determined man with both vision, ability and business sense.  When he got a quote for hydro electric power to 3 Valley Gap, he decided it was too expensive.  So he built his own dam and power plant instead.  He also built his own firehall. 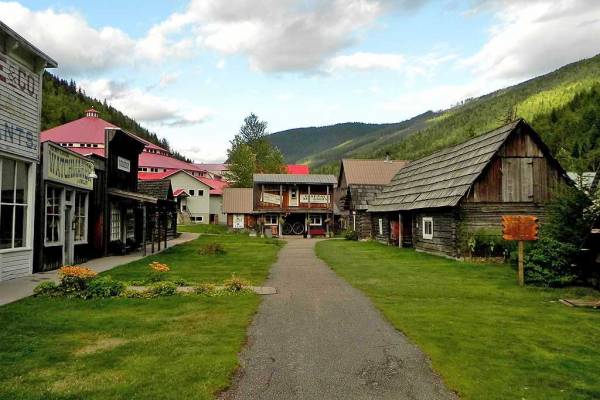 As he noticed the decline of historic areas in western Canada, he began preserving the history buy purchasing items and moving them to his 3 Valley Gap Heritage Ghost Town.  This was no small task.  He took apart buildings board by board.  Then he moved them and their contents to 3 Valley Gap where they were rebuilt.

Each building has a history. St. Stephen’s Church in Field, BC was destined for demolition, to be replaced by a newer building. The church was rich in history as was the Reverend Thomas Murray, who led the congregation during the move of the church from Donald to Field in 1902. Reverend Murray walked the railway tracks from Field to Sicamous, ministering to maintenance crews throughout the years. In 1965, Gordon and Ethel arrived just in time to purchase the church before it could be demolished. 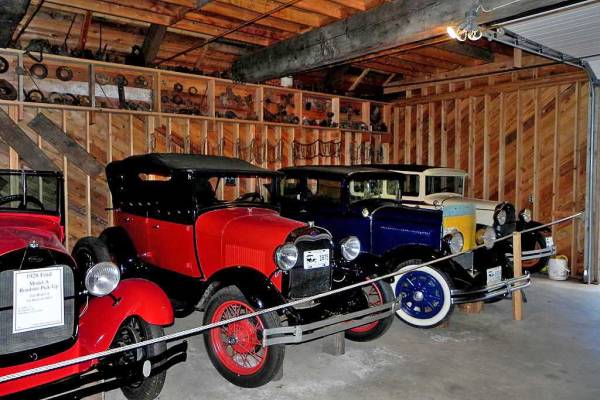 The Craigellachie School, originally built in 1902, was saved by the Bell’s and moved it to their Heritage Ghost Town.  Along with it, they also acquired the original ledger covering all correspondence with the Provincial Government, all dollars expended to build and operate the school from 1902 to 1908 and all of the minutes from school board meetings.   The 3 Valley Gap Heritage School has papers on the hiring and wages of teachers from that time.

The Hotel Bellevue was located under the Trans Canada Highway bridge at Sicamous, BC.  This heritage hotel had already been partially destroyed by bridge construction. By 1961, the hotel had been vacant for ten years.  Gordon and Ethel Bell were able to purchase the hotel with most of the furnishings and artifacts.  They moved the heritage hotel piece by piece to 3 Valley Gap. 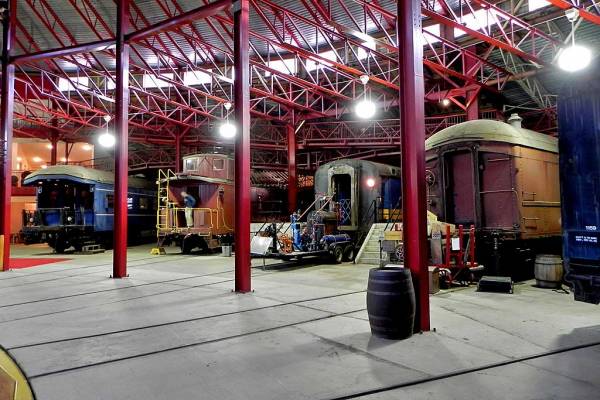 Gordon also collected trains and antique model cars for his 3 Valley Gap Heritage Ghost Town.  When I met Gordon in 2003, he proudly showed me the nearly completed honey moon suite that was being added to the 3 Valley Lake Chateau.  He was talking excitedly about his next project to build a train round house for his rail stock.  In 2007 Gordon Bell passed away, but you can see his completed dream to build a round house.  When you visit 3 Valley Gap Heritage Ghost Town, talk with his family as they carry on his legacy. 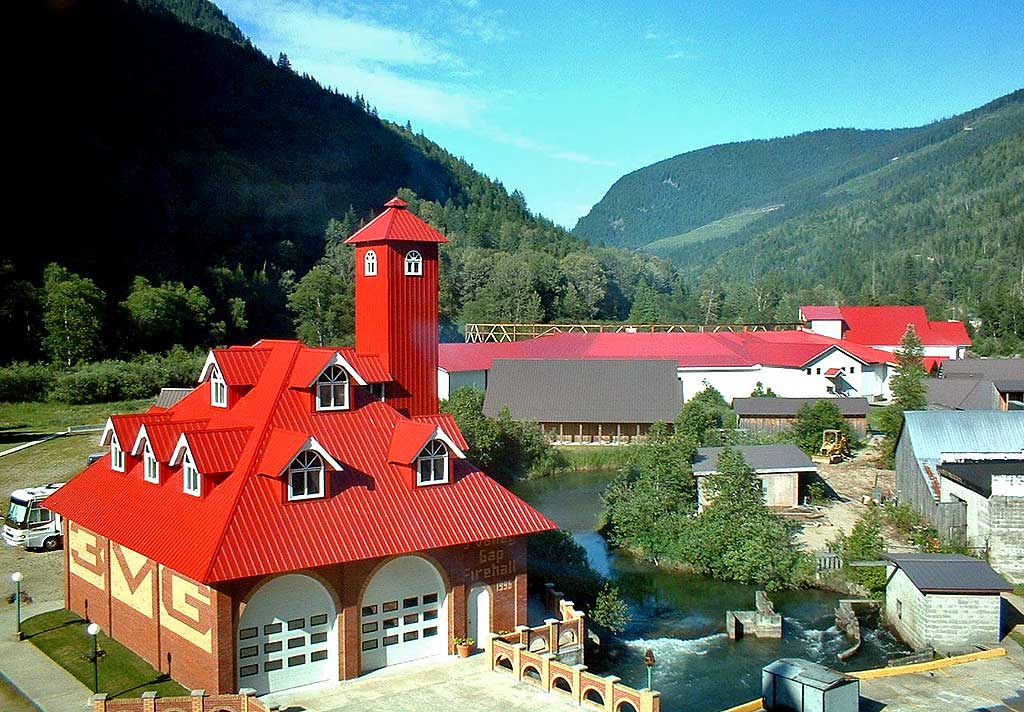 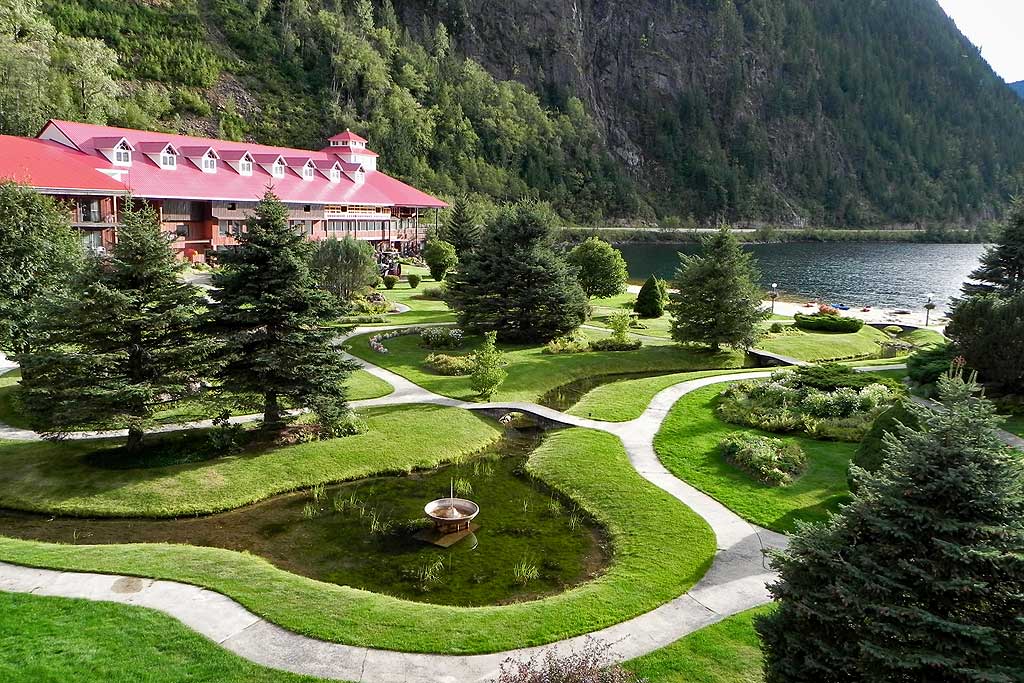 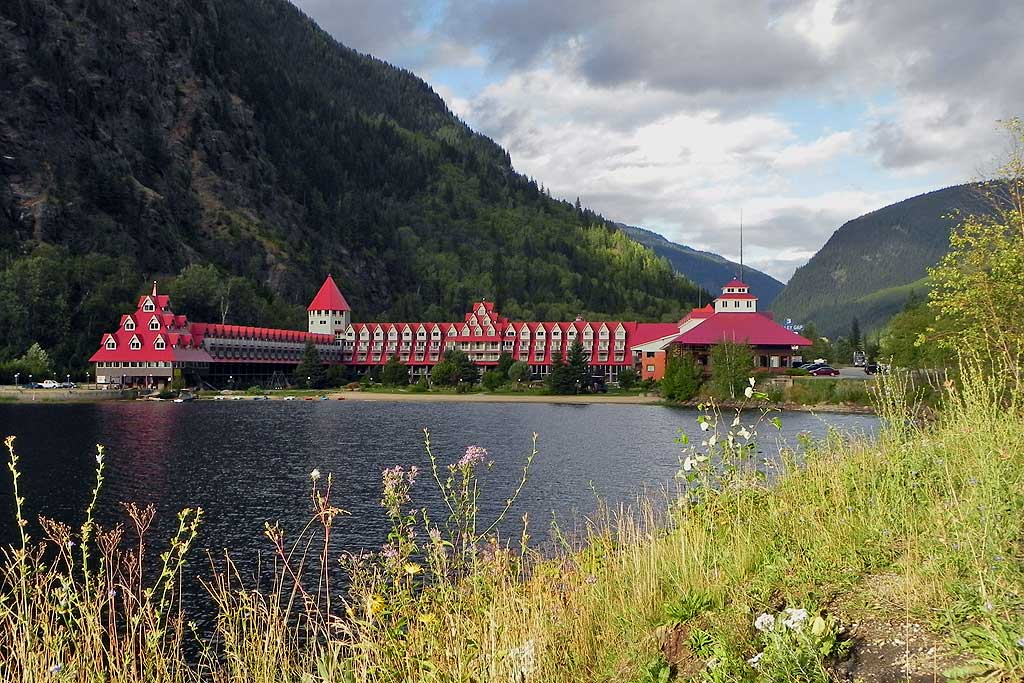 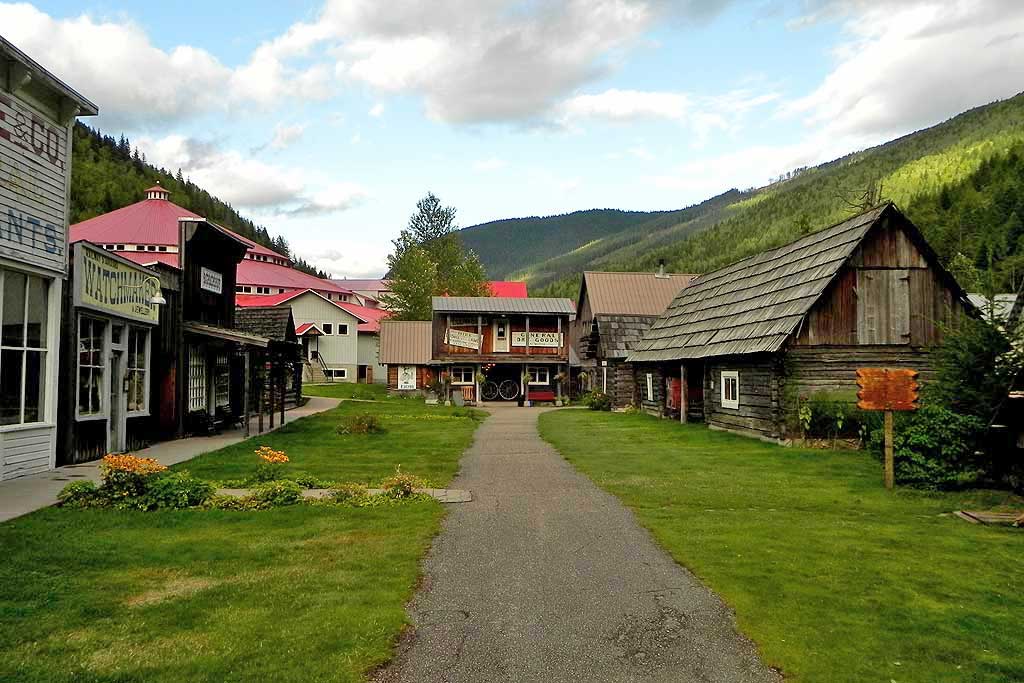 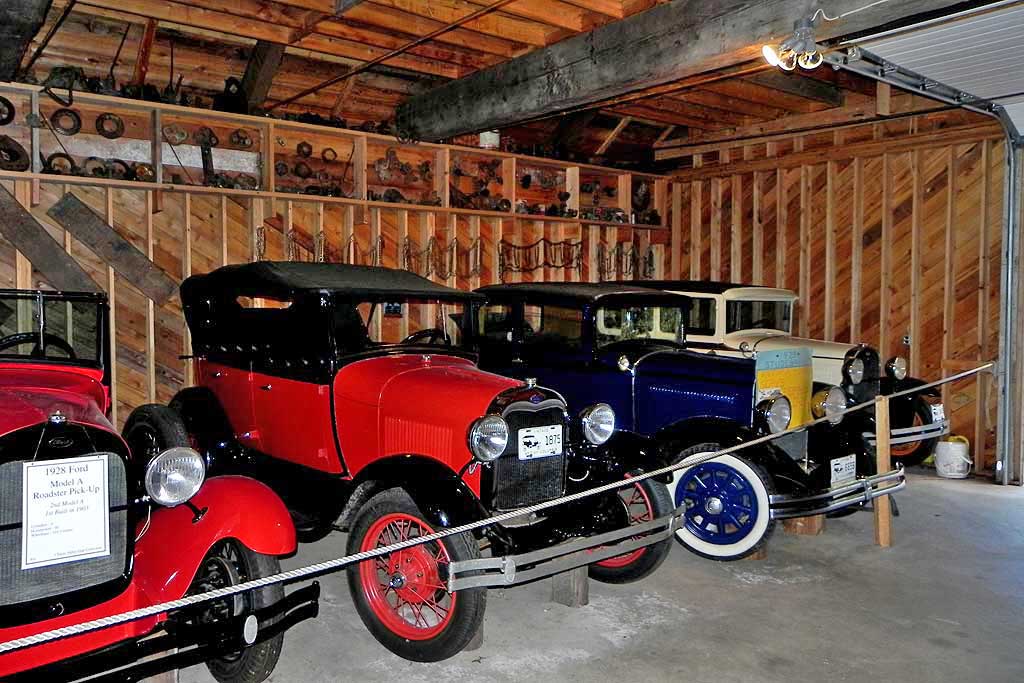 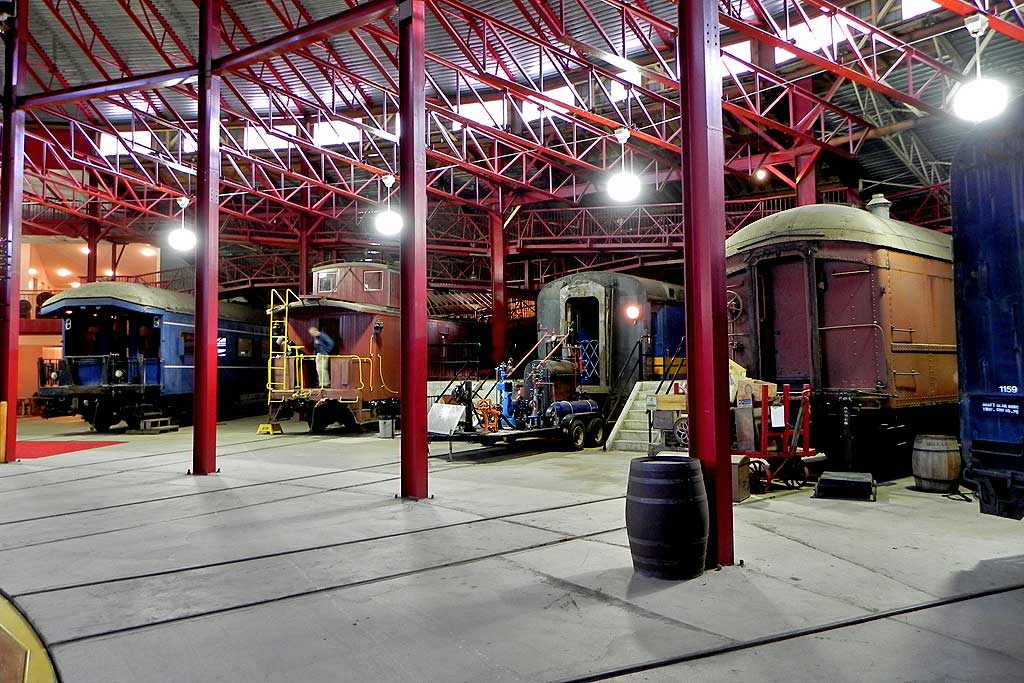 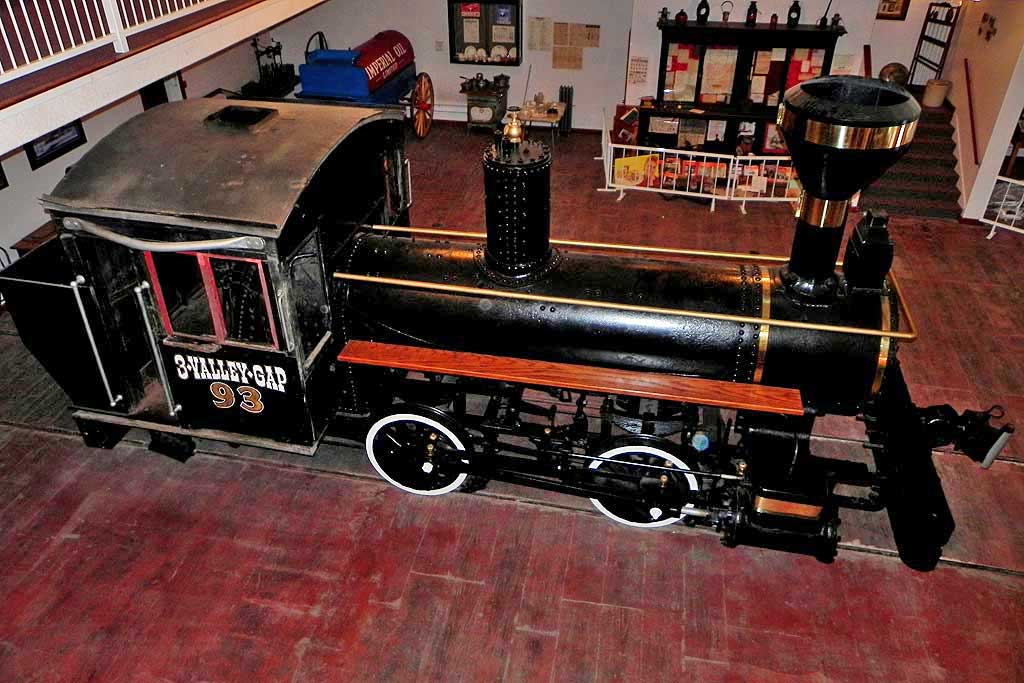 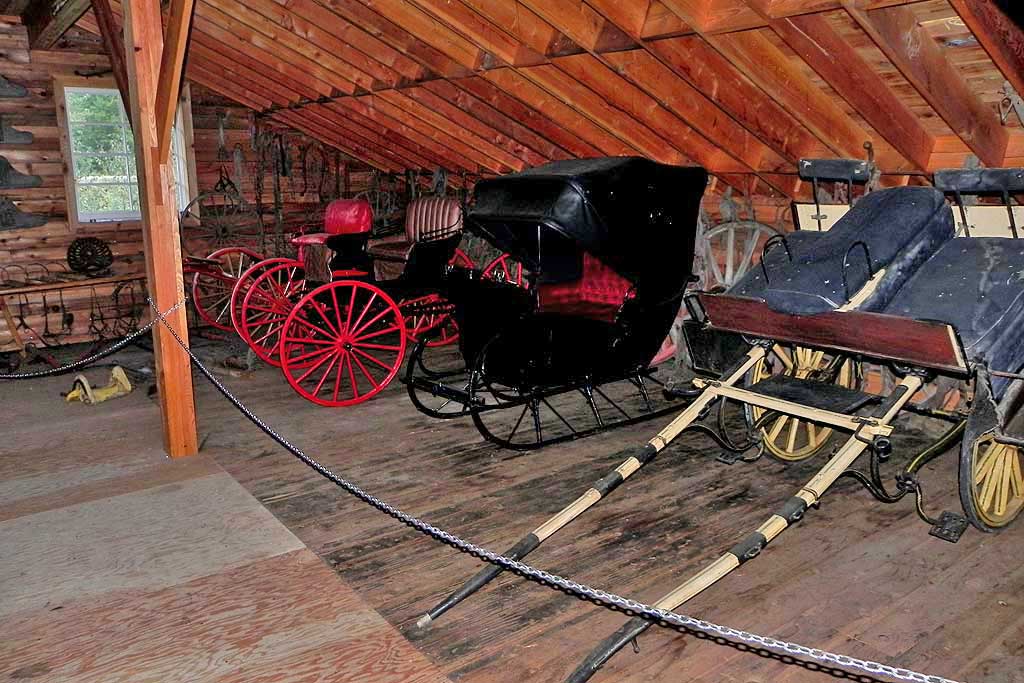