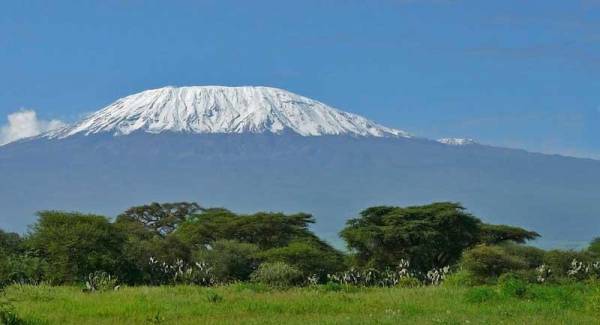 Getting to an Amboseli Safari

Getting to an Amboseli Safari takes about 4 hours by vehicle from Nairobi.  From Nairobi you can reach Meshanani Gate via Namanga on the Nairobi – Arusha Road.  You can also get there through Emali on the Nairobi – Mombasa Road.  Small planes regularly fly in to Amboseli Airport from Nairobi, which is convenient for visitors who can afford it.  To enter the park, a Safari Card must be purchased from any Kenya Wildlife Service office or at the Iremito Gate.  Four wheel drive vehicles are necessary, because of the nature of the roads and the risk of heavy rainfall.  Bring drinking water with you.  For my Amboseli Safari, G Adventures supplied vehicles, English speaking driver/guides, permits, water and accommodation arrangements.

Amboseli National Park is located in the Rift Valley on savannah grassland that spreads across the Kenya-Tanzania border.  The name amboseli means “salty dust” in the Maasai language.  The park is famous for its wild elephant herds, which can frequently be photographed against a backdrop of Mount Kilimanjaro.  The runoff from “Kili” creates swamps and rivers, which flow into Lake Amboseli.  The elephant herds wander through these swamps and the adjoining grasslands.  The reliable supply of water supports permanent elephant herds. 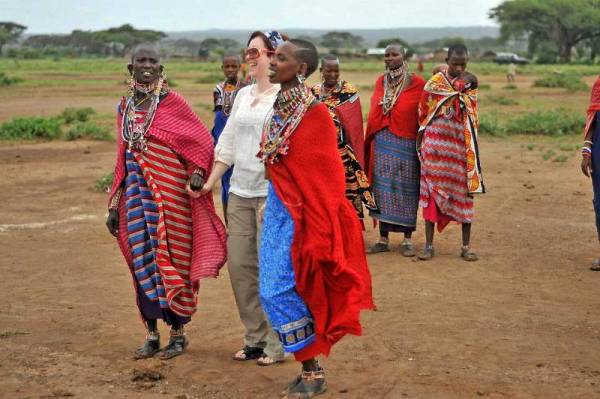 Weather for my Amboseli Safari

The weather in Amboseli is similar to Nairobi, because of the elevation.  Evenings were comfortable.  During the day, it was warm, but not hot.  I was there in September, so there were no problems with rainfall or muddy roads.

Thatch huts within the park boundaries are the Maasai’s living quarters.  Other groups aren’t allowed to live in the park.  Cattle provide their source of milk.  The Maasai drink cattle blood too!  The Maasai don’t hunt wildlife, but they will use spears and clubs to defend their herds from lions and elephants.  In recent years, the Maasai started supplementing their income by hosting tourist visits and selling souvenirs.  Our visit to a Maasai Boma allowed us to see their traditional dress and hear tribal songs.  One Maasai warriors suggested that I should leave the safari group to become one of his wives! 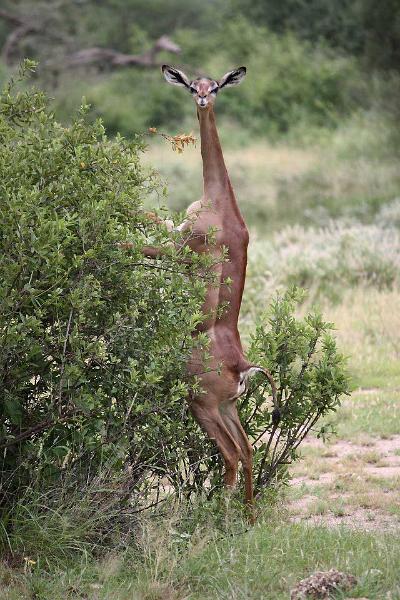 The wildlife viewing on my Amboseli Safari was excellent.  I saw lions, cheetahs, hyenas, wildebeest, elephants, cape buffalo, zebras, wild dogs, hippos, crocodiles, mongoose, hyrax, dik- dik, lesser kudus, bat eared foxes, Maasai giraffes, turtles, yellow baboons, impala and Grant’s gazelle.  The variety of species was impressive.  The gerenuk are amazing, because they look like other gazelles, but they stand up on two legs to eat.  At Observation Hill, you can view the entire park.  From the hill, you can see elephants, hippos, pelicans and Egyptian geese in the savannah and the nearby swamps. 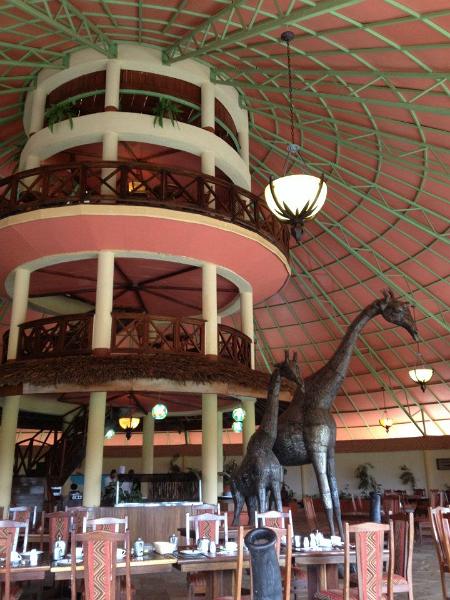 Accommodation for my Amboseli Safari

G Adventures made arrangements for our Amboseli Safari to stay at the Kilima Safari Camp.  This was magnificently appointed tented accommodation, which felt like a cottage.  The bathroom was a brick structure the size of a living room with a double vanity and a bidet.  If you left the outside light on at night, the bugs bouncing off the canvas were the only indication that it was a tent.  There was no problem keeping the bugs out.  The bullfrogs at night were loud.  There were views of Kilimanjaro from everywhere on the site.  The property has a large restaurant with a spiral staircase to a lookout with views of Kilimanjaro.  There were many opportunities for bird watching from the lodge.