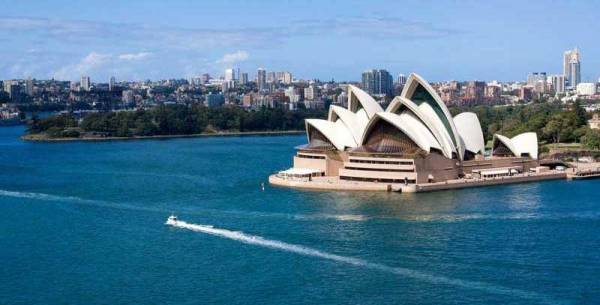 Visit Sydney cruise terminals at Circular Quay or nearby Darling Harbour are both ideal locations to take a walking tour of Sydney and the Central Business District. Find handicrafts at The Rocks Market, located at the north end of George Street, right beside the Circular Quay terminal. The Museum of Contemporary Art and the Museum of Sydney are within walking distance of the waterfront.

Catch a ferry to Manly Beach. Take a ferry to the Sea Life Sydney Aquarium and adjoining Wildlife Sydney Zoo where you can see a koala in downtown Sydney. Alternately, take a ferry north to the Taronga Zoo. 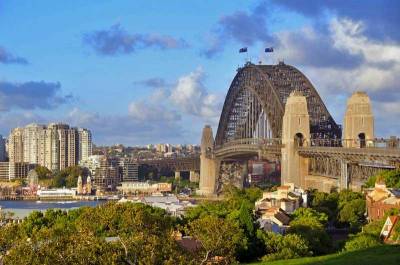 The Sydney Opera House is on the peninsula at the east edge of Circular Quay. Take a Sydney Harbour Lunch Cruise.  South of the Opera House is Government House and then the extensive Royal Botanic Gardens & Domain Trust is found. In the Botanic Gardens on the small peninsula bordering Farm Cove you will find Lady Macquarie’s Chair, which provides excellent views over the city.

The Domain Park adjoins the Botanic Gardens to its south and contains the well known Art Gallery of New South Wales. The Domain Park transitions into Hyde Park, with Parliament House along the border of the Domain. 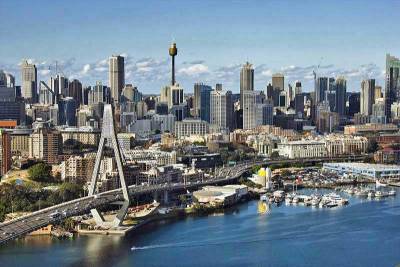 Hyde Park includes the Sandringham Gardens, the Pool of Reflections and the Anzac Memorial (Australia & New Zealand Army Corps), St Mary’s Cathedral and the Australian Museum border Hyde Park. The Sydney Tower Eye is one block off the park. The tower has great views over the city at a height of 309 m (1,014 ft), plus a Skywalk for the more adventurous. Sydney Town Hall and the shops of the Queen Victoria Building (known as the QVB) are near Hyde Park too. 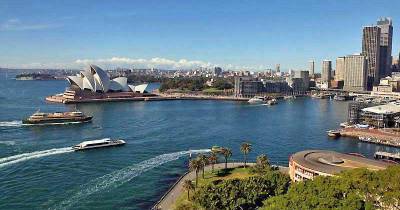 Paddy’s Markets is a well known flea market found just south of the Garden of Friendship.

The Australian National Maritime Museum is two blocks north of the Convention Centre and can also be reached by crossing the Pyrmont Bridge from the Sydney Aquarium. 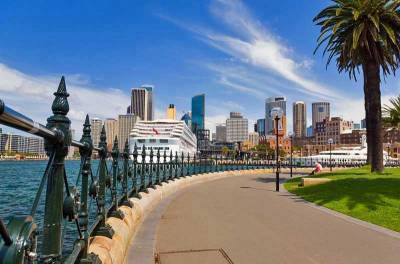 Get Around Sydney – Opal Card

For longer stays, you can use an Opal card to save money. The Opal Card discounts combination rides. You preload cash on to your Opal Card and fares get deducted when you tap the card before and after your ride. You can use the Opal Travel App on your phone too. The Opal card works on buses, trains, light rail, the metro and ferries. The Opal Card can be used to get to downtown Sydney, Manly Beach, Bondi Beach and the Blue Mountains. If you buy your Opal Card at the airport there is a minimum amount you must preload on the card. The Opal Card also tracks a daily maximum fare that it will charge you, which saves a lot of money if you ride the bus out to the Blue Mountains and back.

Unfortunately visitors aren’t able to get a refund for the balance remaining on their Opal Card when they leave. So, you almost need to hire an accountant to figure out whether to buy single fare Opal trips from vending machines, use your credit card or get a preloaded Opal Card. 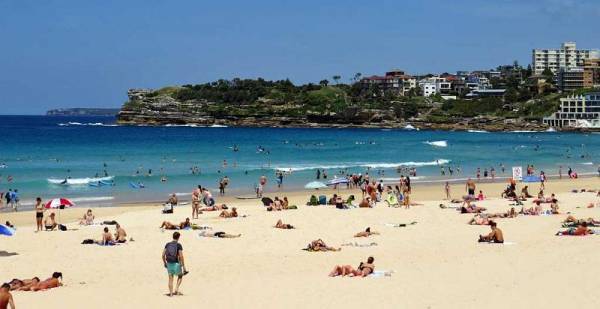 Bondi Beach is one of the most popular tourist stops in Sydney. Spend time at the beach, in the park or at the nearby shops and restaurants. Then walk along the waterfront trail south from Bondi Beach to Bronte Beach. To get to Bondi Beach we recommend the express bendy-bus #333 from Circular Quay in downtown Sydney.

Manly Beach in the suburb of Manly is an easy half hour ferry ride from Circular Quay in downtown Sydney. The ferry service is frequent and the Opal Card works on the ferry. You reach Manly Beach by walking from the ferry landing along the Corso to the beach. Manly Beach is a very popular community with many restaurants and shops along the waterfront. The beach is on the open ocean, outside the bays that shelter Sydney. You will find Manly Sealife Sanctuary in the cove near the ferry landing. 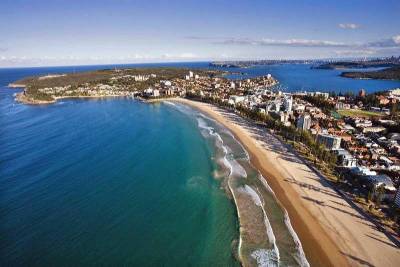 The most popular tourist attraction in the Blue Mountains is Scenic World. At Scenic World try the Skyway, Walkway, Cableway or the Railway. You can see Katoomba Falls and the Three Sisters from Scenic World. To reach Scenic World from Katoomba Station take the 686 bus. Your Sydney Opal Card works on the bus.

Jenolan Caves is another hour west of Katoomba, which is the best cave site in Australia. 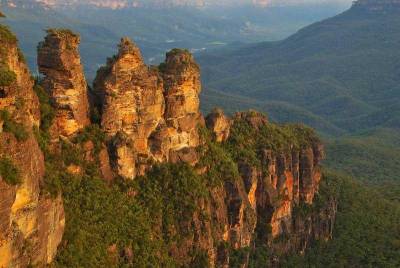 Other Sights near Sydney 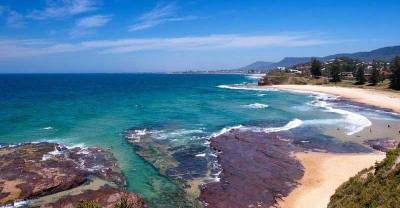 The city of Sydney, Australia is located in the Southern Hemisphere, so its seasons are reversed as compared to Europe or North America. Temperatures in the winter months of May to September average highs of about 19 C (67 F) and lows of 10 C (50 F). The summer months around December average 27 C (80 F) for highs and 18 C (65 F) for lows. Summer months can experience periods of very hot weather and high humidity.

Rainfall is spread fairly evenly throughout the year, but the months of January to June do see slightly higher amounts of precipitation. December is a popular month to visit and spend Christmas at the beach. 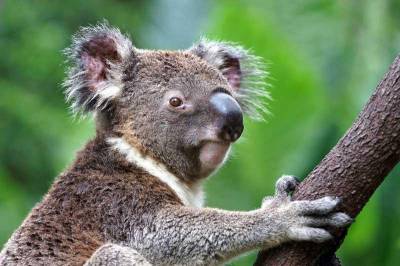 Sydney is the largest city in Australia with a population of about 5 million. Captain Cook sailed into Botany Bay in 1770 and the city was founded in 1778 with the establishment of a penal colony. The city is centered around Port Jackson and Botany Bay in the state of New South Wales. The Blue Mountains are to the west and Royal National Park is south of the city.