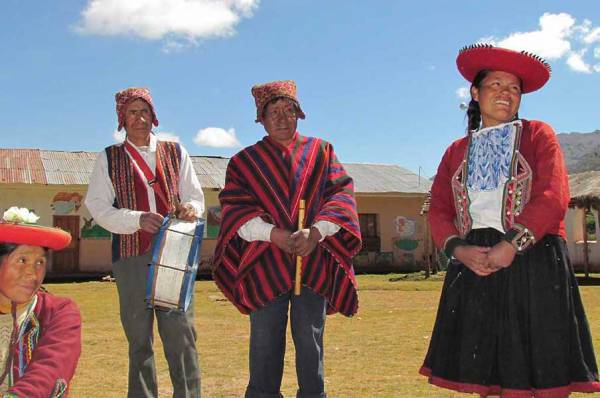 Intrepid Travel took our group on a Chinchero Community Visit at Puray Lake, about 20 miles from Cusco.  Intrepid created this unique experience through their efforts to involve local communities in supplementing their life style through tourism.  They provided the Chinchero Community with training on how to interact with tourists and helped them establish appropriate facilities.  The family group we visited consisted of women and two older men.  The able men in this community continued their traditional roles instead, so we never saw them.  The two older men marched us into their compound to the music of a flute and drum.  One woman did the introductions, because none of the others spoke English.  We learned that the community spoke Quechua and a little Spanish.  They expressed their gratitude for our visit. 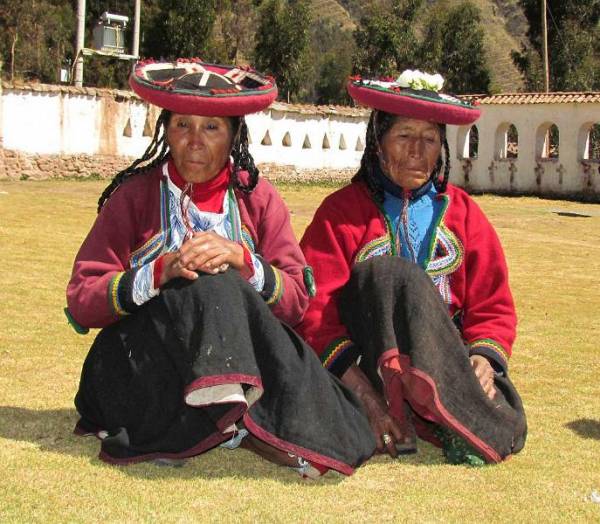 First our Chinchero Community Visit put us to work in the potato fields.  Locals crushed one of the numerous varieties of potatoes with their bare feet, but tourists were encouraged to do so with shoes on.  After crushing, the potatoes are soaked in water for many days until they are ready to eat.  We then participated in a ceremony where we drank chica.  It’s a maize beverage  used to honor the mountains.  Each mountain in the area gets special mention by dipping fingers in the drink and flicking a spray toward each mountain.  They also pour the drink directly on the ground to honor the Pachamama – the Inca god of the Earth.  After this we went through a ceremony to bless the potato harvest, which included burying 3 coca leaves each in a common spot.  Chica was again used to honor the mountains and the earth. 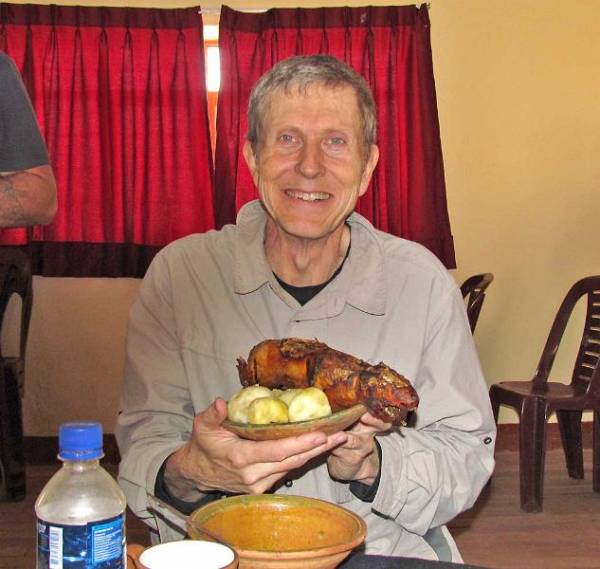 For lunch, delicious local dishes were provided in a setting that resembled a restaurant.  Intrepid had successfully coached the family on how to feed tourists.  We enjoyed potato soup, a main course of potatoes and a single cuy (guinea pig) shared among our group of 11.  After lunch we had a demonstration on spinning and dying thread, following by a demonstration of weaving. Weavers work without any patterns to follow.  The pattern is in the mind of the weaver. 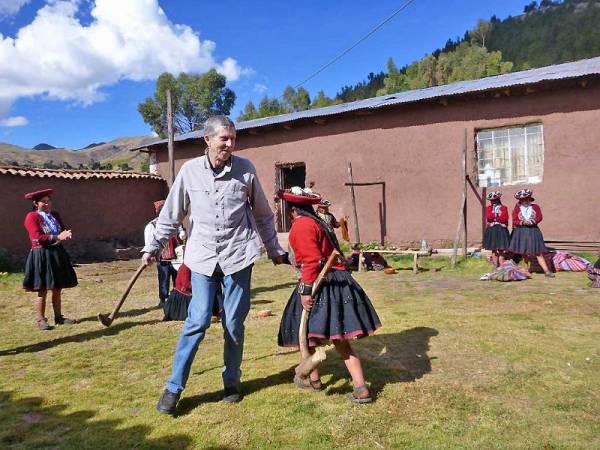 Next we played a game that was a variation on hockey.  One player held a stick with a short hook at the end.  The player used the stick to  maneuver a wooden ball with an edge cut off.  The lopsided ball rolled erratically when struck.  A single opponent tried to prevent the advance of the wooden ball.  The opponent used by a large wooden block on a wooden handle.  It was kind of like a  hockey shoot out.  After the battle, the two players hold hands and dance in a circle.

The experience that day was very rewarding.  We gained insight into life styles, listened to native Quechua language and helped a community prosper.  We also had a lot of fun along the way. Highly recommended.  Well done, Intrepid! 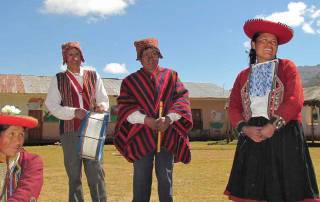 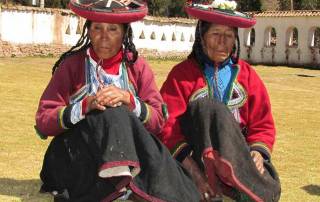 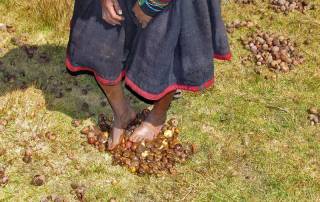 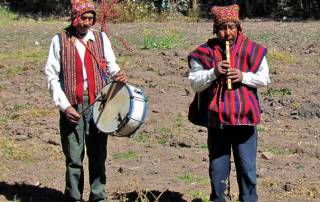 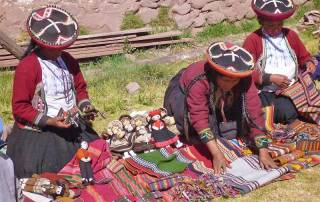 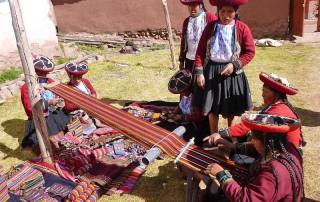 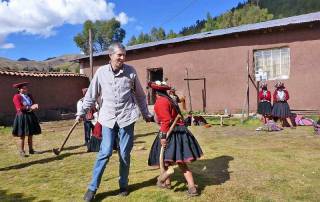 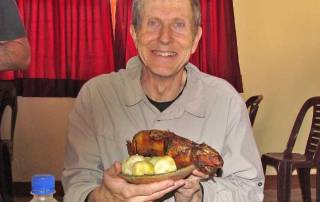 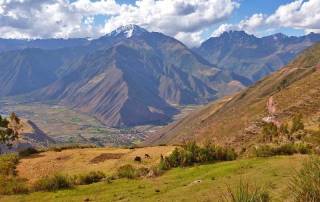 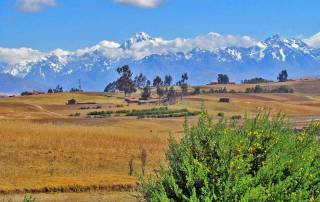