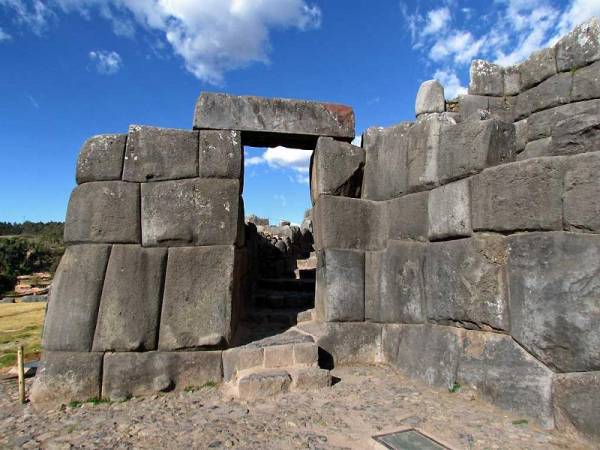 Sacsayhuaman Visit – Getting There

After our Tambopata River Adventure was finished, we returned to Cusco for a couple more nights.  On the first afternoon, I negotiated in Spanish with a cab to take us on a self-guided Sacsayhuaman visit.  It’s called Sexy Woman by tourists.  I don’t think I negotiated too well, as we quickly settled on a price that included visiting the other 3 nearby ruins as well.   It was late afternoon, so our visits to each site were fairly short, but that suited us just fine.  I don’t like waiting for a group and I don’t mind missing out on a little narrative.  A cab is less expensive, faster and more enjoyable than a tour bus to me. 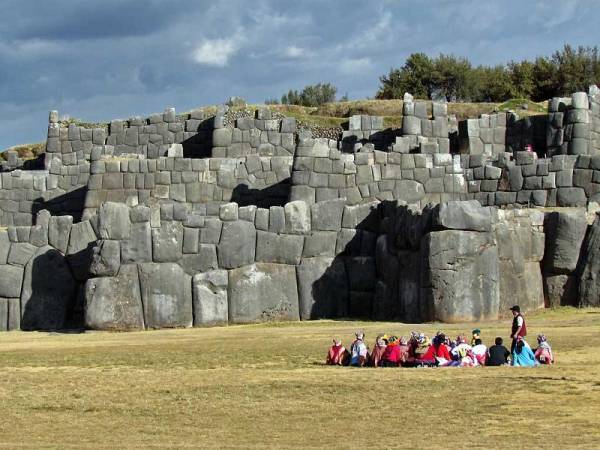 Sacsayhuamán is an impressive Inca fortress built in the 14th and 15th centuries.  The stones are gigantic and they fit together so tightly that you can’t wedge anything into the seams.  The early Spaniards tried to destroy Inca stonework, but much of Sacsayhuamán was indestructible.  You can wander freely among the stonework ruins.  A couple stone cross beams are still in place and you can walk under them.  Also, you can look down to the city of Cusco close by below.  A short walk from the ruins takes you to Cristo Blanco – the White Christ Statue overlooking the city of Cusco too.  Putting a cross on a hillside was a typical practice by early Spaniards.  It diverted the natives from their practice of honoring mountains by substituting the cross instead.

After spending about a half hour at Sacsayhuaman, we returned to our waiting cab.  We then sped off to see the other ruins on the road ringing the hillside above Cusco.  It’s easy to visit these sites as they are all located on the main road.  First we stopped at Qenqo.  This site looks like a pile of rubble.  You wander through the stones and then you enter inside a narrow tunnel pathway inside the mound of rocks.  Very cool! 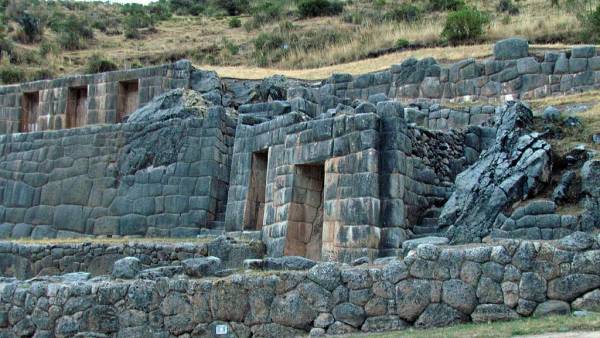 Next we stopped at Puka Pucara.  The sun lit this small site brightly and we only stayed a couple of minutes.  Our last stop was Tambomachay.  The sun was setting as we walked a short distance to these ruins.  This site is very small.  The stones were stained almost blue or purple in the setting sun.  Each of these three sites are very different from each other.

Taking a cab from Cusco is an excellent way to visit Sacsayhuman, Qenqo, Puka Pucara and Tambomachay.  The next morning we set out on a Maras Moray Day Trip. 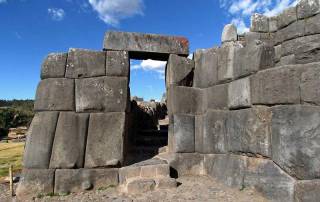 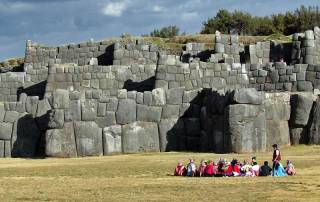 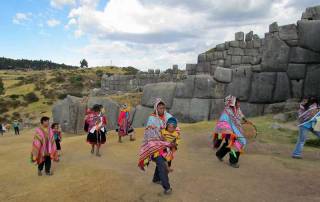 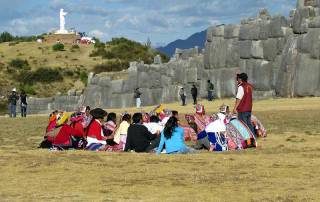 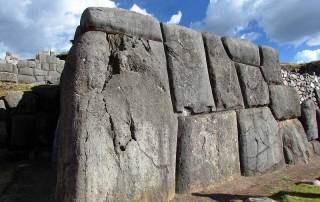 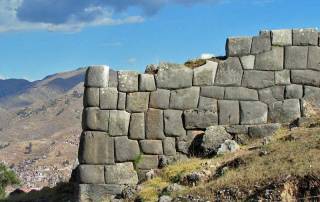 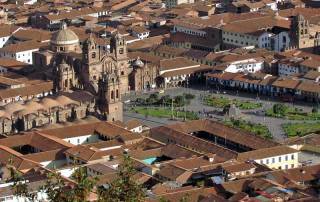 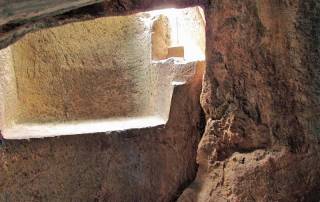 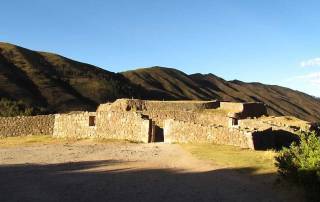 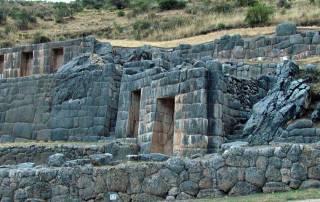