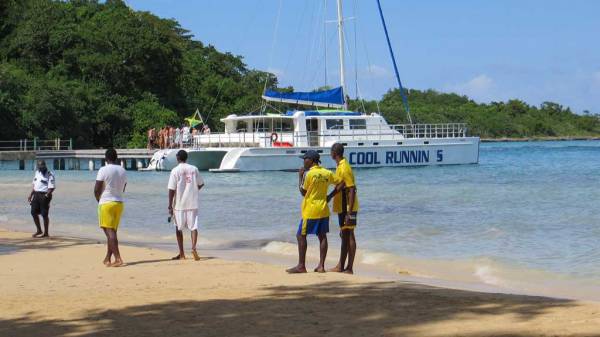 The two main tourist attractions when you visit Jamaica – Ocho Rios are Dunn’s River Falls and Mystic Mountain Bobsled. You can easily combine these on a cruise ship excursion. Read our Ocho Rios Shore Excursion Blog for more details. Other sites to see in Ocho Rios are: 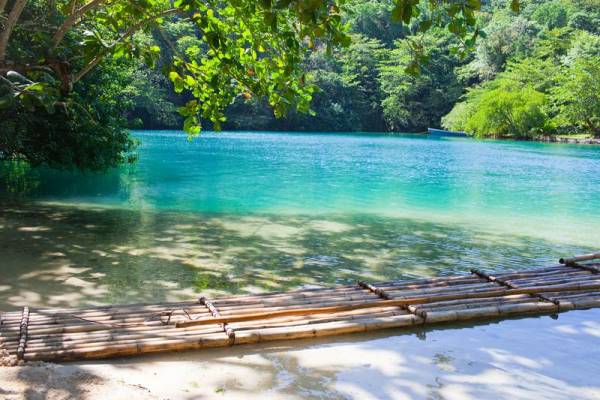 Savor the Tastes of Jamaica 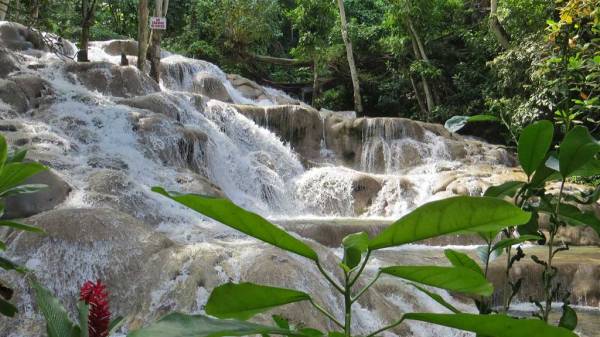 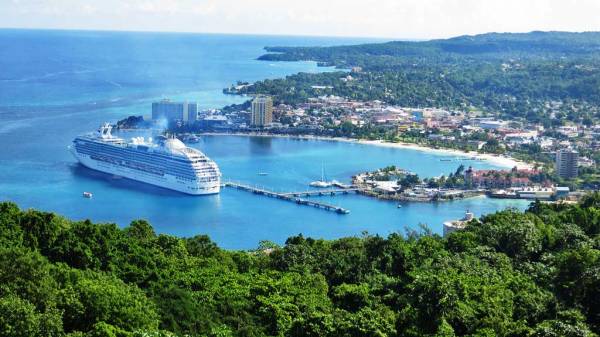 Jamaica experiences typical Caribbean weather. The dry season extends from November to April, while the rest of the year is subject to heavier rainfall. Winter has average highs that are about85 F (30 C) and average lows at comfortable room temperates. Summers are only a couple of degrees warmer than winter. Jamaica is often directly in the path of the Caribbean hurricane season in the fall. The fabulous beaches and warm temperatures are what attract tourists.

Montego Bay is the common entry point by air. The cruise industry makes regular stops to Jamaica at Falmouth and Ocho Rios. Cruises to Jamaica are usually part of Western Caribbean itineraries.

The island of Jamaica is situated south of Cuba, east of the Grand Cayman and west of Haiti. Jamaica is about 230 km (140 mi) east/west and 80 km (50 mi) north/south. The country has a population of just under 3 million with one third of the people living in the capital of Kingston. The Arawak and Taino inhabited the island prior to Christopher Columbus claiming it for Spain in 1494. The British took it over in 165. Jamaica gained its independence in 1962, but remains part of the British Commonwealth. Today Jamaica is best known for reggae and Bob Marley. It also has been high profile at the Olympics with its abundance of short distance runners, such as Usain Bolt.