Mindo Cloud Forest – Where and Why

Mindo is located about an hour and a half north north-west of Quito on the road to the coast in the Mindo Forest Reserve.  The town is about half the elevation of Quito and has transitioned to a tropical rainforest at this point.  The Mindo area is known for its hummingbirds.

Mindo Cloud Forest – Getting There 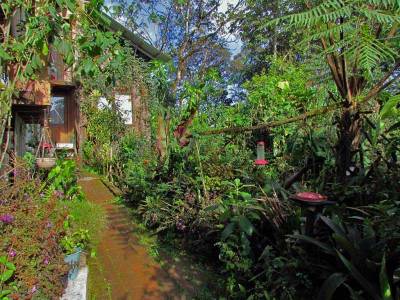 Access to Mindo by cab is fairly expensive.  When I was there, one way charges from Quito were from $50 – $80.  I chose not to try the local buses even though they would have cost under $5.  The transfers were too tricky for me.  Some people take a cab to Mindo and on return, take a local bus to the city limits of Quito.  Then they catch a cab from there.  I negotiated with a cab at the Hilton Colon for $50 there and $50 to come back and pick us up for our return.  The road was in excellent condition.  It has many sharp turns as it descends from 9,300 feet in Quito to 4,800 feet in Mindo.  We stopped at La Mitad del Mundo and nearby Museo de Sitio Intinan along the way.  Our lodging at Mindo Lindo was on the main road above the town of Mindo. 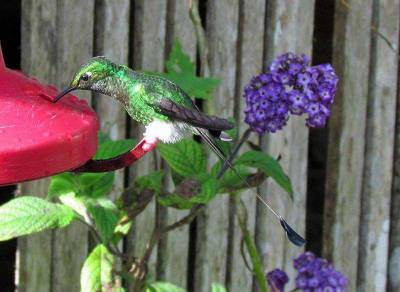 Mindo Lindo was a perfect spot for us. The owners are Pedro and Dr. Heike Brieschke.  They run a family business that involves sharing their home and home-made meals for a uniquely peaceful experience.  We were the only guests for our stay.  We had a lovely cabin beside the main house.  Hummingbird feeders are placed in several locations at the back of the house, which is right up against the cloud forest.  Hummingbirds feed all day long.  The varieties of birds were amazing.  Many different species would feed together.  Some would drive off others, even though there was room for several to feed.  At times one species would monopolize a feed.  You would see three white-booted racket-tails feeding.  A few minutes later, the same feeder would host three Violet Tailed Sylphs. 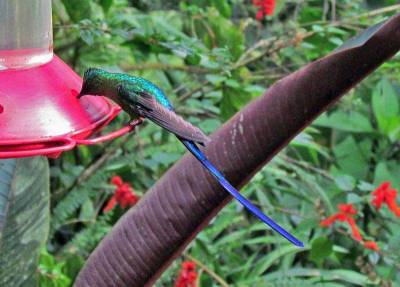 We spent hours watching the hummingbirds.  We also wandered the trails and climbed up a wooden observation tower on the property.   The family dog adopted us.  This scraggly fellow was endearing.  He wandered the trails with us and waited patiently and quietly for our return whenever we went into our cabin.  Later Heike explained that there was little hope of seeing anything on the trails if the dog tagged along, but we preferred his company. 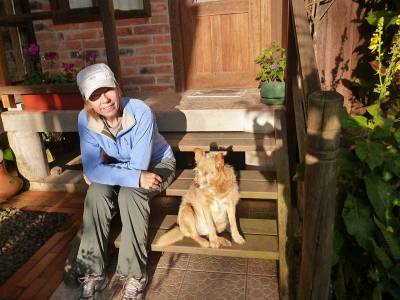 Dinner was a special experience for the two of us.  Heike was away.  Pedro made veggie pasta served with a block of cheese and bread.  I think the meal reflected Heike’s German background.  A worker joined Pedro and us for dinner.  He spoke only Spanish and a bit of German.  My wife seized on the opportunity to sing a song she learned in her youth – “Auf Dem Berge da wehet der Wind.”  It was very funny, because I didn’t know that she knew any German.  Pedro and the worker were almost as surprised as I was.  It was so pleasant to share a traditional German song and a meal between two Canadians and two Ecuadorians. 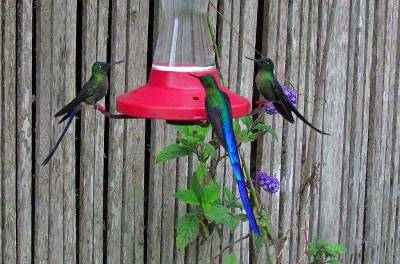 ViiThat night in our cabin, we felt like we were all alone in the Mindo Cloud Forest.  We had electricity, but there was no television and no internet.  We read books and listened to the buzz of insects and the night sounds of the Mindo Cloud Forest.  This experience is one from the days before the invention of TV and computers.  Our stay in Mindo Lindo was truly a nature experience away from civilization.  Everyone should try it sometime and skip out on the typical tourist attractions.  It makes life more special. 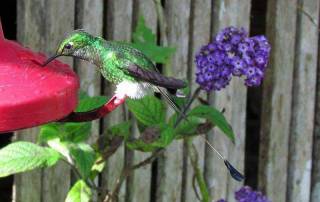 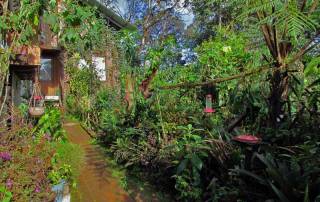 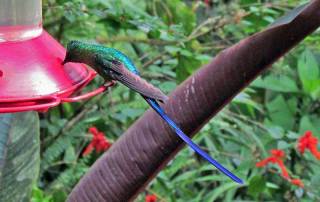 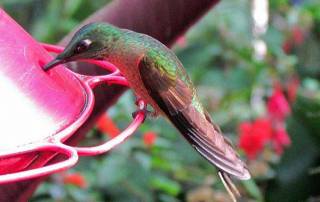 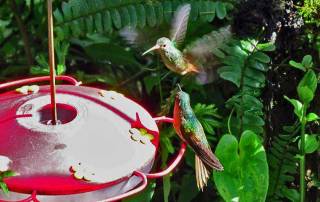 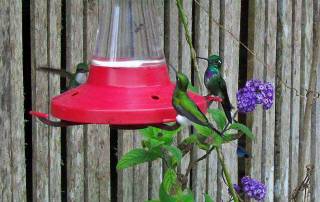 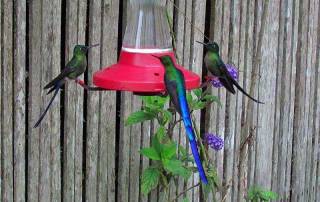 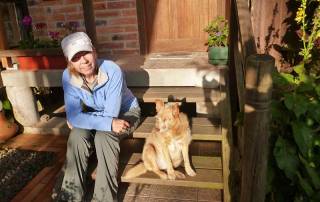 Route from Quito to Mindo