On a Swiss vacation from Canada, we chose to make a London Layover at Gatwick Airport. Taking a Canadian airline was annoying because in August 2022, they still required passengers to be fully vaccinated and wear face masks for the entire 9 hour flight. By contrast, Switzerland didn’t even require passengers to be vaccinated for their flights. The covid pandemic was over in Europe. 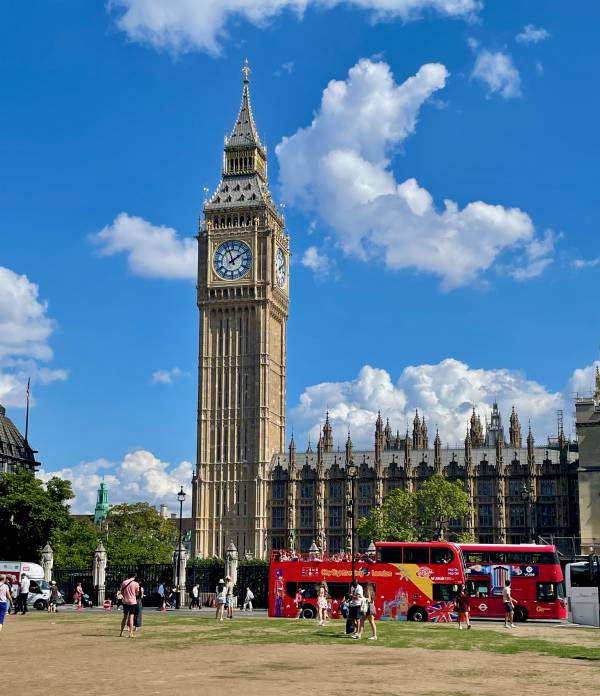 We arrived at Gatwick around 11am for our London Layover. Gatwick is a very confusing airport. A shuttle runs regularly between the north and south terminals. The Gatwick Express departs out of the south terminal and our room at the Bloc Hotel was in the south terminal too. With multiple levels in the south terminal, Google maps isn’t much help to find things because you can’t tell what level the store, hotel or restaurant you are looking for is on. Even on our second day, we had trouble finding our hotel and the grocery store when returning from London. 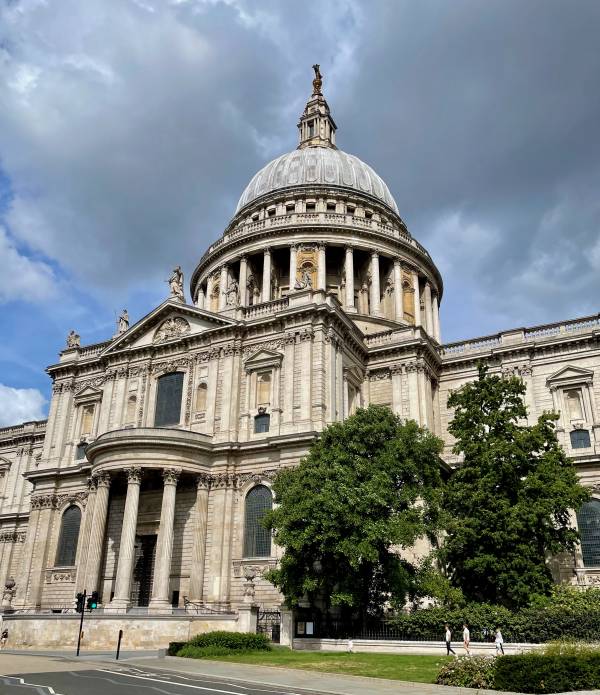 After arranging early check in, we headed straight to Westminster Abbey on our London Layover. The Gatwick Express was somewhat expensive, but also quick and efficient. Lots of attendants help you buy tickets and find the right track to take. The Gatwick Express takes you non-stop to Victoria Station in London. From there it’s easy to get around London on the “tube”, as you can simply tap on and tap off with any credit card. Super easy and very inexpensive too. 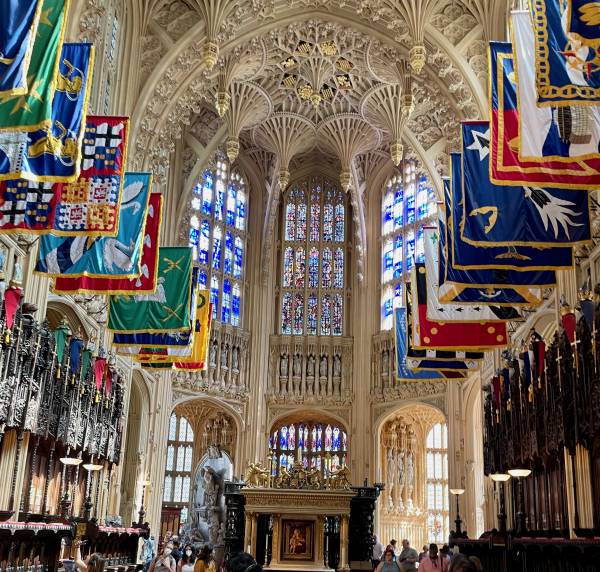 From Victoria Station we took a short ride on the tube to Westminster Abbey. I found the entire experience at the Abbey a bit bizarre. Monuments, statues, burial coffins and grave markers mixed with tributes to famous people as well. You could see the crypt of Mary Queen of Scotts, tributes to Sir Isaac Newton and Captain Cook, grave stones for Steven Hawking, Charles Darwin and a host of well known authors and poets. The striking aspect was the large number of “famous” people who the world no longer remembers at all. This created a realization that everyone honored and buried in Westminster Abbey will eventually be forgotten. Westminster Abbey was a sobering reminder to spend your remaining time living in the present with family and friends instead.

After our time at Westminster Abbey, we walked through Parliament Square Garden and glanced at Big Ben from the Thames. Then we took the subway back to Victoria Station where we walked to Buckingham Palace. 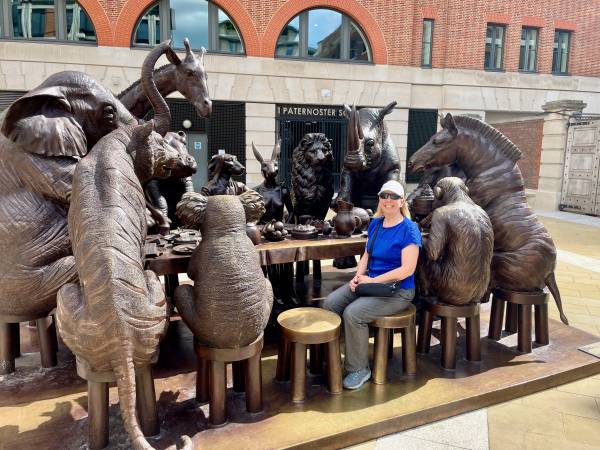 The next morning, we rode the Gatwick Express to London Station again for a full day trip. This time we rode the tube to St Paul’s. After wandering the perimeter, we headed the wrong direction toward the Millennium Bridge, which caused us to stumble upon the Wild Table of Love in Paternoster Square. This was an amazing sculpture that I’d never heard of. We also unexpectedly ended up at the entrance to the Guild Church of St Mary Aldermary, where church goers were entering by ducking underneath a banner held by the priests. 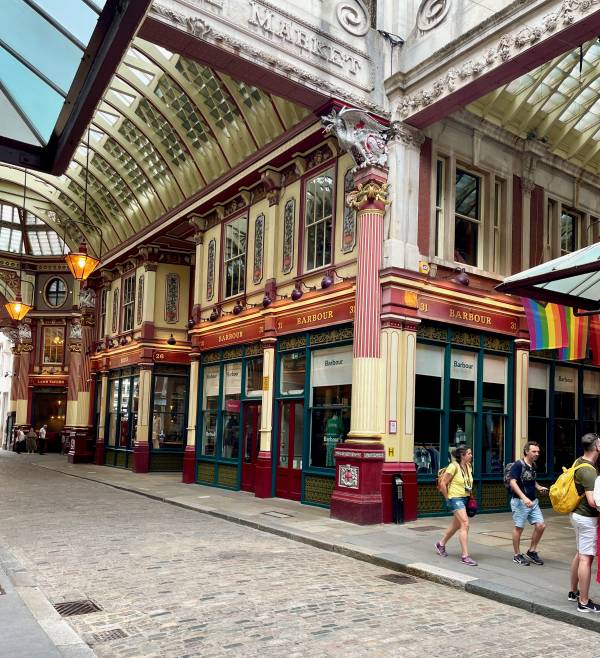 Eventually we found our way to the Millennium Bridge. The bridge was very popular, but the light wasn’t good for viewing the city. So we next walked to Sky Garden, which was ironically closed for maintenance. A few steps away, we wandered through Leadenhall Market, where all the shops were closed for Sunday. A small tour group was standing in front of the shop used as the location for Diagon Alley, where Harry Potter bought his first wand. 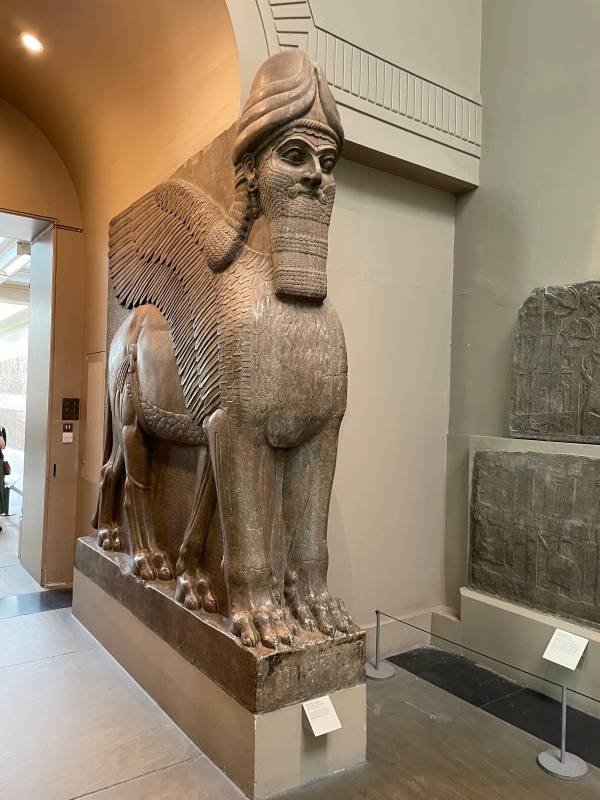 From Leadenhall Market we caught the subway to the British Museum. The crowds weren’t too bad. We enjoyed seeing the Rosetta Stone, the Parthenon sculptures taken from Greece and the impressive Assyrian Lions. I especially enjoyed all the Assyrian reliefs and cuneiform writing. After lunch at the museum we set out on the long walk back to Victoria Station 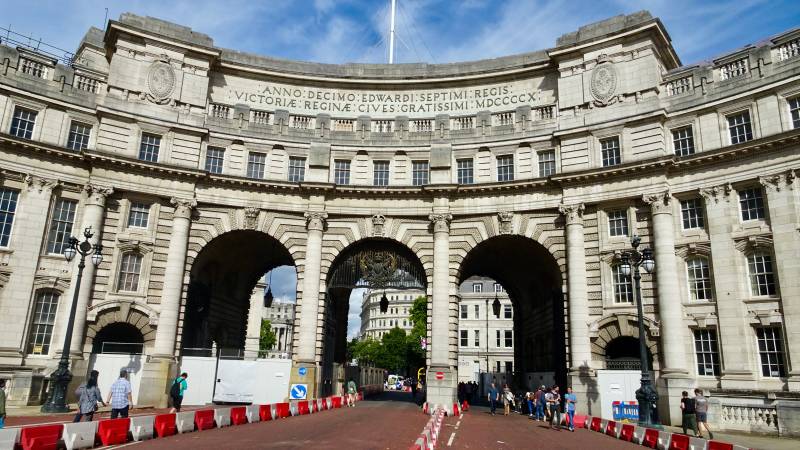 Our walk back to Victoria Station started by wandering through the unique shops along Neal’s Yard to Covent Garden. This area was extremely buzzy with London locals buying meals and treats at a myriad of small food stalls. Entertainers performed throughout the crowds with an atmosphere similar to that which would have inspired the writings of Charles Dickens. After Covent Garden, we wandered through Trafalgar Square and through the Admiralty Arch to the Mall.

At the Mall, we could see Buckingham Palace in the distance. It looked too far away, so we turned down Horse Guards Road instead, passing Horse Guards Parade and the Churchill War Rooms. Less than two weeks later, we’d be watching the Queen’s Funeral Procession turn off the Mall to Horse Guards Parade, so our visit made the procession feel more intimate through our understanding of the route.

From there it was back to Gatwick on the Gatwick Express and off to Zurich the next morning. 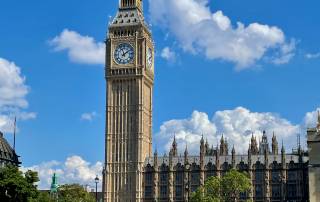 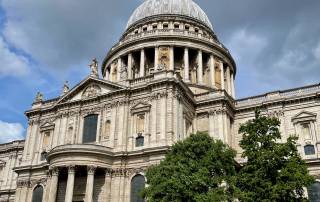 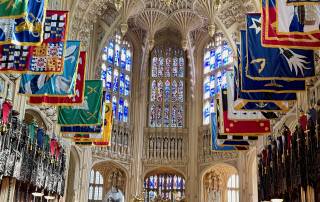 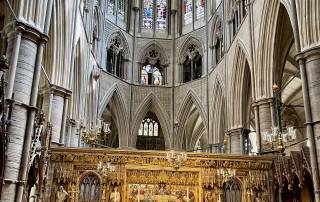 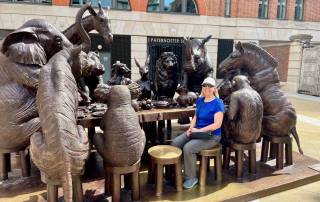 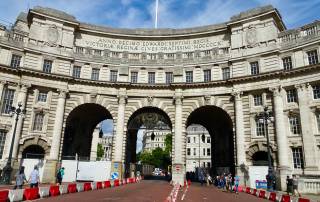 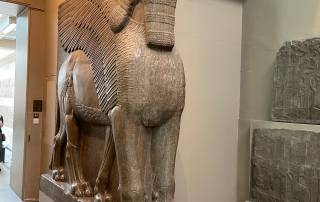 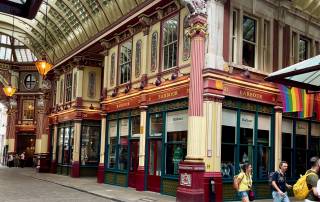