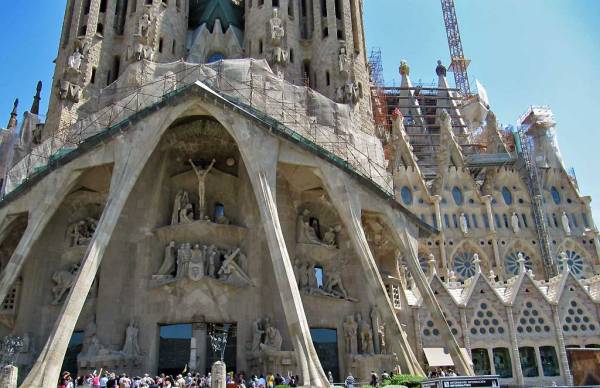 Day 10 was a repositioning from our Madrid Tour to the Barcelona Tour on a high speed train.  The speedometer in the train car reached 300 km/hr, which is 186 miles/hr.  In Barcelona, the centrally located Ayre Hotel Caspe was our home base.

As usual, I started my own personal tour of Barcelona on arrival.  I walked to the Arco de Triunfo and wandered the narrow street around the Picasso Museum, the Basilica de Santa Maria del Mar and the Barcelona Cathedral.  Next I walked to the harbor, where I saw the Monument to Columbus.  On the pedestrian only street called la Rambla, I enjoyed seeing the variety of restaurants and shops. 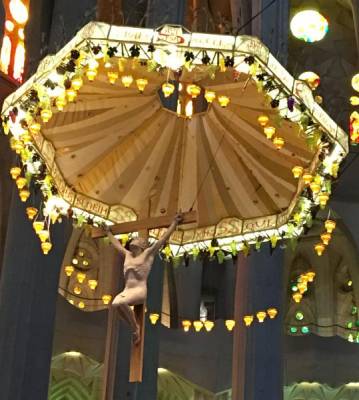 On Day 11 the Gate 1 Barcelona Tour had three stops.  The first stop was the interior of the Basilica de Santa Maria del Mar.  The second stop provided views over the city and harbor from Montjuïc.  For  the final stop, we walked around the exterior of Sagrada Familia.  I also pre-booked Sagrada Familia tickets online to view the interior.  The church is so busy that you can’t get inside without booking in advance. 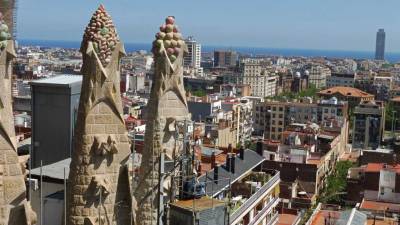 The Sagrada Familia church is the number one attraction for visitors to Spain, but I thought it was over-rated.  I’m clearing in a lonely minority with that opinion.  Spaniards love the works of Gaudi and his signature endeavor.  I found it all to be a little to bizarre in colors and designs.  For example, the sculpture of Christ looks like he is paragliding through the church. 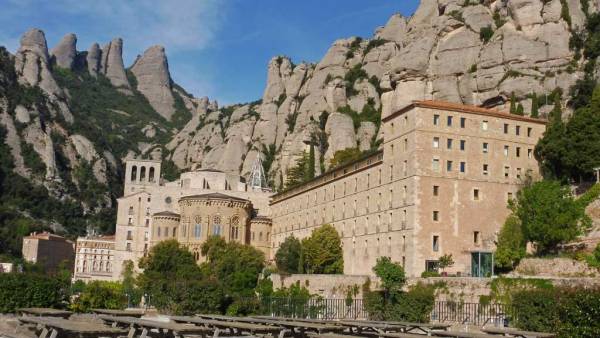 On Day 12 we opted for the morning excursion to the Benedictine abbey at the Basilica of Montserrat, which is about an hour from Barcelona. The abbey sits nestled high up on a mountain of interestingly shaped sedimentary rocks.  The name Montserrat means serrated.

High above the altar of the abbey, a sculpture of the Virgin of Montserrat overlooks the church.  Candle smoke has stained the virgin’s face to black over the centuries, so it is also known as the Black Madonna.  A set of stairs provides access to the virgin.  Tourists and pilgrims come to Montserrat to touch or kiss the hand of the statue. 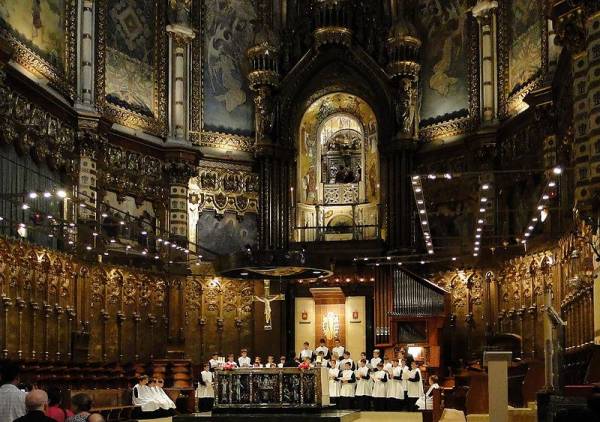 While we were there, we were able to attend the Benedictine church service.  The service was conducted by the monks.  Their singing of the scriptures was inspiring in its beauty.

In addition to access on pavement, a cable car also runs from the valley floor to Montserrat.  From there, a funicular can also take you high above the abbey.  Many trails are available to hike among the oddly shaped peaks and domes. 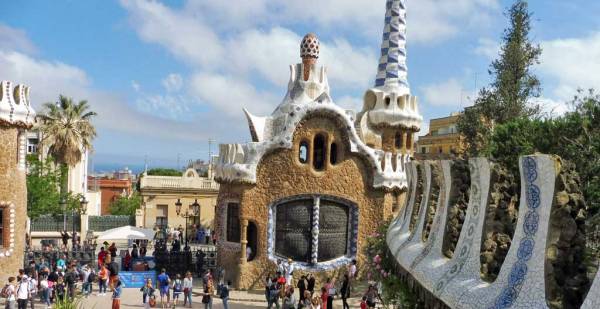 After we returned to Barcelona, I also squeezed in a trip to Park Güell.  I took a metered cab.  The park is designed by Gaudi, but is not as strange as Sagrada Familia.  The design might fit in with Disneyland.  Although I’m glad I took the side trip to Park Güell, it’s not on my recommended list of things to see in Barcelona.

We ended our Gate 1 Travel tour of Portugal and Spain that evening with a group dinner.  We flew out early the next morning. 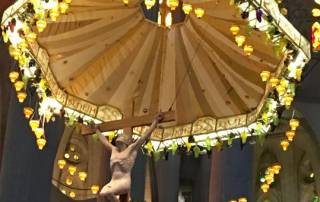 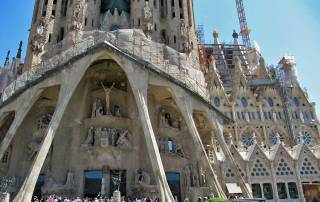 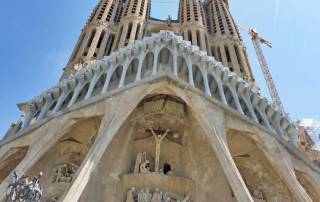 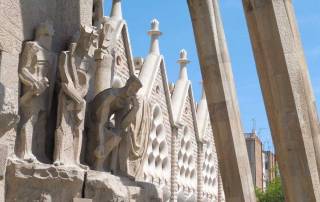 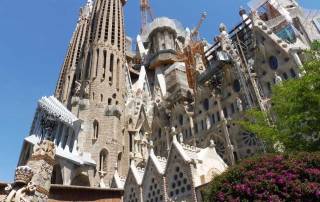 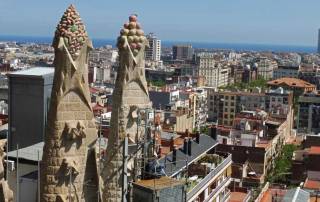 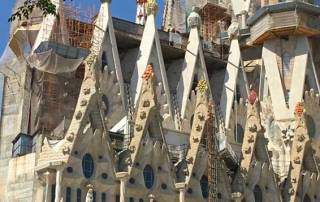 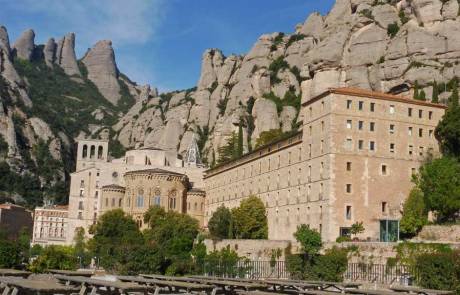 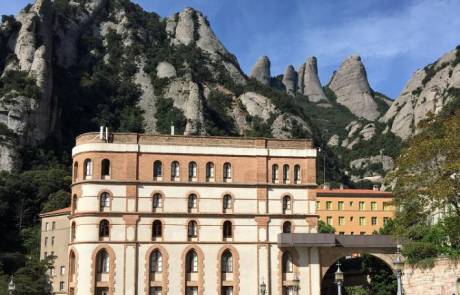 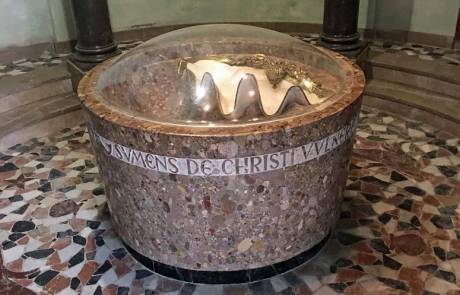 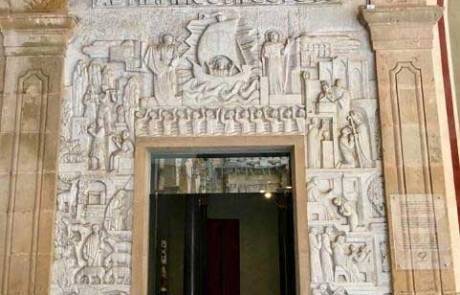 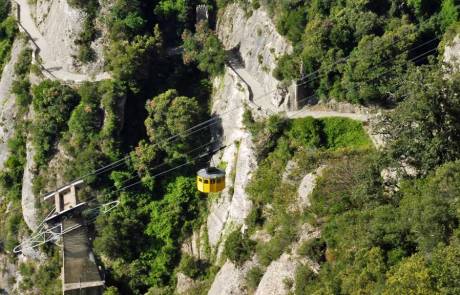 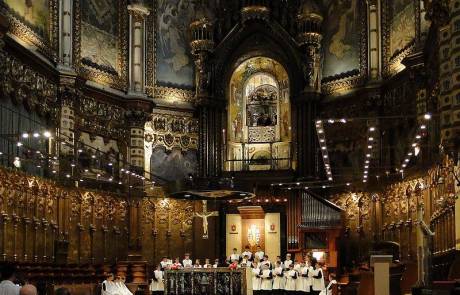 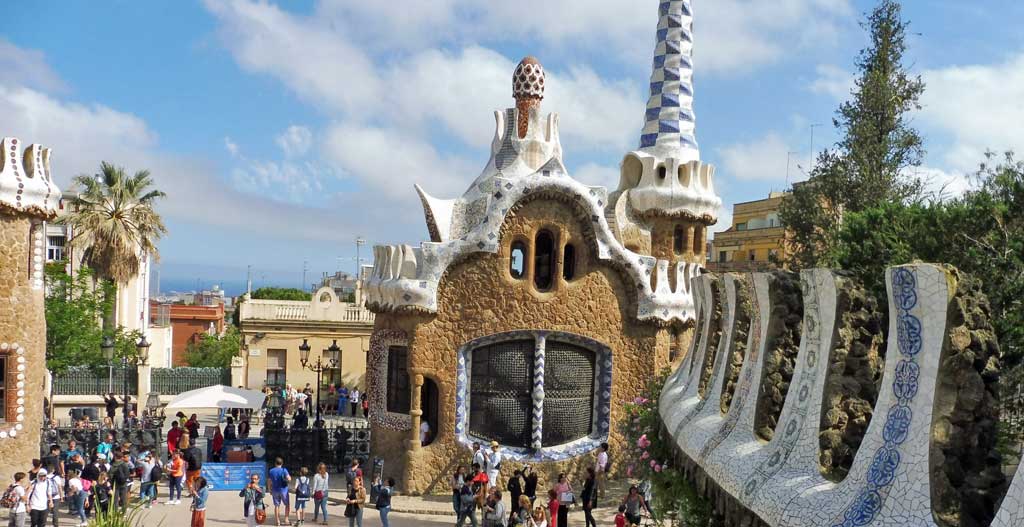 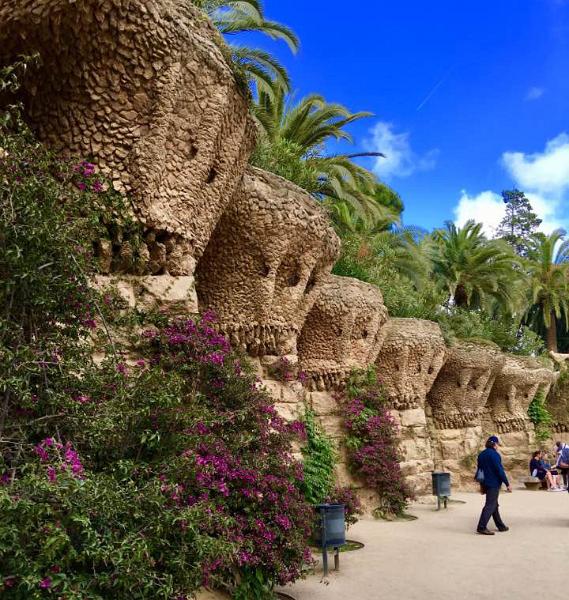 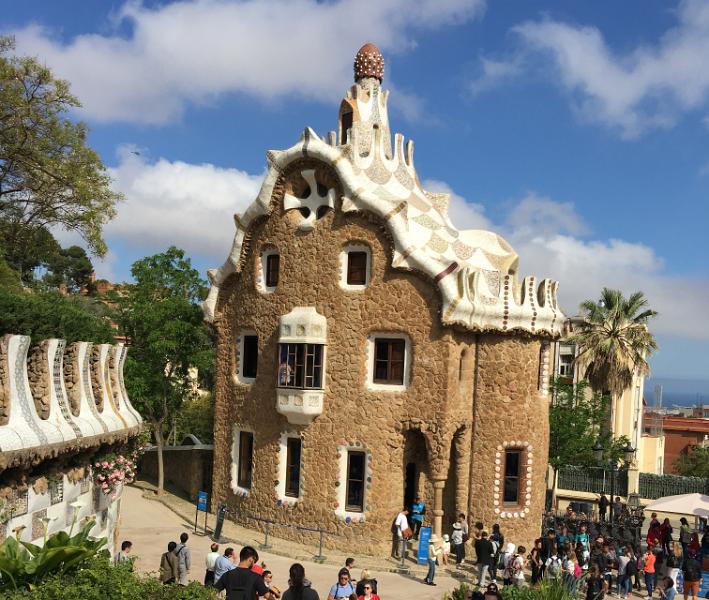 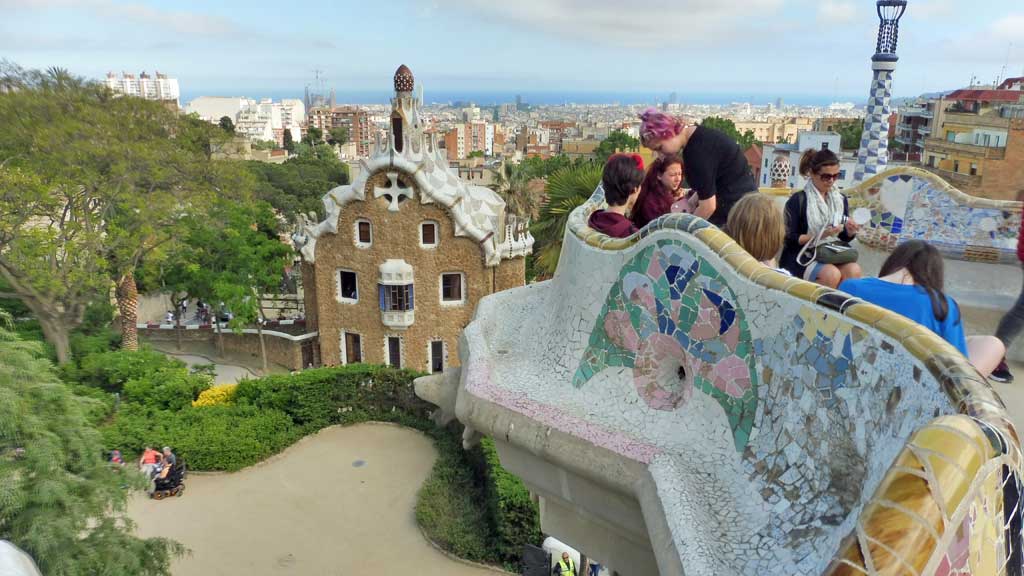 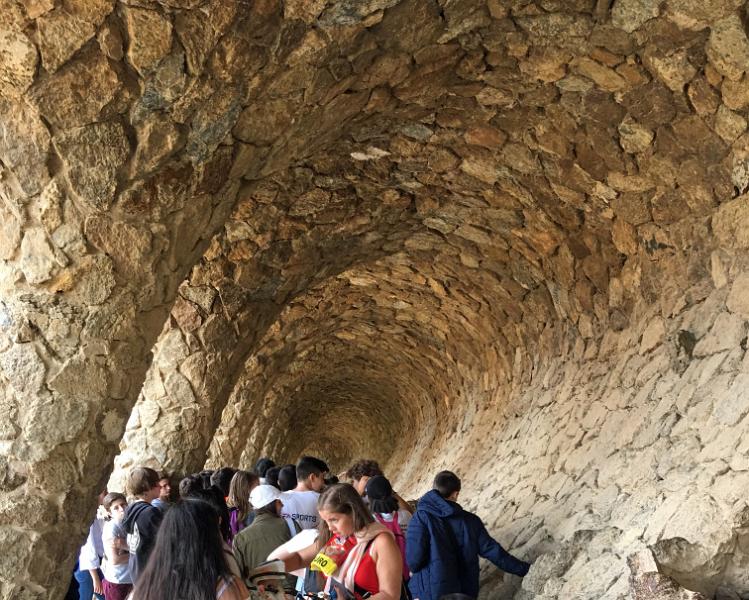