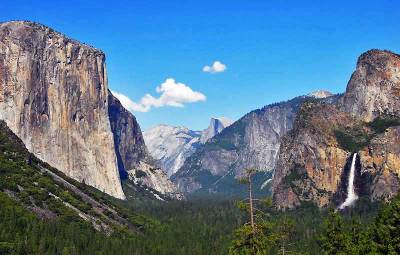 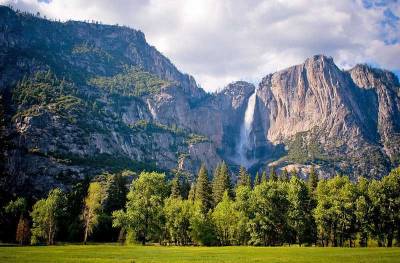 View the imposing granite surface of El Capitan from the meadows near Yosemite Village. You can easily spot climbers from the Valley floor as they climb its 3,000 foot vertical face. Watch them transverse the King Swing by using their ropes as a pendulum to latch on to the next section of the Nose on their way to the top. 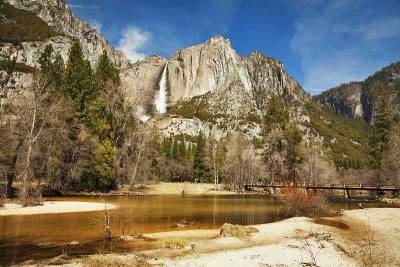 Climbing teams take 3 to 5 days to go up the face of El Capitan on a one way trip to the top. At night they seek ledges to bivouac upon. The climbers harness in to their sleeping bags for the night. Free solo climbers, without ropes, can cover the entire route in under 3 hours. Check out videos of Alex Honnold to see his amazing free solo climbs in Yosemite. 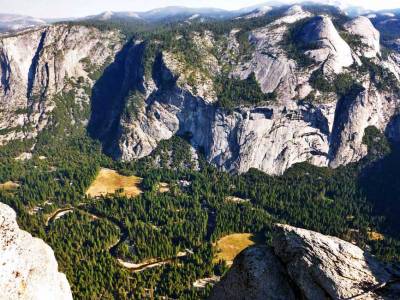 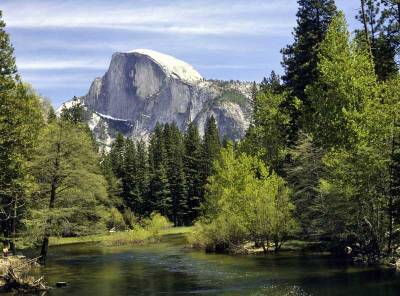 You can climb Half Dome on a 12 hour Yosemite hike from the Yosemite Valley floor. Half Dome is a granite mountain that appears to be sheared in half. A permit is required to ascend. Be prepared for lots of people on the one hour steep section, where two steel cables are used to climb to the top.

For a shorter hike on this trail, stop at Vernal Falls or Nevada Falls. The trail follows the Merced River. The Vernal Falls hike is 3 hours round trip. Nevada Falls is a 6 hour hike. Together they form the Giant Staircase. Start any of these three Yosemite hikes at Yosemite Village. All three hikes follow the same trail. 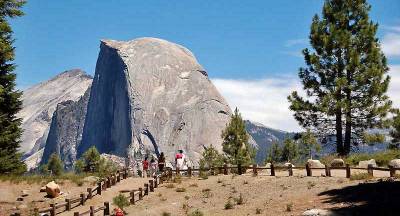 Half Dome from Glacier Point, © Can Stock / cannikon 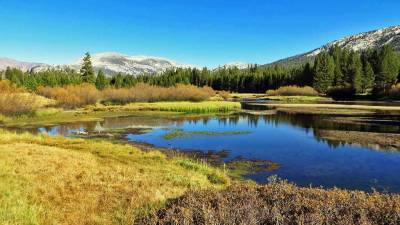 Drive the Tioga Road on Highway 120 through Tuolumne Meadows, over the 9,943 foot summit at Tioga Pass. Then descend to Mono Lake in the state of Nevada. The Pass is open from June to October, depending on snowfall. Stop at the Tuolumne Meadows Lodge, the Wilderness Center or Tioga Pass Resort along the way. 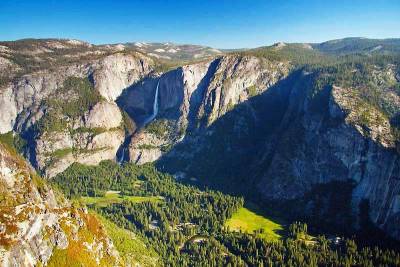 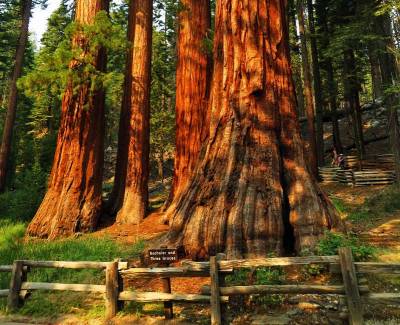 The Mariposa Grove of sequoia trees is one hour south of the Yosemite Village, near the park’s South Entrance. You can reach Mariposa Grove by car between May and October, depending on snowfall. Tours can also be arranged from Yosemite Valley. Stop about 15 minutes south of the grove for a meal at Tenaya Lodge or spend the night.

There are no major airports near Yosemite. Take a 3.5 hour drive from San Francisco International Airport to get to Yosemite National Park. 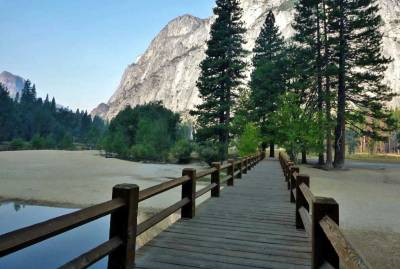 The Yosemite weather in summer makes it the most popular time to visit Yosemite. Summer temperatures are hot and there is little rainfall. May and June are excellent for viewing waterfalls due to spring runoff. November to April has heavy snowfall and road closures, but Yosemite Valley is open all year to vehicles. Most people visit the park from June through September. 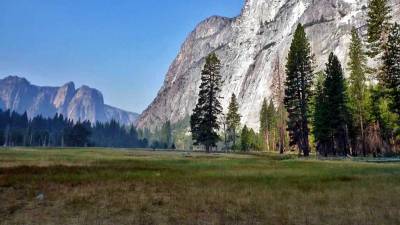 Yosemite National Park is one of the most popular parks in the United States. The park is in the Sierra Nevada Mountains above the central valley of California. Yosemite became a World Heritage site in 1984. The park is roughly the size of Rhode Island, but the main visitor area is about 7 square miles in the Yosemite Valley. The large granite mountains have been shaped by ice age glaciers into magnificent peaks, valleys and waterfalls. The park first became popular because of photography by Ansel Adams.