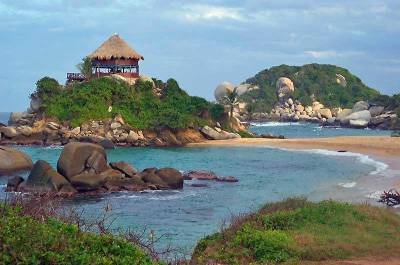 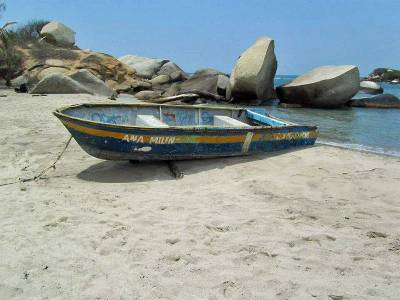 Santa Marta’s weather is similar to Cartagena with hot, humid temperatures drawing tourists to the beaches for the winter. The height of the tourist season is at Christmas and Easter. The Santa Marta Mountains can experience snowfall at higher elevations, but this does not impact Santa Marta. The mountains offer excellent protection from hurricanes. 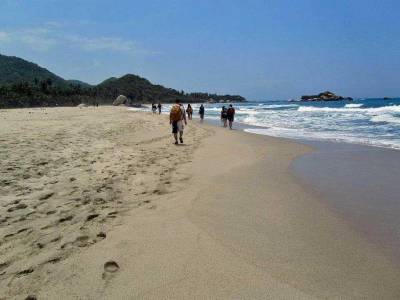 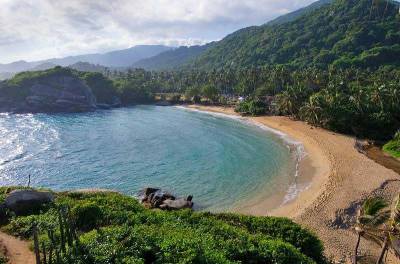 Tayrona National Park – less than an hour north of Santa Marta.  Lovely beaches, rainforest and archaeology. This is the most popular tourist destination for those who travel to Santa Marta. It includes the Quebrada Valencia waterfall. 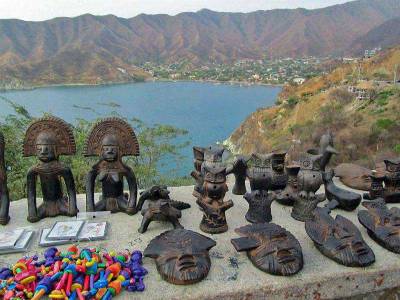 Taganga – a fishing village just 10 minutes outside of Santa Marta to the north.

The Mamancana Natural Reserve – paragliding, rock climbing, biking and ziplining. Catch a tour from the pier in Santa Marta.

Rodadero – another popular beach area near Santa Marta.  It includes the Rodadero Sea Aquarium and Museum.

Take a 5 day hike to La Ciudad Perdida – a Tayrona ruin discovered in the 1970s. Not for the typical tourist. 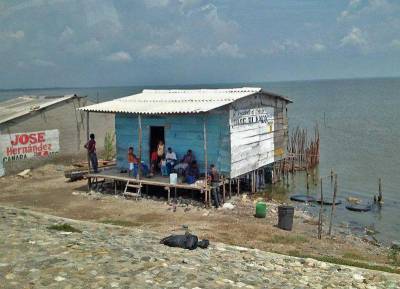 Santa Marta is located about 2.5 hours northeast of Cartagena on the Caribbean at the foot of the Santa Marta Mountains. This city was founded by the Spanish in 1525 as a port to ship gold to Spain. It has a population of about 1 million in its urban area. Simon Bolivar died on his estate here in 1830. The region was originally inhabited by the Tayrona.

Santa Marta has a small airport, Simon Bolivar Airport (SMR), located about a half hour out of town, but the main access for tourists is by bus from Cartagena. Santa Marta is about 4 hours from Cartagena. You will need a cab to get from the bus depot to the main tourist area downtown. Make sure to negotiate cab fare in advance. Many people visit Santa Marta as part of a multi-day organized tour from Cartagena. These tours also visit Tayrona National Park.