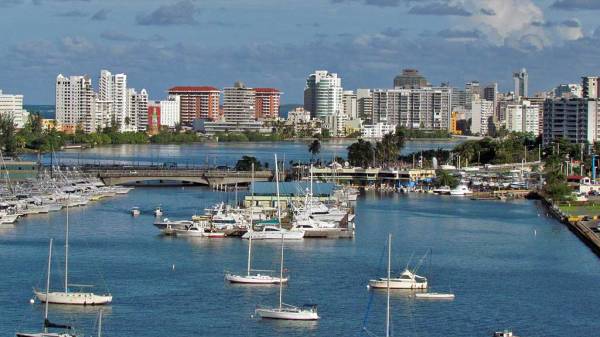 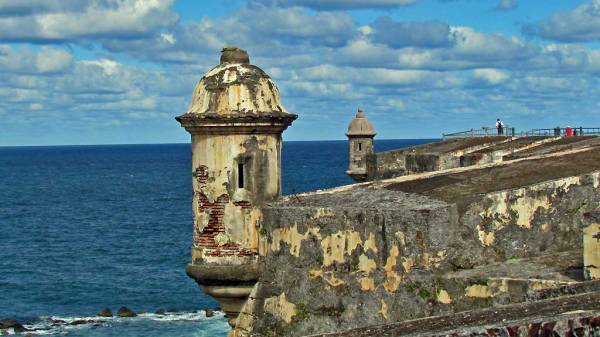 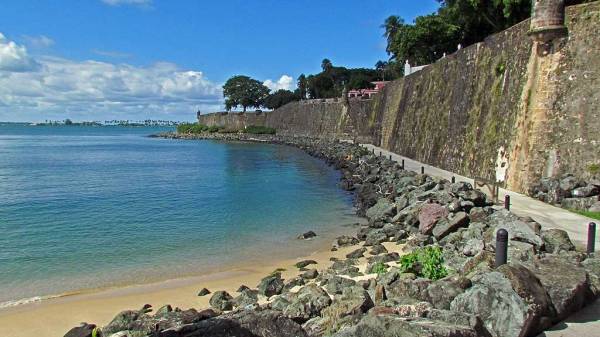 San Juan is the capital and cruise port for Puerto Rico. Taxis in San Juan have standardized pricing from Luis Munoz Marin International Airport to the cruise ship terminal. Vans are commonly used. From the airport to the cruise ship terminal it’s a flat fee for the van. Share with others and it’s very inexpensive. Even if you are only a party of two, it’s still cheaper than a cruise ship transfer. Plus, you don’t have to wait for anyone else to arrive before your departure.

Columbus claimed Puerto Rico for Spain on his second voyage to the Americas in 1493. It was inhabited at that time by the Tainos. In Spanish Puerto Rico is known as Estado Libre Asociado de Puerto Rico – the free state of Puerto Rico. Puerto Rico is one of the larger islands in the Caribbean, but one of the smaller islands in the Greater Antilles. It is 110 miles east/west and 40 miles north/south. The Dominican Republic is to its west and the Virgin Islands are to the east. The two forts in Old San Juan were built by the Spanish and successfully held out the British and the Dutch. In 1898 Spain ceded Puerto Rico to the United States as part of the treaty after the Spanish-American war. Puerto Rico has a permanent population of about 3.8 million.