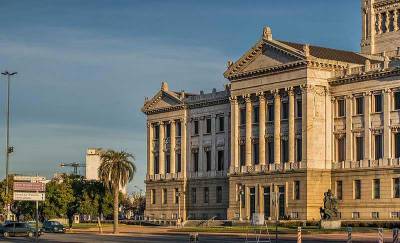 Old Town (Ciudad Vieja) is by the port. It has most of the tourist attractions for your Visit Montevideo vacation.  The old town can be covered in a half day walk. Start at the Port Market (Mercado del Puerto) for traditional foods and historic culture. Beside the market is the Carnaval Museum (Museo del Carnaval). Next, walk 2 blocks to the Pre Comumbian and Native American Art Museum. Then, walk 2 blocks to Palacio Taranco at Plaza Zabala and then 3 blocks east to Plaza Constitucion also known as Plaza Matriz.

After that, take the route along Sarandi Avenue. It is home to the Metropolitan Cathedral (Catedral Metropolitana), City Hall (el Cabildo) and the Andes Museum (Museo Andes). Around the corner is the Natural History Museum – it’s free. Next it’s two more blocks, skirting the Diversity Monument, past the Torres Garcia Museum and through the Ciudadela gate to Independence Plaza. 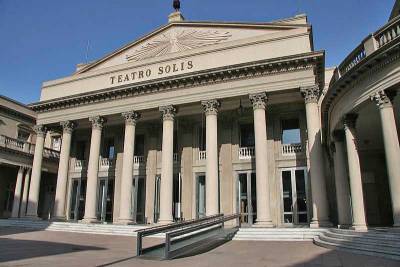 Independence Plaza (Plaza Independencia) contains many buildings from the colonial period for Montevideo. Palacio Salvo faces the square and was once the tallest building in Uruguay. The statue of General Artigas on horseback occupies the center of the plaza. His Mausoleum (Mausoleo de Artigas) can be entered below it. Artigas is known as the father of Uruguay. Also on the square are Estevez Palace and the Executive Tower (Torre Ejecutiva), which are both used by the President of Uruguay. In a corner of the square is the Solis Theater (Teatro Solis).

Take a taxi cab ride along las Ramblas. This is a the series of waterfront avenues along the coastline of Montevideo surrounding the Old Town. Take a sunset stroll there too. On your Las Ramblas cab ride, visit the African section of Montevideo called Barrio Sur. Another great choice for a cab ride is to drive through the elegant districts of Punta Gorda and also through Carrasco on the way to the airport.

Savor the Tastes of Montevideo 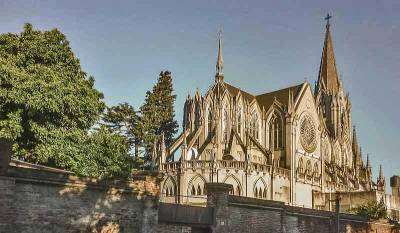 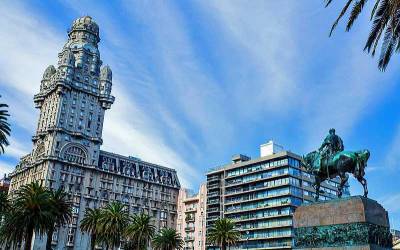 Get to Montevideo through Carrasco International Airport, which is about 15 minutes east of town. Take a bus from the airport to Terminal Tres Cruces near the Old Town and the hotel area.  You can also take a high speed ferry from Buenos Aires via Buquebus. ColoniaExpress runs from Buenos Aires to Colonia and it’s then a 2.5 hour bus ride from there to Montevideo. It’s also just over two hours by bus to reach Montevideo from Punta del Este. 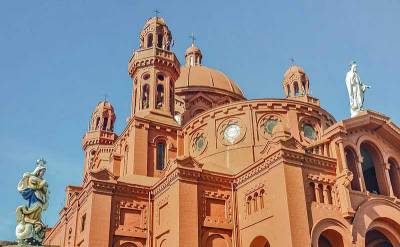 Uruguay is in the southern hemisphere, so seasons are reversed from North America. The Atlantic Ocean and the Rio de la Plata river moderate the Montevideo weather. The most popular time to visit is the summer months around January and February. Temperatures then are warm during the day and pleasant at night. Expect average highs in January and February of 82 F (28 C) and average lows of 64 F (18 C). These temperatures are a relief from the climate closer to the equator and draw summer crowds to Uruguay and its coastline.  During the winter months of June and July expect average highs of 59 F (15 C) and average lows of 46 F (8 C). Precipitation is light and fairly consistent each month throughout the year.

Montevideo was founded in 1724 by the Spanish during disputes with the Portuguese over the region. There were also disputes with the British and Brazil for control of the city after that. Today the city has an urban population of around 2 million and is known for its quality of life. It is the capital and largest city in Uruguay. Montevideo occupies a coastal region of Uruguay on the Rio Plata River, which is more like a gigantic bay of the Atlantic Ocean at this point. Colonia is to its west on the coast and Punta del Este is to the east. The Old Town of Montevideo gives a historical perspective to one of the more modern cities in South America.