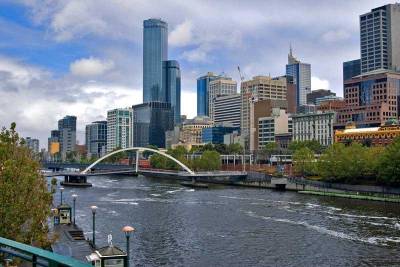 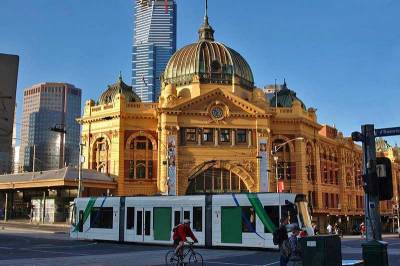 Flinders Street Station – the heart of Melbourne’s transportation network. It’s across the street from Federation Square where you will find restaurants, shops, art, culture and performances. The Melbourne Visitor Centre, Ian Potter Centre and the ACMI Moving Image gallery are located here. Catch a river cruise on the Yarra with three companies to choose from that embark from the square. Cross the Yarra River to Southbank. 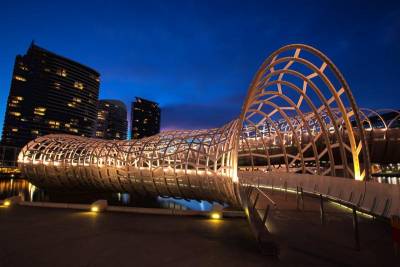 Visit the Docklands in the city centre for shopping, restaurants, river and bay cruises, walking and a Sunday market at Harbour Town. See Footy (Australian Rules Football) here at Etihad Stadium. Catch views of the Bolte Bridge and try the pedestrian only Webb Bridge. Check out the Southern Star Observation Wheel. 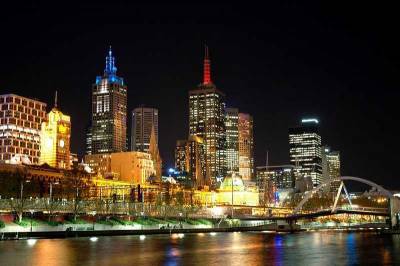 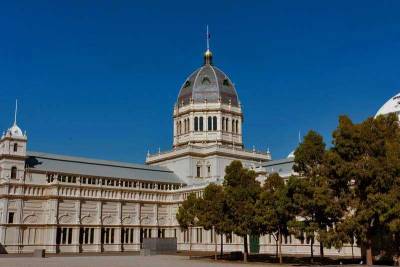 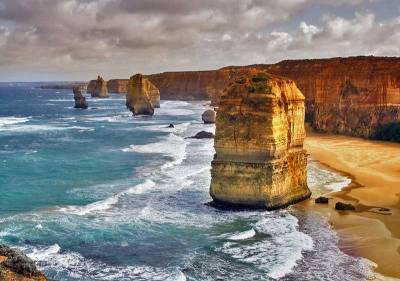 Phillip Island Nature Parks (Penguin Island) – About 2 hours from Melbourne and a popular tourist destination. Watch the penguins return to their nests from the sea each evening. They parade directly past the grandstand. Also see Koala Conservation Centre, Churchill Island and the Nobbies Centre. This is an excellent family destination dedicated to the preservation of Australian native species. Penguin numbers are highest in December. March is most likely the best month for good weather. 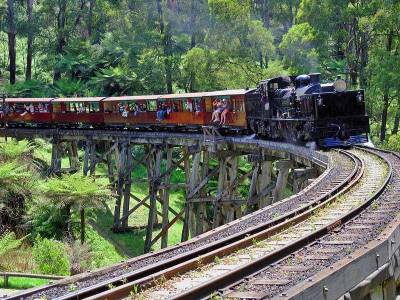 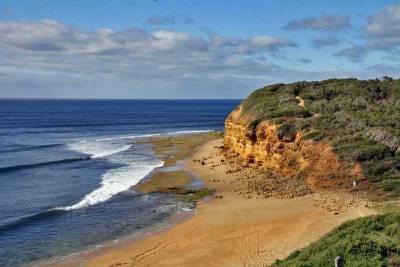 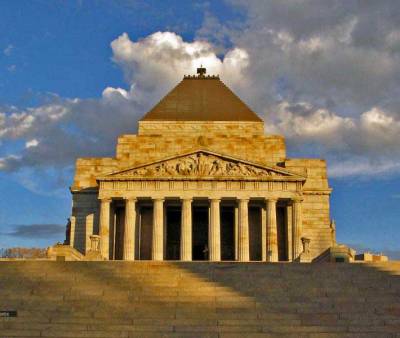 Melbourne is located in the Southern Hemisphere, so its seasons are reversed as compared to Europe or North America. Temperatures in the winter months, from May to September, average highs of about 15 C (60 F) and lows of 7 C (45 F). The summer months around December average 25 C (77 F) for highs and 13 C (55 F) for lows. Summer months can experience periods of very hot weather and high humidity. Rainfall is spread fairly evenly throughout the year. December is the best month for penguin viewing at nearby Phillip Island.

The airport is 25 minutes northwest of the city center and is accessed by taxi or Skybus. Skybus takes passengers to Melbourne City, Southbank, Docklands, St Kilda and Frankston. The PTV operates trains, trams and buses in the city.

Melbourne is the Garden City and the capital of the state of Victoria. It is also often called the cultural capital of Australia. The city was founded in 1835 and has an urban population in excess of 4 million, making it second in size only to Sydney. It is located where the Yarra River meets Port Phillip. The city prospered during the gold rush of 1851. Today’s architecture is a mixture of Victorian and modern buildings.