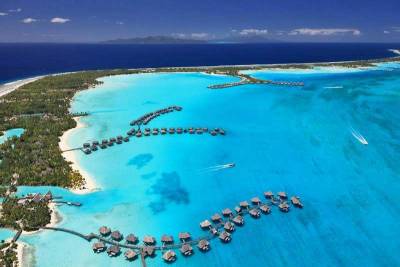 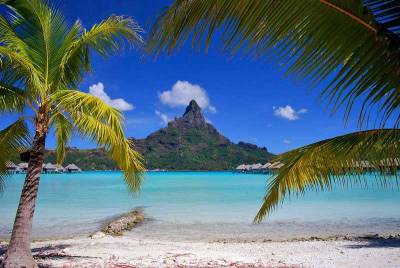 Cruise ships are infrequent in Bora Bora and the locals are glad to provide services to the influx of visitors. Cruise ship passengers will find many providers waiting on the docks at Vaitape with tour options at a savings from rates offered on the ship. Guests at hotels will find that they can arrange tours with the hotel. Some providers to consider are: 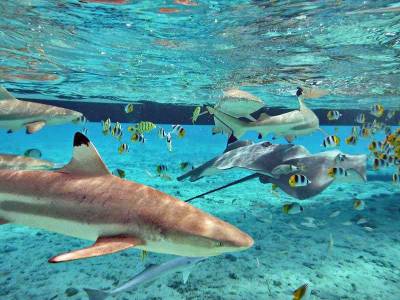 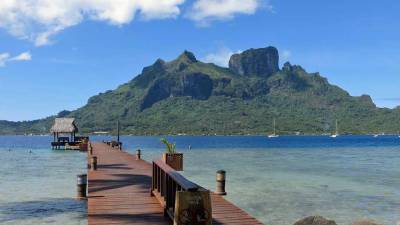 Visit Bora Bora by taking a one hour flight from Tahiti. The airport is located on one of the reefs (motus) surrounding the island. Airfare includes a ferry ride to Vaitape, but some hotels will pick up passengers in their own boats at the airport. The island is also accessible on cruise ships touring French Polynesia. Cruise ships enter the lagoon through a narrow gap in the atoll reef surrounding the entire island. They anchor near the town of Vaitape and tender passengers to shore for excursions. The island has a 22 miles long road around its perimeter. Le Truck makes circle island tours whenever cruise ships are in port. It operates a much less predictable schedule at other times. 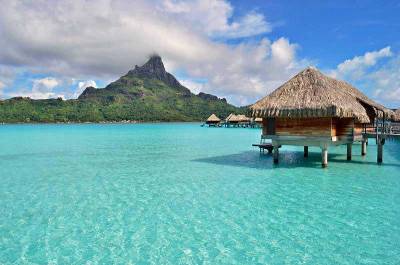 Expect very little variation in temperatures throughout the year. Average highs will be about 85 F (30 C) and lows will average 75 F (23 C). The rainy season extends from November to April. Even though December and January have high rainfall, the amount of daily sunshine is fairly consistent on a year round basis. Temperatures can be a few degrees higher from November to April, because Bora Bora is south of the equator. June through October are the popular tourists months, because they are dry and warm.

Bora Bora is located about 140 miles (230 km) northwest of Tahiti. The island is sometimes called the Romantic Island and author James Michener called it the “most beautiful island in the world”. A trip around the main island covers only 20 miles (30 km). The island’s population is about 10,000. The Bora Bora lagoon covers more area than the island. It has several overwater bungalow resorts.

Vaitape is the arrival point by ferry from the airport and is the only village of any size on the island. At the southern tip of the main section of the island, Matira is the location of the largest beach. The central part of the island is extremely mountainous, difficult to access and uninhabited. Unlike Tahiti and Moorea, most resorts on Bora Bora are not located on the island, but rather in the lagoons and small motus (reef islands) that surround it. This gives most resorts amazing views of the lagoon and its volcanic peaks. 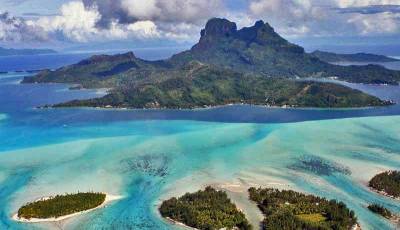 Bora Bora’s two peaks are side by side and yet they couldn’t be more different. Mount Pahia has a traditional volcanic cone shape. Mount Otemanu is taller and one of the most distinctive peaks in the world. From east or west it can appear to be sharply conical while in other views it is an impressive rectangular block with a slightly bevelled top.