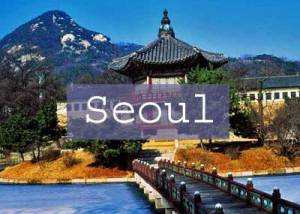 Although surrounded by the Sea of Japan and the South China Sea, Korea experiences a very warm summer.  Expect average highs around 85 F (28 C).  In the winter months from December to February, average highs are a few degrees above freezing and night time lows are below freezing.  Korea experiences the East Asia monsoon season in June and July.  The winter months are relatively dry.  Spring or fall are likely the best time to visit Korea if weather is a deciding factor.

Most visitors are exempt from a visa requirement for travel under 90 days.  More information can be found from the Korean Tourism Organization or check your specific country at VisaHQ.   For a list of exempt countries, visit Project Visa.

The currency of South Korea is the Won (KRW).

South Korea is often referred to simply as Korea.  More than 50 million live in South Korea.  The country is on the Korean peninsula and is bordered only by North Korea.  This area has a history dating back 4,000 years.  Seoul is the capital and largest city.  North and South Korean became separate countries in 1948.  Russia and China have been supportive of North Korean in the past.  The United States has provided military support to South Korea ever since the Korean War in the 1950s.  A demilitarized zone between the North and South Korea completely isolates the two countries from each other.  Since the 1960s South Korea has constantly improved its economy and its standard of living.